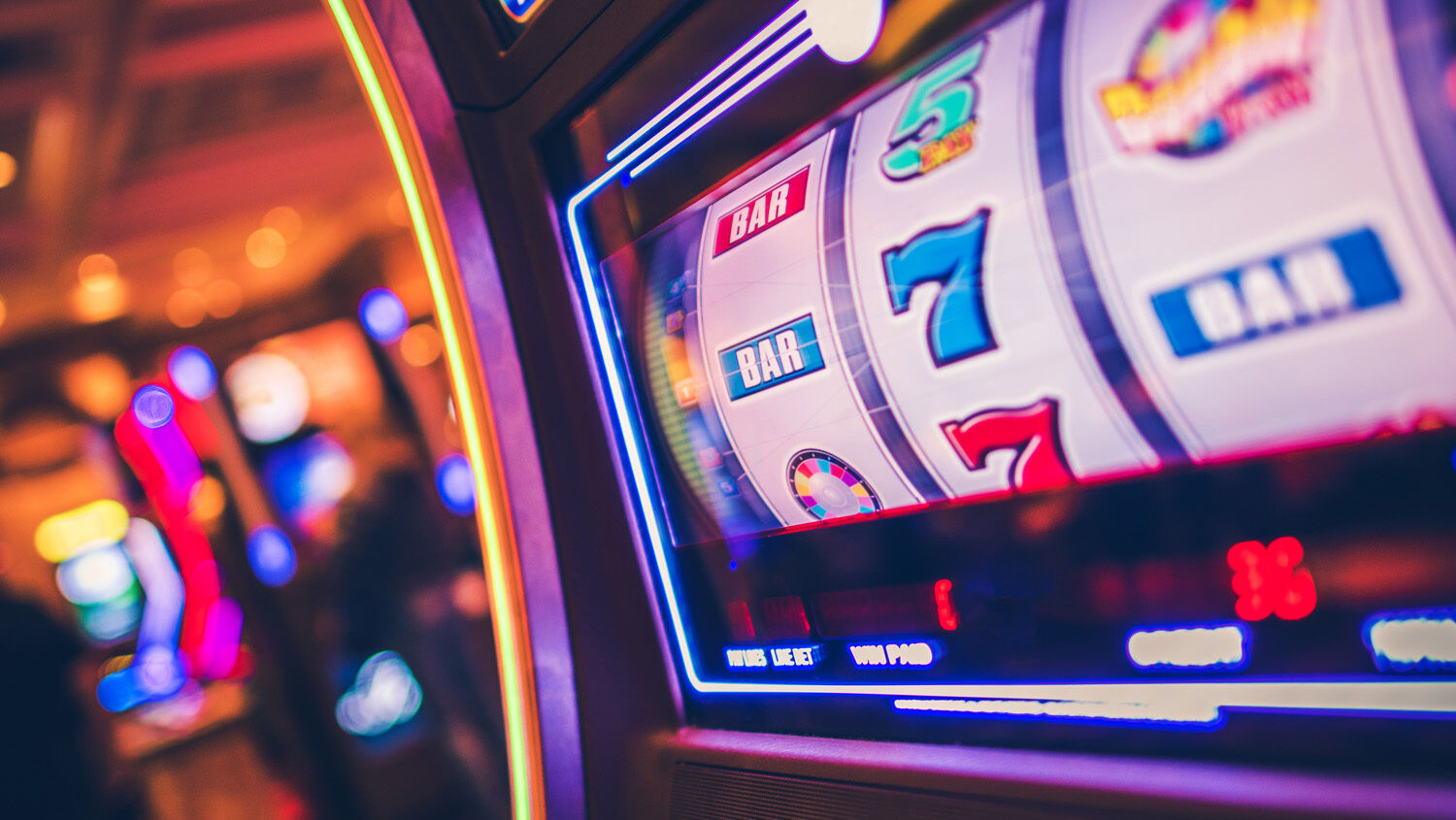 Is America’s pastime sports or betting on sports?

By Abraham Blondeau • May 16

The 2022 Kentucky Derby saw the biggest upset in over a century. Rich Strike came from the back to overtake the two favorites in the final stretch, winning the race. Rich Strike wasn’t even supposed to be a part of the race, but a last-minute scratch brought the horse into the lineup. Rich Strike had 80-to-1 odds to win.

The 2022 Kentucky Derby was the most heavily bet race to date. espn reported that $179 million in bets were placed, an increase of 17 percent over last year. Ironically, the least amount of money bet was on Rich Strike.

Since the early 20th century, most gambling has been confined to casinos, back alleys and shady bookies. Yet over the past four years, gambling has become a much greater part of mainstream America. It is quickly becoming one of the most lucrative businesses in the country. Gambling is becoming the new American pastime.

Americans spent a record $53 billion on gambling in 2021. Between casinos and gaming apps, revenue increased 21 percent from the previous record set in 2019. “The Las Vegas Strip is still king of gambling in America,” wrote Forbes. “The city brought in more than $7 billion in gross gaming revenue last year, according to the report. Atlantic City ranks number two with $2.6 billion in gross gaming revenue and the Chicagoland area comes in third with just over $2 billion.” To put this into perspective, that is more than double the revenue of all major professional sports leagues in North America and Europe.

In-person gambling is still the most popular form of gambling. Forbes explained: “Combined slot, table and physical sportsbook revenue hit $45.62 billion, or 85 percent of the total gambling revenue.” The legalization of gambling on sports has transformed this pastime.

In 2018, the Supreme Court cut down a 1992 law that limited sports betting to Nevada. Now over 30 states have made betting on sports legal. If you have watched any sports lately, you are fully aware of how easy it is to place a bet via your smartphone: Online sports betting advertising is on every commercial during games and on every billboard at stadiums. Will Leitch wrote at the Atlantic: “The nfl, nba, mlb, wnba and nhl (not to mention some college programs) have all signed lucrative deals with sportsbooks such as mgm, Bally’s, PointsBet and DraftKings. The Supreme Court struck down a federal ban on sports betting in 2018; last year it was a $26 billion industry.” Instead of flying to Las Vegas or finding a bookie in some shady alley, now all you need to do is open your smartphone and put money down on the game of your choice. In 2021, Americans put down $57.2 billion on sports bets. That is more than the cumulative revenue of books, music and movies.

Many of these online betting services are enticing Americans to engage in gambling when they may have never considered it before. “Before the legalization of online gambling, the great majority of Americans would go their entire life without being tempted to seek out a bookie or fly to the handful of jurisdictions in which in-person sports betting was permitted,” wrote Matthew Walther at the Atlantic. “Many of the commercials I see while watching football promote what are called ‘risk-free’ bets, a phrase that should probably fall afoul of various truth-in-advertising statutes. What they mean is that if you bet $300 and win, you will be able to withdraw your winnings …; if you lose, your forfeited wagers become credits that can be used for future bets. Risk-free bets serve one purpose: ensuring that you continue to make use of the platform.” A record number of Americans are putting their hard-earned money into these “no-risk” platforms.

The pandemic also transformed gambling, in general, by moving it onto online casinos. Not only can you bet on sports from your smartphone, you can also play casino games virtually. The revenue from these online casinos is quickly dwarfing the earnings of sports betting. In 2020, online gambling revenue globally was $66.7 billion. By 2030, the market is expected to reach $153.6 billion in revenue. It is estimated that 124 million adults in the United States engage in gambling each year, be it at casinos, online, or on sports. But it is not just America; over 19 million Canadians gamble each year, which is half of the country.

These statistics do not include those who participate in lotteries, which is another monstrous source of profit. In 2017, state lotteries sales topped $71 billion. cnbc reported: “Consumers each spend an average of about $86 a month on lottery tickets, including everything from scratch-off cards that come out of vending machines to entries for the Powerball and Mega Millions competitions.” The average American spends $1,038 per year on lotteries. Americans earning less than $30,000 per year spend 13 percent of their income on lottery tickets. Forty-nine percent of American adults have admitted to buying lottery tickets annually, which is about the same number of people who gamble annually.

Who does gambling actually benefit? Casinos, gambling platforms and lottery ticket providers are the real winners. Impoverished people trying to win the jackpot and find an easy way out of poverty suffer the greatest. People are tempted to try to make some fast cash by attractive advertisements and the ease of access. But these gambling platforms are designed to create addiction so that there is a steady stream of revenue. Especially in a time when many are facing economic hardship, gambling is an appealing or desperate way to find relief.

“The widespread legalization of sports gambling will undoubtedly create hundreds of thousands or even millions of gambling addicts, many of whom lose their homes, vehicles, families and dignity,” wrote Forbes. Currently 1 percent of Americans, 3.6 million people, have a severe gambling addiction; that’s 9 percent of U.S. adults. Gambling addiction is very similar to alcohol and drug dependency, and it often leads to other addictions and issues.

Gambling is yet another example of a behavior once looked upon as a vice and a crime becoming legalized and mainstream. Despite the reasonable expectation of widespread gambling addiction, many believe the money raised in taxes outweighs the societal costs. “Gambling also leads, indirectly, to increases in violent crime, suicide, divorce and bankruptcy,” wrote Stephen Marche at the Atlantic. “Problem gambling is a significant social cost; the pain of the lives that are ruined spreads to whole families. The rough social cost of a single problem gambler is about $10,000 a year.” Widespread gambling is associated with societal breakdown. Marche explained:

Betting tends to surge during periods of social breakdown. Russia saw a “gambling orgy” from 1905 until the outbreak of the Russian Revolution. The Communists believed it was a ploy by reactionaries, “associated with the revolutionary movement in the country and even referred to as government measures aimed at distracting the society from political rallies and meetings.” A similar wave of gambling roiled the French Revolution. “By the revolution of 1789, the four-story, quadrangular Palais Royal in Paris had become the most glittering tourist center of Europe, with 180 shops and cafes in its ground floor arcades,” according to a report in the Journal of Gambling Studies.

Widespread gambling is one of many troubling signs of America’s collapse. Bible prophecy warns that, in the end time, America will suffer from debilitating curses: “This know also, that in the last days perilous times shall come. For men shall be lovers of their own selves, covetous, boasters, proud, blasphemers, disobedient to parents, unthankful, unholy, Without natural affection, trucebreakers, false accusers, incontinent, fierce, despisers of those that are good, Traitors, heady, highminded, lovers of pleasures more than lovers of God” (2 Timothy 3:1-4). People are coveting wealth by exploiting people through gambling, and people are coveting money by trying to win the jackpot. Gambling is a direct violation of God’s law, and the Bible says breaking God’s law is the cause of all these curses on our society.