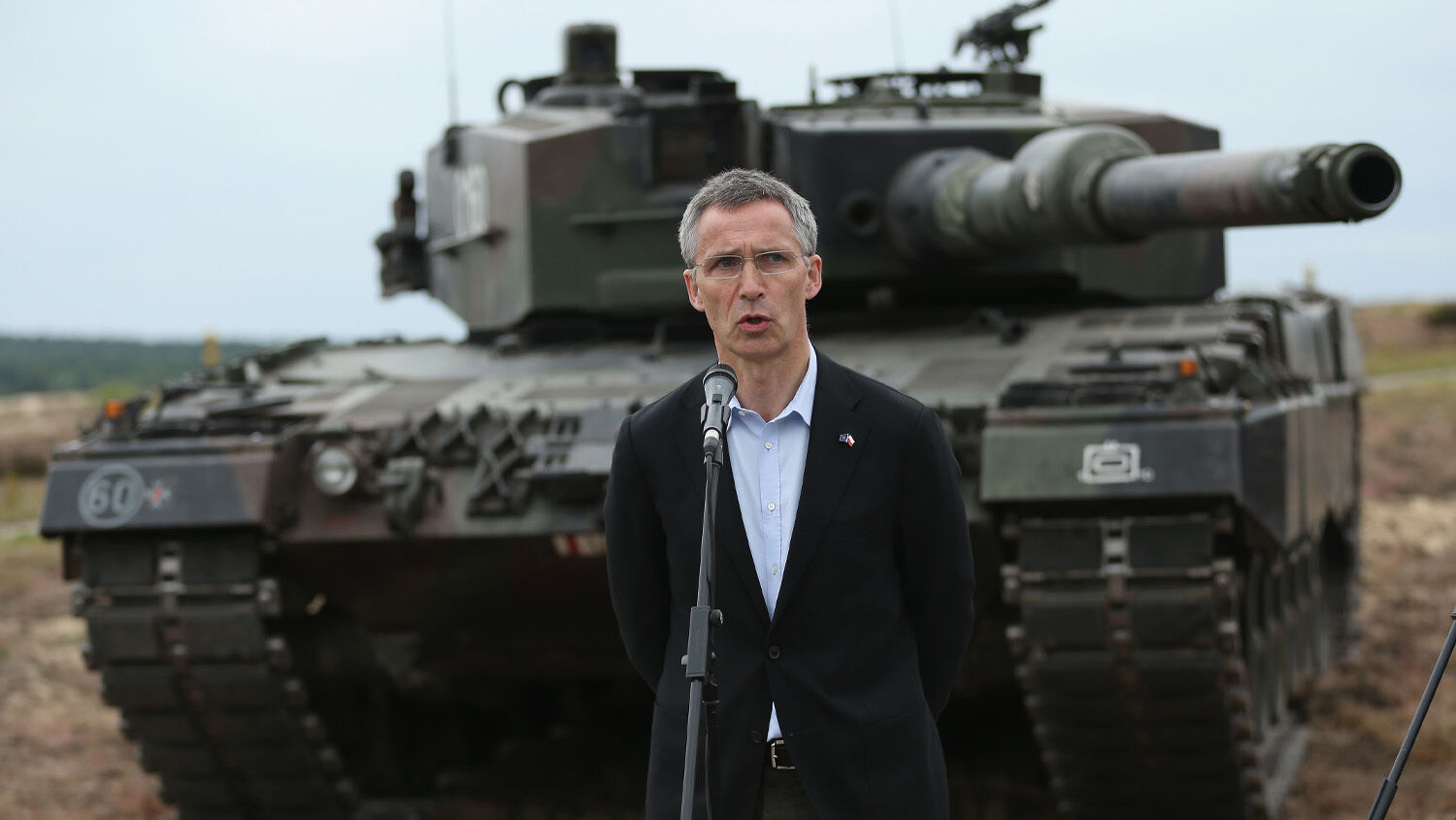 By Josué Michels • May 9

Russia is invading Ukraine and swallowing up Belarus. To prevent Russian President Vladimir Putin from going any further, European nations are putting their trust in Germany. In a May 7 interview, nato Secretary General Jens Stoltenberg noted that Germany has to take on a central role in fortifying Europe against a Russian invasion. Germany’s leadership in the North Atlantic Treaty Organization has steadily grown over the years to the point where one has to question if the original goals of the alliance are still being fulfilled.

In conversation with Germany’s Welt, Stoltenberg said: “We must do everything we can to prevent the war in Ukraine from spreading to other countries. That is why we are not sending nato troops to Ukraine. We are providing massive support to the country, but nato is quite deliberately not a party to the war. At the same time, we are strengthening troops and equipment on nato’s eastern flank to protect our members. Germany has a leading role in this. We leave no room for misunderstanding or miscalculation.” He also called German Chancellor Olaf Scholz’s announcement of an additional €100 billion in defense “an important political signal.”

Demand for German military leadership had been growing even before Russia invaded Ukraine. On Nov. 19, 2021, German Lt. Gen. Jürgen-Joachim von Sandrart became commander of nato’s northeastern flank, which oversees Estonia, Hungary, Latvia, Lithuania, Poland and Slovakia. “The people on nato’s eastern flank, in the three Baltic states and in Poland, rightly expect the defense alliance to which their countries belong to be ready and able to protect them against any threat,” von Sandrart told Bild at the time.

While European nations have grown used to looking to nato for protection, they are increasingly looking to Germany as well. But in the midst of demands for German leadership and military build-up, few ask what Trumpet editor in chief Gerald Flurry asked in 2014: “What does Germany do when it gets a strong military?” This question is more relevant today than ever because Germany is about to get a phenomenal military, with high tech equipment from U.S.-European cooperation.

Notice how nato’s first secretary general, Lord Hastings Ismay, described the alliance’s goals: “Keep the Russians out, the Americans in, and the Germans down.” He had a different understanding of German militarism. Since that time, Germany has grown in dominance and virtually controls the EU and leads many nato operations. Both of these trends are concerning. In “The Creeping Europeanization of NATO,” late Trumpet writer Ron Fraser warned in 2010:

There is a great contrast between those two entities, nato and the EU, in respect of their individual original mandates. The one, nato, was established as a protector and defender of the free democracies of the U.S., Britain, Canada and the democracies of Western Europe. It was the sole bastion of organized international resistance to the forces of tyranny. The other, the European Union, from its earliest beginnings, was never intended to be democratic. As Edward Spalton so rightly pointed out, “From its inception the EU worked to destroy the sovereignty of European democracies.” In that effort it has now succeeded by virtue of the ratification and implementation of the Lisbon Treaty/EU constitution.

Imperialist in motive and intent, the EU is patently, by definition of its present state, an empire, an expansionist imperialist entity of 27 nation-states and a collection of Balkan colonies. The third edition, revised, of the Oxford Dictionary defines an empire as “a large group of states ruled over by a single … ruling authority.” That is an apt description of the EU monolith within the context of the unreadable EU constitution in the guise of the Lisbon Treaty. In Spalton’s words, the British people, unknown to themselves, have become “accomplices in the creation of an old-style continental land empire.”

What will Germany do with the power it now has? “Do you dare read its history and see?” Mr. Flurry asked. “Once that military is in place, it will be put to use! This world doesn’t comprehend that because it doesn’t understand history and Bible prophecy. We just have to look at the truth to understand what we’re dealing with. Everything is moving at lightning speed.”

The Bible reveals plainly that the same empire that plagued the world during World War ii will rise again with even greater military power. “The beast that thou sawest was, and is not; and shall ascend out of the bottomless pit, and go into perdition: and they that dwell on the earth shall wonder, whose names were not written in the book of life from the foundation of the world, when they behold the beast that was, and is not, and yet is” (Revelation 17:8). Our booklet Germany and the Holy Roman Empire explains:

The Greek word for “bottomless pit” is abyss, which means underground. That means this great empire has continued to survive from the original Roman Empire; it has just been “underground” at times. There have been valleys in between the mountain peaks. The last seven heads, or resurrections, were prophesied to be guided by a great church. That is how church and state get the name “Holy” Roman Empire.

The sixth head ascended out of the underground. That means most of the world was ignorant of its existence. After it was defeated by the Allies in World War ii, it went back underground where it began deceitfully working to regain power over the world. There is no final defeat in their thinking. A defeat is only a setback in their goal of world domination!

For years, we have warned of Germany’s rise and militarization. It is now coming full force, and people are cheering for it. Is our world going to be deceived about the Fourth Reich just like it was about the Third Reich? The Bible sounds the alarm! I encourage you to request a free copy of Nahum—An End-Time Prophecy for Germany, by Mr. Flurry, to learn where these events are leading and why we warn about Germany while no one else does.