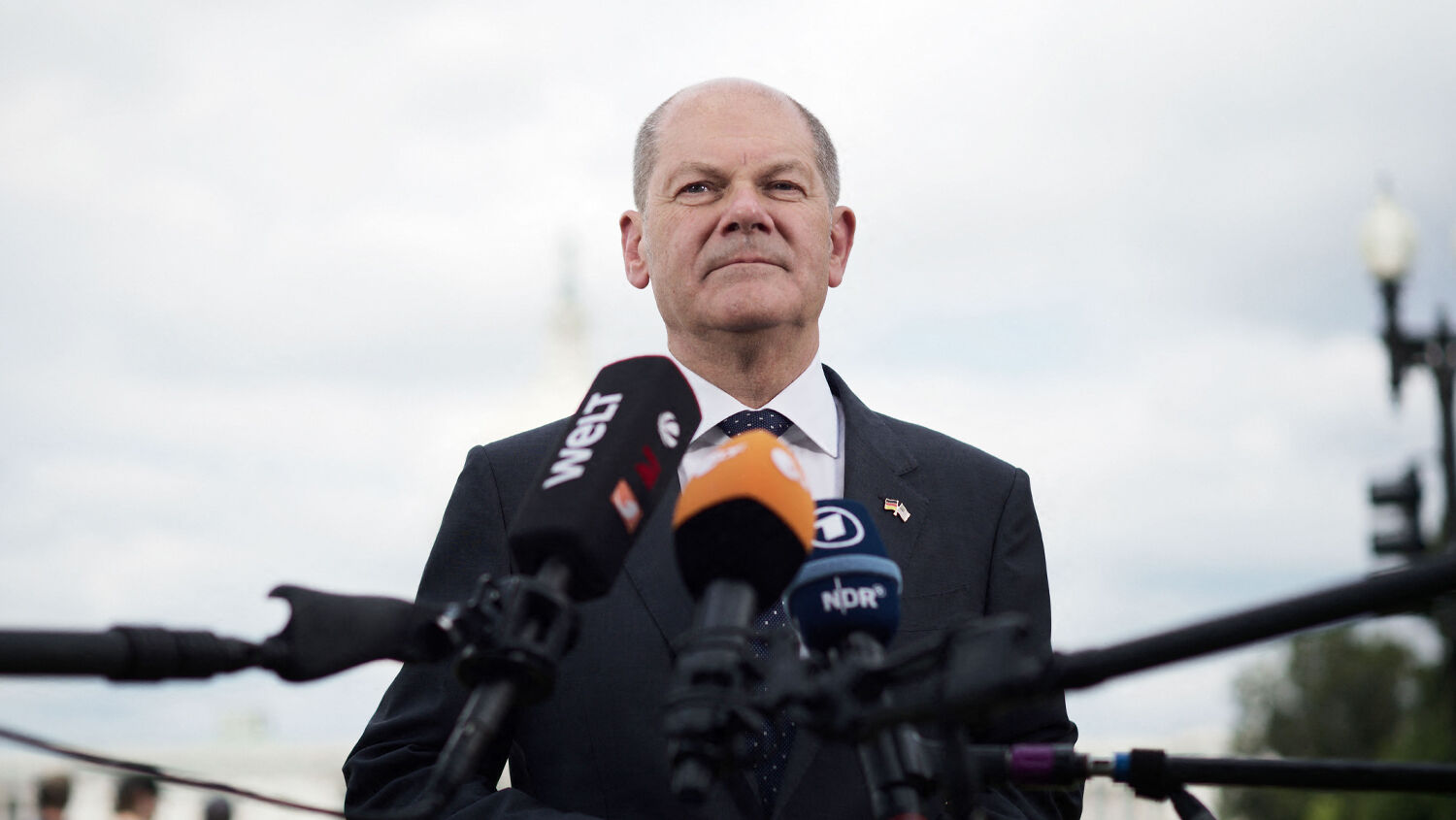 By Josué Michels • May 8

“The Western Balkans belong to Europe. All its countries must also belong to the European Union in the future,” German Chancellor Olaf Scholz said after a meeting with Kosovar Prime Minister Albin Kurti on May 4. This statement should have made headlines all over the world. It’s no coincidence that Germany has claimed the Balkans during Russia’s invasion of Ukraine.

Scholz noted that he hopes to achieve the Balkans’ integration into the EU “very soon” and that he wants to invite the six western Balkan countries to a meeting as part of the “Berlin Process” to promote regional cooperation.

Germany has been pushing to incorporate the Balkans under its jurisdiction. It’s important to remember this recent history and realize how it relates to the Ukraine crisis.

Though Ukraine is also part of Europe, Scholz has not said that it will “very soon” be a member of the EU. Germany has actually demonstrated through its actions that it is fine with Russia gobbling up Ukraine. Yet when it comes to the Balkans, Germany is singing a different tune.

The very fact that Kosovo has a prime minister Scholz can visit is by German design.

Kosovo, Bosnia and Herzegovina, Croatia, Montenegro, North Macedonia, Serbia and Slovenia were all once part of Yugoslavia. Kosovo was the last to declare independence in 2008. Most Western leaders accepted the declaration; Russia objected.

As Trumpet editor in chief Gerald Flurry explained in “Putin Remembers Yugoslavia,” Russian President Vladimir Putin knows what happened in that region and uses those events of more than two decades ago to justify his present-day war.

Yugoslavia was a Communist state, allied with the Soviet Union. Within Yugoslavia, the Serbs vehemently resisted Germany in World War ii and were brutally suppressed. Of all World War ii battlefields, the Balkans is the one Germany has been the least apologetic. No German chancellor has visited World War ii memorials in Serbia, for example, but many have gone to Poland. In 2021, Deutsche Welle wrote:

Serbia does not play much of a role in Germany’s historical recollection of World War ii. That is despite the fact that from April 6, 1941, when the Nazis invaded the kingdom of Yugoslavia, until their full retreat in 1945, hundreds of thousands of German soldiers were stationed in the Balkan country. The remains of more than 15,400 slain Germans are buried at 719 cemeteries across Serbia.

Evidence of atrocities committed by occupying German forces can be found in the countless graves that hold the remains of Serbs, Jews and Roma. Most died as resistance fighters—but at least 80,000 were killed as “atonement” for the relatives of dead German soldiers and officers.

Shortly after invading Yugoslavia in 1941, German commanders instructed soldiers to take hostages from all walks of life “to hinder the formation of gangs,” and as “preemptive protection.” As atonement for each German soldier killed by a resistance fighter, soldiers were ordered to be “ruthless” and kill 100 Serbian civilians; 50 were to be killed for each wounded soldier.

For that reason alone, Germany’s recent demands to integrate the Balkans into the EU should be alarming. But German atrocities didn’t end there.

In 1991, Slovenia and Croatia declared independence from Yugoslavia. In December 1991, Germany, followed by Pope John Paul ii, recognized the breakaway states; most Western leaders opposed it. Germany and the Vatican pushed for separation of the Balkans. Serbia and Montenegro insisted on forming a new Federal Republic of Yugoslavia, but their plans were never recognized. In the end, it took a bombing campaign led by the North Atlantic Treaty Organization and the United States to force Serbia into submitting to Germany. “Croatia’s breakaway led to civil war,” Mr. Flurry wrote. “Then Germany managed to get America and nato to do the dirty work!” The Yugoslav Wars, according to International Center for Transitional Justice, resulted in the death of 140,000 people.

In “Germany Should Not Underestimate Its Influence in the Korean Conflict,” Karl-Theodor zu Guttenberg wrote on Sept. 17, 2017: “The relative tranquility in the Balkans is a success of both German diplomacy and military efforts.” That’s one way to see it. But in Germany’s Conquest of the Balkans, Mr. Flurry explains that Germany was behind the events, inspiring the turmoil that led to the eventual military intervention. At the time, a handful of commentators saw through Germany’s deceit.

In 1999, the New York Times wrote, “Strong German support for Croatian independence from Yugoslavia, and Croatia’s adoption of the hymn ‘Danke Deutschland’ when that independence came in 1991, only reinforced Serbian misgivings” (March 26, 1999). Croatia clearly knew its revolt succeeded because of Germany. After all, they didn’t sing “Danke nato”! They didn’t sing “Danke America”! They thanked the Germans, because the Germans orchestrated all of it! And if you think Germany doesn’t have ambitions beyond the Balkans, then you don’t realize what is happening.

“First of all, the Germans want to control Europe,” writes Mr. Flurry in Germany’s Conquest of the Balkans. “To do so, they must gain control of the Balkans, where their fiercest enemy is the Serbs. For the most part, the Serbs have been silenced.”

Germany wants the Balkans; Russia wants Ukraine. Could it be that the two have agreed to a deal? “I believe that Germany’s leaders may have already agreed to a deal with Russia, a modern Hitler-Stalin pact where Germany and Russia divide countries and assets between themselves,” Mr. Flurry wrote in 2008. “This agreement would allow each to turn its sights on other targets. Any such deal that may have been struck between Germany and Russia is a precursor to war!”

Certainly Russia and Germany have their grievances, but they appear to agree on how to divide Europe.

The late Herbert W. Armstrong foretold such a turn of events in 1956, writing: “The strong indication of these [Bible] prophecies, then, is that some of the Balkan nations are going to tear away from behind the Iron Curtain. Russia has lost already, to all appearances, [former Yugoslav President Josip Broz] Tito’s Yugoslavia. Russia probably will lose still more of her Eastern European satellites. But communism, prophecy indicates, will continue to make gains in the East—probably in Indo-China, Malaya, Japan, India. For more than 22 years I have been telling the radio audiences that communism will engulf and control the manpower of the yellow races by the time of the swift-approaching crisis of world upheaval.” Mr. Armstrong was referring to the prophesied rise of the beast of Revelation 17, a union of 10 European nations or groups of nations.

European leaders are actively working right now to revive the Holy Roman Empire that has ruled Europe for centuries. The integration of the Balkans is part of this revival. To understand the significance of the Balkans in the context of Bible prophecy, request a free copy of Germany’s Conquest of the Balkans, by Gerald Flurry.