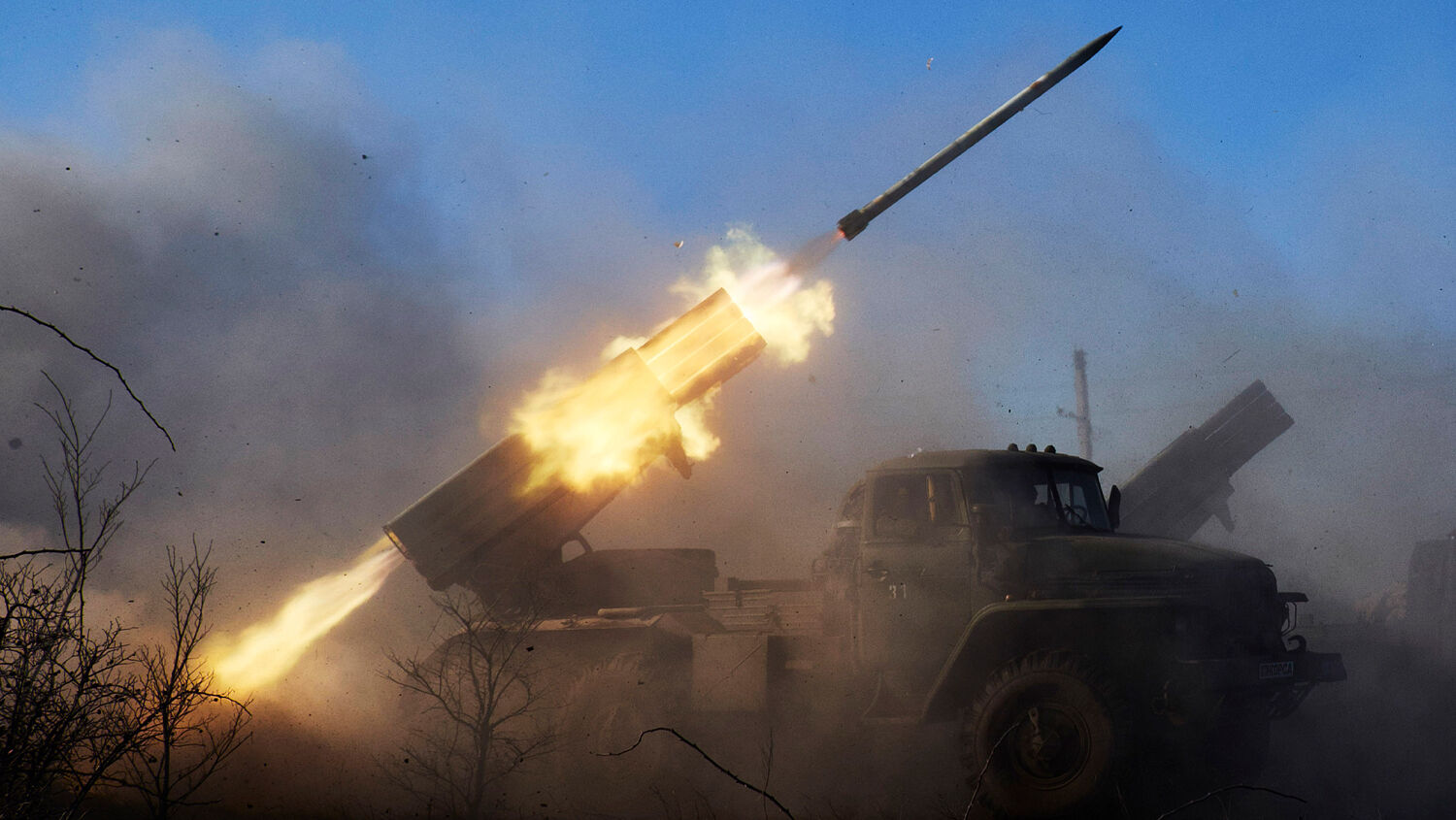 Bible prophecy has the answer.

On April 28, Russian state television showed a simulation of nuclear war and how quickly European capitals could be obliterated. The hosts on Channel One’s 60 Minutes program discussed how Russia could respond to the United Kingdom’s support for Ukrainian counterstrikes. They concluded that cities like London, Paris and Berlin could be hit within 200 seconds of the nuclear missiles being launched. The chairman of the nationalist Rodina party, Aleksey Zhuravlyov, said: “One Sarmat missile and the British Isles will be no more.”

How realistic these scenarios are largely depends on a leader’s willingness to use nuclear weapons. The UK and France have nuclear weapons, and Germany has access to American nukes. In an age of hypersonic weapons, stealth fighter jets and cyberattacks, the threat of nuclear war is becoming increasingly real.

On April 20, Russia announced it had again tested its Sarmat, or Satan ii, missile. “This is probably the most destructive single weapon on Earth,” Ian Williams, from the Center for Strategic and International Studies think tank, told the Telegraph. The Satan ii, Russia’s latest intercontinental ballistic missile, can carry nuclear weapons and fly undetected. Following the first tests in 2017 and 2018, Russian President Vladimir Putin said it would leave Western defenses “completely useless.”

While some commentators have downplayed the threat, just one missile that bypasses the defense mechanisms could potentially destroy an entire state in the United States or a country in Europe. The more of those missiles Russia has—the more likely it is that one will get through Western defense.

As explained in “Germany’s Secret Alliance With Russia—Exposed!” Russia and Germany are currently closely cooperating. Although this cooperation indicates that an imminent war between the two is unlikely, it shows that we have entered a dangerous new world. The cooperation is a warning to the English-speaking people. It shows that Germany values Russia more as an ally and is willing to betray America and Britain.

Furthermore, Russia and Germany only have a few common geopolitical goals—at the end of which lies a major conflict of interest.

Trumpet editor in chief Gerald Flurry wrote in 2008: “I believe that Germany’s leaders may have already agreed to a deal with Russia, a modern Hitler-Stalin pact where Germany and Russia divide countries and assets between themselves. This agreement would allow each to turn its sights on other targets. Any such deal that may have been struck between Germany and Russia is a precursor to war!”

History and recent events have shown that the existing hostilities and competing geopolitical goals between Russia and Germany are not easily overcome. Germany today lives with the fear of a nuclear-armed Russia drawing closer and closer to its border.

The Bible reveals that the geopolitical ambitions of Germany and Russia will lead to massive devastation. Mr. Flurry discusses the future of nuclear war in his booklet Nuclear Armageddon Is ‘At the Door,’ highlighting a prophecy in Matthew 24: “For then shall be great tribulation, such as was not since the beginning of the world to this time, no, nor ever shall be. And except those days should be shortened, there should no flesh be saved: but for the elect’s sake those days shall be shortened” (verses 21-22).

The Bible also shows who the main power blocs will be. In “Russia’s Attack Signals Dangerous New Era,” Mr. Flurry explained in 2008:

We often quote Daniel 11:40, which speaks of a clash in this end time between the king of the north—that European empire—and the king of the south, a radical Middle Eastern power led by Iran. At the time this prophecy is fulfilled, America is so weak, it is not even mentioned!

You can already see the fulfillment of this prophecy occurring in embryo today! Europe is deeply troubled by developments in Russia and China. It is plotting what to do about it. Daniel’s prophecy continues, “therefore he shall go forth with great fury to destroy, and utterly to make away many.” This European empire will launch a furious preemptive strike against that Asian army. These events are also described in detail in the book of Revelation.

Revelation says the Asian army will number an astonishing 200 million men! And it is going to counterattack against Europe and obliterate it. This is warfare like this world has never seen.

Russia and Germany are cooperating today—but soon they will clash with such violence that Jesus Christ Himself will have to intervene to stop it. There are many prophecies that discuss this time of “great tribulation.” Only in our day is such devastation possible; only in our day could Asia muster a 200 million man army; only in our day is Europe united to fulfill these prophecies. What the Russian tv hosts simulated may become reality; the Bible indicates that Europe will attack the English-speaking people and that Asia will obliterate Europe in response. But even in this message, the Bible provides hope.

I encourage you to request a free copy of Nuclear Armageddon Is ‘At the Door’ to understand how the greatest horrors ahead will lead to the most wonderful news mankind could ever hear.