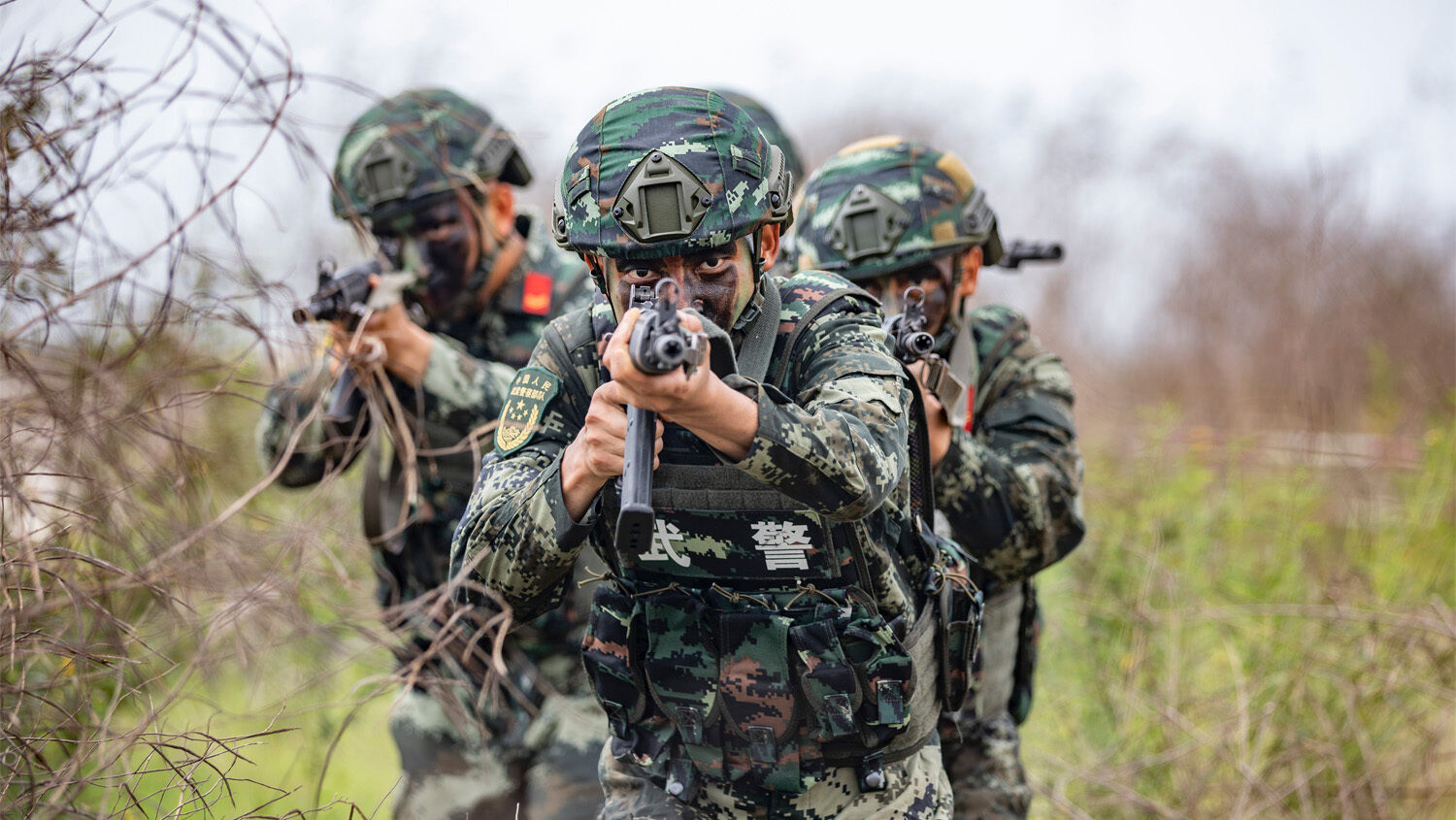 Officers and soldiers carry out a comprehensive anti-terrorism exercise in an unfamiliar area in South China’s Guangxi Zhuang Autonomous Region, May 12, 2021.
Costfoto/Future Publishing via Getty Images

The rumors of war are growing louder and louder.

Even amid inflation and the pandemic, world military spending increased for a seventh consecutive year, according to an April 25 study. According to the Stockholm International Peace Research Institute (sipri), 2021’s global defense spending reached $2.1 trillion, an all-time high.

The United States was, by far, the largest spender at $801 billion. However, that was actually a 1.4 percent drop from 2020. Adjusting for inflation, that’s quite a significant drop. In addition, most of the spending was in military technology rather than hardware. So even though the U.S. was the largest spender, the other major powers’ increases might be more significant.

But the growth wasn’t limited to these powers. Germany, Japan, Ukraine, Nigeria, Qatar and Israel all increased their defense spending too. The world we live in is becoming more dangerous. Governments recognize this reality and so they are spending more on defense.

Since Russia annexed the Crimean Peninsula in 2014, Ukraine’s military spending has increased by 72 percent. Increased Chinese military activity in the Asia Pacific has contributed to Japan increasing defense spending by 7.3 percent. This marks its highest annual increase in half a century. It’s on track to double its defense spending this year. That would set its defense budget at about $108 billion, breaking post-World War ii restrictions. India said its increases were due to tensions at its border with Pakistan. Nigeria’s increase has been in response to rising extremism and violent separatist insurgencies. Meanwhile, Israel and Qatar have also increased defense spending due to Iran’s growing hostility.

All of the aggressor nations are increasing their defense spending too. Iran, for example, increased its military budget for the first time in four years. Its $24.6 billion defense budget placed it in the top 15 spenders in the world. That means only 14 nations spent more on defense last year than the number one terrorist-sponsoring nation in the world.

And then there’s Germany. It spent $56 billion on its military in 2021, which amounted to 1.4 percent of its gross domestic product. Following Russia’s invasion of Ukraine, however, Germany vowed to increase its spending to 2 percent of gdp, in addition to a supplementary $100 billion this year.

“The region is arming at an alarming rate,” Nan Tian, a senior researcher at sipri told cnbc. “Countries are playing with each other in terms of action-reaction, where when one country increases [purchases], another country [also] increases, procuring more weapons.”

In a world fraught with so many tensions and hostilities, governments want to be prepared. Russia’s war on Ukraine is a reminder of just how close this modern world is to war. Many leaders are acting in anticipation of war breaking out. Nobody wants to be caught off guard or unable to put up a fight. And so, the weapons buildup is ongoing. And in many cases, it is a nuclear weapons buildup.

This exact eventuality was prophesied in the Bible. Jesus Christ Himself summarized the events that would take place at the time of the end. He said that we would “hear of wars and rumours of wars” and that “nation shall rise against nation” (Matthew 24:6-7). The rumors of war are growing louder. The shadow of another world war looms ever larger.

An estimated 60 million people died in World War ii. World War iii will be a nuclear war. Many experts believe that society is too advanced for another world war to take place. Many experts also believed that Russia would never invade Ukraine.

Notice what Trumpet editor in chief Gerald Flurry writes in Nuclear Armageddon Is ‘At the Door’:

Many nations have weapons of mass destruction—including nuclear bombs. The Prophet Daniel called this “the time of the end”—or as Moffatt translates it, “the crisis at the close”—the crisis of all crises! …

How many traditional Christians heed His warning? How many Christian leaders do you hear even discuss Matthew 24? It is the most important prophetic message Christ gave when He was on this Earth! They talk about the person of Christ continually—but not His message.

One third of your Bible is prophecy. Yet traditional Christians virtually ignore it all!

Nobody can afford to ignore the message. World war is coming for this entire Earth, just as surely as invasion came upon the people of Ukraine. The only way to know for sure what is coming is to study God’s Word. Request a free copy of Nuclear Armageddon Is ‘At the Door.’ Study it alongside your Bible and prove for yourself just what is on the horizon.