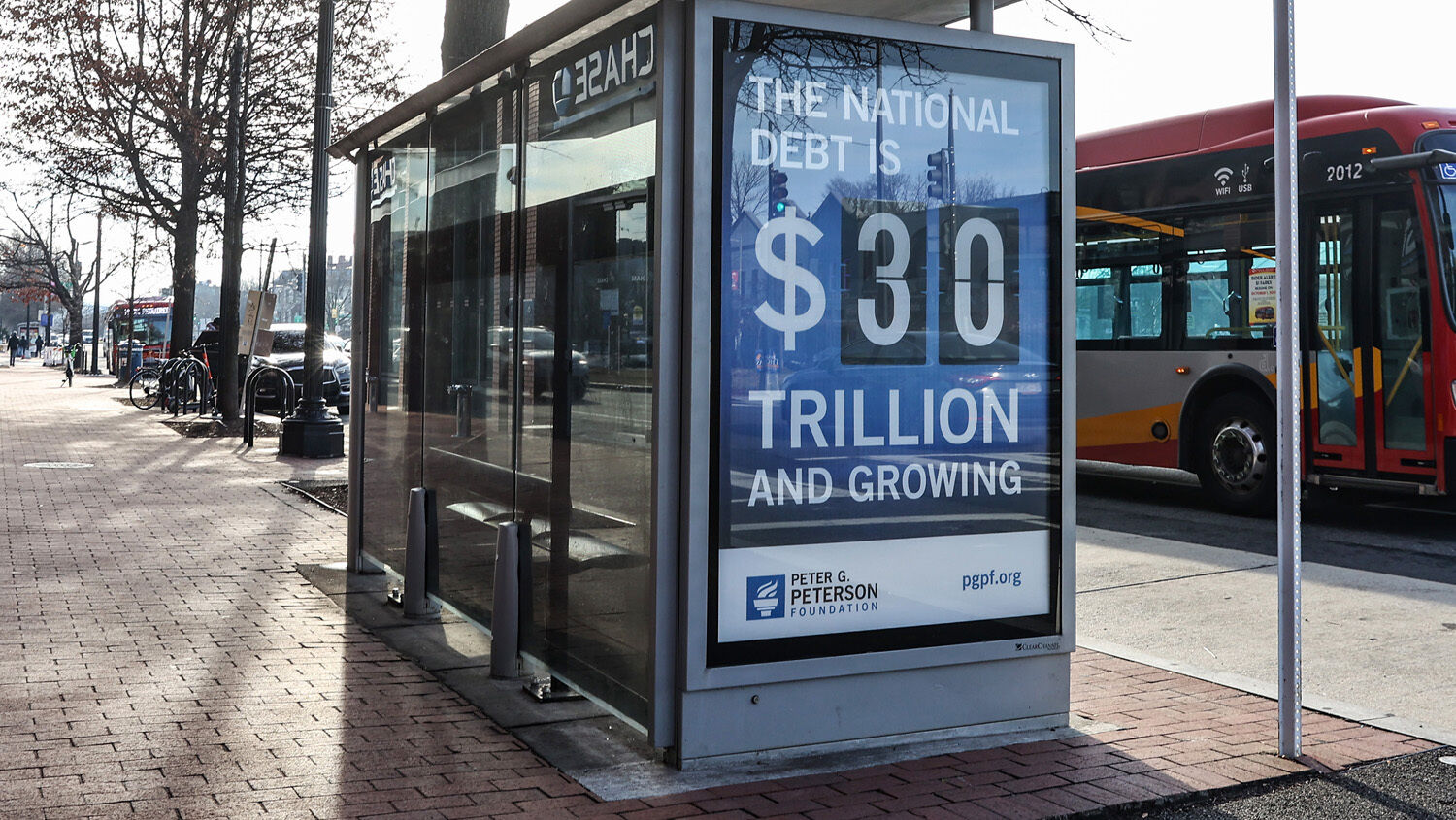 The real national debt is $193 trillion when you tally up the unfunded liabilities.

One in five Americans believes inflation is the top economic crisis facing America. Yet the inflation rate will likely fall over the next few months as the Federal Reserve makes it expensive to borrow money. But the debt the federal government has accrued by mailing out covid-19 stimulus checks, welfare checks, Medicare checks, Medicaid checks and Social Security checks will plague the United States for the foreseeable future.

While sending $804 billion to low- and middle-income households via three rounds of covid-19 stimulus payments, the federal government spent all of its tax revenue on social welfare programs during the pandemic. Therefore, it had to borrow money to fund the military, run the government, and pay the interest on the national debt. This borrowing increased the national debt by more than $6 trillion.

Debt has put America on a path to financial ruin and is the nation’s real top economic crisis.

The Biden administration has not addressed this crisis except to signal that Social Security beneficiaries will likely see an 8.9 percent increase in their monthly checks next year. This increase is reasonable considering the current inflation rate but will cost taxpayers billions. Bloomberg financial analysts Dave Merrill and Chloe Whitaker estimate that America needs millions of more taxpayers to keep the current Social Security system solvent. But to get these taxpayers, the nation needs to double either its birth rate or its immigration rate. Otherwise, America’s 70 million Social Security beneficiaries may see their checks greatly reduced.

Financial analysts used to estimate that the Old-Age and Survivors Insurance Trust Fund would run dry by 2034, but the number of people who retired during the covid-19 pandemic pushed that date up to 2033.

“Make no mistake, this looming budget calamity will be a severe threat to our future at every level and for almost every household in the nation,” Kristin Tate at the Hill wrote regarding this looming Social Security crisis. “Where are the news reports and opinion pieces like the ones we see about climate change or the government darkness that threatens to kill democracy? Immediate reforms are necessary to prevent a fiscal fiasco that will mirror the European Union crisis a decade ago or the forerunning of the French Revolution.”

For most of American history, people managed their own retirement accounts or relied on their children to care for them in their old age. But ever since 1935, many Americans have turned this vital component of financial planning over to the federal government, and the results have been disastrous. The average American worker contributes $3,045 to the Social Security Fund via payroll taxes each year, yet there is a possibility that they will never see any of this money again because the government has mismanaged the accounts.

America’s $163 trillion in unfunded promises dwarf even its $30 trillion national debt. And it could lead to a French Revolution-style insurrection when the 60 percent of Americans who receive more in government benefits than they pay in taxes wake up to the fact that the benefits may not continue much longer.

Since taxpayers will ultimately be responsible for the $30 trillion national debt and the $163 trillion Social Security and Medicare unfunded liabilities, every man, woman and child in America owes $572,000. So, there is no way for them to pay off this huge sum while still saving for retirement and purchasing the necessities of life.

The Bible tells us, “The wicked borrows, and cannot pay back …,” and “A good man leaves an inheritance to his children’s children …” (Psalm 37:21; Proverbs 13:22; Revised Standard Version). Yet Americans are preparing to leave their grandchildren destitute with an enormous debt several times the size of the overall economy.

Nathanael Blake at the Federalist noted, “Federal deficit spending is not like going into personal debt. It is like Grandma going on a binge with her grandchildren’s credit cards. It is parents signing away their children’s future for some government handouts now. It is wrong to place our children and grandchildren under enormous debt.”

The Roman Empire fell when the state could no longer obtain sufficient resources through taxation and was forced to debase its currency to raise revenue. The tax reforms of Diocletian were so draconian that many landowners were driven to bankruptcy, as those living off welfare became more numerous than those paying taxes. Robert Adams summarizes this catastrophic history in his book Decadent Societies, saying that “by the fifth century, men were ready to abandon civilization itself in order to escape the fearful load of taxes.”

This is important history to consider as you read headlines like “You Owe More Than $500,000—and Counting.” America is going the way of Rome unless God intervenes to perform a miracle—and He will not do that until the nation repents of the materialism and other sins that brought it to the brink of destruction.

For more information on the existential threat that debt and out-of-control spending pose to America, please read “The Biggest Threat to America’s National Security,” by Trumpet managing editor Joel Hilliker.