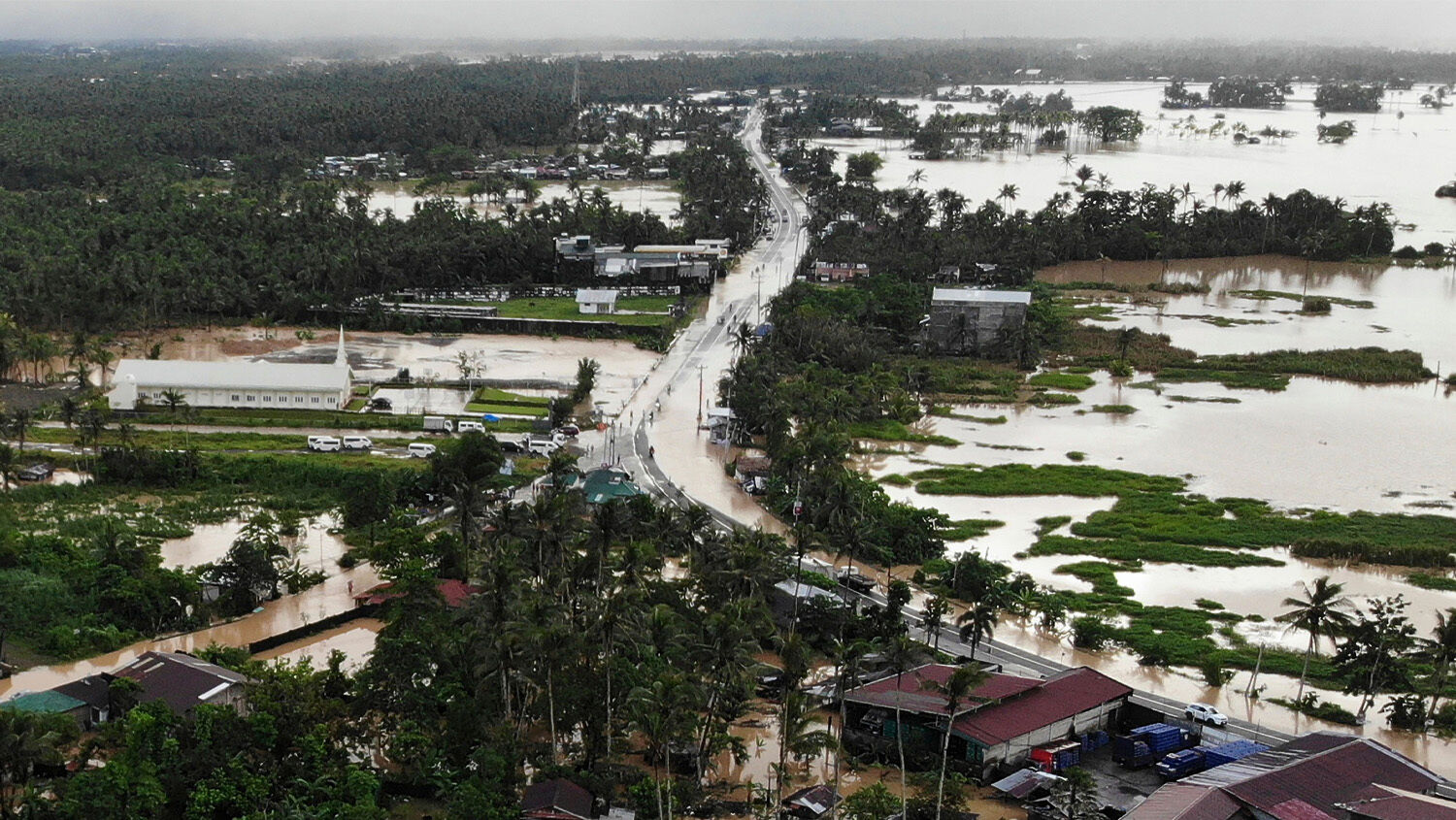 An aerial photo in April shows highway and houses submerged in the Philippines.
BOBBIE ALOTA/AFP via Getty Images

What is wrong with all of this wet weather?

Floods have devastated various regions of the world almost simultaneously. The Philippines, South Africa, Australia and Argentina have all experienced severe levels of flooding just in the month of April. The floods have caused hundreds of deaths and led to massive amounts of property damage.

In the Philippines, the flooding was caused by Tropical Storm Megi. Megi made landfall on April 10 and proceeded to devastate the island country’s coastlines. The bbc reported that, as of April 16, at least 167 people had died from the flooding and landslides; 110 people were reported missing, and 1.9 million altogether impacted.

Megi had winds reaching up to 40 miles per hour, with gusts reaching up to 49 mph. The Philippine government estimated April 13 that the total agricultural damage from Megi is over $8 million.

Some areas were hit worse than others. In Pilar, a community in Leyte Province, the floodwaters carried about 80 percent of the houses out to sea. The city of Baybay, also in Leyte, had landslides that buried communities.

Meanwhile, in South Africa, heavy rains have brought catastrophic flooding to the province of KwaZulu-Natal, especially to the city of Durban. The floods descended between April 11 and 13. According to the Associated Press, 448 people from Kwazulu-Natal have died in the floods. Over 40,000 are missing. According to the KwaZulu-Natal government, about 4,000 homes were destroyed in the floods, with double that number damaged.

“We’re traumatized; we can’t even eat,” Boniswa Shangase, a flood survivor, told the bbc. “For the whole day I didn’t eat because I don’t know what to do.”

The South African government has declared a state of emergency and announced it will send over 10,000 soldiers to assist with recovery and relief delivery. It also announced $67 million in relief money.

There was also severe flooding in Australia. Almost a month’s worth of rain fell on Sydney on April 7. This not only put greater Sydney’s 5 million-plus residents at risk, but also brought a severe weather warning on roughly 373 miles of Australia’s east coast. The effects of Australia’s flooding haven’t been as disastrous as the floods elsewhere, but at least one person has died.

This was the third intense weather system to hit this part of Australia in weeks. During the first week of March, parts of eastern Australia received over a year’s worth of rainfall in about a week. At least 22 people died in the previous flooding. The Center for Disaster Philanthropy called the March flooding “Queensland’s worst flooding since 2011.” The total insurance market loss for eastern Australia’s flood season is at about $2.9 billion. This would be the “largest flood loss on record” for Australia’s insurance industry, according to Insurance Insider.

Argentina’s Corrientes province has also been hit with heavy flooding, Reuters reported on April 19. This is months after wildfires tore through the area. Thankfully, nobody seems to have died in the flooding, but it did cause some evacuations in small towns and flood cattle pastures.

Something is wrong with the weather. But what exactly is the cause?

It’s easy to point the finger at climate change. Roman Catholic Archbishop of Durban Siegfried Mandla Jwara said, “Last night in church I talked a lot about climate change because there are people who don’t quite understand, but now we can see its consequences.” Climate change activists filed a criminal complaint against South African President Cyril Ramaphosa for not taking “practical action to address the climate crisis,” blaming him for the flooding.

But are rising carbon emissions to blame? Australia received a typical year’s worth of rain in a week. Argentina was inundated with water after suffering a terrible fire season. One would think that a slight uniform rise in global temperature would have brought stable, uniform effects all over the planet, even if the effects are uncomfortable. Instead, the weather is becoming highly volatile and unpredictable. And the disasters are getting worse and worse.

It’s almost as if someone is controlling the disasters.

Claiming mankind could alter the climate so easily gives man too much credit. The Bible reveals it is actually God who ultimately controls the weather. Leviticus 26:4 shows that God gives “rain in due season” to those who fear Him. In Deuteronomy 28:12, God calls rightly timed rains “his good treasure.” God says in Job 28:11 that “He bindeth the floods from overflowing ….”

God also promises weather disasters for disobedience to Him and His laws. For the sins of Noah’s day, God brought so much rain that the whole Earth was flooded (Genesis 7:4). During the time of the Exodus, God rained hail on the Egyptians for their sins (Exodus 9:23). Nahum 1:8 reads: “But with an overrunning flood he will make an utter end of the place thereof, and darkness shall pursue his enemies.”

God was the one in control of the floods in the Philippines, South Africa and elsewhere. But does this mean that God is spiteful and loves causing chaos to poor, unknowing humans? Absolutely not.

Ezekiel 33:11 reads: “… As I live, saith the Lord God, I have no pleasure in the death of the wicked; but that the wicked turn from his way and live: turn ye, turn ye from your evil ways; for why will ye die, O house of Israel?” God uses the weather—weather events beyond a man’s ability to control—as a way to get the world to wake up to where their ways are leading. More importantly, it’s the way God gets the world to know Him. “Then shall they know that I am the Lord, when I have laid the land most desolate because of all their abominations which they have committed” (verse 29).

“The God of the Bible is indeed all-powerful, all-knowing and all-loving,” states our Trends article “Why the Trumpet Watches Increased ‘Natural’ and Weather Disasters.” “He promises to bless people for obedience and curse them for disobedience.”

If you believe the God of the Bible, you know that droughts, floods and other disasters are curses for disobedience. The solution to such curses is repentance. For our land to be healed, we must understand these promises.

2 Chronicles 7:13-14 say, “If I shut up heaven that there be no rain, or if I command the locusts to devour the land, or if I send pestilence among my people; If my people, which are called by my name, shall humble themselves, and pray, and seek my face, and turn from their wicked ways; then will I hear from heaven, and will forgive their sin, and will heal their land.” That is an absolute promise. If we turn from our wicked ways, God will forgive our sin and heal our land. This is a powerful scripture from the living God telling us how to solve our problems.

And to get them to turn away from sin and toward the one who promises protection—to the one who wants to bless them and their land.