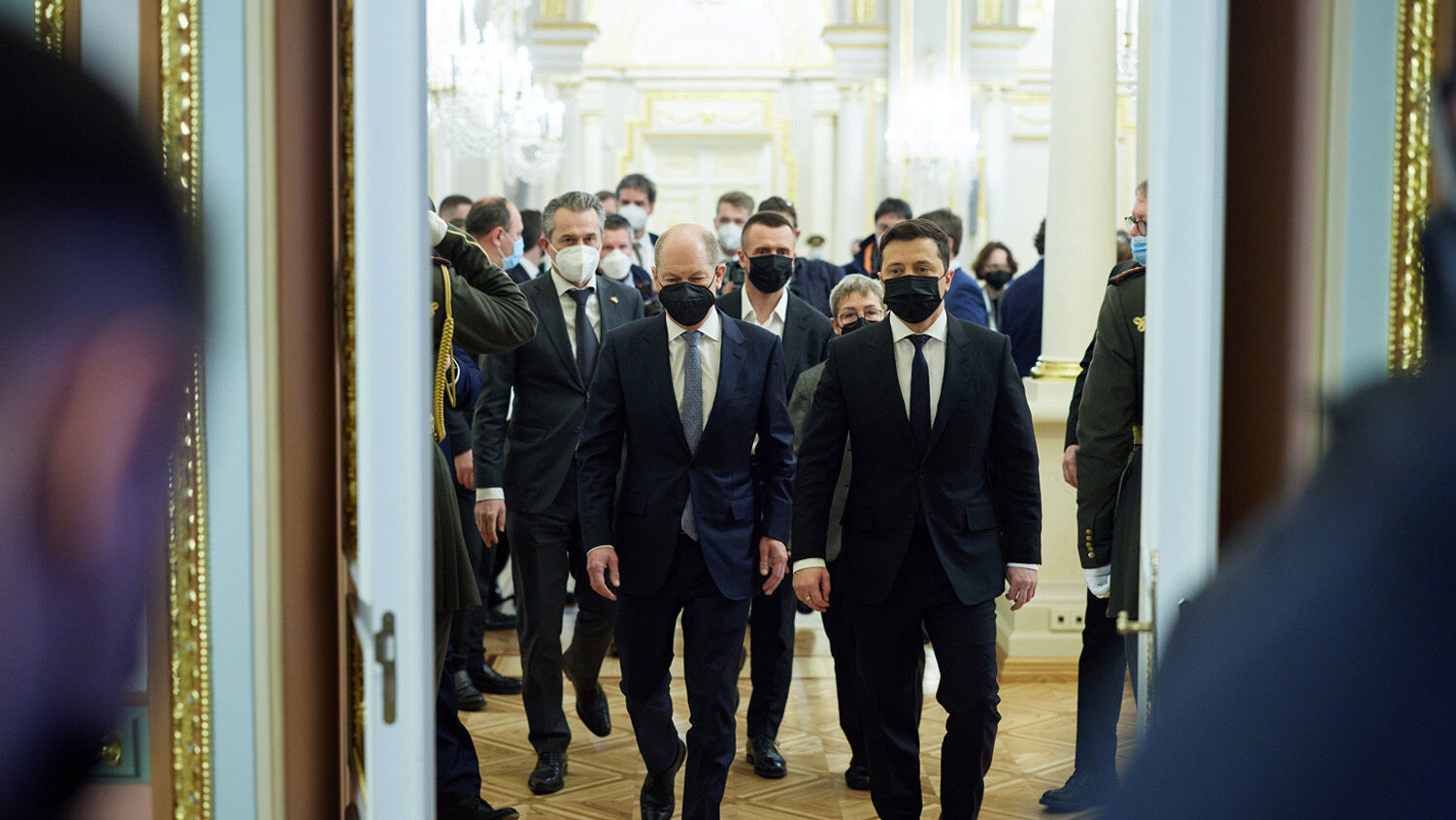 As Ukraine faces large-scale deaths and horrifying war crimes, German politicians are infuriated over it breaking formality. Germany refused to send a high-ranking political representative to Ukraine. When it finally offered to send President Frank-Walter Steinmeier, Ukraine declined. Some German politicians are more enraged by this rejection than by the atrocities committed by Russia.

Various commentators sympathized with Ukraine’s decision. Steinmeier was a key supporter of the Nord Stream pipeline; he has worked hard to push Germany closer to Russia; he is friends with Russian Foreign Minister Sergei Lavrov; he also has had many friendly meetings with Russian President Vladimir Putin.

However, many in Germany have criticized Ukraine. Chancellor Olaf Scholz said it was “somewhat irritating, to put it politely.” The Social Democratic Party said Ukraine should “not interfere unduly in our country’s domestic politics.” They often prefaced the criticism with something to the effect of, Yes, we understand there is a war going on, but ….

Steinmeier himself admitted to be partly responsible for the rejection. He served as Germany’s foreign minister from 2013–2017, during the time Russia invaded Crimea. He was a strong proponent of close ties to Russia and an opponent of sanctions against Russia. In 2016, when Russia was still under Western sanctions, Steinmeier advocated to end them “step-by-step.” He argued that an easing of sanctions would cause Putin’s heart to soften.

Steinmeier long supported the Nord Stream 2 project, the Russian gas pipeline to Germany that avoids the usual route through Ukraine. The building of the pipeline and the continual flow of money to Russia was preparing Ukraine’s tomb. Though Steinmeier has apologized for some of his missteps, many don’t believe he is truly sorry. And his rejection, is being viewed as a rejection for all of Germany. Politico noted:

The move was a humiliation for Steinmeier—a former foreign minister closely associated with Berlin’s previous policy of pursuing close economic and diplomatic ties with Russia—but also for Germany as a whole. As federal president, Steinmeier is the highest-ranking representative of the German state.

It’s not just Steinmeier’s past that upsets Ukraine, Germany’s current policy isn’t better. For weeks on end, Ukraine has pleaded for German help in the form of weapons deliveries. Yet it has received very little very late. Germany has made promises and expressed some remorse for failing to help more, but it still doesn’t support Ukraine. It has prevented meaningful sanctions and continues its business with Russia. It is financing the war.

Steinmeier’s visit would have been a show of solidarity and a sign to the world that Germany and Ukraine stand together. Yet the reality is very different.

The Ukrainian government said it would welcome Chancellor Scholz, though his political decisions resemble those of Steinmeier. Scholz has made it clear, however, that he doesn’t plan to visit anytime soon. (Perhaps he is waiting for Russia to finally conquer Ukraine.)

German diplomacy is known for its deceit. In fact, a book that has been around for millenniums describes it better than any news commentators today. Notice this Bible prophecy in Nahum 3: “Woe to the bloody city! it is all full of lies and robbery; the prey departeth not” (verse 1). In Nahum—An End-Time Prophecy for Germany, Trumpet editor in chief Gerald Flurry explains:

The Companion Bible translates “bloody city” as “city of great bloodshed.” The International Critical Commentary translates the expression as “bloody throughout.” A “bloody city”—a bloody nation—has risen again. Its biggest blood-fest is yet ahead. …

Germany’s history is full of deceit and bloodshed. But even today, with Germany’s approval, Russia is killing again. The Bible reveals that this is just the beginning. Soon Germany will again show its true face. In the short term, we will probably continue to see more German deceit. But beware of Germany’s false promises. Based on a prophecy in Nahum 1, Mr. Flurry writes: “Soon, Germany will be ruled by a man more cunning and deceitful than Adolf Hitler.”

There is hope for Germany. As Mr. Flurry explains, “If Germany were to repent, as its ancient city Nineveh did, God would prevent this massive catastrophe.”

But there are no signs of such repentance right now. Prophecy indicates that Germany will have to suffer before it will repent. To understand these dramatic prophecies and how they will impact you personally, request a free copy of Mr. Flurry’s booklet Nahum—An End-Time Prophecy for Germany.