Esteeming ourselves more highly than we ought—and a lesson learned. 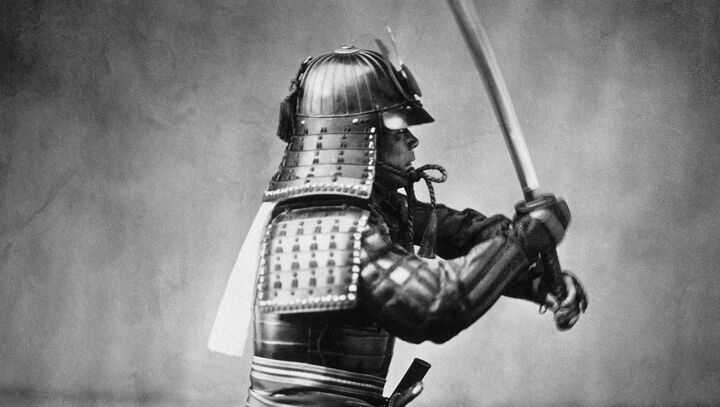 Esteeming ourselves more highly than we ought—and a lesson learned.

In a small group discussion about Japanese samurai warriors, a casual debate arose over some warrior custom. Several were talking at once, expressing differing opinions on the subject. Then I butted in, ready to part my lips and let all my prolific samurai knowledge and wisdom fill the room. After all, I had not only seen a samurai movie recently, but I had also once flipped through pictures of samurai in a back issue of National Geographic.

In my distinctly above-average standing as a thus-enlightened samurai expert, I felt confident setting the record straight on the samurai way.

Then I stopped and actually thought.

This time, I buttoned my lip.

In this small but indicative example, I had fallen prey to a widespread problem in our society: better-than-average self-esteem.

Our society is deathly sick with violence, crime, abuse, failing education, division, infighting, depression, lethargy and a host of other evils. In response to these mounting failures, leaders in psychology, education and child rearing have prescribed self-esteem as the cure.

Self-esteem culture took root in the 1960s and has since sprouted throughout our educational system to the point of carpeting our culture with the dense foliage of positive self-talk, non-judgementalism, and general sunny thinking.

After four decades of “going to your happy place,” the self-esteem movement has convinced us that those who engage in unacceptable behavior should never be corrected, disciplined, punished (gasp!) or otherwise restrained. Instead, they should be made to feel good about themselves—that their actions are just as good as anyone else’s. This will make them stop engaging in those actions, the thinking goes.

By the turn of the millennium, the exaltation of self-esteem had become so rampant as to see students assigned to write, “I am great,” “I am special,” and “I am me, and I am enough” as class assignments and robotically reciting “you are very important,” and “you are a good friend” to others as a matter of routine.

But the blooming, thoughtlessly sunny flower of the self-esteem movement is turning out to be less the cultural cure-all many hoped for and more akin to the Little Shop of Horrors’ man-eating plant. Not only have the original societal symptoms this liberal panacea was supposed to remedy gotten worse—in part due to this “remedy,” as some studies have proven—but also a new and bizarre fruit has formed on the vine of self-esteem: above-averageness.

As a result of discouraging honest evaluation, overcoming and excellence, our educational system has turned out ranks of narcissists with grotesquely overblown self-esteem, zero motivation, and the deeply planted conviction that, no matter what they actually do, they are always and in every way above average.

In 1999, Cornell University’s Department of Psychology published its findings on the subject in “Unskilled and Unaware of It: How Difficulties in Recognizing One’s Own Incompetence Lead to Inflated Self-Assessments” (Journal of Personality and Social Psychology). The study found that those scoring in the 12th percentile of a combined logic, grammar and humor test had the most inflated self-analysis, estimating themselves to be in the 62nd—quite comfortably above average. It found that those with the least understanding of the test subject had the loosest grip on the reality of where they stood compared to the average individual.

For over a generation, our culture has spawned the logically and mathematically impossible view that we are all above average in most fields. American education has soaked our political, educational, societal and military leaders in sunny delusion. It’s “I am me, and I am enough” times millions. This self-deception is a national flaw, and the painful truth will hit home very soon.

Instead of lying to ourselves that we’re better than we are and also better than most other people, God directs us in His Word to follow His standard and His law, admit our faults, avoid praising ourselves, be honest, and—with His help—work to overcome our shortcomings and sins. Quite the contrast from the gray litany of almost-robotic and miserably failing “you are above average” platitudes.

Biblical prophecy speaks repeatedly and in detail of the imminent fall of the mightiest single nation this world has ever produced. (This is explained in detail in our book The United States and Britain in Prophecy, a book we will send you free upon request.) It requires a penetrating acknowledgement of personal and national failure in order to understand why God would deem correction on such a devastating scale to be necessary. Clearly, our assessment of ourselves is radically different from God’s assessment. It seems that a shocking awakening from our stupefying delusions of above-averageness is inevitable.