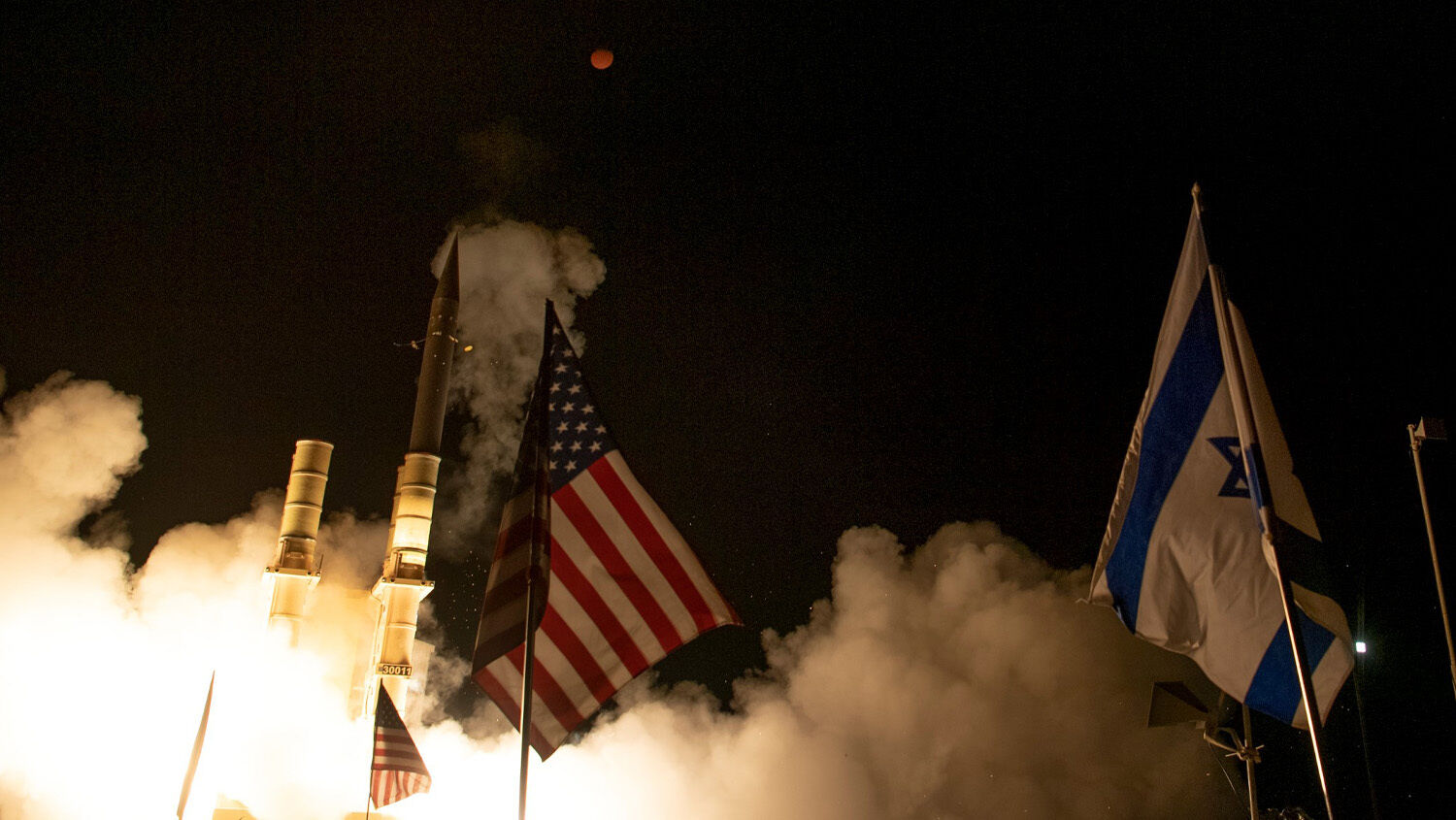 An Arrow-3 interceptor is launched at a test site in central Israel on January 18.
Israel Ministry of Defense/Handout via Xinhua

Germany received approval from the United States and Israel to purchase the Arrow 3 missile defense system as the first third-party nation to do so, the Jerusalem Post reported on April 6. The system is designed to defend against ballistic missiles coming from Iran. It would appear Germany is preparing for a clash the Trumpet has long warned about.

The head of the German Air Force, Lt.-Gen. Ingo Gerhartz, explained the system’s importance to Germany. According to Gerhartz, Arrow 3 is filling a gap between Germany’s missile protection systems against short-range threats and higher interceptors. For threats at a range of 9,320 miles that are exo-atmospheric, Germany doesn’t have a defense, and “that is why I had a close look at the Arrow 3, and we are really interested in the system,” he said. While Israel and the U.S. have given approval, according to Gerhartz, “we still have to talk about the details.”

Arrow 3 is considered to be one of Israel’s most advanced air defense systems capable of intercepting ballistic missiles at altitudes of over 62 miles with a range of up to 1,490 miles. On January 20, Al Monitor wrote in “Arrow 3 Missile-Interceptors Add to Israel’s Long-term Plan Against Iran”:

The successful testing this week of the Arrow 3 antiballistic-missile system is part of [Israel Defense Force] preparations against a nuclear-threshold Iran.

Israel tested its Arrow 3 missile defense system this week in what was described as a breakthrough for its ability to intercept ballistic missiles outside the Earth’s atmosphere. Israeli defense officials used such superlatives as “unprecedented” to describe the achievement, saying it was indicative of “Israel’s technological superiority” and underscoring the system’s innovative capabilities in confronting an array of threats, among them nonconventional ones, before they penetrate the atmosphere.

The Jerusalem Post wrote that Germany is stepping up its defense against Russia. However, German military strategists are also concerned about missiles from Iran. According to the Jerusalem Post, Arrow 3 might be Germany’s “long-term plan against Iran.”

Israeli Foreign Minister Yair Lapid warned at a news conference with German Foreign Minister Annalena Baerbock in February: “A nuclear Iran endangers not only Israel but the entire world. The E3 countries [Germany, France and the UK] cannot ignore the threat posed by Iran beyond its nuclear project. It’s Hezbollah in the north, Hamas in the south. Iran is an exporter of terror from Yemen to Buenos Aires.”

A Nov. 19, 2021, memo from the German Council on Foreign Relations also warned of the growing threat from Iran. “With all the crises engulfing Germany and Europe at present, Iran is not considered a major problem,” Dr. Cornelius Adebahr wrote. “That, however, is a mistake. … As it now stands, Berlin is not sufficiently focused on the breadth of the ‘Iran File,’ the set of wider issues emanating from the Islamic Republic. That will have to change with the next federal government.”

Behind the scenes, Germany has prepared to confront Iran. Trumpet editor in chief Gerald Flurry explains in his booklet The King of the South: “Berlin will not be able to overwhelm Tehran in the near future unless it is working on a special strategy right now. … Germany is planning for the bigger war to come! Germany has expected to clash with Iran.”

Mr. Flurry further explains in detail how Germany is positioned militarily to confront Iran in the Middle East. Such a multifaceted plan would logically also include proper defense against nuclear-armed missiles heading toward Germany. Arrow 3 promises to provide such protection.

With the ongoing war in Ukraine and with Iran continuing to pursue nuclear weapons, more and more people are realizing that major conflicts are no longer bound to the pages of history books. Millenniums ago, the Bible prophesied that mankind would not gradually develop into a “peaceful utopia” but would suffer many wars.

“Both powers are rising fast on the world scene right now,” Mr. Flurry writes. “This clash will shake the world as never before! And that is the good news. The bad news is that it will lead to World War iii! Do you know the identity of these ‘kings’? It is critical that you do! I want to prove to you that Islamic extremism is the king of the south. You need this understanding.”

I encourage you to request a free copy of The King of the South to understand current events in light of Bible prophecy.