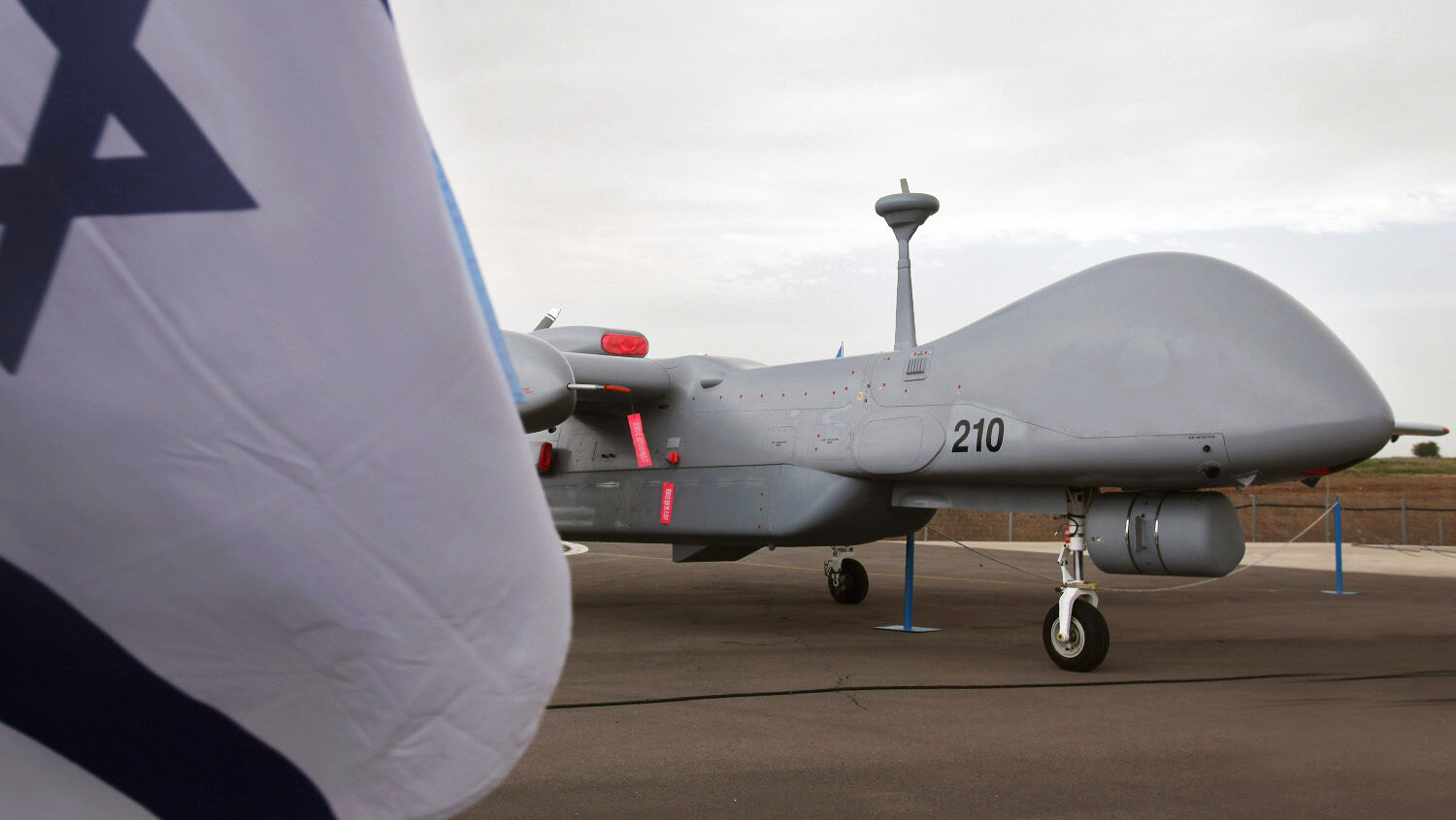 Israel and the U.S. are arming Germany.

On Wednesday, April 6, the German Bundestag’s defense committee approved the purchase of 140 missiles to arm the previously ordered Israeli Heron TP drones. The defense committee plans to spend $166 million on the missiles. This comes after Germany announced it would be purchasing America’s F-35 fighter jets.

In “Ties Between Germany and Israel Are Closer Than Ever—in the Air,” the Jerusalem Post wrote: “Ties between the German Luftwaffe and Israel’s Air Force have increased so tremendously over the past five years that it was the German Air Chief Lt. Gen. Ingo Gerhartz who gave the speech at the reception for outgoing iaf [Israeli Air Force] Com. Maj. Gen. (Ret.) Amikam Norkin.” Gerhartz said Israel and Germany share exceptional relations that include joint drills and the training of German pilots on Israel’s Heron TP drone.

Germany is currently pursuing a dual strategy by purchasing America’s most modern fighter jet, the F-35, and Israel’s Heron TP, while at the same time working on its own fighter jets and drones. This strategy brings strategic independence from the U.S. and Israel while maintaining compatibility. The Jerusalem Post wrote:

The relationship between the two officers and their respective country’s air forces has also had an impact on Berlin’s choice to procure the F-35 fighter jet to replace older jets such as the Tornado. …

While there are now 14 different air forces flying the F-35, it was the iaf who first used the plane in operational missions. It was also Israeli F-35s that carried out the first interception of drones, intercepting two Iranian ones that had been attempting to smuggle weapons to Palestinians in the Gaza Strip.

During his numerous trips to Israel, Gerhartz and Norkin “talked a lot about the advantages of the F-35 and what it means if we are a user as well. We will be able to have interoperability on another level.”

But this great show of unity appears to be contradicted by Europe’s pursuit of independence.

On February 24, a signed contract worth $8 billion designated Airbus Defense and Space as the prime contractor for the Eurodrone. “As a four-nation project, Eurodrone will strengthen European sovereignty by establishing and expanding an independent technological base in the field of unmanned aviation,” Airbus wrote.

A solely European project means the European Union doesn’t have to share its design plans for the drone with any other country. For example, if U.S. technology is being used, America has the prerogative to decide what happens to weapons that use its technology or components.

By deploying a large number of drones along with fighter jets potentially carrying nuclear weapons, cargo aircraft, helicopters, etc, the militaries of the future risk the lives of few soldiers while increasing their ability to successfully destroy aircraft carriers or infantry battalions. Airbus stated: “An increase in future air combat complexity has paved the way for unmanned systems to be deployed alongside fighter jets—synergizing to become Manned-Unmanned Teams.”

“Deadly waves of insect-like weapons could be the future of warfare—and they won’t break the bank,” the Asian Times noted in 2019 in “Robot Drone Swarms Could Take the Place of Nukes.”

While it remains to be seen how drones will be used in future battles, the use of small, medium and large drones in a swarm with other aircraft could fulfill a specific Bible prophecy.

In “France Rejects America—and Empowers Germany!” Trumpet editor in chief Gerald Flurry wrote: “In Revelation 9:7-9, the Apostle John describes some of the weapons of this coming power. John saw these weapons in vision and wasn’t familiar with what he was seeing. He had never seen mechanized vehicles or modern technology. He described what he saw using terms he was familiar with, such as ‘locusts,’ war horses and lions. ‘[T]he sound of their wings was as the sound of chariots of many horses running to battle,’ says verse 9. This is talking about airplanes, jet fighters and helicopters that can go all directions and inflict punishing destruction!”

As Mr. Flurry explained, this prophecy refers to the military force of a German-led European empire. Remarkably, the two nations that are helping Germany arm today will fall victim to this evil empire. In “America Trusts Germany With Stealth Nuclear Fighters,” Mr. Flurry explained:

In the Bible, God condemns America and Britain (and the other modern descendants of ancient Israel) for forsaking Him and for doting on their “lovers.” And today, what do we find ourselves doing? Arming two warlike nations, our historical enemies, with nuclear firepower! This is an appallingly dangerous mistake!

In the end-time book of Ezekiel, God says, “And Aholah [speaking of the modern nations of Israel] played the harlot when she was mine; and she doted on her lovers, on the Assyrians her neighbours …. Wherefore I have delivered her into the hand of her lovers, into the hand of the Assyrians, upon whom she doted” (Ezekiel 23:5, 9). This whole chapter concerns Israel, here called Aholah, and the Jews, called Aholibah, setting themselves up for one of the most shocking betrayals in history!

I encourage you to read Mr. Flurry’s article “America Trusts Germany With Stealth Nuclear Fighters” and order a free copy of Jerusalem in Prophecy. What we see playing out on the international scene right now was prophesied in remarkable detail.