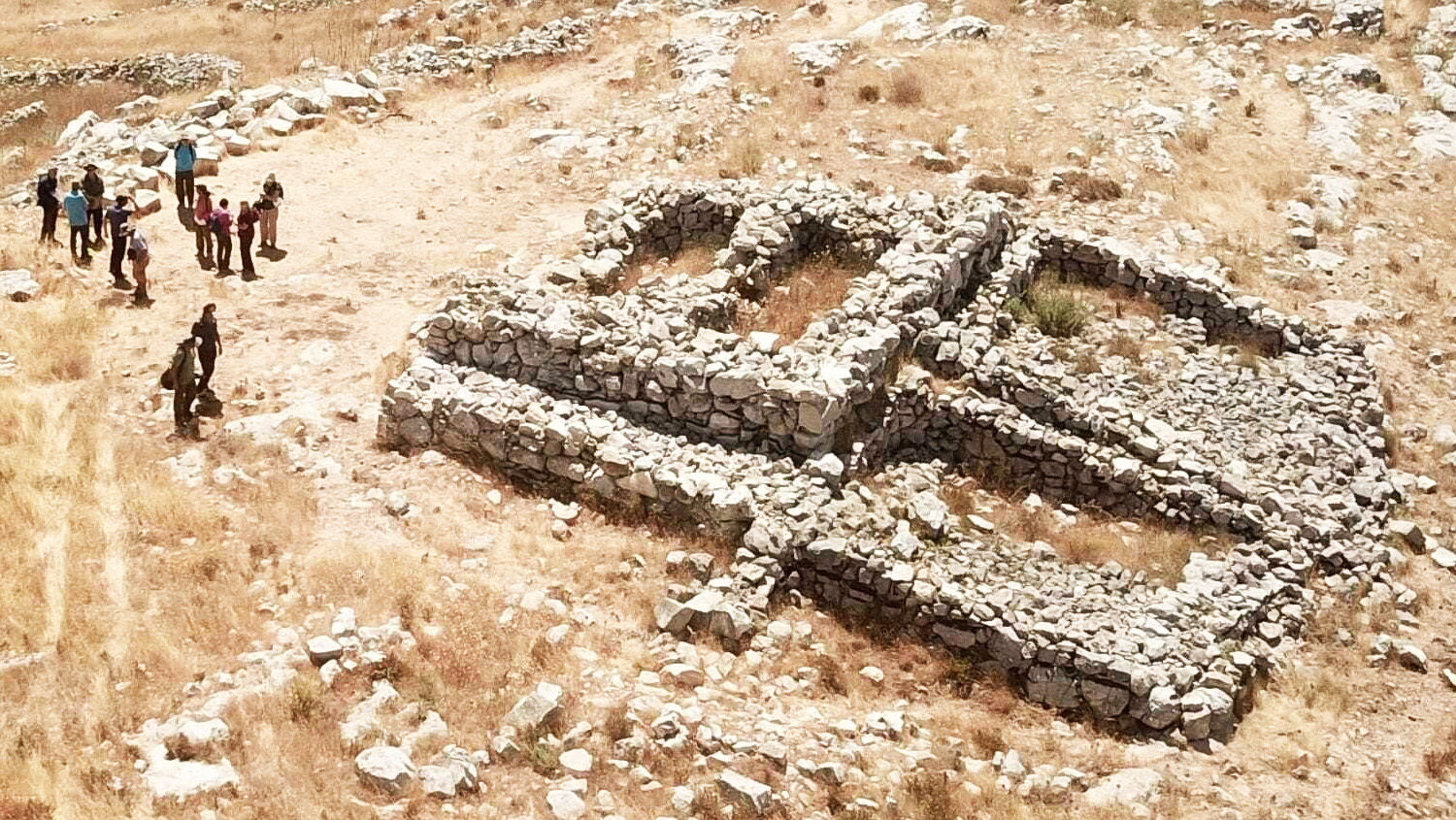 The altar on Mount Ebal, where the lead tablet was discovered
zstadler

In March, Dr. Scott Stripling and his Associates for Biblical Research team announced their discovery of the Mount Ebal curse amulet. It was a joint effort between scientists from the Academy of Sciences of the Czech Republic and two esteemed epigraphers, Prof. Gershon Galil of the University of Haifa and Prof. Pieter Gert van der Veen of Johannes Gutenberg-Universität Mainz.

Only preserved text contained within the folded tablet has been deciphered so far; the more heavily damaged script on the outside of the tablet is still being studied. Still, the evidence is already clear that the text on this amulet is “centuries older than any known Hebrew inscription from ancient Israel.”

The proto-alphabetic tablet was examined with advanced tomographic scans, revealing the text on the inside of the lead tablet without opening it. Analysis of the lead by Hebrew University’s Prof. Naama Yahalom-Mack revealed that the metal had been sourced from the Greek mining area Laurion, a site notable for Late Bronze Age lead products (and thus matching with the epigraphic and archaeological dating). The lead script, most likely written with an iron “pen,” parallels a statement in the book of Job, the earliest book in the biblical canon: “Oh that my words were now written! oh that they were printed in a book! That they were graven with an iron pen and lead …” (Job 19:23-24).

The first line of text is translated: “Cursed, cursed, cursed—cursed by the God yhw.” As Dr. Stripling commented, this line contains a “juxtaposition of names—El [God] and yhw are side by side.”

The name yhw on the tablet (which typically appears in the Bible as the longer form yhwh), is the name for God used most often in the Bible (nearly 7,000 times). As Dr. Stripling noted, the shorter yhw represents an early, “non-standardized” form. Variations can be seen within the Bible itself, such as the name yh.

Different forms of this name also constitute a “theophoric element” in personal names, such as Jeremiah and Jehoshaphat. Archaeological discoveries across Israel have revealed that while individuals from the southern kingdom of Judah tended to use the yh or yhw element in their personal names, the form yw was more prevalent in the northern kingdom of Israel.

The other common name for “God,” El, is used hundreds of times in the Bible. There are other forms of this name as well, such as the longer Eloah and Elohim. This too is a commonly incorporated name element (i.e. Bethel, Daniel). The use of this Hebrew name is also found in a well-known New Testament passage (“Eli, Eli, lama sabachthani?”; Matthew 27:46).

The use of El on the curse tablet is notable for its relevance to the debate about the early authorship of the Torah, the Bible’s first five books. For the past several centuries, a predominant theory among scholars has been some form of the Documentary Hypothesis or “jedp Theory.” It asserts that the Torah was a creation from the imaginations of writers living during the first millennium b.c. who, depending on when they lived and the deity they worshiped, used various names for God. According to the theory, there was first a Jehovist (or Yahwist) author, denoted as “J,” who lived during the early first millennium b.c. and wrote this name for his deity, followed a century or two later by an Elohist author, denoted as “E,” who used a different name for a different deity. (The other two letters, D and P, designate later writers or redactors: Deuteronomist and Priestly.)

Bible believers, however, recognize that these two deity names are used concurrently in the Torah and elsewhere. Rather than being a sign of different writers or of different pagan gods worshiped in different locations, the two names instead have different implicit meanings for different aspects of the same God. (Exodus 3 and 4, for example, explain the special meaning of the name yhwh.)

It is especially notable, then, to find the names El and yhw appearing together on a late-second-millennium b.c. inscription. This confirms the early concurrent use of various titles for God, undermining the argument that the use of multiple names of God was the product of “blending” by various late authors using different deity names.

Dr. Stripling noted that this discovery has “enormous implications.” As it stands, the curse amulet discovery looks set to revolutionize academic discussion about many details, not least the antiquity of the Hebrew alphabet and literacy, the name(s) of God, as well as the wider historicity of the Israelite conquest and early accounts contained in the Torah.