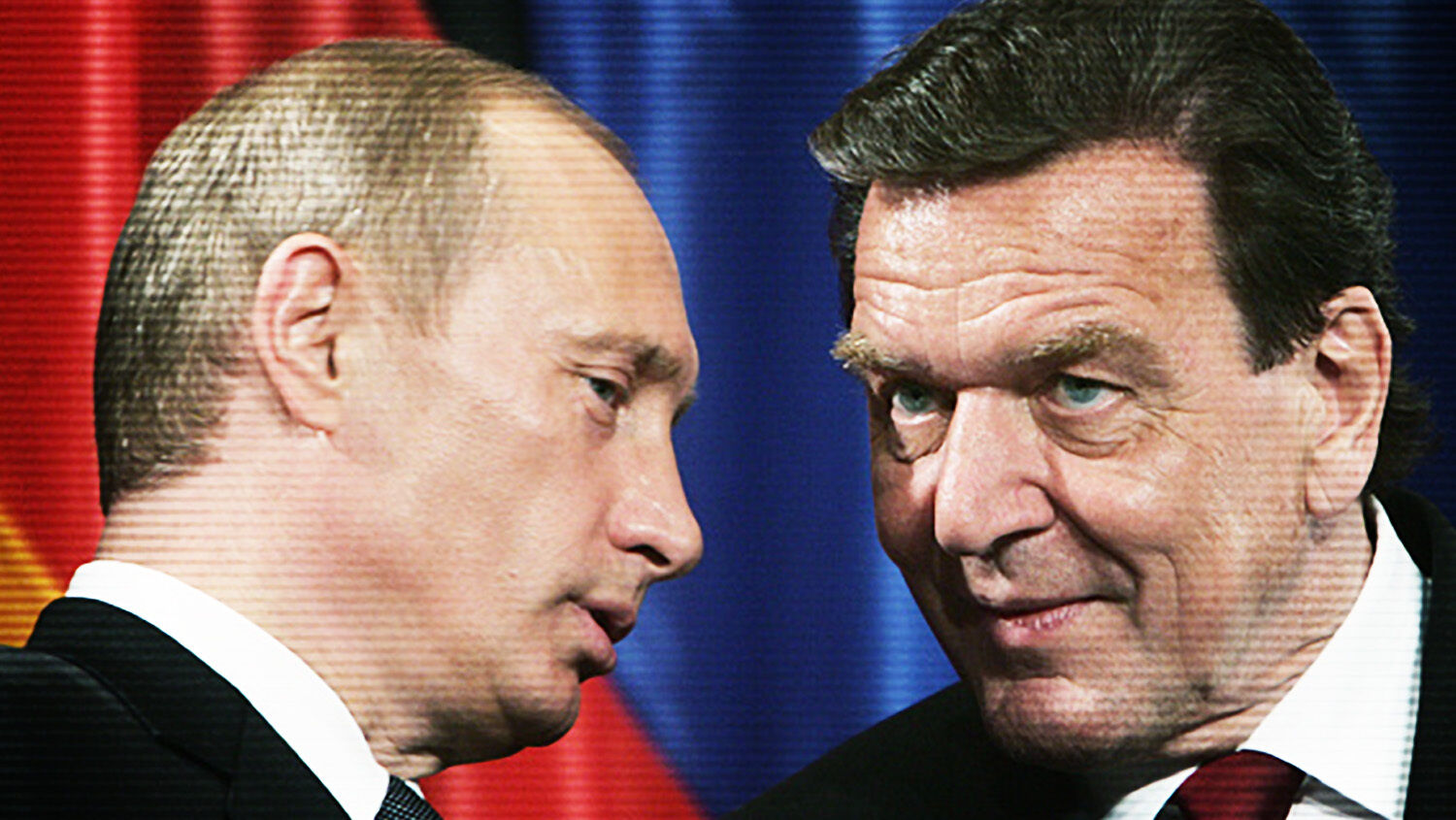 At the same time Germany announced its massive military transformation, it appeared to change course on Russia.

Berlin has been heavily criticized for its strong relationship with Moscow. While 200,000 Russian soldiers were surrounding Ukraine’s borders, Germany’s newest pipeline with Russia awaited certification. Berlin blocked nato allies from sending weapons to Ukraine. As the United States and others tried to discourage an invasion by promising crippling sanctions, Germany argued against them and undermined them.

One of the world’s most ruthless dictators was preparing to conquer Ukraine. And Germany was on his side.

But has Germany really broken with Russia? The evidence tells a different story.

There was a real risk that Eastern Europe would abandon Germany for cozying up to Putin. So Germany implemented enough changes to remain inside the Western alliance. Since then, it has worked to undermine sanctions from within.

Britain and America have promised to stop buying oil and gas from Russia. Germany and Europe have not. Ukrainian Ambassador to Germany Andrij Melnyk called Germany’s decision to continue importing energy from Russia “a knife in the back of Ukraine.”

In a meeting between European Union leaders in Brussels on March 10 and 11, Germany led the whole EU to reject an oil and gas boycott.

This energy trade is literally funding Putin’s invasion. When Russia launched its invasion, Europe was sending Russia about €200 million (us$220 million) per day for natural gas alone. The invasion spiked gas prices, and now that figure is €600 million. This spike in gas prices means that since the war began, the EU is sending more money to Russia, not less.

Cutting off Russian energy altogether would be tremendously painful for Germany, but Berlin has easy ways to reduce its dependence on Russia. Just this year it closed three nuclear reactors that it could easily reopen, but it won’t.

It’s the same story with swift, the interbank payment system. Newspaper headlines give the impression that Russia is almost totally cut off from the global financial system. The truth is, America said it wanted to cut Russia off completely from swift. The EU wasn’t ready to do that. Initially it agreed to cut 70 percent off. The final figure was 30 percent.

EuroIntelligence wrote: “What this means is that the swift ban falls into the sino category: sanctions in name only. The EU is cheering on the Ukrainian side from a safe distance, watching from warm living rooms, heated by Russian gas” (March 3).

The weapons Germany promised Ukraine have yet to arrive. nato allies wanting to send weapons find that their shipments are being held up by German red tape.

Germany, the U.S. and all the West pretend they’re going toe-to-toe with Putin and boast about how powerful these sanctions are. But the gap between reality and rhetoric is huge. By scuppering every threat of repercussions, Germany practically encouraged Russia to invade.

When Russia followed through, Germany quickly announced a massive rearmament program and has since worked to unite Europe. Yes, in beefing up its own military, Germany and Europe are all action—though none of that helps Ukraine. But in standing up to Russia, it’s mostly optics.

Ambassador Melnyk was present in the Bundestag for Germany’s dramatic announcement that it would remilitarize. “There was a strange feeling,” he said, “as if the deputies were freeing themselves from a burden. They were rather celebrating themselves with standing ovations. Ten days have passed since then. But we, as Ukrainians, hardly feel a thing. No help that would do justice to the level of brutality and despair in my homeland.”

Instead of siding with Ukraine, Germany gives the impression it is hoping for Ukraine to lose quickly so the awkwardness of its position will go away.

Germany’s actions clearly show it is not standing with nato against Russia. Why? “History shows that in between wars, Germany and Russia often work together,” Trumpet editor in chief Gerald Flurry noted in his January 31 article “Why Germany Just Betrayed America.”

“Many elite Germans feel their nation has now gotten all it can from the U.S. and are ready to move on,” Mr. Flurry wrote. “Some powerful Germans are thinking more and more about the Holy Roman Empire, and they want modern Germany to assume more power of its own in the spirit of that empire. They want to establish Europe as a mighty, German-led superpower.” Russia’s invasion of Ukraine has given Germany the perfect opportunity to rapidly rearm. It is also demonstrating America’s weakness and causing Europe to look elsewhere for help. A rearmed Germany would be the perfect candidate to replace American leadership.

Mr. Flurry referenced Jeremiah 1:13, in which God gave a prophetic vision of “a seething pot; and the face thereof is toward the north.” “This symbolic language is describing modern Germany,” he wrote. “Beneath the surface, that nation is full of simmering dissatisfaction with the current world order. Germans are angry at the U.S. The imperialistic ambition that prompted Germany to start both world wars is alive and well. It is ‘seething’!”

Prophecy warns that a German-led Europe is about to boil over, spreading its power across the world.

In May 1962, the Plain Truth—the Trumpet’s predecessor, led by editor in chief Herbert W. Armstrong—wrote: “Once a German-dominated Europe is fully established, Germany will be ready to negotiate and bargain with Russia—and behind the backs of the Western allies if necessary.”

Germany has a history of not just making deals with Russia but making secret deals. In 1887, the two concluded an agreement known as the Reinsurance Treaty, where each agreed to be neutral if the other got involved in a war. If such an agreement had become known, it would have destroyed Germany’s other alliances—so only a few people at the very top knew about it.

In 1922, Germany and the Soviet Union publicly concluded the Treaty of Rapallo. But secretly Russia helped Germany rearm after World War i while Germany helped Russia industrialize. This was 17 years before Russia and Germany covertly divided up Eastern Europe between the two of them on the eve of World War ii.

Some may think that modern 21st-century nations don’t secretly conspire together. But people also thought nations no longer invaded their neighbors and that Europe was free of large-scale war. The alliance Mr. Armstrong forecast decades ago is here—and so many other Bible prophecies stand on the brink of being fulfilled.