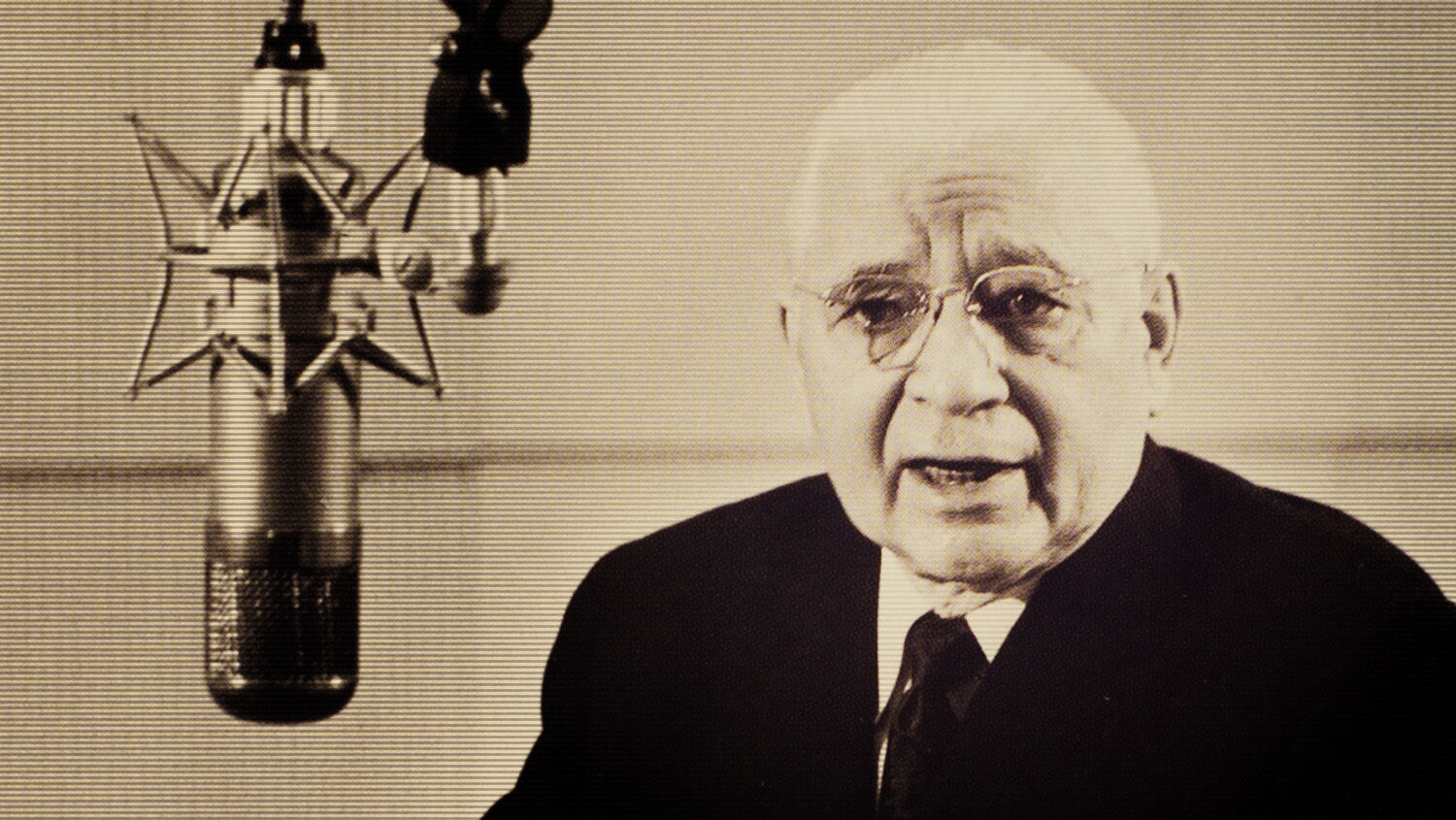 “[T]he outlook from here is for a continued drift at Washington—tough talk, but no tough action,” he wrote in his characteristic emphatic style in the March issue of his newsmagazine—“the nations of Europe, directly in the very shadow of the great Russian bear, are becoming disturbed, distrustful of America, and thinking more and more about uniting themselves into a United States of Europe.”

He wrote that all that was lacking was a supreme leader to take command, and that that man would appear suddenly. This man, probably from Germany, would establish a stunning new political system, but based on a very old one: a European bloc, a “union of church and state,” united by Catholicism—a modern Holy Roman Empire.

“Ten dictators in Europe will unite, in a gigantic European combine, turning their united military power and resources over to the new leader of Europe! Not only this, but a great religious leader—the pope at Rome—will also emerge, in a world-shaking pact with the military leader …!”

These 10 European nations, he said, would “include Germany and Italy, probably Spain and Portugal and France, Greece, and probably some of the Balkan nations …. Definitely Britain will not be in it.”

“Now one of the great things that is urging Europe on … is their fear of what’s going on in the Kremlin and the Soviet Union,” he said in a Nov. 27, 1982, sermon. “They are losing confidence in the United States as having a military umbrella over them to protect them, and they want their own military force to protect themselves. … [T]hat is a chief incentive to unite them and that is taking place.”

On Feb. 8, 1980, he wrote: “Germany, along with other European nations, has no military force capable of defending against such Russian attack. The European nations have relied on U.S. military might to protect them from the Russians who are right at their eastern frontier, and now massing heavy troops there! It seems nato has about fallen into discard. … You may be sure the West European leaders are conferring hurriedly and secretly about how and how soon they may unite and provide a united European military force so they can defend themselves! And so they will no longer have to give in meekly to Russia! And who will they blame for their humiliation and their necessity now to have a United Europe, with a united government, a common currency, and a common military force as great or greater than either the U.S.S.R. or the U.S.A.? They will blame the U.S.! And when they are strong enough to assert themselves, they will first attack Britain for standing firm with the U.S., and then they will return a lot of hydrogen bombs the U.S. has stored now in Europe!”

Mr. Armstrong said he did not know when Europe would unite into a superpower, but for decades he maintained, without wavering, that it would. He was delivering the warning of Bible prophecy, and you are reading that same prophetic warning right now, in 2022.