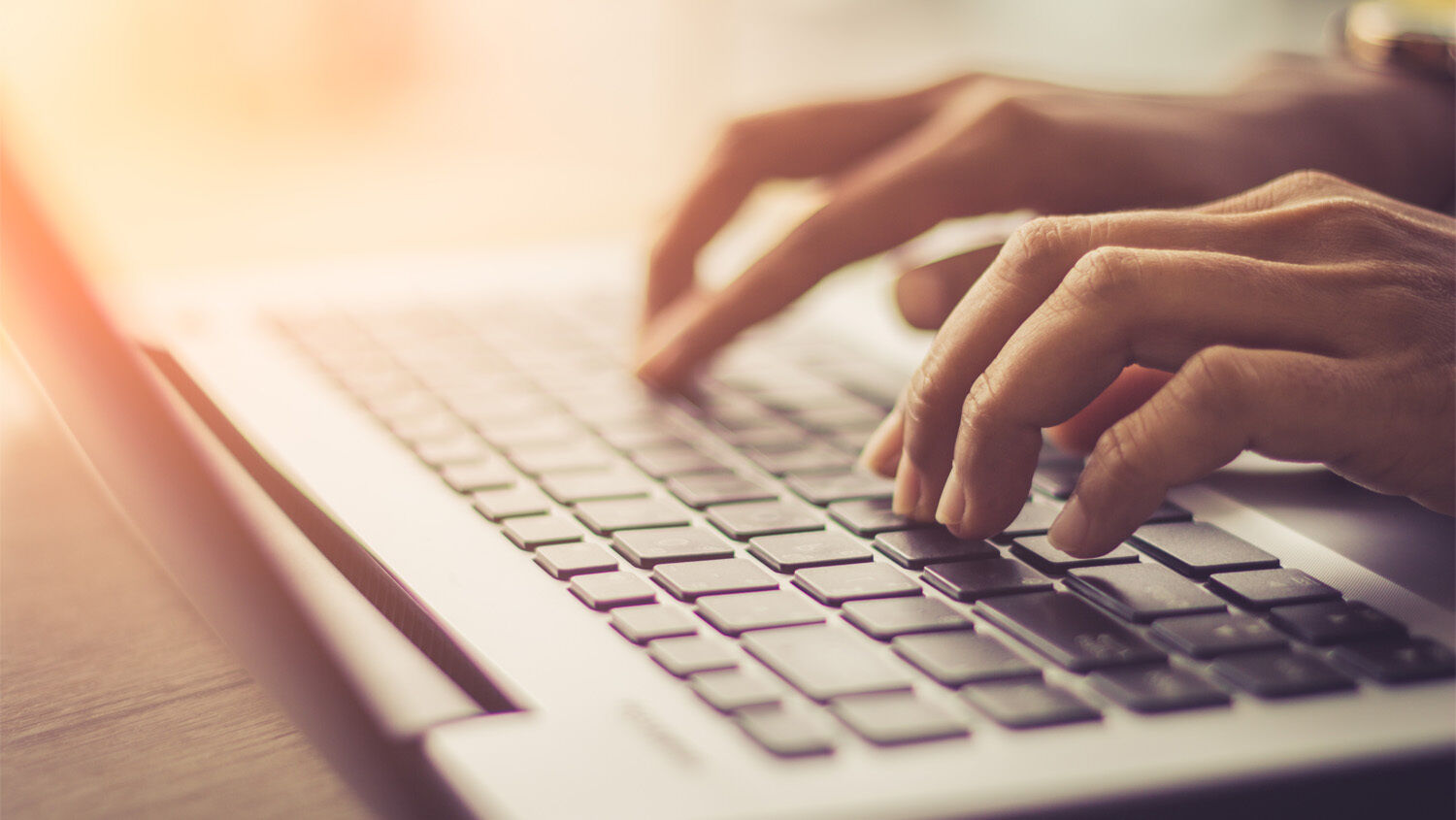 The government wants wartime censorship over the Internet.

On March 27, Canadian Foreign Minister Melanie Joly declared that the Canadian government needs to fight against misinformation and disinformation online. During a Foreign Affairs Committee meeting, Joly said: “My mandate as foreign minister is really to counter propaganda online.” She indicated that her department needed to adopt powers akin to wartime censorship in order to police the Internet, especially social media.

“We’ve banned Russia Today [RT] and Sputnik on the broadcasting side. We’ve pushed digital platforms to also ban them, but we need to do more,” Joly said. She warned of increased propaganda campaigns by Russia during the invasion of Ukraine. “Social media companies need to do more. They need to make sure they recognize states have jurisdiction over them and that they’re not technology platforms but they’re content producers. It is our way collectively to make sure that we can really be able to have strong democracies in the future because this war is being fought with 21st-century tools including social media.”

In order to save Canadian democracy, social media platforms and the government must censor content. Joly continued this theme while attending a conference at the University of Toronto’s Munk School of Global Affairs. “Propaganda is not only happening in Russia, it’s happening in new virtual battlegrounds, which are our social media companies,” she said. “So what Canada will be doing, and what I want to make sure that we push even more … is (that) social media companies need to do more to prevent propaganda, and to counter any forms of disinformation.” What does the minister for foreign affairs have to do with domestic Internet use?

Joly says within weeks the government will be taking steps to fight online disinformation and misinformation. This is the strongest action Canada has taken in response to Russia’s attack on Ukraine, and it has nothing to do with helping Ukraine. Anthony Furey wrote at the Toronto Sun: “See what they’re doing here? They argue, correctly, that Vladimir Putin’s propaganda machine is pushing false narratives but then in the next breath make the massive leap that the solution is to bring in permanent changes to Canadian legislation that will impact things that have nothing to do with the war in Ukraine.”

The Trudeau government is continuing to follow the Alinsky playbook, Rules for Radicals, by not letting a crisis go to waste. The Trudeau government has been attempting to legislate bureaucratic censorship of the Internet for years but has been unsuccessful in getting approval in the House of Commons. The Liberals are using the Ukraine crisis as a pretext to finally gain control of the Internet. Since the Freedom Convoy protest, Canadian Prime Minister Justin Trudeau has been constantly warning that the biggest threat to democracy is disinformation and misinformation online.

The Trudeau government has submitted Bill C-11 for discussion and has gone through its first reading. The bill has been sent to a committee of experts for consultations on its content. Bill C-11, or the Online Streaming Act, would give the Canadian Radio-Television and Telecommunications Commission (crtc) the same power to regulate content on the Internet as they do now over content on radio and television.

“The internet has allowed for more mis and disinformation, more polarization than ever before.”

An example of the crtc’s power is its unilateral censorship of RT from Canadian television. Trudeau called for RT to be censored because it was promoting disinformation, and the crtc responded. Imagine if the crtc could do the same to social media posts, online videos or other online content. The bill’s language is so broad it is impossible to know the full scope of the censoring powers until practical cases emerge. This is only one of three bills Trudea’s government has promised to submit in Parliament that affect Internet regulation. This is in addition to the actions Joly may take with the Ministry of Foreign Affairs.

When the crtc made its ruling to remove RT, ctv News reported: “The commission said the Russian government’s actions in limiting journalistic independence of news agencies and directing content on state-run broadcasters like RT goes against freedom of expression and journalistic independence, a key principle in Canadian broadcasting.” It would be easy to read that description of RT and confuse it with the Canadian Broadcasting Corporation (cbc), which is sponsored by $1 billion taxpayer funds annually.

The great irony is the Canadian government’s push to censor the media and government mirrors how Communist Russia censored content in its nation. Within five years of the Communist revolution in Russia, a bureaucratic censorship entity was set up and began to censor anything that was deemed dangerous or harmful to the regime. Mette Newth wrote in 2002: “In 1922, the central censorship office was established, known for short as Glavlit. Aiming to purge the Soviet society of all expressions regarded as destructive to the new order and contagious to the minds of people, the Glavlit had absolute authority to subject the performing arts and all publications to preventive censorship, and suppress political dissidence by shutting down ‘hostile’ newspapers. The strict authority and meticulous practice of Glavlit covered not only the ussr but also all Soviet-occupied countries.” Is the Trudeau government attempting to censor any expressions that could harm his “new world order”?

Glavlit also began censoring Russian history of any figures who were controversial or contrarian to the regime. This included banning publications, airbrushing people out of history, and removing monuments. Newth continued: “Initially, the collection was modest, containing mainly religious, anti-Bolshevist and anti-Leninist publications. … The majority of banned books were written by persons who were purged during the reign of Stalin. Also publications deemed to contain other “defects”; such as a preface written by a purged political figure or a photograph of the same person, or quotations from his or her works. Also minute ‘defects’ in seemingly quite innocent books could be placed in the closed storage.”

The Trudeau government passed the Conversion Therapy Ban in 2021, which makes it illegal to promote books or other materials that uphold the biblical definition of gender and family. The Trudeau government has purged hundreds of Canadian archive records that do not include Indigenous viewpoints or that are viewed as colonial, such as the archive page of Canada’s first prime minister, Sir John A. Macdonald. The Trudeau government has rewritten hundreds of plaques on historic landmarks to reflect a more woke and politically correct understanding. The Canadian government did nothing to stop statues of monarchs and other important figures from being torn down during the summer of 2021 in response to the residential schools’ unmarked graves hoax. Now the Trudeau government wants to censor and regulate the Internet, the only platform of information it does not control.

Why is Trudeau following a similar pattern to the Communist Soviet-style of government-led censorship? Because Trudeau and the radical left in Canada are orchestrating a Communist coup. Controlling information and the Internet is essential to successfully transforming society. The history of Soviet Russia instructs us that for communism to work, the government must have censorship powers. After World War ii, the late Herbert W. Armstrong warned the English-speaking peoples about the Communist infiltration attacking our countries. Now 75 years later, these radicals are on the cusp of seizing total power.

“Socialism and communism are alike in fundamental ways. Both say the centralized government—or ‘the public’—should own and control production, rather than individual business owners. Both call for centralized planning and control, which make for powerful governments that are highly susceptible to corruption,” writes Trumpet editor in chief Gerald Flurry in Great Again. “We must see that this trend will play out until the final phase: the violent overthrow of the system.” Canada is being overthrown as a nation.

However, Bible prophecy indicates that it isn’t a Communist coup that ultimately destroys Canada, but another enemy. The only way you can understand is by looking to Bible prophecy. Mr. Flurry writes: “The radical left is not our big problem. Ultimately, this isn’t about a man or an administration; it’s about an evil spirit being who is working to destroy this nation—and about why God is allowing it to happen!” This is the truth you desperately need to understand. To find the answers, please read Great Again.