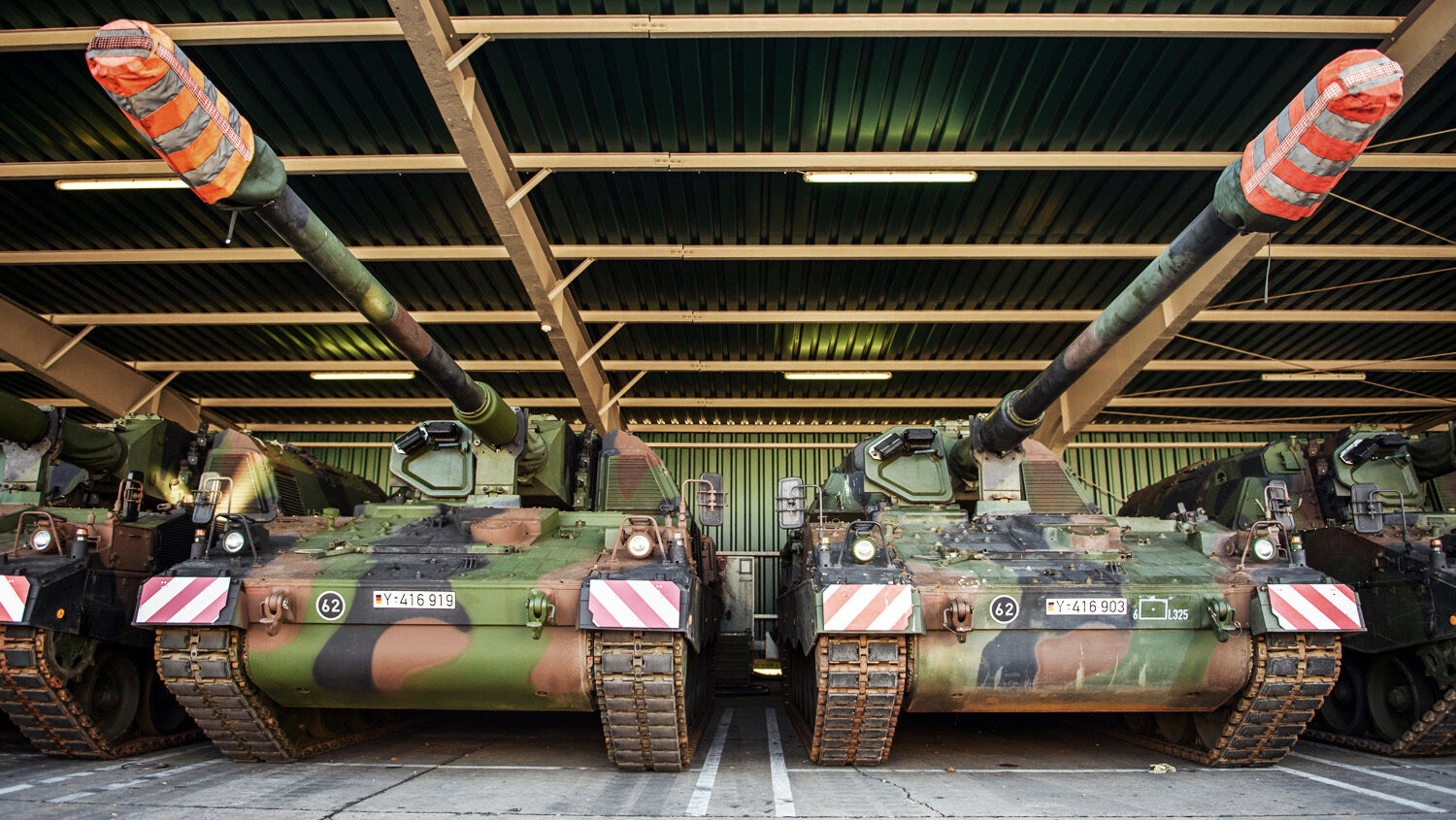 Tanks with mounted howitzers of the German armed forces Bundeswehr stand in a shed on the site of the Hindenburg barracks in Munster on February 14.
GREGOR FISCHER/AFP/Getty Images

German Chancellor Olaf Scholz announced a new era of German foreign and security policy on February 27. He proposed the creation of a special fund of €100 billion (us$112.7 billion) to be spent on boosting the German military. The latest explanation for the fund is that it will help Germany spend at least 2 percent of its gross domestic product on defense.

“If Scholz’s proposal is realized, it would represent the largest absolute jump in German military expenditure since at least World War ii,” Alexandra Marksteiner, researcher at the sipri Military Expenditure and Arms Production Program, said on March 25. “Annual spending would increase by 50 percent in 2022 alone. This would catapult Germany toward the top of the list of the world’s largest military spenders. All else being equal, Germany would rank third—up from seventh in 2020—behind the United States and China and ahead of India and Russia.”

Most Germans approve of this sudden military rise. A recent poll by the Infratest polling institute found that 53 percent of respondents rate the government’s new response as appropriate; 27 percent believe it doesn’t go far enough; only 14 percent says it goes too far. Just a year ago, the vast majority would have likely disapproved of such a turnaround.

Germany is ready for strong leadership. Yet that is not coming from Scholz. “He has found it far more difficult, though, to craft a narrative to accompany this transformation, to lay out a vision for the future and to convince the skeptics,” wrote Spiegel Online. “His approach to crises is similar to that of his predecessor: to adapt as things develop.”

Though Germany doesn’t yet have the strong leader it needs, it is on track to become a formidable military force.

For many, such a drastic change has seemed impossible. When the late Herbert W. Armstrong forecast Germany’s military rise as it laid in rubble following World War ii many mocked him. Yet the Bible prophecies he based his predications on are coming to pass today!

The day after Nazi Germany surrendered, Mr. Armstrong warned: “We don’t understand German thoroughness. From the very start of World War ii, they have considered the possibility of losing this second round, as they did the first—and they have carefully, methodically planned, in such eventuality, the third round—World War iii!” Germany is now rising militarily.

Because of these same prophecies, every time Mr. Putin has taken a major step forward, I have told you to watch for Germany and Europe’s response.

We are only seeing the beginning of this response, but Germany is on course for some dramatic changes in the future, as God uses it as the rod of His punishment (Isaiah 10:5-7). Yet there is hope: The Bible prophesies that Germany will eventually learn to use its strength for good (Isaiah 11:16; 19:23-24).

Request a free copy of Nahum—An End-Time Prophecy for Germany to understand these sobering and yet inspiring prophecies.