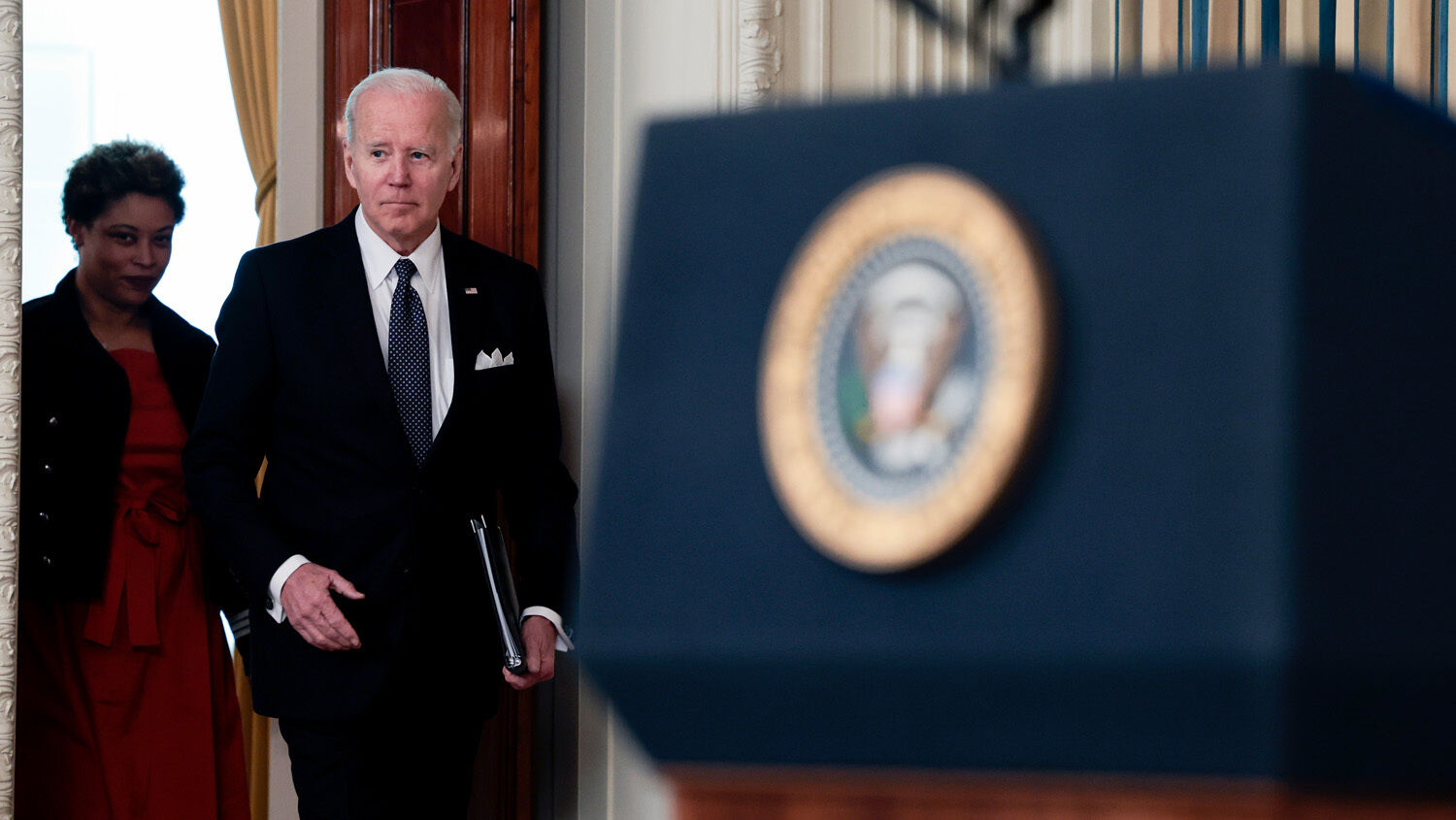 Why Joe Biden’s budget will bankrupt the United States

The Roman Empire fell when the state could no longer obtain sufficient resources through taxation and was forced to debase its currency to raise revenue. The tax reforms of Diocletian in the third century were so draconian that many landowners were driven to bankruptcy, as those living off welfare became more numerous than those paying taxes. Historian Robert Adams summarizes this catastrophic state of affairs in his book Decadent Societies, saying that “by the fifth century, men were ready to abandon civilization itself in order to escape the fearful load of taxes.”

This is important history to keep in mind as you read headlines like “Biden Pitches Largest Tax Hike in History as Part of $5.8T Budget Request.” The current presidential administration is pushing for steeper corporate tax rates to raise an additional $2.5 trillion for projects like the Build Back Better Framework. Joe Biden may pitch this plan as a fiscally responsible one that cuts the deficit in half, but that is only because the nation ran up multi-trillion-dollar deficits during the covid-19 pandemic. Biden’s new budget proposal still leaves the nation $1.3 trillion in the red despite the tax increases.

Biden’s request to Congress for fiscal year 2023 earmarks $3.65 trillion for mandatory entitlements like Social Security, Medicare and Medicaid; $766 billion for defense; and $396 billion for interest on the national debt. This spending is already $303 billion more than the government’s projected tax revenue of $4.59 trillion, and Biden still wants $873 billion for all the other discretionary programs run by the federal government. So, the national debt is projected to fly past $32 trillion sometime next year as the government spends 22 percent of the nation’s gross domestic product.

In fact, while Biden’s requested deficit of $1.18 trillion is less than half the $2.77 trillion deficit the government ran last year, his proposal still assumes deficits in excess of $1 trillion for the foreseeable future. This means America will soon be paying more in interest than on defense within the decade (and potentially much sooner if interest rates go up).

America’s creditors can obviously see what a bad financial situation the nation is in and are looking for alternate reserve currencies to the dollar. Once they find one, they will stop buying U.S. treasury bonds, and America will find itself in a very similar situation to ancient Rome. It will be able to raise revenue via heavy-handed tax collection techniques for a while but soon will have to debase its currency when foreign nations won’t lend and domestic taxpayers are bled dry.

Once the situation gets bad enough, people may once again be “ready to abandon civilization itself in order to escape the fearful load of taxes.” In fact, Bible prophecy shows that America will collapse as ancient Rome collapsed.

The late Herbert W. Armstrong noted in the February 1956 Plain Truth that “just before Rome collapsed, there was a rapid increase in taxes. Rome had grown fat and prosperous; and people sought leisure, less work, more play, idleness, and as they shirked work, they began looking to the government to provide. Today, we call it doles, relief, pensions and government aid. When any nation begins to look to its government to provide, that nation is on a greased toboggan-slide to decay and to oblivion. It brought about the fall of Rome. It brought about the fall of proud Babylon long before. And it’s bringing about the fall of America today. … We’re looking to the government to take care of us, and just like that of ancient Rome, our government has grown too big, and we’ve had a rapid increase in taxes.”

The problems Mr. Armstrong was observing in the 1950s have grown far worse in the almost 70 years since then. Yet he knew this would happen because his analysis was based on more than just a sound knowledge of history and economics. His analysis was based on Bible prophecy. In the same article where he quoted Edward Gibbon’s Decline and Fall of the Roman Empire, he also quoted the Bible. Specifically, he quoted an end-time prophecy in Ezekiel 5:12 that says, “A third part of thee shall die with the pestilence, and with famine shall they be consumed in the midst of thee ….”

This prophecy is about the end-time descendants of Israel (which Mr. Armstrong proved were the modern-day American and British peoples in his landmark book The United States and Britain in Prophecy). This means that Ezekiel 5:12 is about a third of the American and British people dying because of pestilent conditions like rioting, looting, urban warfare, supply chain collapse, and resulting famine. It’s hard to imagine such conditions in the most prosperous economy on Earth, but out-of-control government spending is driving the nation to the point where its currency will be worthless.

Like Rome and Babylon before it, America will collapse when its national debt destroys its economy. For more proof, please read “The Biggest Threat to America’s National Security,” by Trumpet managing editor Joel Hilliker.