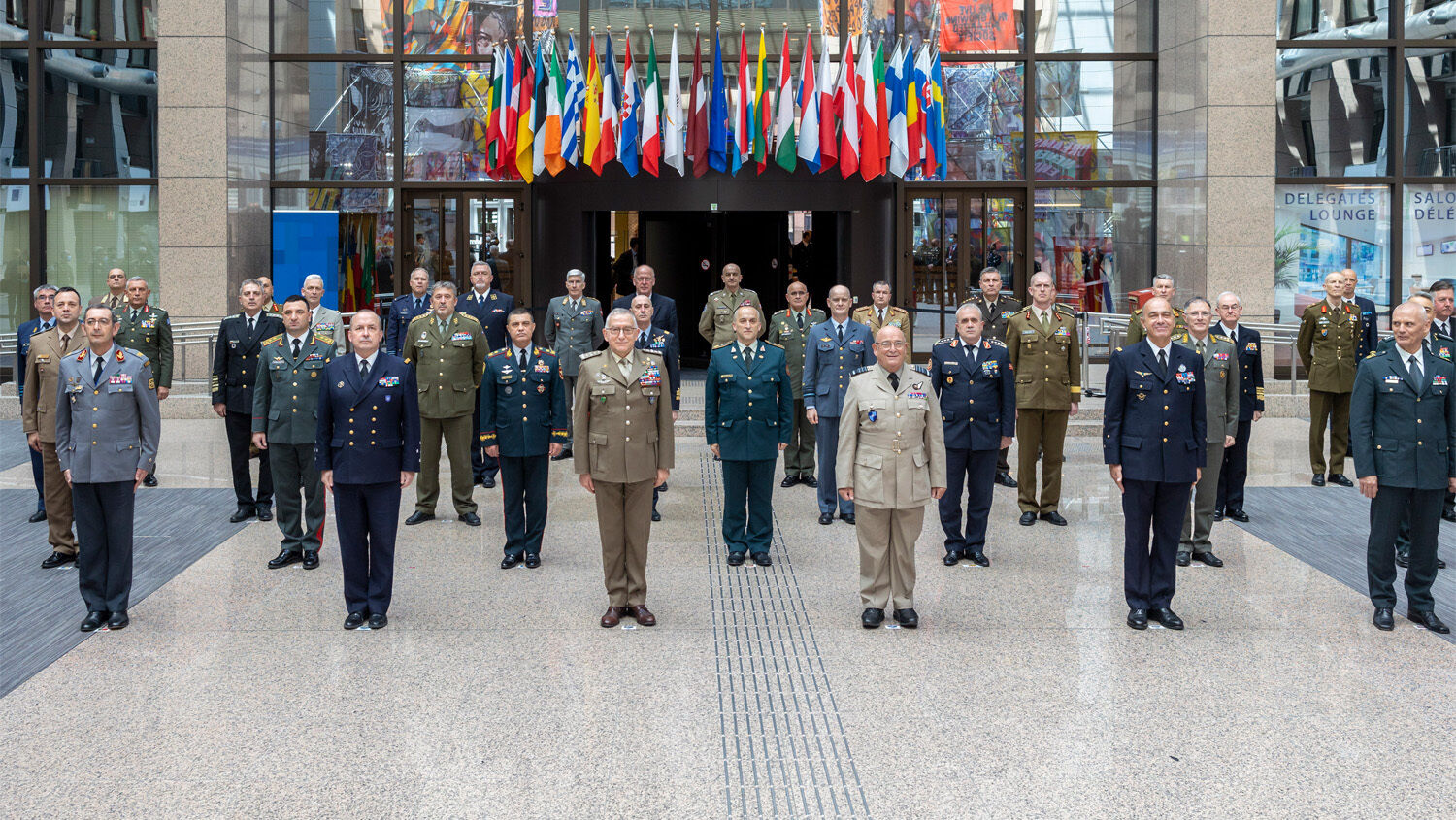 The European Union is developing its own military alliance independent of the North Atlantic Treaty Organization. The EU’s foreign and defense ministers adopted the so-called Strategic Compass—a strategy paper dubbed the EU “military doctrine”—on March 21. The paper outlines the further militarization of the Union. One of the main initiatives is a rapid reaction force of around 5,000 soldiers. nato already has such a force, but the EU seeks to form its own for a specific purpose. Germany offered to provide the core of this new force.

Germany is taking on a greater military leadership role in the EU. While the discussion of the Strategic Compass started before Russia’s invasion of Ukraine, the atrocities in Eastern Europe expedited the formation of the rapid reaction force.

Europe “is more united than ever before,” Brussels strategists wrote in context of the war in Ukraine. “The more hostile security environment requires us to make a quantum leap forward and increase our capacity and willingness to act, strengthen our resilience, and invest more and better in our defense capabilities,” according to the Strategic Compass report. “In order to be able to act rapidly and robustly whenever a crisis erupts, with partners if possible and alone when necessary, the EU will … establish a strong EU Rapid Deployment Capacity of up to 5,000 troops for different types of crises.”

Handelsblatt noted that the Ukraine conflict is “[a] circumstance they want to exploit to transform the EU into a defense community. Brussels has produced hazy declarations of intent aplenty in recent years. What distinguishes the Strategic Compass from other EU documents is the fact that it names concrete measures to strengthen Europe’s defense readiness” (Trumpet translation throughout). The article noted that the EU’s Strategic Compass plan “signals to the world that Europe is ready to rearm. Civilian power, that’s history; the European Union now wants to become a military power as well.”

German Defense Minister Christine Lambrecht initially indicated that Germany offered to provide all of the 5,000 soldiers for the new EU intervention force in the first year of deployment in 2025. According to Der Spiegel, this caused confusion in the Defense Ministry and eventually a correction on Twitter: Minister Lambrecht offered to provide “the core of the rapid reaction force for 2025.” In 2020 and 2021, Germany provided the command for the so-called EU Battlegroup, which deployed around 2,500 German soldiers.

A bureaucratic dream is gradually becoming reality. “The war in Ukraine, politicians and pundits agree, is the European Union’s sudden birth as a serious military player,” Foreign Policy wrote. German journalists see this as a pattern for all EU military integration: Germany should be at the heart and core of it all. Die Welt published an article titled “How to Rebuild the German Military—Europe’s Best Hope to Deter Putin.” This article says Germany should be the “backbone” of European and nato conventional armed forces, writing: “[N]o country apart from Germany can and will provide the necessary army forces to secure nato’s eastern flank so that the alliance could hold its own in a potential conflict with Russia.”

The German Army seems to be ready to accept that role now. German and Dutch troops began deploying to Slovakia this week, where they will operate a Patriot missile defense system.

On March 10 and 11, EU leaders met in Versailles, France, where they agreed to bolster defense capabilities, reduce energy dependencies, and build a more robust economic base. While many hoped for a more concrete agreement, the promises made, in consideration of history, are remarkable. For example, the Versailles Declaration of March 11 reads: “A stronger and more capable EU in the field of security and defense will contribute positively to global and transatlantic security and is complementary to nato, which remains the foundation of collective defense for its members. [W]e must resolutely invest more and better in defense capabilities and innovative technologies.”

Versailles historically has been a place that has shaped history like few others. France and Germany have often negotiated peace there. After the Franco-Prussian War of 1870, peace negotiations began in Versailles, resulting in the Treaty of Versailles of 1871. The peace agreement was later solidified in Frankfurt, Germany. Germany’s aggression temporarily ended and a newly formed German empire rose.

Mere decades later, Germany attacked again. France, with the help of Britain and America, managed to defeat Germany in World War i. What followed was the famous Treaty of Versailles that forced Germany to demilitarize, give up territory and overseas colonies, and pay reparations.

But today, EU leaders gathered in Versailles for the exact opposite purpose. And France and Germany are committed to working closely to establish a European military power.

Germany is rising again; this time to lead a European army. These developments should frighten the world. History warns of Germany’s repeated militarization, as does the Bible. Bible prophecy says that Germany will rise to the top of a conglomerate of nations. We are seeing this happen today.

The Bible uses the symbol of a beast to describe a vicious military empire. Revelation 17 warns that 10 nations or groups of nations will combine their power under one overarching head: “And the ten horns which thou sawest are ten kings, which have received no kingdom as yet; but receive power as kings one hour with the beast” (verse 12).

Right now we see groups of European nations seeking greater military unity, but the Bible reveals that these groups of nations will be pared down to 10 nations. What’s more, prophecy shows that they will get one overarching leader: “And there are seven kings: five are fallen, and one is, and the other is not yet come; and when he cometh, he must continue a short space” (verse 10).

The “one is” refers to Adolf Hitler who fought in World War i and led Germany into World War ii. In the 1930s, Herbert W. Armstrong warned about the “beast” of Revelation. His warning intensified after World War ii ended.

When people saw Germany in rubble, they mocked these prophecies. Even after the fall of the Berlin Wall, many ignored the Bible’s prophecies. But now we see a militarized Germany starting to lead a European military empire. Based off the sure word of Bible prophecy, Mr. Armstrong foretold this turn of events. Please read out free booklet He Was Right to better understand these prophecies.