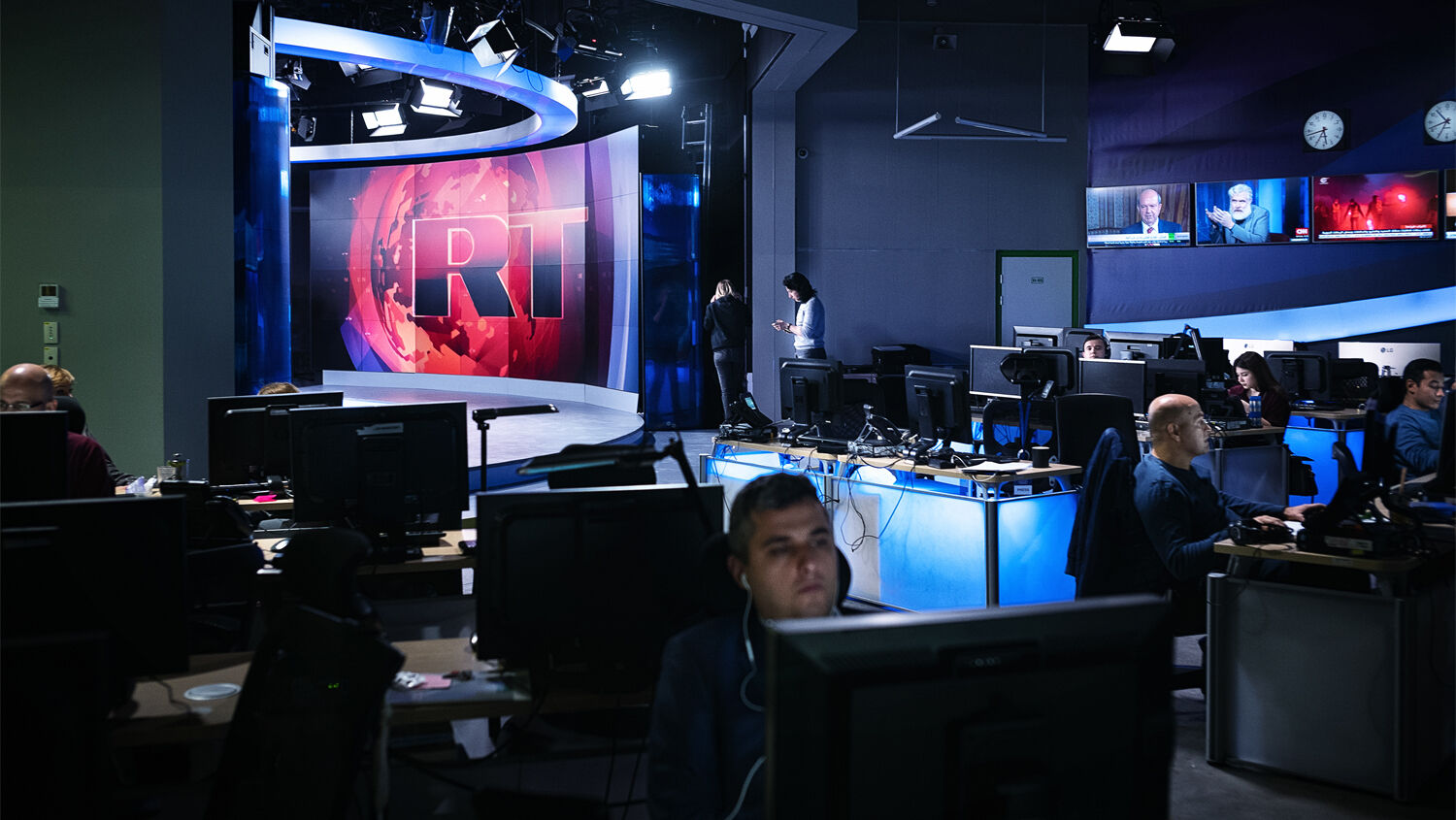 Behind the EU’s Russian media ban is a global ambition for control of the Internet.

In an e-mail to Google on March 4, an unnamed representative of the European Commission said that Russian state media, such as Sputnik and Russia Today (RT), must be banned from search results, videos and social media posts.

“Pursuant to the freedom of speech, media have the right to report objectively on current events,” states the e-mail. However, “the right to free speech can be restricted for legitimate public interests in a proportionate manner.” What these interests are and what is “proportionate” are up to interpretation.

Certainly, propaganda and disinformation can be dangerous. Enemy propaganda has always been outlawed in times of war. It is easy to sympathize with the European Union’s desire to shut down pro-Putin mouthpieces while Ukraine is under attack. But it’s also important to look at the power the EU is grabbing during this crisis.

Under what the e-mail calls “broad” and “comprehensive” sanctions, search providers “must make sure that i) any link to the Internet sites of RT and Sputnik and ii) any content of RT and Sputnik, including short textual descriptions, visual elements and links to the corresponding websites do not appear in the search results delivered to users located in the EU.”

The European Commission’s request followed a February 27 speech by its president, Ursula von der Leyen, announcing the decision to ban Sputnik and Russia Today within the EU. Not long after, Google complied and prevented search results from including the targeted websites. Their associated applications were taken down from the Google Play store.

Social media has also been targeted in an unprecedented way. Deleting posts containing Russian state media applies “both to accounts which appear as belonging to individuals who are likely to be used by RT/Sputnik and to any other individuals.” As for “posts made by individuals that reproduce the content of RT and Sputnik, those posts shall not be published and, if published, must be deleted.”

Nobody is exempt. The European Commission now has broad powers to block anyone on social media who may “appear … likely to be used” by Russian interests.

On February 28, a day after von der Leyen’s speech, Facebook’s president of global policy, Nick Clegg, announced that his platform would comply with requests from the EU and ban Russian state media in Europe. Instagram and TikTok made similar announcements.

Speaking to the Washington Post, T.J. McIntyre, an associate professor studying Internet law and civil liberties at University College in Dublin, called the EU’s decision a “far-reaching and remarkable interpretation of the law.”

Most notably, he stated that regarding the EU’s censorship law, “We have very little insight into how it’s actually being applied.” The EU has not been transparent about its regulation of the Internet, and current events provide only a tiny glimpse into the power the EU truly has.

How many times has the EU censored unwanted publicity without public knowledge—and how much more will it use these powers in the future?

“The European Union is working to gain control of the Internet,” wrote Trumpet editor in chief Gerald Flurry in 2019. “Through various pieces of legislation, the EU now has extraordinary influence in the homes of Internet users and within every corporation and government on Earth. The EU is waging a campaign of technological imperialism, and most people don’t even know it!”

Europe is dominated by Germany, which has its strongest economy. The fact that the EU can influence large tech companies like Google, YouTube and Twitter to block content on a European and even a global scale shows that this trend is worth watching closely. But that’s not all. Europe’s control of the Internet is part of a larger trend described in the Bible: the seventh resurrection of the Holy Roman Empire.

Daniel 8:23 predicts the rise of a modern “king” who will unite Europe, reviving the Holy Roman Empire (Revelation 17:10; see also Who or What Is the Prophetic Beast?, by Herbert W. Armstrong, to prove the identity of this empire in detail).

“The EU is about the Germans ruling more than just Germany,” wrote Mr. Flurry. “They want an empire! They want to control the Internet—and that is only a stepping-stone to controlling the world! Every time it has risen, the Holy Roman Empire has made an attempt to do just that! These Internet regulations show that the spirit of Charlemagne has returned.”

Europe’s increasingly authoritarian power over the Internet already impacts you. The Bible warns that this empire will soon impact the entire world in much more overt and deadly ways.

To learn more about why the EU’s growing influence over the Internet is part of the rise of this empire, read “Germany Is Taking Control of the Internet,” by Mr. Flurry.