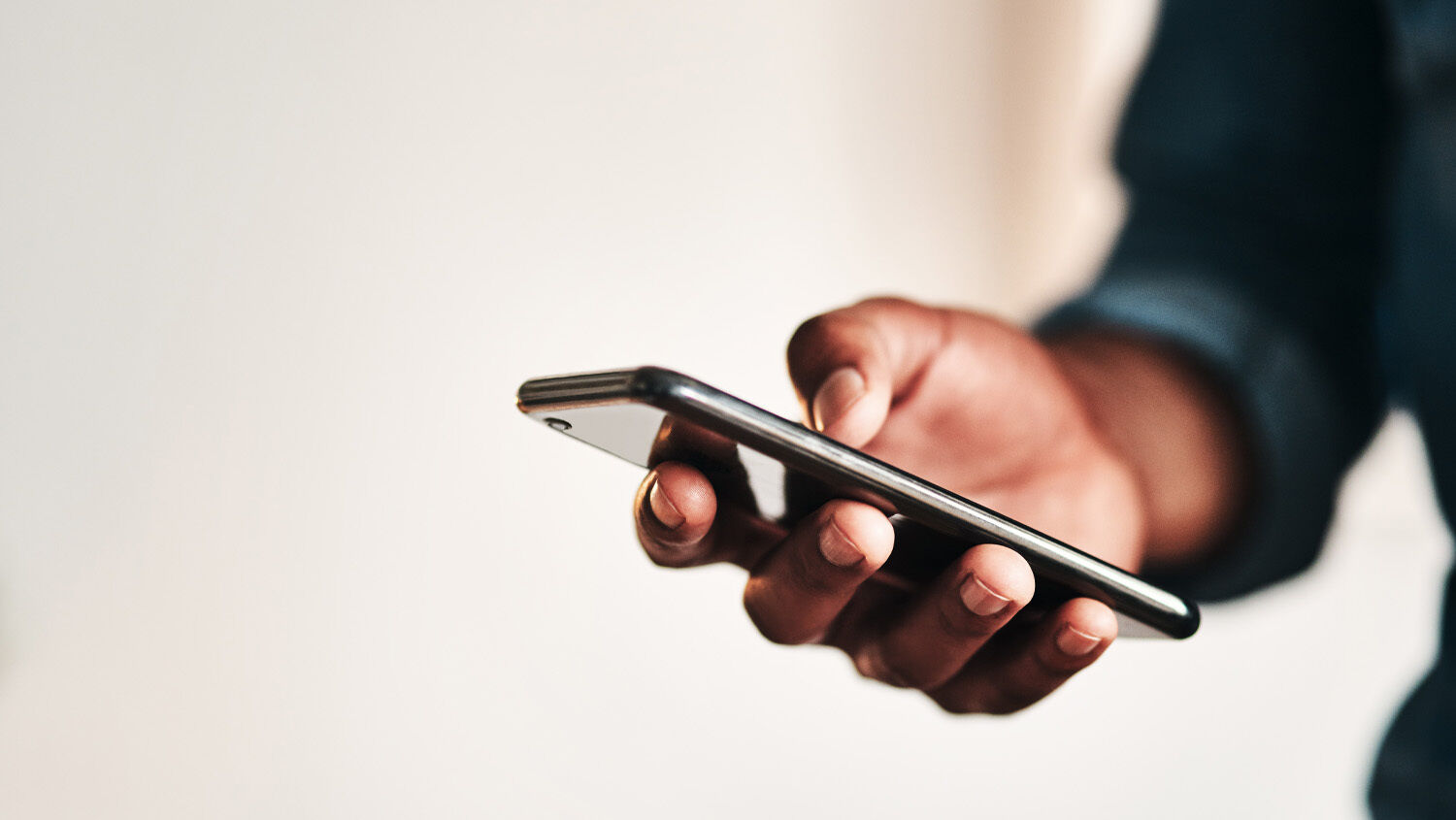 Why is there an aggressive push to digitize Canada in 2022?

Canada is on the leading edge of digitizing identification and currency. Several provinces, including Ontario, Saskatchewan and New Brunswick, are planning on launching digital IDs sometime in 2022. The federal government is also partnering with several organizations and lobbyist groups to investigate the usefulness of a nationwide digital ID.

So what exactly is this digital ID? Each government jurisdiction would create a “digital wallet” app that can be downloaded on your phone. That app would hold your driver’s license, bank information, social insurance number, health card, citizenship information and even health information (like vaccine status). The goal is anything that you have in your wallet right now could be digitized and placed in this app. This information can then be shared via online services or using digital tools at businesses.

“Tap and go” via smartphone has been a popular form of payment for years, and all the Canadian provinces and federal government implemented a QR code-based vaccine passport, which acts upon the same principle of digital ID. The vaccine passports especially appear to be a trial run of how people would accept and use a digital ID.

Ontario, Canada’s largest province with a population of 14.5 million people (38 percent of Canada), is scheduled to release the digital ID in the fall. According to the Ontario government, “Digital ID is an electronic version of trusted government [ID] that provides better safety, more security and stronger privacy than physical identification cards or documents.” But is that really true?

These digital forms of ID are not held on a central server but locally on your phone on the app. (The government website does not address how the central servers supporting the app do not have access to information stored on the app.) In an attempt to allay security concerns, the government said, “[Y]our data is protected using strong encryption and, unlike your physical wallet, your digital ID can easily be turned off if your phone is lost or stolen.” The government can shut off access to the app on your phone. Does that sound like security, or does that sound like government control?

Saskatchewan is also aggressively pursuing digital IDs. Sheila Gunn Reid from Rebel News submitted a freedom of information request on Saskatchewan’s digital ID initiative, specifically to see if it included vaccine status. She is being stonewalled by the Saskatchewan bureaucracy. They are telling her to pay $15,000 to receive the documents. Why would the government want to hide this?

The financial institutions in Canada are heavily invested in creating a digital ID. Payment service organizations Interac and Transunion are promoting Canadians adopting digital IDs. kpmg Canada, a financial advisory company with over $1 billion in revenue annually, is also pushing for a digital ID integrated with financial institutions. The Canadian Bankers Association is spearheading the financial sector’s pressure on the federal government to use Canada’s banks as the foundation for the digital ID across the country. This would tie Canada’s banks into the federal bureaucracy even more. This initiative is being backed by the World Economic Forum.

With the financial sector so invested in creating a digital ID, it naturally leads to the next development: digital currency. The Bank of Canada is actively working with the government to study the feasibility of a central bank digital currency (cbdc).

What is the main motivation behind pushing for a digital currency? Creating a digital currency would give the federal government, through the central bank, even more control over people’s wealth. Cash allows an individual to have a financial asset separate from institutional and government control. A digital dollar would link everything to the government, and your wealth would literally be numbers on a screen, not transferable to a physical commodity. No financial transaction, paycheck or increase of wealth could happen without the cooperation of the government and banks.

Creating digital IDs and digital currency is about government control. John and Nisha Whitehead wrote for the Rutherford Institute: “According to economist Steve Forbes, ‘The real reason for this war on cash—start with the big bills and then work your way down—is an ugly power grab by big government. People will have less privacy: Electronic commerce makes it easier for Big Brother to see what we’re doing, thereby making it simpler to bar activities it doesn’t like, such as purchasing salt, sugar, big bottles of soda and Big Macs.’ This is how a cashless society—easily monitored, controlled, manipulated, weaponized and locked down—plays right into the hands of the government (and its corporate partners).”

The dark realities of this control should be vivid in the mind of every Canadian. Only a few weeks ago, the Canadian government and banks froze people’s personal accounts, blacklisted them from financial services, restricted travel, and censored them on social media because they supported a peaceful protest against Justin Trudeau’s government. This was done through an illegal use of the Emergencies Act, but it showed the tremendous control the government has over citizens and the banks.

What would have happened if a digital ID and currency already existed? The government and banks could have locked people out of their digital IDs on their phones, bank cards, frozen all their money without the option of using cash, and cut off their ability to legally drive a car, travel to a different country, or even access health care. Digital ID and currency allows the government and corporate allies to completely lock down people’s lives.

It would also give the government and law enforcement the ability to monitor all transactions. Nothing could be done discreetly or privately using cash. The Liberal government is already planning on introducing legislation to make crowdfunding and cryptocurrencies report transactions to fintrac, a financial surveillance intelligence agency. A digital currency would make all financial transactions easy to scrutinize by a corrupt Liberal government.

The vaccine passports in Canada have already illustrated how effective digital IDs are at targeting and controlling people. There is no doubt vaccine status and other health information will be included in these digital IDs.

Seizing more control over people’s lives is the agenda of the Communist radical left. It is the goal of the Trudeau government, which is being aided by the financial and corporate institutions in Canada. “The radical left has gained control of the government and much of the country,” writes Trumpet editor in chief Gerald Flurry in Great Again. To answer, “What is the left’s end goal?” Mr. Flurry quotes late educator Herbert W. Armstrong, who wrote: “[I]f it could do it peaceably at the polls, it would—but it knows it can’t, so it does stand for the violent overthrow of the United States government.” Mr. Flurry then adds: “This is what it is all about. It has never been merely a political party—it is a movement to destroy the government of America. And it has succeeded on an amazingly high level!” Trudeau has followed the same pattern of the Barack Obama-led Communists in the United States. The digitization initiative is a final piece to gaining absolute power.

How does digitization and control play into Bible prophecy? In “Where Are Vaccine Passports Leading?” Trumpet contributing editor Richard Palmer wrote, “The infrastructure we are talking about—that elites in your national government are talking about—can determine your ability to buy, to sell, to work. This has reminded many people of a particular verse in the Bible: ‘And that no man might buy or sell, save he that had the mark, or the name of the beast, or the number of his name’ (Revelation 13:17).” The Bible does warn that a church-state empire in Europe will use a similar type of control to impose its tyranny on the end-time nations of Israel, such as the United States, Britain, Canada, and the other English-speaking peoples.

However, a covid vaccine or passport is not the biblically prophesied mark of the beast …. However, this system could one day be used to set up such a mark—and exclude those who refuse it from business, public transport and the workplace.

Even if opponents to these kinds of passes succeed, look at how much liberty we have already lost over the course of the pandemic. Another assault on that liberty, in order to implement a mark, will be that much easier.

This digitization is opening the door for tyranny from the Communist radical left and a future resurrected Holy Roman Empire in Europe. This is going to impact your life in a profound way. You need to know about these prophecies and what you can do about it.

To learn more, please read “Where Are Vaccine Passports Leading?” and Mr. Armstrong’s free booklet Who or What Is the Prophetic Beast?