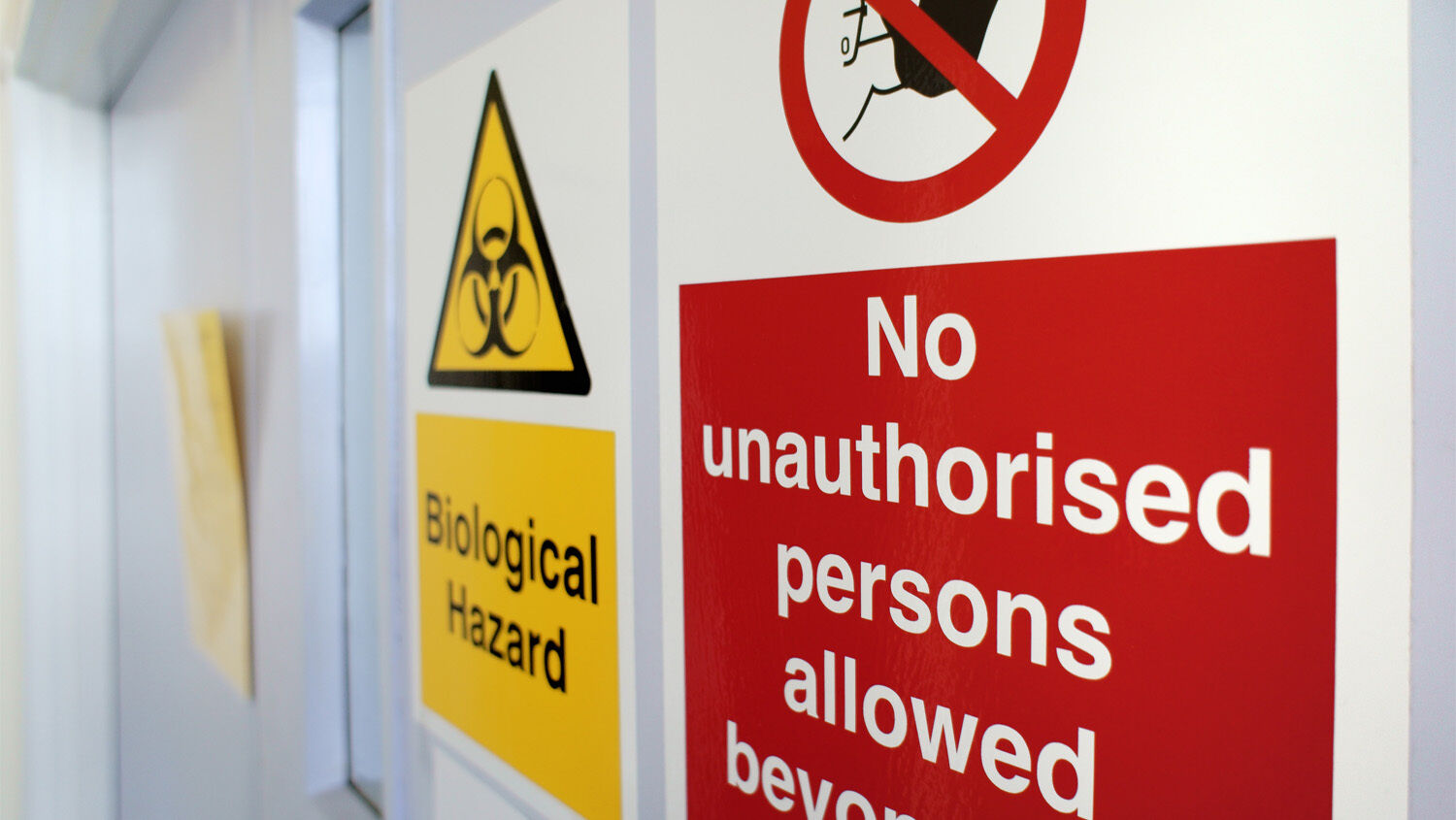 As 1 million Odessians nervously wait to see whether their city will be the next to suffer Russian bombardment, United States officials are wringing their hands over the fate of Ukraine’s biological research facilities. Since the end of the Cold War, the U.S. has worked closely with Ukraine to fight the spread of infectious diseases. Yet since Russia’s invasion, a network of U.S.-affiliated laboratories in Odessa and other Ukrainian cities has come under threat. In February, Cooperative Threat Reduction Program director Robert Pope announced his program had lost contact with a number of these labs and he feared Russia would exploit their existence in a disinformation campaign meant to justify invasion.

“Should Russian forces occupy a city with one of these facilities, we are concerned that Russia will fabricate ‘evidence’ of nefarious activity in an attempt to lend credibility to their ongoing disinformation about these facilities,” Pope said.

On April 10, 1972, the United States, United Kingdom and Soviet Union signed the Biological Weapons Convention, which prohibits the development, production, acquisition, transfer, stockpiling and use of biological weapons. Russia is now accusing the U.S. of violating this treaty by cooperating with Ukraine to make more virulent viruses. Russia may have violated the treaty itself when it used a biological weapon in a 2018 attack in the UK. The U.S. denies Ukraine’s biological research facilities are doing bioweapons research and instead maintains they are public and animal health labs. Still the World Health Organization has advised Ukraine to “destroy high-threat pathogens housed in the country’s public health laboratories” to prevent “any potential spills” that would spread disease among the population.

U.S. Undersecretary of State for Political Affairs Victoria Nuland echoed the World Health Organization’s concern, saying, “Ukraine has biological research facilities, which, in fact, we are now quite concerned Russian troops, Russian forces may be seeking to gain control of, so we are working with the Ukrainians on how they can prevent any of those research materials from falling into the hands of Russian forces should they approach.” So the pathogens at these “public health laboratories” are virulent enough that the undersecretary of state does not want Russian President Vladimir Putin to get his hands on them.

What is really going on in Ukraine? Why would the U.S. need to fund public and animal health labs in Ukraine?

The U.S. Embassy in Ukraine notes that the “U.S. Department of Defense’s Biological Threat Reduction Program collaborates with partner countries to counter the threat of outbreaks (deliberate, accidental or natural) of the world’s most dangerous infectious diseases.” Toward this end, the Pentagon funds 12 biolabs in Ukraine built by Kansas-based company Black and Veatch during Barack Obama’s first term in office. Black and Veatch partnered with Metabiota to set up these labs. Metabiota has ties to Hunter Biden’s investment company Rosemont Seneca Technology Partners, which pumped $18.4 million into biological research facilities in both Ukraine and Georgia in 2014.

What was being done at these labs? A June 18, 2010, article from BioPrepWatch.com, which was recovered by National Pulse, says that in 2005, then Sen. Barack Obama and Sen. Dick Lugar negotiated a deal to build a level-3 biosecurity lab in Odessa. And a document from the BioWeapons Prevention Project shows these labs were studying Ebola and “viruses of pathogencity group ii by using virology, molecular, serologica and express methods.” They also provided “special training for specialists on biosafety and biosecurity issues during handling of dangerous biological pathogenic agents.”

So the U.S. may be technically correct when it says these labs are public and animal health labs, but they are still studying dangerous pathogens that could expose Ukraine and much of the world to a serious pandemic if released. The mortality rate of the Ebola virus is more than 15 times higher than the mortality rate of covid-19, so it has potential as a bioweapon. The potential for a Wuhan-style lab leak is distinctly real, especially considering Wuhan was a biosafety level 4 facility while Odessa is a biosafety level 3 near an active warzone.

“I would say from every facility that we have worked with them in, we have confidence that as long as the electrical power is turned on and the people we have trained are present at the facility … these pathogens are safe and secure to international standards,” Pope told the Bulletin of Atomic Scientists. “Should these facilities be damaged by conflict, that could change. If you lose the electrical power, the pathogens in the freezers warm up. If the ventilation system is damaged, or the building itself is damaged, and these now ambient-temperature pathogens are able to escape the facility, then they can be potentially infectious in the region around the facility.”

The threat these pathogens pose is so great it begs the question: Why is the United States funding this type of research in Ukraine and Georgia? It certainly seems this type of research could be done on American soil where it is far more protected from things like a Russian invasion. But instead, Obama negotiated a deal to build these research facilities in Ukraine and then partially paid for them using capital from Hunter Biden’s investment firm. These facts are all the more concerning in light of recent revelations that Obama and his science czar, Dr. John P. Holdren, were funding dangerous gain-of-function research at the Wuhan Institute of Virology in Communist China.

In “Was the Coronavirus Crisis Engineered?” Trumpet editor in chief Gerald Flurry wrote, “We do not yet know everything there is to know about covid-19, but the emerging picture makes an absolutely incredible scenario look more and more plausible: that American leaders contributed to engineering covid-19 as a bioweapon to ‘fundamentally transform’ America. … On July 5, 2016, Nature magazine published an interview with Dr. Holdren, in which he said, ‘I’m going to China this week for strategic and economic dialogue and for a U.S.-China dialogue on innovation policy. … We have a lot of cooperation with China on biomedical issues. We talk to them all of the time about gain-of-function research and about gene editing issues.’ Holdren was collaborating with the Chinese to make viruses more deadly! This collaboration is even more concerning since it occurred after Obama cut off funding for gain-of-function research in America.”

Now it has been revealed the Obama administration was doing similar research in Ukraine, whether it was bioweapons research or public and animal health research. Constructing an Ebola research lab in Odessa does not make much sense, especially when you realize that Obama brokered the deal to build this lab the same year he brokered a deal to destroy Soviet-era weaponry in Eastern Ukraine. Why disarm a nation and start doing Ebola research on Russia’s border? As with Obama’s support for the Wuhan lab, this is either incompetence or treason. The Bible indicates treason!

“Yea, he magnified himself even to the prince of the host, and by him the daily sacrifice was taken away, and the place of his sanctuary was cast down. And an host was given him against the daily sacrifice by reason of transgression, and it cast down the truth to the ground; and it practiced, and prospered” (Daniel 8:11-12). Antiochus Epiphanes fulfilled this prophecy when he desecrated the temple in Jerusalem with an idol of himself. But the book of Daniel is primarily for the end time (Daniel 12:4).

Mr. Flurry explains in America Under Attack that a spiritual Antiochus “cast down the truth to the ground” inside God’s Church, and a political Antiochus does the same in the United States. The most anti-Bible president in American history, Barack Obama, fulfills the role of the political Antiochus. He is out of office now, but he and his powerful allies have been at work trying to overthrow the United States. The scandal over the Obama administration’s connections to the genetic research in Wuhan that started the covid pandemic is a prime example of this surreptitious activity. The emerging evidence about Obama’s role in building biological research centers in Ukraine bears watching.