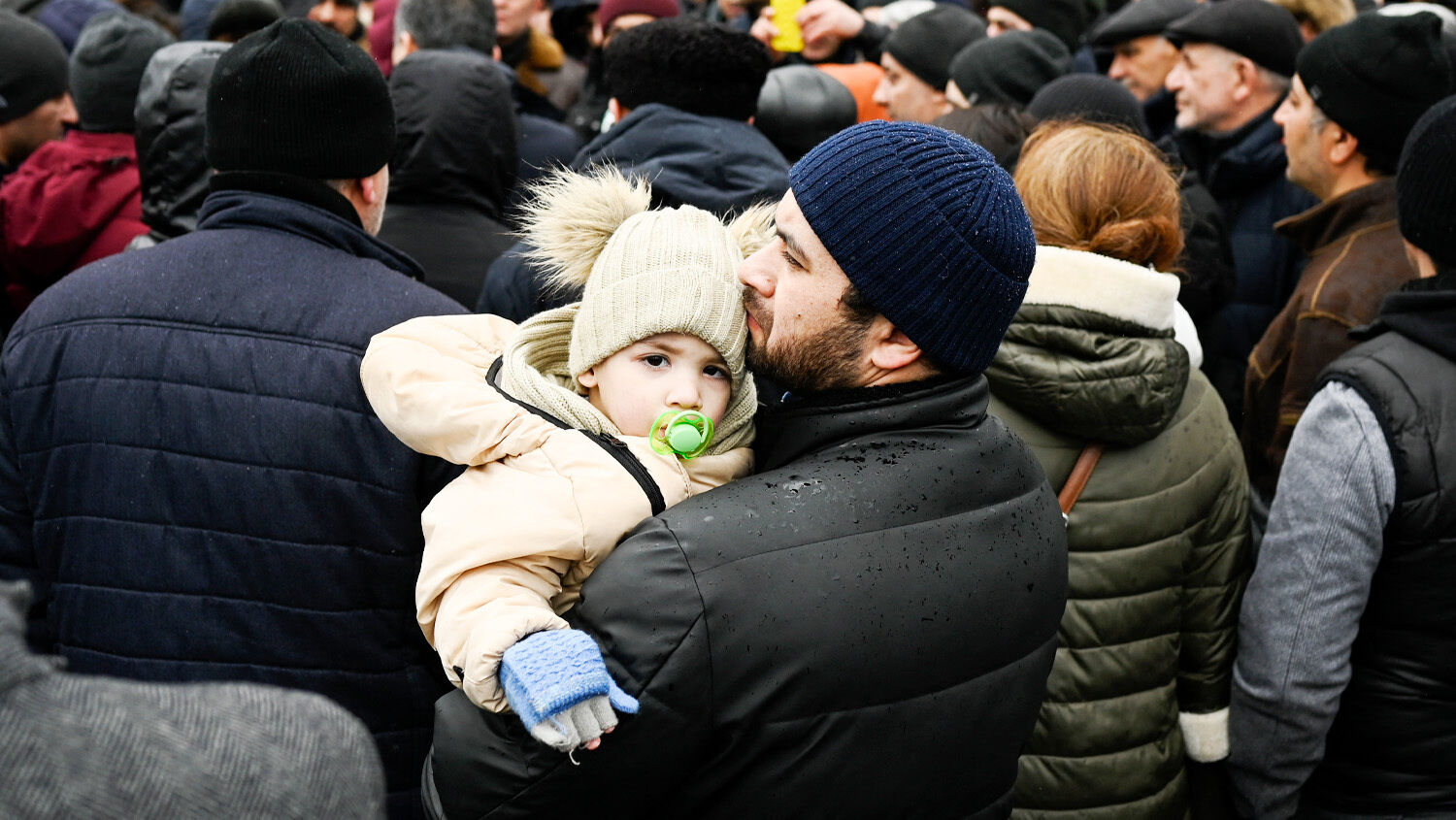 A man holds his child as families, who fled Ukraine due to the Russian invasion, wait to enter a refugee camp on March 3.
NIKOLAY DOYCHINOV/AFP via Getty Images

The flight of millions of refugees from Syria and Ukraine has brought the reality of war closer to Europe’s heartland.

According to the United Nations, more than 2.2 million people have fled Ukraine since February 24. As of March 10, around 96,000 war refugees have been officially registered in Germany; Poland counted 1.4 million. But this is just the beginning. Kyiv Mayor Vitali Klitschko noted that almost half of all Kyiv residents have left the capital, which had a population of 3.5 million people. In a nation of 44 million, the implications of war are immense. What’s happening today is reminiscent of the 2016 refugee crisis.

Many European countries have provided shelter and even streamlined temporary allowances for Ukrainians to work. Citizens have taken Ukrainians into their own homes. But European governments are doing little to stop the bloodshed in Ukraine. German Foreign Minister Annalena Baerbock told Bild that Russian President Vladimir Putin is “apparently unstoppable at the moment” because “he is crossing all human boundaries.”

During Syria’s ongoing civil war, Russia has supported Syrian President Bashar Assad’s regime. Through air strikes, Russia is responsible for the death of many civilians and the flight of countless more. In 2016, head of United States European Command Gen. Philip Breedlove warned that Russia and Syria were “deliberately weaponizing migration in an attempt to overwhelm European structures and break European resolve.”

The Syrian crisis exploded after the West imposed sanctions on Russia for occupying Crimea. While Russia has not been the only aggressor in the crisis, the timing is interesting.

The flight of millions of refugees from Syria and Ukraine has brought the reality of war closer to Europe’s heartland. More and more people in Europe are directly affected by rising oil and gas prices, by the large influx of refugees, and by the fear of conflicts closer to home. This reality has caused them to gravitate toward politicians who take drastic actions. A survey found that 78 percent of Germans support the decision to deliver weapons to Ukraine and build up the German armed forces in response to Russia’s invasion of Ukraine.

As we often explain at the Trumpet, the Bible reveals that Europe’s changing mindset toward war will motivate the Continent to deal militarily with future world crises. Europe is prophesied to get a leader who will promise to bring peace but end up bringing monumental destruction. “And through his policy also he shall cause craft to prosper in his hand; and he shall magnify himself in his heart, and by peace shall destroy many: he shall also stand up against the Prince of princes; but he shall be broken without hand” (Daniel 8:25).

I encourage you to order a free copy of A Strong German Leader Is Imminent and watch Mr. Flurry’s recent Key of David on the subject.