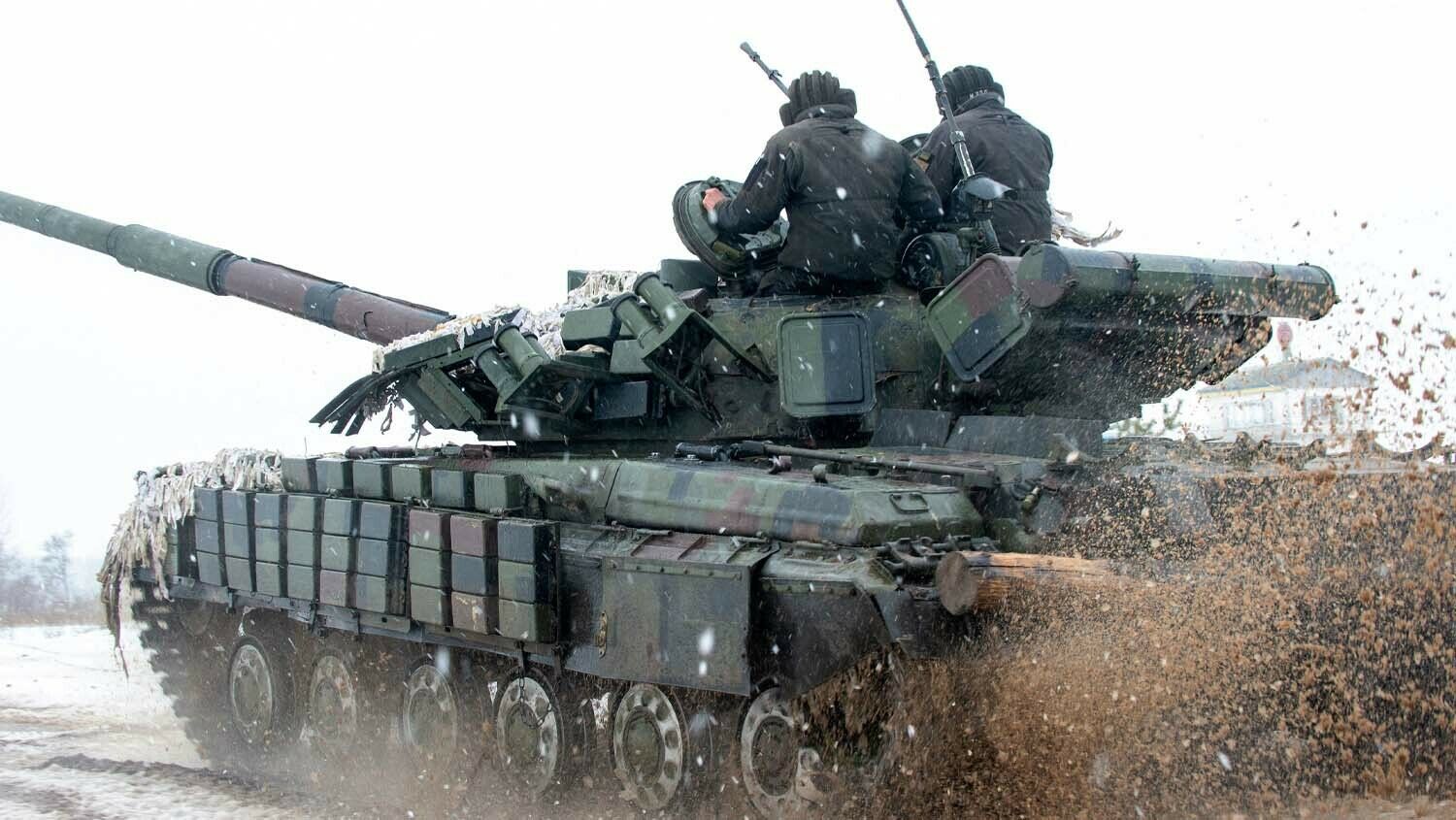 Ukrainian Military Forces servicemen of the 92nd mechanized brigade use tanks, self-propelled guns and other armored vehicles to conduct live-fire exercises near the town of Chuguev, in Kharkiv region, on February 10.
SERGEY BOBOK/AFP via Getty Images

No leader appears capable of fighting for the interests of all Europe.

Various German-language media outlets agree that Russian President Vladimir Putin has proved Europe needs an overarching leader. The dilemma started when Europe negotiated with Russia. The Austrian paper Der Standard wrote on February 10: “The EU finally needs a leader who can deal with Putin and [Joe] Biden on an equal footing” (Trumpet translation throughout). But now that the negotiations have failed and Putin has started moving his troops into Ukraine, Europe faces an even worse dilemma.

In the negotiations, France took the lead in talking with Russia. “As commendable as it is that French President Emmanuel Macron is standing in for the EU—it needs to change. The EU finally needs a face, a voice, a ‘head of the Union’ who will act at eye level with Putin and U.S. President Joe Biden. That can only happen if there is deep EU reform and further democratization—and if the direct election of a president of the EU comes. Plans for that have been around for a long time. It is time to implement it,” Thomas Mayer noted for Der Standard.

After the invasion, one of Germany’s most distinguished publicists and commentators, Wolfram Weimer, delivered a very similar message in his article “The Would-Be Leader Demonstrates Europe’s Weakness.” “Putin’s policy of aggression exposes the weakness of the European Union,” he noted on February 22. “Militarily, it is entirely dependent on the United States and politically without leadership. London is going its own way on Brexit, Berlin’s traffic-light government seems fickle. Macron is demonstratively taking over Europe’s leadership role, which was held by Angela Merkel for 16 years. But he has his very own ideas in mind.” Weimer noted that Putin sees Europe’s current fragility and seeks to exploit it. He wrote:

The timing of Russia’s further intensified aggression policy in Europe is no coincidence. Vladimir Putin is taking advantage of a particular moment of power-political EU weakness: The [United Kingdom] is breaking away from the EU alliance and is still in the midst of dealing with Brexit, France is preoccupied with presidential elections, and in Germany, Angela Merkel has stepped down and the new traffic-light government is not yet firmly in the saddle. All of them are currently weak militarily and divided on important issues—from Brexit to the nuclear energy issue to the Nord Stream 2 pipeline. Putin’s calculation was: In this situation, no European power will stand firmly in his way.

The fact that Germany, for example, as the largest power in Europe, manages to send only 5,000 helmets to Ukraine confirms Putin’s assessment of the embarrassing situation for the EU. In Moscow, political strategists have been talking for weeks about a “vacuum” in the center of power in Europe—only the U.S.A. is taken seriously as a power factor. This is one reason why the “Trilateral Contact Group” (osce, Ukraine, Russia) and the “Normandy Format” (Germany, France, Ukraine and Russia), which have been promoted by the European side, have not been successful.

In addition to a leader, Weimer also noted that Europe lacks the military strength to back that leadership. Germany’s Der Spiegel wrote on February 23, “European Unity Tested by Russian Aggression.” Europe appears divided and leaderless when it needs to be united and strong.

In 2014, former German Defense Minister Karl-Theodor zu Guttenberg wrote “Putin Is Basking in an ‘Astonishing Leadership Vacuum.’” While Europe’s leadership vacuum has existed for a long time, the vacuum is growing bigger and demands an urgent solution. What will it take for Europe to act on this demand? Will Putin have to take all of Ukraine before the EU’s leadership wakes up?

The timing of this public demand is most interesting prophetically. The Trumpet has warned that the rise of a European strongman is imminent. Trumpet editor in chief Gerald Flurry wrote in 2015:

Strong leaders are rising on the world scene today in several nations, including Russia, China and Iran. But what about Europe? What about Germany?

Various end-time prophecies show that a leader will rise in a time of crisis. Daniel 11:21, for example, reads: “And in his estate shall stand up a vile person, to whom they shall not give the honour of the kingdom: but he shall come in peaceably, and obtain the kingdom by flatteries.” This prophecy is explained in our booklet A Strong German Leader Is Imminent. I encourage you to request a free copy. Also, watch Mr. Flurry’s recent Key of David program “A Strong German Leader Is Imminent (2022).” These materials will help you understand your Bible in a way you haven’t before.