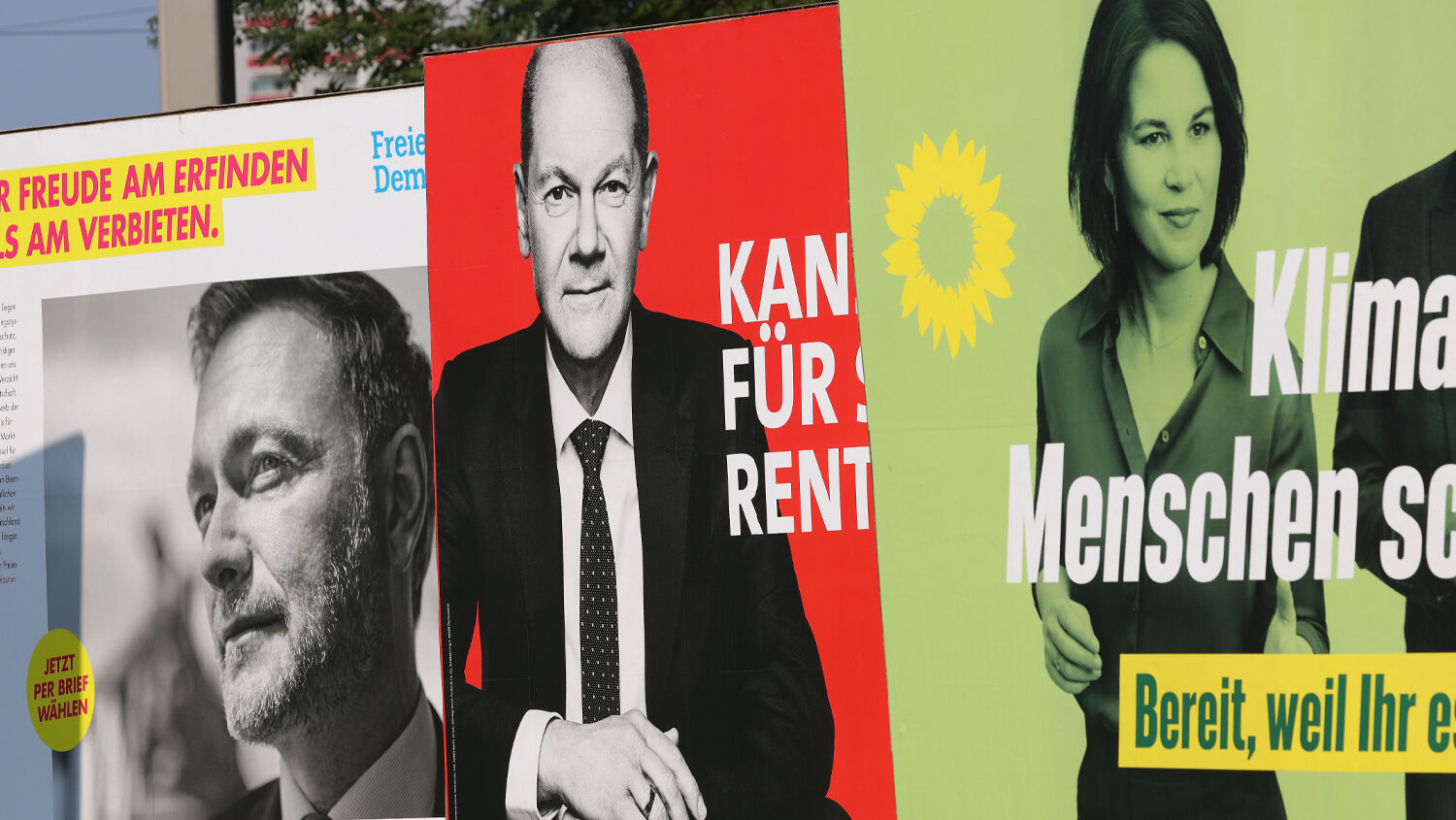 Behind every political party stands an array of companies.

Officially, Germany is currently ruled by a three-party coalition of the Social Democrats, the Free Democrats and the Greens. Of all three parties, the Green Party appears to be the most innocent. It stands for environmental protection, global peace and open borders. But the companies it associates with are concerning.

In “From Amazon to Rheinmetall—the Greens’ New Friends,” Welt wrote on February 16: “What do cigarette manufacturer Philip Morris, arms manufacturer Rheinmetall and Internet giant Amazon have in common? For some time now, they have all been paying members of the Green Business Dialogue (Grünen Wirtschaftsdialog—gwd), an association close to the Greens that organizes meetings between business representatives and politicians from the eco-party” (Trumpet translation throughout).

Weapons manufacturers, air polluters, capitalist market giants—these are the kinds of companies the Green Party typically opposes, but now it is seeking dialog with them.

Green Business Dialogue was founded at the end of 2018 by Green Party veterans. It gained relevance when the party entered into the government coalition. The participating companies pay over to $16,000 a year to the association. This membership fee grants them the open ears of Green politicians. The Green Business Dialogue sees itself “as a bridge builder between business and politics” that represents “the idealistic and economic and professional interests of its members in the sense of a sustainable, ecological, innovative and economically successful way of doing business.”

Prominent Green politicians have attested to the close relationship, and photos from events show well-known Green politicians with business representatives. On January 19, Wirtschafts Woche published an article titled, “Robert Habeck’s New Friendship With the Industry.” Habeck, from the Green Party, is Germany’s new federal minister of economics. The article noted that before Habeck started his “climate protection tour” he met with industry leaders in Hamburg who hoped for subsidies.

The party that once opposed big business is now its ally. Wirtschafts Woche noted that Airbus ceo Guillaume Faury knows that the Green Party needs to cooperate with the economy and not work against the large corporations, “as used to be the attitude of the Sunflower Party.” The article also noted that “Airbus has a good chance of receiving government support as long as it keeps its promise to remain or become a technological leader.”

While the Green Business Dialogue is said to fulfill slightly different functions than its counterparts from other parties, the organization Lobbycontrol noted a problematic proximity between party and lobby interests. “It is piquant that a number of companies are represented here that do not belong to the typical Green clientele,” says spokeswoman Christina Deckwirth. Politicians should not involve “companies in discourses surrounding the party” by paying sponsorship fees. “The fact that this is also common practice with other parties and happens to an even greater extent doesn’t make it any better,” Deckwrith added. Welt also pointed out that the armaments sector plays a significant role in the Green Forum.

But the interesting thing to note is that no matter who Germans vote for, they appear to vote for the same companies that stand behind the different parties. “[S]ome of the member companies pragmatically spread their proximity efforts across several parties: basf, Deutsche Bank, Google and Philip Morris, they all confirmed to Welt am Sonntag that in addition to their membership in the [Green Business Dialogue], they are also represented in the cdu Economic Council and the spd Economic Forum,” Welt noted. “The Green Business Dialogue apparently rounds out the portfolio of helpful memberships.” Perhaps that’s why Germany’s political parties have a hard time keeping their promises.

Germany’s Green Party is generally one of the strongest opponents to weapons exports and is among the biggest critics of any government that approves them. Yet when the Greens ruled with the Social Democrats between 1998 and 2005, it seemed to have no problem approving the controversial exports. In fact, weapons exports increased in that time.

In 2011, Spiegel Online called out the Greens’ hypocrisy: “The ‘Report of the Federal Government on its Export Policy for Conventional Military Equipment’ was introduced by the red-green federal government. The first report is available for 1999 and initially shows an export volume of €26.1 million for Saudi Arabia. By 2004, arms deliveries had risen to almost €60 million during the reign of Chancellor Gerhard Schröder.” The Green Party’s transparency exposed its hypocrisy. Even the most peace-loving parties have given in to the pressure of Germany’s industrialists. If the proposed goals of those parties never come to fruition and their popularity suffers because of it, you know there is someone else who pulls the strings. Politicians come and go, but these companies maintain influence.

That’s probably also why big companies like Volkswagen get away with so much corruption. In 2017, the U.S. accused German carmakers Volkswagen, Daimler AG, bmw, Audi and Porsche of pursuing a coordinated strategy of misrepresenting emission results to make diesel cars more competitive at home and abroad. The scandal was bad in the U.S. and worse in the EU, but the punishments didn’t reflect that. In the U.S., Volkswagen sold 580,000 affected vehicles and was forced to pay $25 billion in fines, penalties and other damages. In Europe, it sold 8 million vehicles, yet Germany fined it only $1.1 billion.

The history of these companies is also troubling. basf and Sonfi trace their roots back to IG Farben, a key to Germany’s rise in both world wars. Rheinmetall, Volkswagen and others have a similar history.

“The dream of German dominance did not die with Hitler,” Trumpet editor in chief Gerald Flurry warned in “Rising From the German Underground.” “The German business empire was planning a Nazi comeback when it saw that World War ii was lost. It’s all documented for anybody to see!” Mr. Flurry recounted how various business leaders rallied behind Adolf Hitler to support his cause. The same businesses are shaping politics today. Mr. Flurry also showed why this trend is prophetically significant:

The book of Revelation has this important prophecy about an end-time European power: “The beast that thou sawest was, and is not; and shall ascend out of the bottomless pit, and go into perdition: and they that dwell on the earth shall wonder, whose names were not written in the book of life from the foundation of the world, when they behold the beast that was, and is not, and yet is” (Revelation 17:8). “Bottomless pit” is not the best translation here. It is referring to a pit that goes on and on, as if no one can ever deal with the problem in that pit.

This is referring to Germany, which will form the heart of a coming European superstate. After World War ii, the elites who had caused that war went underground. Their underground activity continues to this day. This prophecy describes this German-led power as a beast that “was, and is not, and yet is.” It appears to be gone—but it is just underground!

Verse 10 continues: “And there are seven kings: five are fallen, and one is, and the other is not yet come; and when he cometh, he must continue a short space.” This prophecy is specifically dated to the time of the sixth of seven resurrections of this European empire. As we prove in our book The Holy Roman Empire in Prophecy (request a free copy), that sixth resurrection was Hitler’s Third Reich. This prophecy dates to that time because God’s servant Herbert W. Armstrong was on the scene declaring this prophecy at the time of Adolf Hitler—the “one [who] is.” Now, a seventh is coming—the one that “is not yet come.”

Europe’s businesses are gravitating toward politicians to get their interests represented. This is a concerning trend, especially when they find a radical leader like they did in the days of Nazi Germany. The fear of such a radical escalation hasn’t ended. The German underground still plans to expand the German empire. The Bible reveals that it will find a powerful leader. I encourage you to read Mr. Flurry’s article “Rising From the German Underground” to learn about the history and prophecy of this important reality that is about shock the world once more.