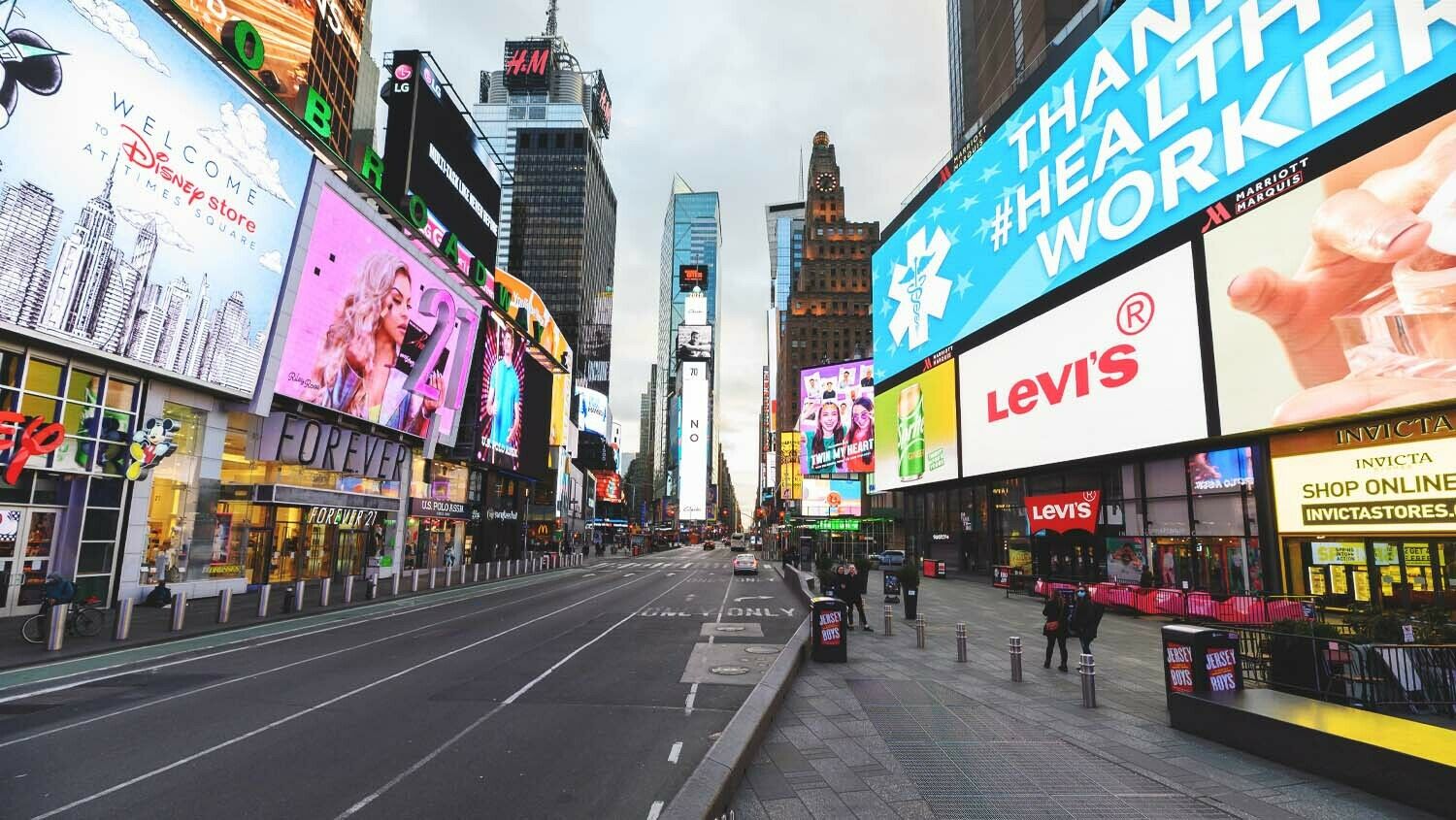 A view of Times Square hours ahead of the implementation of ‘New York State on PAUSE’ executive order on March 22, 2020
Noam Galai/Getty Images

Lockdowns may have only reduced COVID-19 mortality by 0.2 percent on average.

An analysis of numerous studies from all over the world published by the renowned Johns Hopkins University found that lockdowns in Europe and the United States had virtually no effect on the number of coronavirus deaths. According to the studies, the coronavirus death rate was reduced by only 0.2 percent. This small percentage is far outweighed by the number of deaths caused by lockdowns. The lockdowns have been one of history’s most catastrophic failures.

“This systematic review and meta-analysis are designed to determine whether there is empirical evidence to support the belief that ‘lockdowns’ reduce covid-19 mortality,” the researchers wrote. What has been the effect of the lockdowns?

After the epidemic was classified a pandemic on March 11, 2020, a combination of irrational thinking, scaremongering and false science, driven by political motives, ensued. Governments around the world enforced unprecedented lockdowns. It was an experimental power play.

For two years, we have been told lockdowns save lives. Yet millions have lost their jobs. Children have fallen behind in school. Depression rates have soared. Social lives have dramatically changed. People’s every move has been tracked. Stay-at-home orders have been issued at random. Fines for disobedience have been administered. Police forces have violently clashed with protesters. Economies have been greatly damaged. The world entered a new dictatorial age.

Institutions ordering the lockdowns were experimenting, but failed on an epic scale. The Johns Hopkins University researches found “little to no evidence that mandated lockdowns in Europe and the United States had a noticeable effect on covid-19 mortality rates.” “Science” suggested the lockdowns, and politicians enforced them.

But the lockdowns were not based on scientific evidence. At best, they were an experiment scientists hoped would work. But they failed to stop the spread of the virus and save lives.

Prominent epidemiologist Neil Ferguson told the New York Times in March 2020: “Based on our estimates and other teams’, there’s really no option but follow in China’s footsteps and suppress.” The World Health Organization (who) also praised the lockdown measures taken in China as the new standard to follow. But in December 2020, it wrote:

However, these measures can have a profound negative impact on individuals, communities and societies by bringing social and economic life to a near stop. Such measures disproportionately affect disadvantaged groups, including people in poverty, migrants, internally displaced people and refugees, who most often live in overcrowded and under-resourced settings, and depend on daily labor for subsistence.

who recognizes that at certain points, some countries have had no choice but to issue stay-at-home orders and other measures, to buy time.

Governments must make the most of the extra time granted by “lockdown” measures by doing all they can to build their capacities to detect, isolate, test and care for all cases; trace and quarantine all contacts; engage, empower and enable populations to drive the societal response and more.

who is hopeful that countries will use targeted interventions where and when needed, based on the local situation.

The World Health Organization acknowledged the terrible effects of the lockdowns, but then encouraged the measures. The organization probably knew the ineffectiveness of the lockdowns. Yet it still gave governments an excuse to enforce them. Even if the lockdowns did save lives, would they have been worth it?

Nigel Farage, former leader of the United Kingdom’s Independence Party, asked that very question. The UK Office of National Statistics reports that just over 17,000 people, with no underlying issues, died of covid-19. The more prominent Johns Hopkins University Center for Systems Science and Engineering, however, shows more than 157,000 covid deaths. That number includes those who died with covid, but not necessarily of covid.

In conversation with Farage, Prof. Karol Sikora, ex-director of the who’s cancer program, said: “I think we’re going to regret it. … In my specialty cancer, you’ll look back and you’ll see probably extra 50,000 deaths over the last 18 months from cancer you wouldn’t have had and that’s the problem.” This is only one example of the effects the lockdowns and clearing out hospitals for covid patients has had.

People feared covid-19 would overburden hospitals. Instead, social-distancing measures, personnel shortages and extreme hygiene measures overburdened hospitals. The lockdowns also denied people the opportunity to go to parks and absorb vitamin D from the sun and take in fresh air, which are proven cures against covid.

One of the worst effects, however, are the dictatorial measures emerging in Europe. Despite all the evidence, Germany and Austria continue the lockdowns. At the start of the pandemic, Trumpet editor in chief Gerald Flurry warned that the coronavirus would transform Europe! “One of the most important effects of the coronavirus crisis is taking place on the continent of Europe,” he wrote in April 2020. He then warned that we were seeing dictators on the rise. (Please read his article “Coronavirus and the Holy Roman Empire” for more information on this spot-on warning.)

In our May-June 2020 Trumpet magazine, executive editor Stephen Flurry stated emphatically, “The Cure Is Killing Us.” No tedious comparisons of studies nor two years of experimental madness were required for his analysis. He wrote:

We’ve seen large numbers of people whipping themselves into a frenzy before. The world has grown more and more radical, emotional and panicked, especially over the last few decades. But nothing has illustrated this quite like the reaction to covid-19.

We shut down the world, suspended our constitutional republic, ground economies to a halt, drove millions to joblessness, drained the stock market, spent more money than ever before, massively expanded and empowered government, and ballooned the size of the welfare state. In the end, will it prove to all be in hasty response to the equivalent of, as Dr. Fauci said, a bad flu season?

None of this makes sense—unless you realize that it all traces back to one cause. I’m not talking about leftists in America or in other countries, I’m talking about the original source. That one source is Satan the devil.

Satan is a real, actual evil spirit being. He is active in the world. In fact, he has power to influence people, and he has successfully deceived the whole world. As Ephesians 2:2 says, the god of this world actually isn’t God the Father or Jesus Christ, it’s Satan! That’s what your Bible says. Isn’t that what you’re seeing on the news right now?

It is crucial to understand how Satan preys on out-of-control emotions! “Whenever people are fighting to survive and emotions are flying,” my father writes, “the devil is going to exploit that every time!” (America Under Attack).

If you understand what the Bible says about our world, the past two years make sense. Understanding Bible prophecy will also make plain that no matter how much the evil is exposed, mankind will not be able to correct its course. “The battle here is not just against a virus or confusion or misinformation or an agenda,” Mr. Flurry wrote. “For the world and for you individually, it’s against Satan. The world won’t see it until it’s too late, will you?”

I encourage you to read “The Cure Is Killing Us” and request a free copy of America Under Attack, by Gerald Flurry, to understand the all-important spiritual dimension behind the news.