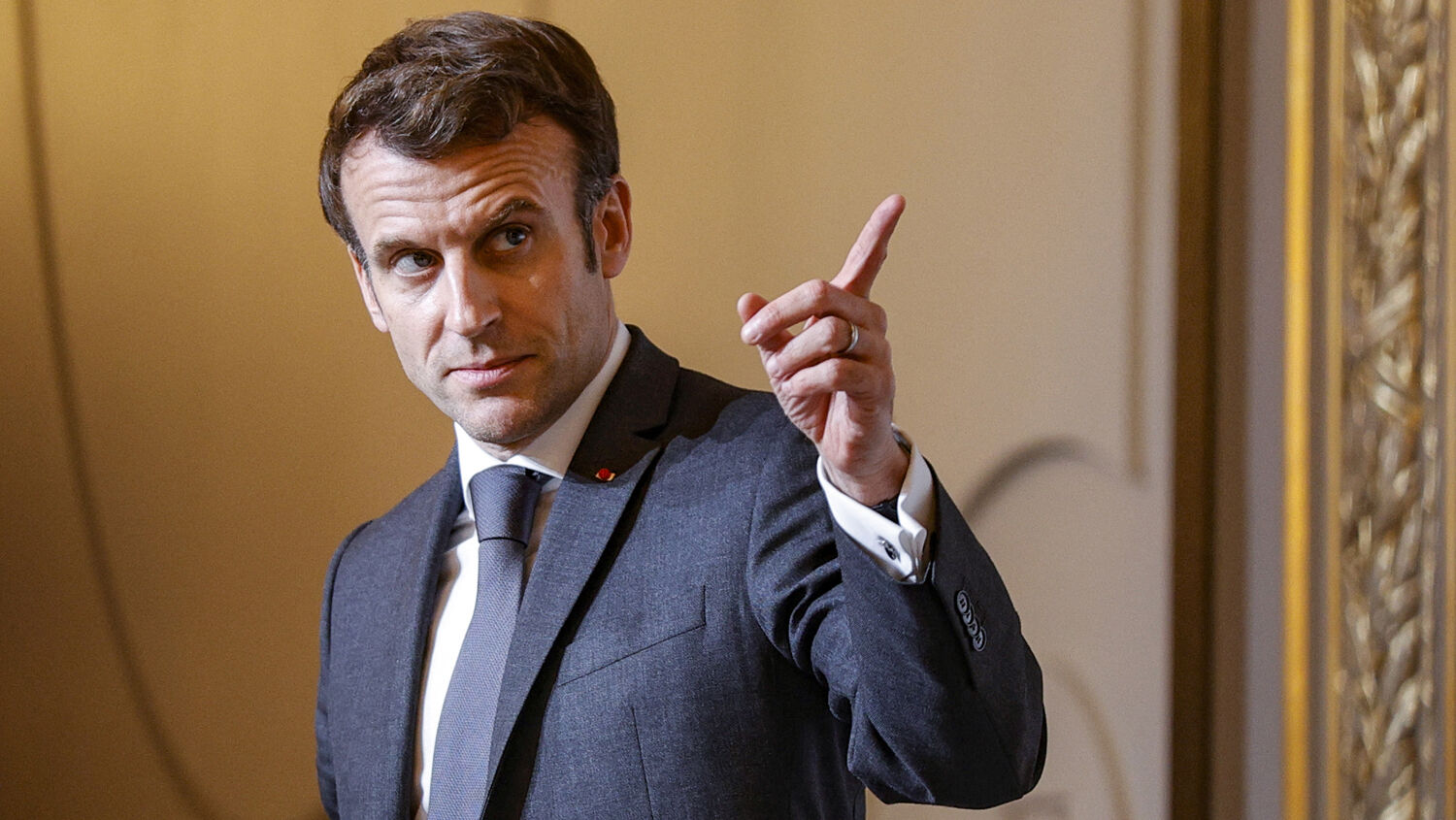 Russia, Germany and France are pushing America out of Europe.

France currently holds the rotating presidency of the European Union. As such, French President Emmanuel Macron plays a key role in the Ukraine crisis. Rather than rallying Europe to oppose Russia’s aggressions, however, on January 19, Macron called on EU members to join a new security deal with Russia. He also declared his full support for a German-Russian alliance.

“Sometimes you have to be blunt in international affairs,” Ambrose Evans-Pritchard noted for the Telegraph on January 25. “If Vladimir Putin takes Kyiv, it will be, in large part, because the German political and economic establishment is complicit.” He explained:

France’s Emmanuel Macron has chosen this moment to call for a new strategic partnership between the EU and Russia, separate from the Americans, to the consternation of those EU states on the front line that depend on America for their national survival.

Fiona Hill, White House Russia strategist during the Obama years, says Mr. Putin’s real objective in this conflict is to force the Americans out of Europe once and for all, inflicting the same humiliation on them that his country suffered with the collapse of the Soviet Union. The Brussels-Paris-Berlin triangle is helping the process along, and playing with fire. …

At the heart of this paralysis is the strange ambivalence of Germany, sustained by the undying belief that it has a unique understanding and appreciation of Russia. The national faith in Ostpolitik survives every provocation by Mr. Putin.

The EU, like nato, was created to prevent Germany from rising and Russia from invading. Within Europe, France has historically been Germany’s biggest stumbling block. In the 1950s, the French Parliament, in favor of nato, prevented the formation of an EU army. But now, France is betraying the West and siding with Germany on controversial topics like an alliance with Russia.

French President Emmanuel Macron spoke long and at length—almost passionately. He used the press conference at the Federal Chancellery and the visit with Chancellor Olaf Scholz to present his basic program for Franco-German friendship, for Europe, for the resolution of the conflict between Russia and Ukraine. The words “united” and “together” came up so often that at some point you stopped counting. When Macron was finished, Olaf Scholz spoke. He said: “Thank you very much. There’s not much to add.” …

Scholz and Macron have already achieved one success: The so-called Normandy format is being revived. These were four-way talks between Germany, France, Russia and Ukraine, which had already defused tensions between Moscow and Kyiv.

“The security of our Continent requires strategic rethinking, strategic rearming of Europe as an area of balance and peace,” Macron said when calling for the Normandy format—which by design excludes the U.S.

A key component of Germany’s cooperation with Russia is the controversial Nord Stream 2 pipeline. France had opposed this project until February 2021. After a virtual meeting of the Franco-German Security and Defense Council, Macron said: “Initially, I questioned this project. Now we have made up our minds. I am now in full solidarity with it.” Just days before, Macron had demanded a stop to the construction project. The Nord Stream 2 project is now complete and only awaits final approval to begin running.

Former German Chancellor Gerhard Schröder, after leaving office, began working for Russian state-owned gas giant Gazprom. France now seems to have its own Schröder: former French Prime Minister François Fillon. Following his political career ending in various corruption charges, Fillon joined the supervisory board of the Russian state-owned company Sarubeschneft in mid-2021. He later joined the supervisory board of the oil company Sibur. When Fillon ran for the French presidency in 2017 he revealed disdain for America but expressed affinity for Germany. In 2016, he urged Germany to overcome “pacifism” and called for a more independent Europe, saying the election of Donald Trump and the Berlin terrorist attack were game changers.

“Can the Normandy platform, the EU presidency and the Russia-Ukraine conflict be the triple springboard Macron needs to launch a new European defense?” Defense One asked in “It’s Macron’s Moment to Move Europe Beyond NATO.” France now appears to be prepared to cut all ties with the U.S. in favor of new partnerships.

The warning signs have been there for quite some time. In a radio interview on Nov. 6, 2018, Macron called for a “true European army.” “We have to protect ourselves with respect to China, Russia and even the United States of America,” he added. While the news cycle moved on, Trumpet editor in chief Gerald Flurry sounded the alarm:

Even the United States? It is one thing for France to say it must defend against Communist China and dictatorial Russia. But what a deeply insulting thing to say about the democracy that crossed the Atlantic twice last century to rescue France from defeat!

Mr. Macron’s remarks didn’t really catch the attention of most people. Many perceived them as simply an attempt by Macron to get more from nato. But that is not the case! …

Macron wants to push America out of Europe! The way he views it, France and Europe don’t need America anymore! As recently as World War ii, America lost hundreds of thousands of men saving Europe and France!

Germany, France and Russia are pursing the same strategy—get America out of Europe. That was apparent very early on. If we consider the events that led to the recent crisis, it appears a perfectly calculated strategy is being worked out behind the scenes.

President Macron visited Berlin on Nov. 18, 2018. One week earlier he had hosted leaders around the world and used the occasion to be openly hostile to the United States. But during his trip to Germany on November 18, there were no harsh words or criticisms. “If you do not understand the words from France, remember that France loves you,” he told the German parliament (emphasis mine throughout).

Macron has never said anything like that to Britain or America. Instead, he has called for a “true European army” to protect Europe “with respect to China, Russia and even the United States of America.” France certainly does not love the United States.

Three years later, Mr. Flurry’s words are proving true. We are now seeing how Macron’s words translate into action. The reason Mr. Flurry could be so accurate in his forecast is because such a betrayal is prophesied in the Bible. Notice what Mr. Flurry warned in 2019:

Your Bible says Reuben’s modern descendants will again betray the latter-day descendants of Joseph—America and Britain!

We are seeing the beginning of that betrayal today!