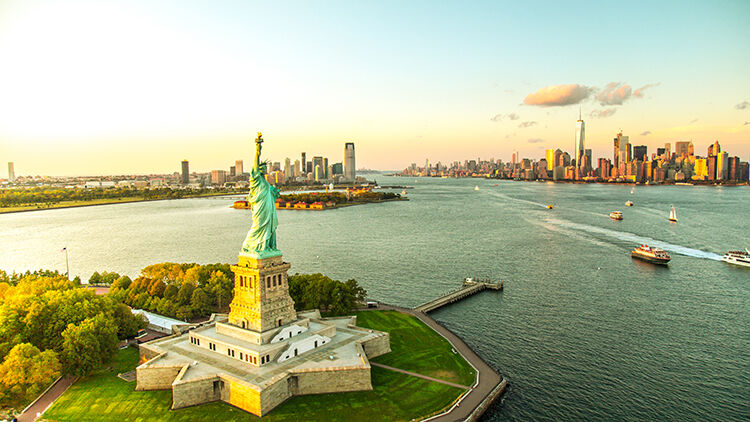 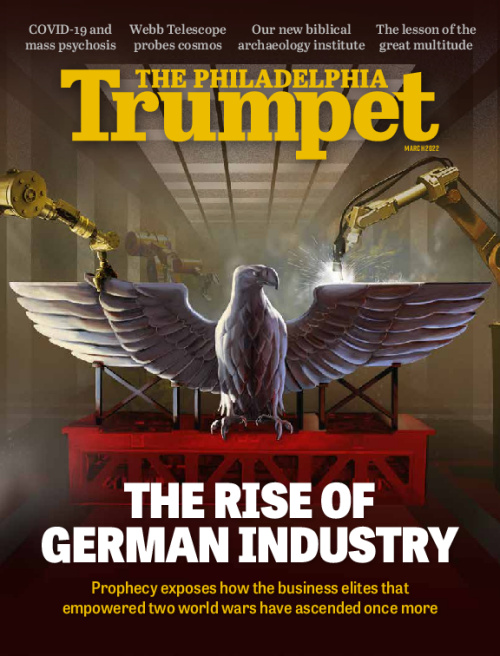 Do you believe America is the strongest country in the world? It’s time to open your eyes: You are living in the post-American world.

The United States has enjoyed the world’s largest economy for about two lifetimes. But depending on the measurement, China has already surpassed it or is about to. It is building a sprawling trading network that encompasses more than 140 nations. Recently, it signed an agreement with virtually every nation in Latin America and the Caribbean that helps it replace the U.S. as the region’s top trade partner. The plan covers almost all aspects of life, from learning Chinese to mining to exploring space, for more than 680 million people in 33 countries—and is plainly aimed at taking over America’s backyard.

Such are the deals China is securing that enable it to flood the world with inexpensive exports and thus amass mountains of cash. This wealth it reinvests in foreign countries, then uses this as leverage to gain control of their resources and infrastructure. China is building a global empire, quickly and relentlessly. Meanwhile America, opposed to tyrannies but war weary, relies on economic weapons to freeze regimes like Russia, North Korea, Pakistan, Zimbabwe, Sudan, Venezuela and Cuba out of diplomacy and trade. China, itself a tyrannical regime, is happy to welcome them as they rush into its arms. It just signed a “comprehensive strategic partnership” with Iran that will flood the Islamist terrorist state with cash, as well as providing military training, weapons development and intelligence sharing that could upend the Middle East’s balance of power.

America is in retreat, pulling out of Europe and deserting the Middle East. Last summer it evacuated Afghanistan in the most humiliating fashion conceivable, reinstating the very terrorist organization we went there to defeat, betraying foreign allies and abandoning our own people. Russia, by stark contrast, is reconstructing the Soviet empire bit by bit through intimidation and outright invasion. It is building a potent energy weapon against Eastern Europe, reigniting conflict in the Balkans, deploying troops in Kazakhstan, warring against Ukraine, and fatally undermining the North Atlantic Treaty Organization. China is annexing the South China Sea, crushing its Uyghur population, and snuffing out freedom in Hong Kong. It is isolating Taiwan and preparing to invade; one wonders who would stop it if it chose to do so. America certainly has no stomach for war over a remote island in East Asia. Though Americans vociferously decry the evils of American oppression and imperialism, they are oddly mute about the expansionist neocolonialism of dictators Xi Jinping and Vladimir Putin.

America is in a leadership crisis. Half the leaders have come to believe a demonic ideology: radical policies, economic madness, hatred of tradition, unrestrained amorality. They encourage lawlessness on the street while weaponizing law to destroy their political foes. They lie, cheat, steal, even kill to serve the “greater good” of attaining and clinging to power. The other half of the leaders are too irresolute and weak, too compromised, to stop them from destroying the country. And they all spend an inordinate amount of their time seeking reelection and finding ways to appeal to self-interested, ignorant voters. The paramount leaders of Russia and China don’t bother with elections, debates with legislators, term limits or any other checks on their power. What they say is what is done, whether it’s installing an Orwellian surveillance state, laying tens of thousands of miles of high-speed rail, colonizing the moon, or expanding and modernizing their nuclear arsenals.

America shackles its industry and economy with regulations and restrictions to appease special interests and foreign environmentalists. China scorns climate change protocols with impunity. It is too busy dominating the global 5G rollout, strengthening its automotive sector, developing the digital yuan, erecting skyscrapers in new megacities, modernizing, militarizing and colonizing to concern itself with carbon emissions. While the standard of living in China has been rising rapidly for more than four decades, America’s infrastructure is decaying, our cities are filling with homeless, drug abuse is mushrooming, inflation and personal debt are rising, incomes are falling, and our population is swelling by some 2 million illegal immigrants a year who disregard our laws and culture. Americans might denounce repression of speech, censorship and punishment of dissent in nations like Russia and China, but we have surrendered our own freedom of speech to Big Tech and leftist politicians. Our Bill of Rights doesn’t protect political differences, church attendance and religious belief—it safeguards smut and filth, and the right of men to compete in women’s sports.

China’s educational system is churning out engineers and scientists. It is preparing its next generation for world dominance. The next generation of Americans are learning that math is white supremacist, grammar is unnecessary, and advanced placement classes are discriminatory. History classes fixate on the nation’s supposed sins rather than the nobility of our founding principles. Instead of reading and writing, schools encourage elementary-age children to explore gender fluidity.

America is far along a steep civilizational decline and has been overtaken by foreign powers on a very different trajectory. History will judge us harshly for being so self-absorbed, so distracted by virus variants, so preoccupied with pronoun preference and race reparations, so naive in assuming our own invincibility, so heedless, so blind—while China moved into Cuba, Russia single-handedly dismantled nato, and Iran became a nuclear-armed state. The American era is over. Historically speaking, the fall of such a great power is a dangerous time. In fact, the Bible prophesies what comes next: “the times of the Gentiles” (Luke 21:24; Revelation 11:2). It won’t be pretty. America let it happen. And it is about to be blindsided by it.