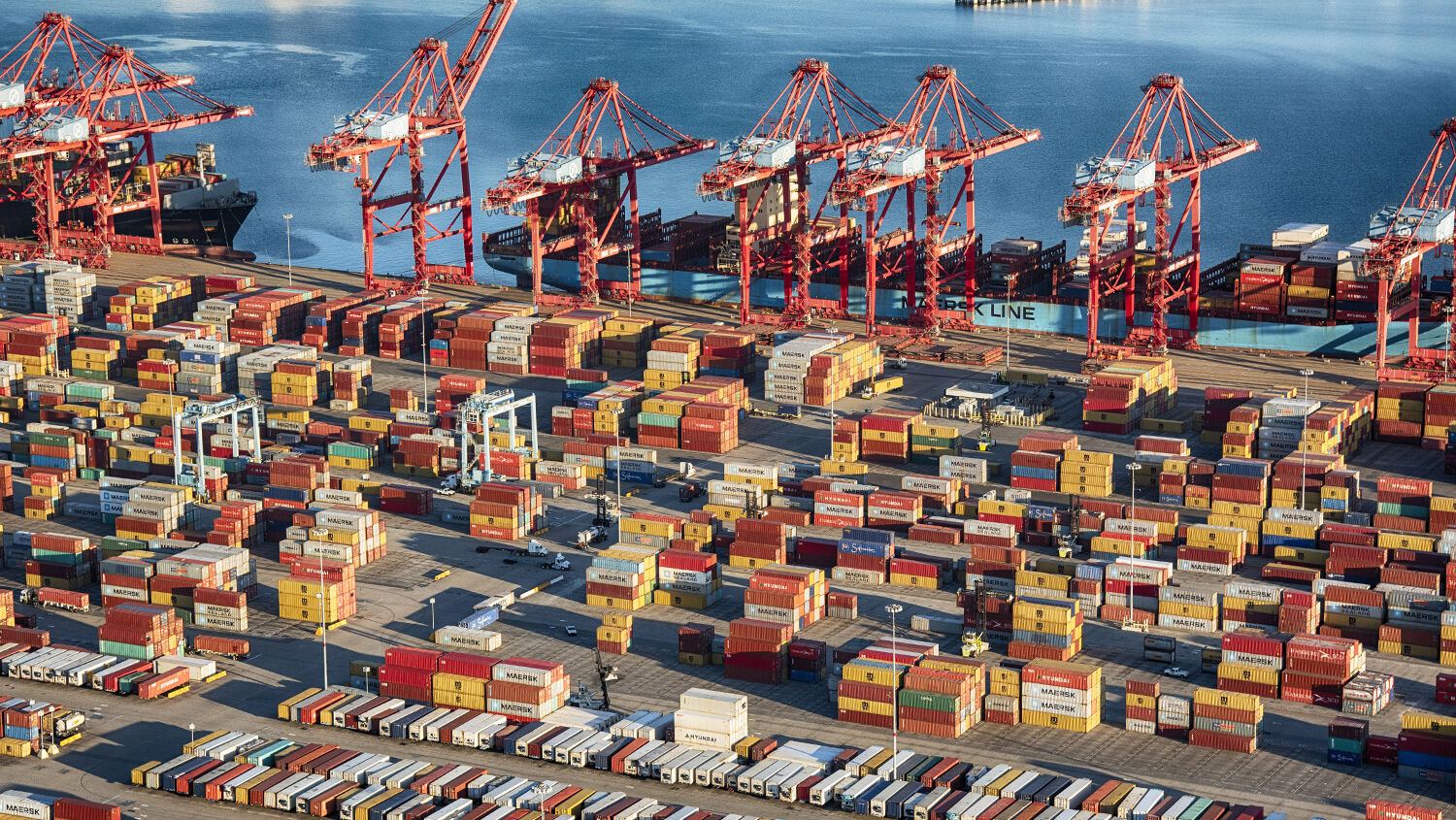 A question of risk aversion

General Maliki stated that the Iran-backed Houthi rebels were using Yemen’s ports of Hodeidah and Salif as military bases from which to conduct their assaults. The Arab coalition reported 13 violations by the Houthis against commercial vessels sailing through the area. The coalition claimed that the Houthis attacked the Saudi oil tankers Rabigh 3 and Abqaiq, both in the Red Sea.

On January 3, the Houthis hijacked the United Arab Emirates-flagged Rawabi cargo ship while it was sailing past the Hodeidah port. The Arab coalition claimed it was carrying medical supplies; the Houthis claimed it was stocked with weapons. In 2019, the Houthis also seized three commercial vessels sailing through the Red Sea.

According to Maliki’s report, the Houthis have launched 432 ballistic missiles and deployed 247 naval mines and 100 explosive-laden suicide boats from the Hodeidah port.

A December 21 report by the Center for Strategic and International Studies showed that Houthi attacks doubled in frequency last year. It said: “During the first nine months of 2020, Houthi forces executed a monthly average of 38 attacks. During the same period in 2021, that number rose to an average of 78 attacks per month, for a total of 702 attacks across the total nine-month period.”

This strong upward trend of attacks shows the Houthis are becoming more emboldened and more active in the region. But are these attacks effective?

Dr. Scott Savitz, a senior engineer at rand Corporation, told Jerusalem Post that Houthi naval mines and suicide boats “might not be able to sink” some of the larger ships but, “depending on where it was hit, could result in limited ability to steer, cause it to lose some of its cargo or damage to the propulsion system … and may not be able to finish their journeys.”

The more frequently these attacks occur, the more likely it is that companies will choose to reroute their vessels to avoid losing their cargo. If trade vessels choose to reroute around the southern tip of Africa, delays would raise prices and restrict supply, causing severe problems for the global economy, especially Europe. Sailing time from the Persian Gulf to Rotterdam, the Netherlands, for example, would increase by 78 percent, and it would triple the sailing time from the Persian Gulf to Italy, which imported 19.7 percent of its crude oil from Iraq in 2016.

While oil may take longer to reach Europe and therefore increase cost, it’s altogether better for the shipping companies that the oil arrives late than not at all.

“The [Houthi] weapons amplify risk for travel, and if shipping crews and companies decide that transiting the Red Sea is not worth the cost, they will self-blockade the lane,” wrote Jerusalem Post’s Seth Frantzman. “The risk-aversion rises depending on the density of the mines and frequency of boat attacks.”

An Extension of Iran

Ever since the Houthis overthrew Yemeni President Abed Rabbo Mansour Hadi in 2015, they have carved out their own chunk of territory in western Yemen and held onto it throughout the years of fighting against the America-backed coalition between Saudi Arabia, the United Arab Emirates and Yemen’s Hadi-led government.

The Houthis are not some ordinary revolutionaries, however; like their patron Iran, they are terrorists who seek the destruction of America and Israel. Their slogan is translated, “God Is Greatest, Death to America, Death to Israel, Curse on the Jews, Victory to Islam.”

Trumpet editor in chief Gerald Flurry writes in The King of the South, “The Houthis’ takeover of Yemen was not just a grassroots revolution. It was a part of a deliberate and calculated Iranian strategy to conquer the Red Sea.”

The only reason the Houthi revolution has lasted this long is because of Iran’s intervention. Iran has a long history of supporting the Houthi militia. It has provided the Houthis with anti-air defense systems, drones, funding, missiles of various types, sea mines, training, weapons and much more.

On December 22, Iranian Supreme Leader Ayatollah Ali Khamenei commended “the martyrdom-like death of the hardworking, productive ambassador of Iran to Yemen, Hasan Irloo.” Some controversy arose over how he died—whether of covid-19 or if he was injured in an explosion—but the fact that Iran negotiated with Saudi Arabia and Iraqi Prime Minister Mustafa Kadhimi himself brokered the flight to airlift him out of Yemen shows how important Irloo was to the Iranian regime. The reason: Irloo was actually an Islamic Revolutionary Guard Corps Quds Force commander sent by Iran to establish a foothold in Yemen, to train Houthi forces, and to threaten international trade traveling through the Red Sea. He was also a known contemporary of Qassem Suleimani, who was assassinated by the United States for his terrorist actions against the nation.

In December 2020, the U.S. sanctioned Irloo for his involvement in terrorist activities. According to a Treasury Sanctions Iran’s Envoy in Yemen and University Facilitating Recruitment for Quds Force report, Hasan Irloo had “supported [Quds Force] efforts to provide advanced weapons and training to the Houthis. He coordinated with other senior [Quds Force] leaders to support the group’s operations throughout the Arabian Peninsula and Yemen.”

Through its support and leadership, the Houthi rebels have simply become an extension of Iran. Therefore, Iran now controls one of the most critical coastlines in the world.

“Now that Iran controls Yemen, it can virtually close or open this spigot on Middle East oil bound for Europe,” Mr. Flurry writes in The King of the South. It isn’t a matter of building massive warships that could rival those of the U.S. or Europe and having them patrolling the Red Sea, but rather of creating enough turmoil and risk that shipping companies and vessels decide it isn’t worth the risk and reroute. It only takes enough piracy, sea mines and missiles—all of which Iran supplies.

While we haven’t yet reached the point where the Red Sea is too dangerous to traverse, events are headed in that direction.

A biblical passage in the book of Daniel for “the time of the end” prophesied of this strategy around 2,500 years ago. Daniel describes this terrorist power bloc as “the king of the south.” Daniel 11:40 says, “And at the time of the end shall the king of the south push at him ….” In The King of the South, Mr. Flurry identifies radical Islam, led by Iran, as this prophesied power. He shows how most of the land controlled by the king of the south lies south of Jerusalem but all of it is south of Europe. He also says the word “push” is key to proving that Iran is this prophesied king, citing Iran’s funding of terrorism, its desire to disrupt oil trade through the Persian Gulf and Red Sea, its flirtation with nuclear weaponry, and its fanatic determination to induce oblivion and the return of its messiah. (To prove Iran is this prophesied power, request your free copy of The King of the South.)

“But he [Iran] shall have power over the treasures of gold and of silver, and over all the precious things of Egypt: and the Libyans and the Ethiopians shall be at his steps” (verse 43). This means Iran will gain some form of control over Ethiopia, Egypt and Libya. These three nations are the key that reveals Iran’s strategy to control this crucial shipping lane from the Persian Gulf to the Arabian Sea to the Red Sea to the Mediterranean Sea. Yemen is a mere stepping-stone to a more definite degree of control.

“But what if you have radical Islamic nations along this sea trade route with real airpower—including missiles?” Mr. Flurry asks. “That could give Iran virtual control of the trade through those seas. Radical Islam could stop the flow of essential oil to the U.S. and Europe!” Continue to watch events in Yemen and the Red Sea as attacks become more frequent. Soon, this vital shipping lane will be at the mercy of Iran, the sultan of the Red Sea.

For more information about Iran’s Red Sea strategy, read The King of the South and “Iran Gets a Stranglehold on the Middle East,” by Gerald Flurry.