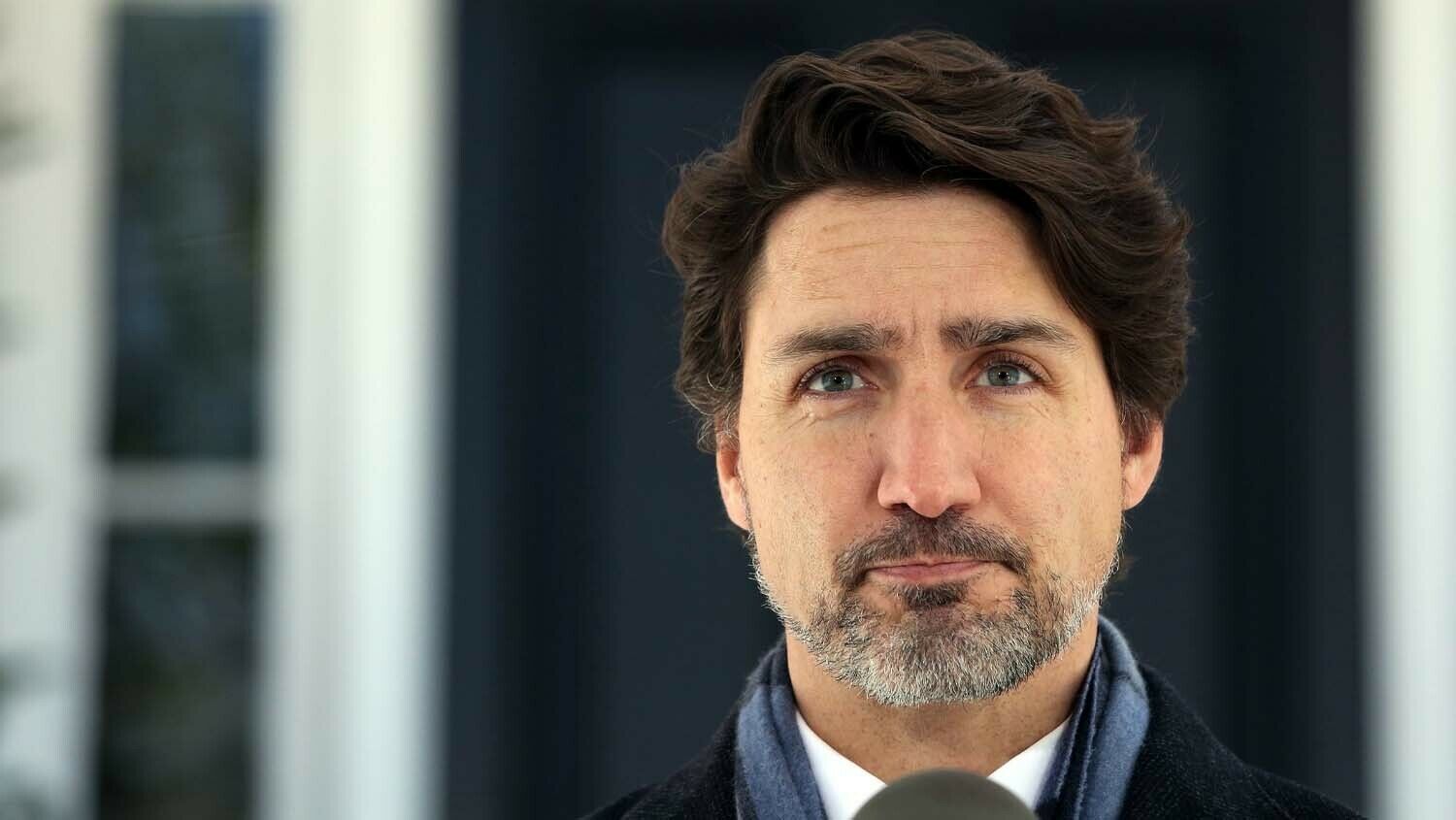 Media independence is a thing of the past.

During a December 29 interview, Canadian Prime Minister Justin Trudeau called unvaccinated Canadians people who “often don’t believe in science,” “misogynist” and “racist,” and he asked if those people should be “tolerated by society.”

These explosive comments almost went unnoticed except for the Western Standard first breaking the story late in the afternoon. This should have made major headlines across Canada, but no major Canadian news outlet picked up the story except the National Post, which published an op-ed over a week later. Why was the media silent?

A week later the Canadian Broadcasting Corporation (cbc) reported, “Trudeau says Canadians are ‘angry’ and ‘frustrated’ with the unvaccinated.” Trudeau blamed omicron lockdowns and health-care shortages on the unvaccinated. Only four days after that, Canadian Federal Health Minister Jean-Yves Duclos announced that provinces will probably soon announce mandatory vaccination. The remarks were carried by all news outlets, but nearly all of them failed to also report that there are more vaccinated patients in hospitals and more vaccinated cases than unvaccinated.

This is just one example of the Canadian mainstream media having a collective bias in its reporting. What is behind this selective reporting?

A September 2010 poll found that Canadians ranked cbc News farther to the left in bias than cnn, msnbc, bbc and many other news outlets. cbc is unique because it is funded by taxpayer dollars as a government corporation.

In fact, nearly every news organization in Canada is funded in some way by the Trudeau government. Independent media in Canada is almost extinct.

cbc-Radio Canada was created in 1936 through the Canadian Broadcasting Act. Modeled after the British Broadcasting Corporation (bbc), it was created to ensure Canadian radio, and later television content, was not dominated by the United States. In the 1930s, there were few radio stations in Canada that had the bandwidth or popularity to compete with American-based stations. The cbc was created out of the fear that American culture would slowly consume Canadian culture unless action was taken.

Since that time, cbc has become a media conglomerate with a news service, streaming service, multiple radio channels and television stations. It receives over $1 billion per year of taxpayer funding, on top of the advertising revenue it generates, which has been in a free fall, with a 53 percent decline in 2019, and another 10 percent in 2021. In 2019, only 0.8 percent of Canadians tuned in to watch cbc News.

The cbc is the leading edge of the woke movement in Canada. “In a short period of time, the cbc went from being a trusted source of news to churning out clickbait that reads like a parody of the student press,” wrote Tara Henley, who recently quit working at cbc in protest. “It is to sign on, enthusiastically, to a radical political agenda … that monetize outrage and stoke societal divisions. It is to pretend that the ‘woke’ worldview is near universal—even if it is far from popular with those you know and speak to and interview and read.”

Henley explained that cbc news editors are obsessed with race, micro-aggressions, pushing government policies, and not allowing any debate on important issues such as vaccine mandates, lockdowns and housing costs.

This is clearly evident by a cursory visit to its website. It just launched a new spotlight called “Being Black in Canada,” which features stories explaining how systemically racist Canada is. One story dives into the history of how Newfoundland is systemically racist because cod fish caught there was used to feed slaves in Jamaica.

A story published late in 2021, titled “Words and Phrases You May Want to Think Twice About Before Using,” featured 18 words that should be banned because they offend racial minorities or people with disabilities. Some of the words include black sheep, lame, blind spot, tone deaf and spirit-animal. In 2019, the cbc was caught misinterpreting a poll and stated that 40 percent of Canadians experienced racism in the workplace. In actual fact, the poll showed only 8 percent did.

Blacklock’s Reporter revealed that longtime cbc hosts were urging climate change stories to only use the language “climate crisis” to try and invoke a sense of fear.

cbc also has a long history of rewriting Canadian history through its influential documentaries, which are often used in schools. In 1992, cbc helped produce a World War ii documentary titled The Valor and the Horror, which depicted the bombing of Germany as acts of genocide. In response, World War ii veterans created the documentary No Price Too High, which cbc refused to air. The veterans were forced to use pbs to air the film. In 2002, cbc made a reenactment of the trial of Louis Riel, who was tried for treason in 1885 and executed. “The point, however, was to ensure Riel was depicted as a martyr to the cause of aboriginal justice and perhaps to the cause of multiculturalism,” wrote Barry Cooper for C2C Journal. For its 150th anniversary, cbc created “Keep Calm and Decolonize,” while canceling “Transgender Kids,” which offered a balanced look at gender dysmorphia in children.

During the 2021 snap election, Facebook named cbc the official fact checkers—a news organization funded by the Liberal government was expected to impartially fact check that same government. cbc has also been caught multiple times interviewing pundits doing business with the federal government without declaring the possible clash of interests.

Catheraine Tait, ceo of cbc, in a 2019 parliamentary session, said, “In a sense we become a beacon for truth. We need the public to feel safe, that we are a beacon for that truth.” This “beacon of truth” has an increasingly woke agenda and is incredibly favorable to Justin Trudeau, who since becoming prime minister has drastically increased funding to the struggling crown corporation. cbc has fully embraced the ultra-politically correct and woke policies of Trudeau and has used its powerful position to push that agenda, even if that means spreading misinformation.

However, the facts reveal that cbc is not the only government-funded news organization in Canada.

The Ministry of Truth

This covid-relief money was handed out to media conglomerates that usually run several different news outlets. To have access to the money, the organizations have to register for a government media license that is regulated by the government bureaucracy. Only “qualified Canadian journalism organizations” can receive the money. Right-leaning news organization Rebel News was deemed an unqualified news site.

Another $60 million was given out to media organizations in 2020. “There were 572 periodicals given a total of $15.4 million. Phase Two of the Emergency Support Fund provided a formula to reward investment in editorial content to assist free, digital and small circulation magazines and community newspapers that do not receive funding from atp [Aid to Publishers]. There were 792 recipients funded at about $45 million,” Canadaland reported.

Then there is the $50 million Local Journalism Initiative (lji), which allows news outlets to hire reporters on the government’s dime. Oftentimes these stories are run on multiple newspapers run by the same conglomerate. The initiative panel (created by the Trudeau government) decides who qualifies for these jobs, and the facts show they are left-leaning radicals, as Peter Mezies at C2C Journal explained:

Voices that the government wants amplified—the ones lji administrators refer to as “underserved”—will roll out across the country. Under the program, all stories produced by government-funded writers are amplified far beyond the often-modest reach of the original publication, for they receive distribution at government expense by the Canadian press. Any debate about whether the copy lives up to commonly accepted standards of journalism is moot, once a journalist has been preapproved by the lji judging panel.

The Truth Sets You Free

The Trudeau government is set to increase government control of the Internet through three new bills to be introduced to Parliament before March 2022. The first measure will ban hate speech on all Internet platforms in Canada. If any article, comment or content is flagged as “hateful,” government bureaucrats will investigate and will have the power to remove that content and impose fines. The second measure will force foreign web platforms to create Canadian content and pay fees if they make profit off of news content. The third measure will expand the power of the regulatory agencies so they can monitor online content and apply the same regulations to the Internet that exist on television.

If these bills pass through both houses of Parliament, the future of truth in Canada looks very bleak.

The Bible prophesies that in these last days truth will fail (Isaiah 59:14-15). The Trumpet wrote in “‘Fake News’ and the Shifting Media Landscape”: “The shift we are witnessing toward a ‘post-truth’ media landscape in which ‘truth fails’ is sobering. But there is great cause for hope. The Bible makes clear that God’s love ‘rejoices in the truth,’ and that the ‘truth will set you free’ (1 Corinthians 13:6; John 8:32).”