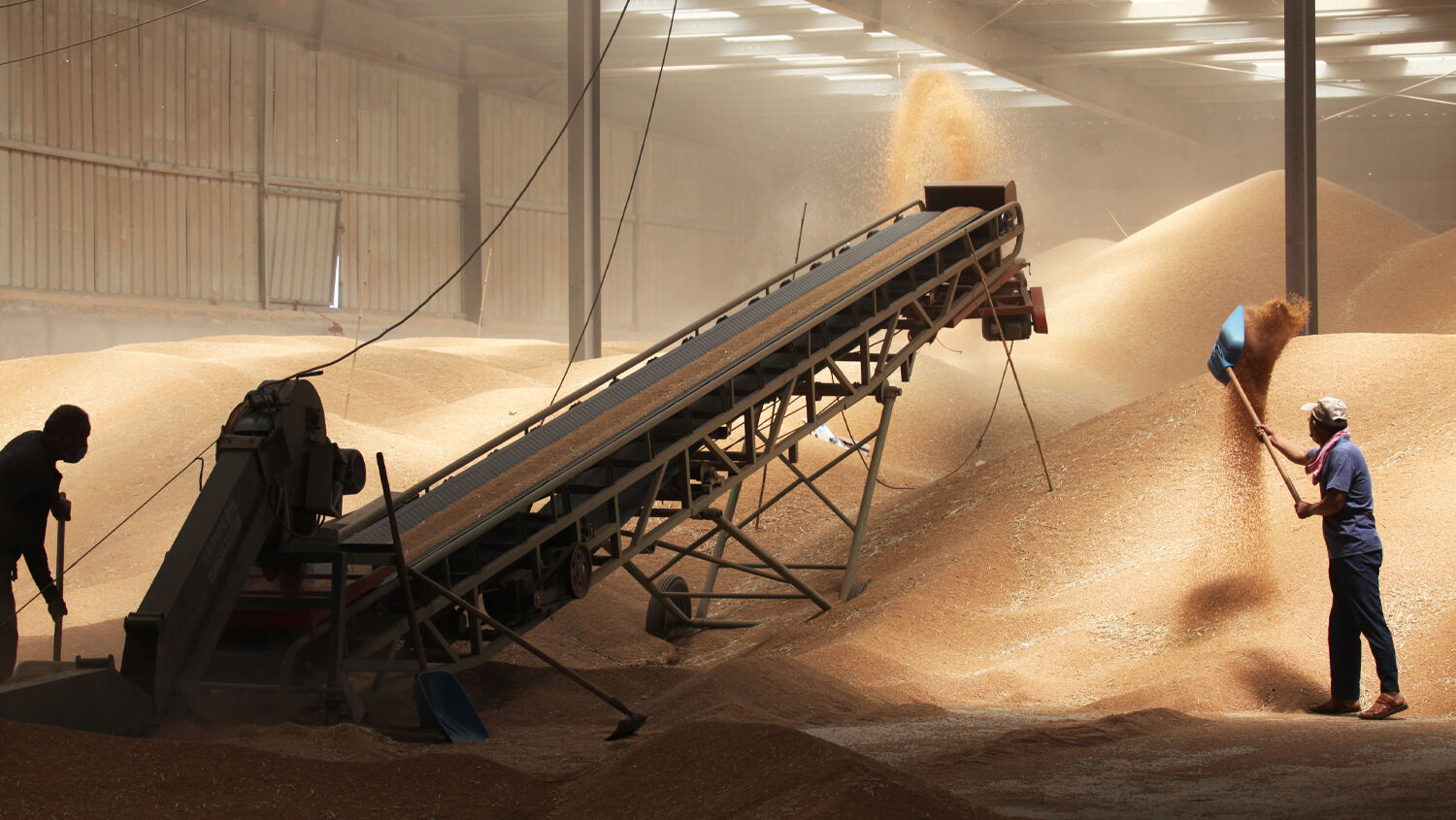 Workers pile wheat grain at a storage facility of Kingfarm Co., Ltd during the summer harvest on June 1, 2020 in Xuchang, Henan Province of China.
Niu Shupei/VCG via Getty Images

The Chinese Communist Party is preparing for a global famine.

The world is currently battling the worst hunger crisis of the century. According to the United Nations Office for the Coordination of Humanitarian Affairs, the number of people at risk of famine has risen 60 percent since before the coronavirus pandemic. Specifically, bizarre weather patterns and supply chain shortages have put 45 million people at risk of famine, up from 27 million in 2019. And another 229 million people may need food assistance for other reasons.

The Chinese government is stockpiling grain, apparently due to fear of famine. According to data from the United States Department of Agriculture, China is expected to possess 69 percent of the world’s corn reserves in the first half of crop year 2022, in addition to 60 percent of its rice reserves and 51 percent of its wheat reserves. That means less than 20 percent of the world’s population has managed to stockpile more than half of the globe’s corn and other grains, leading to steep price increases across the globe that may drop more countries into famine.

Much of this grain is being stored in 310 gigantic grain silos located near the port of Dalian and operated by cofco, a major Chinese state-owned food processor. From here, the grain can easily be shipped throughout China by rail or sea.

“Our wheat stockpiles can meet demand for one and a half years,” Qin Yuyun, head of grain reserves at the National Food and Strategic Reserves Administration, told reporters. “There is no problem whatsoever about the supply of food.”

China appears to be preparing for a global food shortage, so it is notable that the Chinese government actually started hoarding grain years before covid-19 leaked out of a laboratory in the Wuhan Institute of Virology.

In August 2019, the libertarian financial blog ZeroHedge posed the question: “Does China believe that we are on the verge of a major global crisis? The Communist Chinese government has always been very big into planning, and it appears that they have decided that now is the time to hoard food, gold, and other commodities.” And in the two years since then, China has dramatically increased its grain holdings. China spent $98.1 billion importing food in 2020 alone—almost five times as much as it spent in 2010, according to the General Administration of Customs in China.

This is a major change in the world scene. In The United States and Britain in Prophecy, the late Herbert W. Armstrong noted how God blessed America and Britain with half the tillable, cultivatable, temperate-zone lands of Earth because they are literal descendants of the biblical patriarch Joseph, through his two sons Manasseh and Ephraim. These divine blessings included “the rich agricultural lands of the Mississippi Valley,” “the vast wheat and grain fields of the Midwest, of Canada and Australia,” and “the great forest lands of the Pacific Northwest and many other parts of the world.”

In the past, America followed Joseph’s example and “saved up the wheat and food and made it available to others.” Yet today, the U.S. government has eliminated many of the programs it used to use to stockpile food and left itself vulnerable to a future crisis that China could provoke with the knowledge that it has backup supplies.

End-time prophecies in Deuteronomy 28, Isaiah 23 and Ezekiel 5 describe the devastating effects that trade war and economic besiegement will have on America in the end time. Details about crop failures are described in Joel 1.

This chapter paints a frightful, desolate picture of starvation and disease.

This is a prophecy about corn, wheat and barley grown in America’s Midwest perishing; about grapes, figs, and pomegranates grown on America’s West Coast drying up; about apples grown in Washington withering.

Even farm animals will starve. Drought and wildfires will dry up their pastures and burn away their forage. Such disasters are sent by God to destroy America’s food, even as nations like China refuse to sell products to the United States. Supply chain problems are setting the stage for these prophecies to be fulfilled and America is taking no precautions.

God promises to send these curses because the American and British people have changed His judgments into wickedness more than other nations and sinned against His statutes more than the countries that are around them (Ezekiel 5:6). But God also reveals how individuals can be protected from this disaster.

Ezekiel 33:10-11 states, “Therefore, O thou son of man, speak unto the house of Israel; Thus ye speak, saying, If our transgressions and our sins be upon us, and we pine away in them, how should we then live? Say unto them, As I live, saith the Lord God, I have no pleasure in the death of the wicked; but that the wicked turn from his way and live: turn ye, turn ye from your evil ways; for why will ye die, O house of Israel?”

There is only one way that God will protect us. Our people must turn from our evil ways and rediscover the faith and obedience exhibited by Abraham, Isaac, Jacob and Joseph. Otherwise, a time of intense famine is almost here!