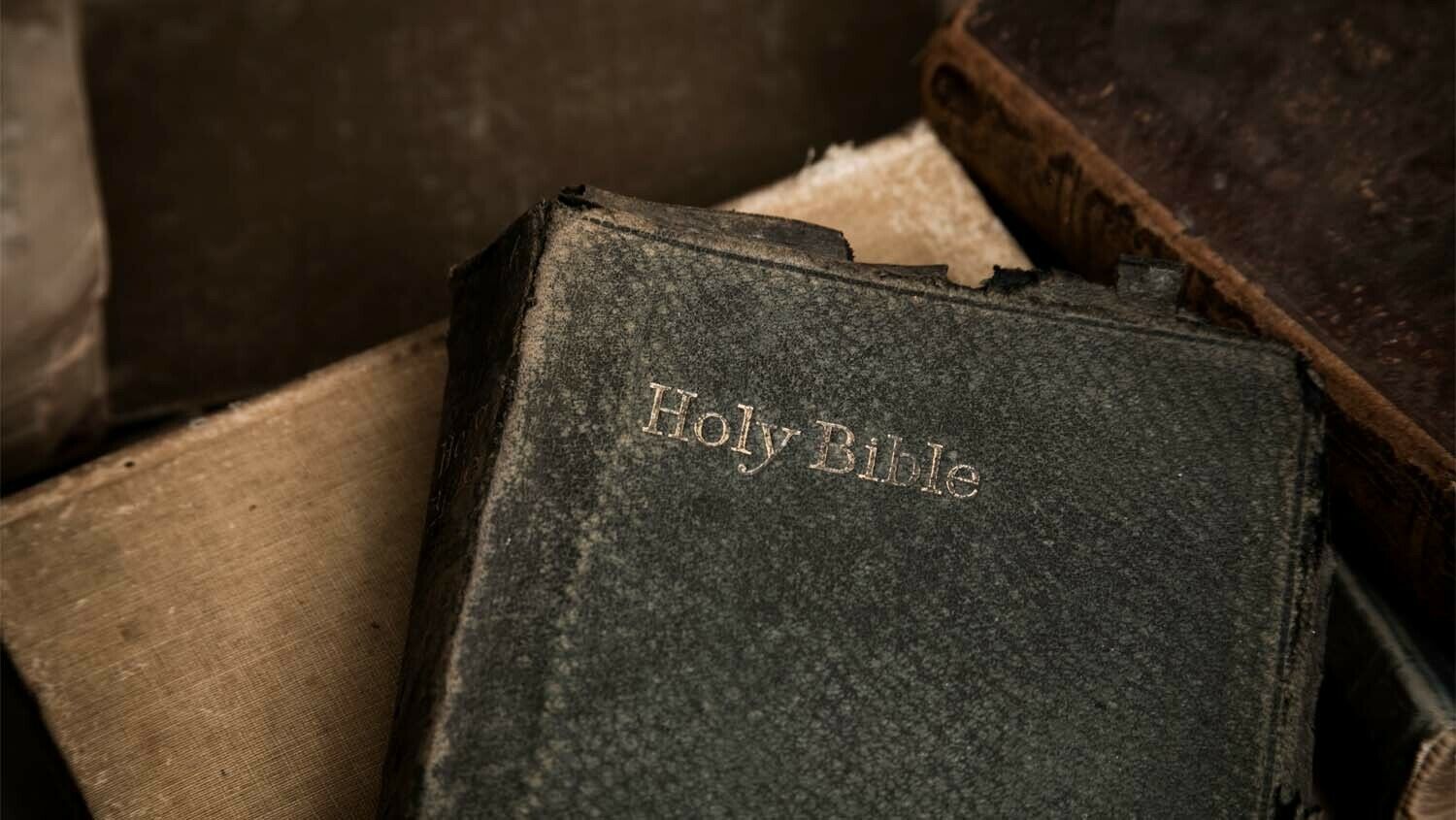 The agenda to destroy your faith

After America watched two passenger jets fly into the World Trade Center in New York City, there was a temporary religious revival. Seeing images of the towers crumbling into plumes of dust and people jumping from the towers to escape the inferno raging inside, and then realizing that the nation was under attack, shocked people into seeking God. “Americans overwhelmingly claim to have used religion and spirituality as methods of coping with the events of 9/11; 90 percent claim to have turned to prayer, religion or spiritual feelings at some level in order to deal with the tragedy,” Jeremy Uecker, from the University of Texas, wrote.

A 2021 Gallup poll found that in 2001, 71 percent of Americans thought religion was increasing its influence on American life. However, the data shows that two months later these attitudes toward religion disappeared and reverted back to pre-9/11 levels.

“Throughout much of human history, famine, pestilence and war have sent people seeking the comforts of religion,” wrote Steven Malanga for the City Journal. “[I]t’s often been the case that the more terrifying times are, the more prayerful communities become.” When people face hardship, they seek God. According to Gallup data, since 1970, religious influence has been in decline in America, except when major disasters strike. The biggest spikes occurred in 2001 (9/11 attacks), 2004 (Malaysia tsunami) and 2020 (the covid pandemic). Following that last brief spike, the numbers have reached their lowest levels ever, at 16 percent.

Evidence shows the pandemic has weakened America’s belief in God.

“covid-19 has turned that historical precedent on its head,” Malanga continued. “The percentage of Americans joining the ranks of the religiously unaffiliated has increased during the pandemic, according to a new survey by Pew, thanks largely to a drop in those identifying as Christian. Nearly 3 in 10 Americans now report no religious affiliation, up from 26 percent in 2019 and nearly double the number in a Pew survey in 2007. The share of Americans who say religion is very important in their lives has declined to 41 percent today, from 56 percent in 2007. … While a core of ardent religious believers, amounting to about 28 percent of Americans, said in a survey earlier this year that the pandemic had boosted their faith, some 14 percent said that it had done the opposite.”

What’s behind this decline in people’s faith? There are several factors, including a general trend toward secularization for generations, fewer in-person church gatherings and social events, and the rapid increase in church closures due to financial hardship. Before the pandemic, around 75 to 150 congregations closed every week. Now one quarter of America’s 400,000 churches are expected to close in the next decade.

However, none of these are the root cause of why the coronavirus pandemic has weakened America’s belief in God. There has been a deliberate agenda to destroy the faith of Americans.

For those whose religious beliefs reject the vaccination, mandates are being implemented to force people to choose between keeping their job and participating in society, or holding steadfast to their beliefs. While nearly all vaccine mandates offer a religious exemption, it is proving nearly impossible to have them approved. United States service members have found them unattainable, with the military granting zero requests. In San Francisco, some 800 workers, including police and firefighters, applied for exemptions but none were approved. These policies have placed the government in control of validating religious beliefs.

This unprecedented pressure has coerced people to concede their beliefs or act against their conscience. Public health measures are pressuring people to put their trust in the vaccine. These radical leaders have been attempting to replace people’s faith in God with faith in science. This has been a disaster for the country.

“[The media] are helping scare and shame Americans into wearing masks, then two masks, standing like chess pawns on floor markers 6 feet apart, staying inside their homes, giving up their businesses and incomes, and sacrificing their constitutional rights,” wrote Trumpet executive editor Stephen Flurry. “This pandemic is a massive and painful case study proving that Americans’ faith in the scientific community is misplaced. In reality, science stands exposed as a false messiah.”

Despite the unconstitutional methods to get people vaccinated, the omicron variant is spreading in the vaccinated. These policies are not about public health or science; they are about control. Part of that control is breaking people’s faith.

In “Barack Obama in Bible Prophecy,” Trumpet editor in chief Gerald Flurry explained that the Bible reveals there is an end-time type of Antiochus Epiphanes who is using political power to fundamentally transform America. “Barack Obama is the end-time type of Antiochus who seeks to destroy physical Israel!” wrote Mr. Flurry. “When Mr. Obama left the White House in January 2017, some said this was a failed prophecy. Mr. Obama was no longer president and it appeared he no longer had any influence on American politics. But the truth is, this Antiochus never left the political scene, and he never stopped trying to undermine America!”

As Mr. Flurry indicated, Obama is still fulfilling his agenda of blotting out the U.S. Constitution through the Biden administration. Anciently, Antiochus Epiphanes specifically targeted faith in God. “Israel had been spared none of the horror and ignominy which could befall a nation,” Werner Keller wrote in The Bible as History. “But never before, neither under the Assyrians nor under the Babylonians, had it received such a blow as the edict issued by Antiochus Epiphanes by which he hoped to crush and destroy the faith of Israel.” The vaccine mandates and covid restrictions are a part of this effort to destroy the faith of America!

This is a real crisis. As countless churches close their doors, where can you put your faith? The Bible teaches that every individual needs to prove where God’s one true Church is today.

The Gallup poll shows that between 1969 and 1986, religious influence had a steady increase. Especially in the 1980s, there was a strong upward trend. This goes against the conventional wisdom: The 1980s were devoid of disasters. So what was behind this upward trend in the 1980s, and why was there such a sharp decline after 1986?

This coincides with the work of the late Herbert W. Armstrong, who said the last seven years of his ministry were more productive than the previous 50. Those seven golden years started in 1979, and ended when Mr. Armstrong died on Jan. 16, 1986. Mr. Stephen Flurry writes in Raising the Ruins:

When Herbert W. Armstrong died on January 16, 1986, he left behind a church with 725 congregations in 57 countries around the globe and a powerful work going out to the world. It had a weekly worldwide attendance of 120,000 people, and another 210,000 outside the church donated money regularly. Serving these many members, prospective members and contributors were more than 1,200 ministers worldwide.

The church’s annual revenue was $163.7 million, a budget bigger than Jerry Falwell’s and Billy Graham’s organizations combined. … Herbert W. Armstrong’s World Tomorrow … could be seen on 382 television stations—far more markets than any other religious program in America—as well as 36 radio outlets around the world.

Herbert W. Armstrong was one of the best-known, most prominent religious leaders of the 20th century. In fact, when you consider how tiny his work was at the beginning, in 1933, and how its far-reaching influence encompassed the Earth by the time of his death in 1986, one could justifiably argue that Herbert W. Armstrong was the most significant theologian in American history.

When Mr. Armstrong died, the world changed. Understanding what happened on Jan. 16, 1986, can help you answer where God’s true Church is and where you should put your faith. January 16 is a day loaded with vision and miracles. It will give you hope in this age of bad news. It can also help you build real, living faith that can withstand any test and trial. We have a booklet that can explain all of this to you. Please read January 16: God’s Miracle Day.