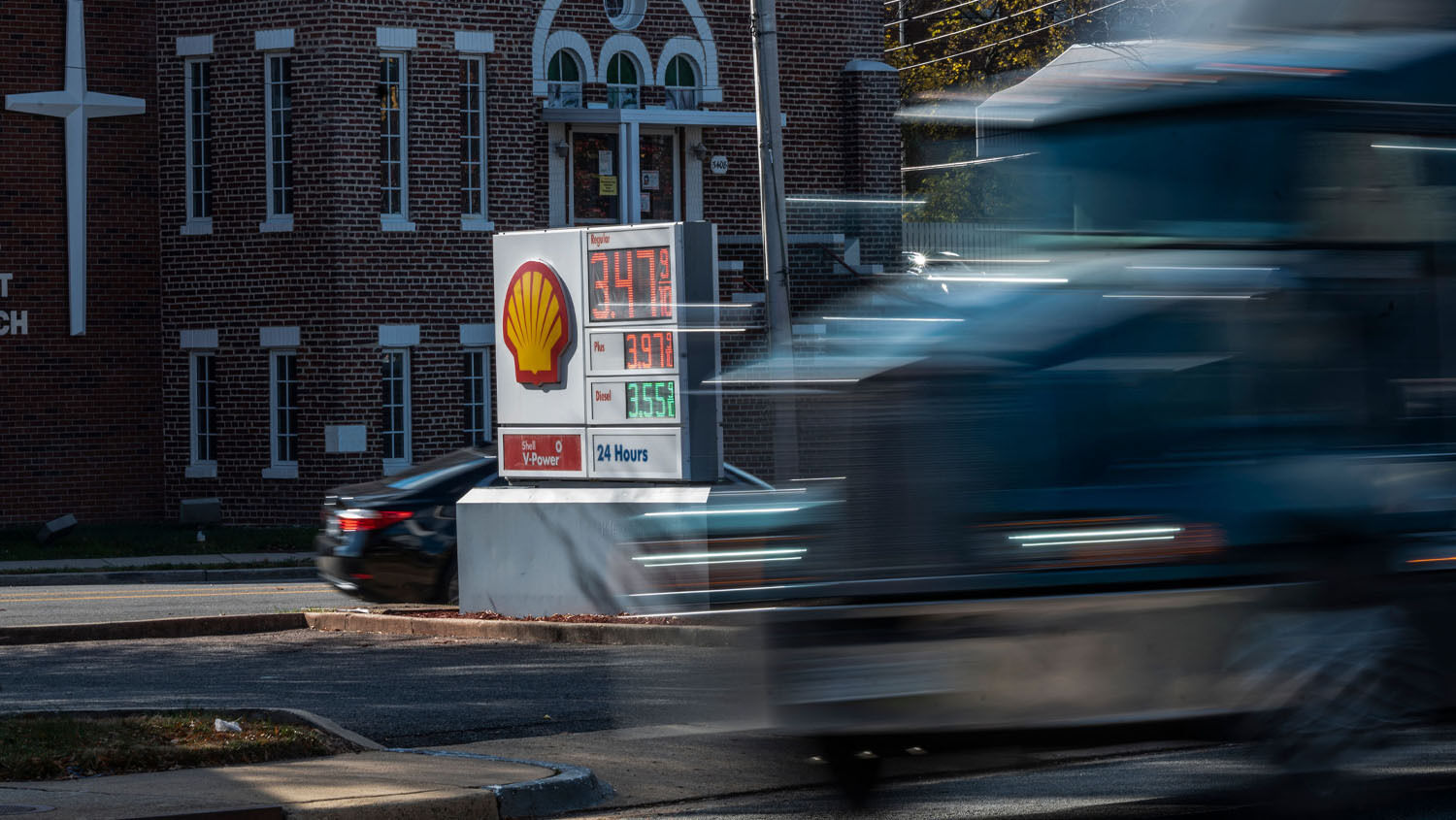 A semitruck drives past a price board at a Shell gas station in Alexandria, Virginia, on November 23.
ANDREW CABALLERO-REYNOLDS/AFP/Getty Images

Half of America’s population has never experienced inflation this high. The Bureau of Labor Statistics reported on December 10 that the Consumer Price Index rose 6.8 percent in the 12-month period ending November 30, a level not seen in the 39 years since May 1982. The biggest contributors were food (up 6.1 percent), gasoline (up 58.1 percent), shelter (up 3.8 percent), used cars (up 31.4 percent), and new vehicles (up 11.1 percent).

According to John Williams of shadowstats.com, if inflation were calculated the way it was back in 1980, it would be much worse. His analysis shows the inflation rate over the past 12 months would be 15 percent. This means that the typical United States worker is worse off today than he was a year ago, despite the fact that wages are rising at the fastest pace in years.

According to the Labor Department, average hourly earnings have actually plunged 1.9 percent over the past year after accounting for the effects of inflation (which the Labor Department underestimates). This is bad news for the American worker, but it is also bad news for Joe Biden. More than two thirds of American voters disapprove of how Biden is tackling inflation, a new abc-Ipsos poll of 524 adults suggests.

These statistics show that many Democrats now regret their vote for Biden, who is actually claiming that spending billions of dollars America does not have on infrastructure will solve inflation created by money printing and the supply chain breakdown created by covid-19 lockdowns. The Build Back Better plan is turning into “Build Back Broke,” as 71 percent of households making less than $40,000 a year say that recent price hikes have caused them financial hardship.

President Donald Trump recently told Yahoo Finance that inflation will “ravage our country” if no one stops it, and it will be one of the major issues determining whether he returns to the White House. Yet whether or not Donald Trump is able to reduce America’s inflation rate for a time, the U.S. dollar’s days as the world reserve currency are numbered unless the entire nation turns to God in repentance. Forty years ago, the late Herbert W. Armstrong wrote in “What’s Happening to the U.S. Standard of Living—and Why?” about many of the economic problems America was suffering during the 1970s. Few people heeded his warning at the time, and most people forgot about it once the Reagan administration stabilized the economy. But this article addressed the root causes behind America’s economic decline. Mr. Armstrong explained that God had blessed America with the highest per capita income on the planet because of a promise He made to Abraham, and he warned that God would take away America’s blessing if it rebelled against Him.

“What have we done with these multitudes of national and individual blessings which actually were the gift of the living God?” he asked. “God did not promise to continue the blessings if we rebelled. We have been rebellious and unwilling to yield to our God and His ways which would have guaranteed lasting peace and prosperity. We have become arrogant and selfish. We have polluted the fertile lands the living God gave us. We have polluted the air, the rivers, lakes, and oceans. We have polluted our own minds and those of our children—teaching the anti-God fable of evolution. We have given public acceptance to the misnamed ‘new morality,’ which is gross immorality! We have given public acceptance to homosexuality, premarital sex and perversion. We have polluted the sacred institution of marriage, and through a constantly increasing divorce rate, we have started on a course of destroying the home and family relationship—the foundation of any stable society. We have filled our lands with crime—with corruption in high places—with violence.” Most of these sins Mr. Armstrong listed are much more prevalent in America today than they were 45 years ago.