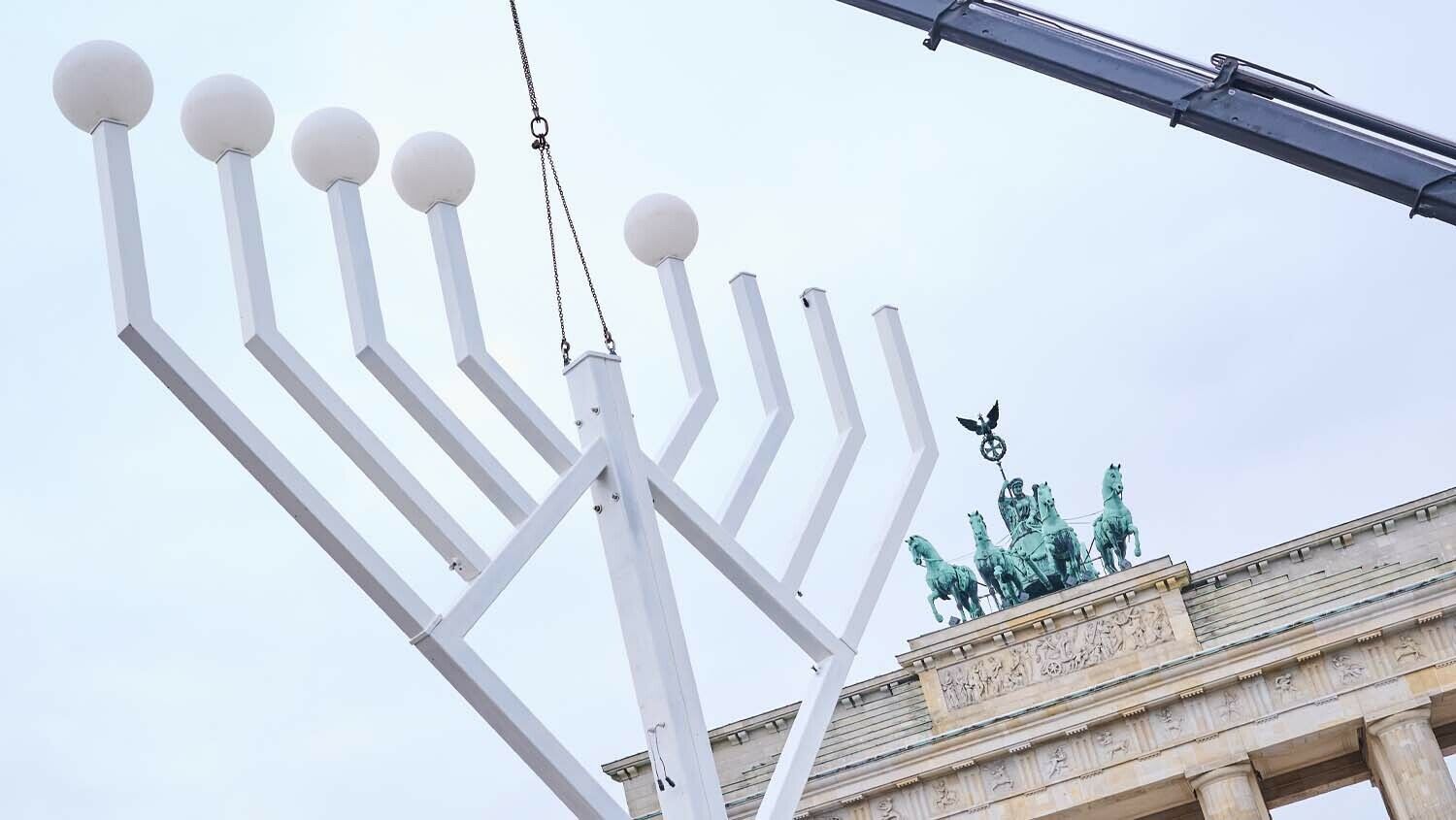 The harmonious imagery seems too good to be true.

Sunset on November 28 began the eight-day Jewish festival of Hanukkah, which celebrates the rededication of the second temple in Jerusalem in 164 b.c. This year, the Christmas Advent season and the feast of Hanukkah began at the same time. Germany has shown its solidarity with the Jews by setting up a menorah next to a Christmas tree in front of Brandenburg Gate. Yet the history of these two events and the current state of affairs are not as harmonious as many may think.

The feast of Hanukkah harkens back to a time when the Jewish religion was threatened with extinction. The Hellenistic Seleucids, led by Antiochus iv Epiphanes, sought to blot out the Jewish religion. As the greatest of all insults, he erected an image of Zeus in the Jewish temple and commanded the sacrifice of pigs. It was only due to the revolt of the Jewish Maccabees, and God’s miraculous intervention, that Antiochus’s goals were foiled. For this reason, “Hanukkah can be understood as a festival of religious freedom,” president of the Central Council of Jews in Germany, Dr. Josef Schuster, told the Hanns Seidel Foundation.

Happy Hanukkah - the Festival of Lights has begun! As Foreign Minister @HeikoMaas said, light is a symbol of hope - that we are not alone. #HanukkahSameach pic.twitter.com/vZZd0ohrDX

The origins of Christmas are more ambiguous. Why is it celebrated on December 25? Where does the custom come from? Is it really about love?

Encyclopedia Britannica notes: “In ancient Rome, December 25 was a celebration of the unconquered sun, marking the return of longer days. It followed Saturnalia, a festival where people feasted and exchanged gifts. The church in Rome began celebrating Christmas on December 25 in the fourth century during the reign of Constantine, the first Christian emperor, possibly to weaken pagan traditions.”

Indeed Christmas originated in paganism, but there is much more to the story than most admit. In his booklet The Plain Truth About Christmas, Herbert W. Armstrong explained how the Catholic Church came to adopt this custom:

But remember, these people had grown up in pagan customs, chief of which was this idolatrous festival of December 25. It was a festival of merrymaking, with its special spirit. They enjoyed it! They didn’t want to give it up! … [T]he recognition by Constantine of Sunday, which had been the day of pagan sun worship, and … the influence of the pagan Manichaeism, which identified the son of God with the physical sun, gave these pagans of the fourth century, now turning over wholesale to “Christianity,” their excuse for calling their pagan-festival date of December 25 (birthday of the sun god), the birthday of the Son of God.

And that is how “Christmas” became fastened on our Western world! We may call it by another name, but it’s the same old pagan sun-worshiping festival still! The only change is in what we call it! You can call a rabbit a “lion,” but it’s still a rabbit, just the same.

Jews were also persecuted for worshiping God on the Sabbath—Saturday—instead of Sunday. In a.d. 70, Rome conquered Jerusalem and destroyed the Jewish temple. The Roman Empire rose and fell. Out of its ruins rose the so-called Holy Roman Empire, along with its version of Christianity that was mixed with paganism. The Holy Roman Empire then led various attempts to take control of the Holy Land and make Jerusalem its religious headquarters. Furthermore, Jews have been targeted in inquisitions, pogroms and the Holocaust.

“For almost 200 years during the Middle Ages, Christian Crusades wrested control of the Palestine region from the Selçuk Turks through a series of military incursions made up of Christian armies largely from Western Europe,” Jack Meinhardt explained in “When Crusader Kings Ruled Jerusalem.” “It was one of the most romantic, chaotic, cruel, passionate, bizarre and dramatic episodes in history. In the 12th and 13th centuries a.d., a continual stream of European armies, mustered mostly in present-day France and Germany, marched out to destroy the infidel. Crusaders attacked non-Christians in northern and Eastern Europe; they conducted bloody pogroms against Jews and ‘heretical’ Christians in their own territories; they campaigned to push Muslims off the Iberian Peninsula and out of North Africa; and most important of all, they conquered Palestine, ruling the Holy Land from their citadel in Jerusalem.”

In the name of Christianity, Jews and even Christians who disagreed with Catholic teaching were persecuted and killed. That’s the history one ought to remember when seeing Hanukkah and a Christmas tree together in Berlin. The very origin of Christmas and Sunday worship led to the renewed persecution of the Jews. Can the same religion heal the divide?

People may speak about Christmas being a time of love. But these nice words have not put an end to anti-Semitism. Antiochus saw himself as a god, and he established a pagan religion to replace the Jewish religion. Shockingly, emperors of the Holy Roman Empire have had the same ambitions. The Bible reveals that a latter-day Antiochus will rise in the end time and make all prior attempts to blot out the Jewish religion fade by comparison.

“However, this modern-day Antiochus won’t present himself as an enemy at first,” Trumpet editor in chief Gerald Flurry wrote in “Europe Is About to Be Hijacked.” “‘He shall enter also into the glorious land …’ (Daniel 11:41). This doesn’t indicate a forced entry or conquest of Jerusalem. The Jews will likely invite him in, presumably to help keep the peace there. So he will enter peaceably into the city, no doubt with his flatteries and his deceit and his lies.”

This history and these prophecies should be a strong warning to Jews and the whole world today. One simply cannot trust the words of world leaders, their kind gestures or symbolic acts. What we see in Europe today is Bible prophecy unfolding before our eyes.