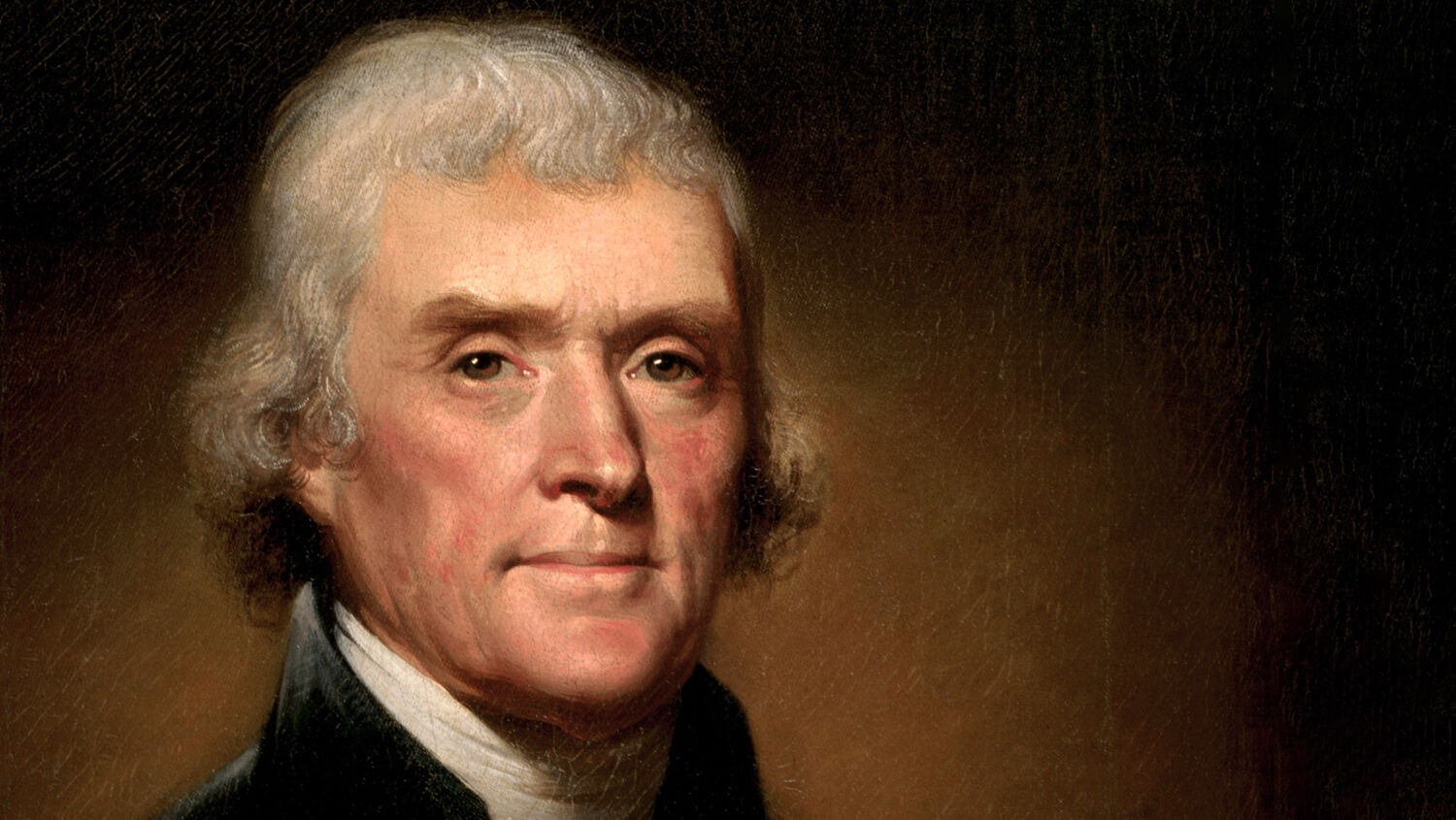 The war on statues was never going to be limited to the Confederacy. America’s entire history is the primary target.

A statue of Thomas Jefferson was removed from the New York City Council Chambers on November 22 after a mayoral commission unanimously voted to remove the “racist” and “offensive” statue. The statue had stood in “The Room Where It Happens” for 187 years.

But in 2021, nine unelected bureaucrats decided to put a likeness of America’s third president holding a copy of the Bill of Rights into a wooden crate and cart it out of City Hall.

The Public Design Commission President Signe Nielsen said he intends for the statue to remain “in the public realm.” Even that is too good an outcome for some. New York State Democratic assemblyman Charles Barron thinks Jefferson was a “slave-owning pedophile” whose statue should be “put in storage somewhere, destroyed, or whatever.”

The statue isn’t likely to suffer the fate Barron hopes for. But Jefferson’s expulsion from the council chambers is worrying. When the practice of attacking this nation’s founders and other great historical figures began, many radicals emphatically denied that such a historical giant would ever be targeted.

During the 2017 Charlottesville protests, one group was anxious to tear down the statue of Confederate general Robert E. Lee. Commenting on this, President Trump warned, “So this week it’s Robert E. Lee. I noticed that Stonewall Jackson is coming down. I wonder, is it George Washington next week and is it Thomas Jefferson the week after? You know, you really do have to ask yourself, where does it stop?”

At the time, historians and “experts” ridiculed Trump’s warning. John Fabian Witt, a Yale history professor, called it a “red herring.” When asked if Trump’s prediction would prove true, Pulitzer prize-winning Harvard professor Annette Gordon-Reed simply answered, “No.” The Charlottesville riots were about the Confederacy, she said, “not about the personality of an individual and his or her flaws.”

Yet here we are, four years later: Trump was right.

After the vote to remove Jefferson’s statue, Trump said in a public statement: “Who would have thought this would ever be possible (I did, and called it long ago!) Next up, Benjamin Franklin, Abraham Lincoln and, of course, George Washington.”

The left wants you to believe that Jefferson’s statue was removed because he was a “slave-owning pedophile.” Honoring anyone who owned slaves is tantamount to supporting slavery, they argue. So all such statues must be torn down.

Slavery was one of the gravest evils in man’s history, but it is also one of the more common evils in man’s history. Ancient Sumer, Egypt, Greece and Rome all practiced slavery. While America and Britain were involved in the Atlantic slave trade, they weren’t the only nations participating: Portugal, Spain, France, Jamaica, Brazil and Cuba, among several others, all transacted with the complicit African tribes who warred among themselves in order to acquire slaves to sell. It’s also important to note: Britain was the first nation to stop participating in the slave trade and actively worked to stop other nations as well. (Read about this important history in our article “The Real Reason Our Statues Are Under Attack.”)

Why are America’s and Britain’s founders and history the primary targets?

The answer is that America and Britain are unique among this world’s nations. The Bible shows that they have a special relationship with God.

In The United States and Britain in Prophecy (request your free copy here), Herbert W. Armstrong proved that modern-day America and Britain are descended from ancient Israel. God promised to bestow unconditional blessings on these nations (Genesis 12:2; 35:11-12). But God said that if Israel disobeyed Him, He would curse them by postponing the fulfillment of these blessings. The Bible shows that Israel rebelled against God. That is why it was only “beginning in 1800,” as Mr. Armstrong explained, that “these two birthright peoples suddenly burst forth as the greatest world powers in all history!”

The United States and Britain have a history with God. Fulfilled Bible prophecy is at the heart of that spectacular history. Men like Thomas Jefferson, George Washington and John Adams are integral parts of that history. They understood, at least on a human level, that America had a special relationship with God and that He endowed on man the inalienable rights to life, liberty and the pursuit of happiness—just as Thomas Jefferson wrote.

This fulfilled prophecy proves the Bible is true. But the Bible also talks about Satan the devil. It says he has deceived the whole world and has the power to influence men into rebellion and disobedience (Revelation 12:9; Ephesians 2:2). The devil hates God and the special relationship He has with the nations of Israel. And so, he is determined to attack anything that points people to God. America’s history and founding do just that. That is why the Founding Fathers are under attack. That is why Jefferson’s statue was put into a crate and removed from New York City Hall.

The war on statues was never going to be limited to the Confederacy. America’s founding and entire history are the primary targets. Satan is determined to “blot out the name of Israel” (1 Kings 14:27).

“God gave Israel their land!” wrote Trumpet editor in chief Gerald Flurry in the November-December 2014 issue. “Did you know God gave America and Britain the land they have? The U.S. has been the beneficiary of the richest land on Earth, and Britain received a bountiful island, necessary for the rise of its empire. … God gave us these [sea] gates, these cities, this wealth and this power! And now He is taking it back because of our ingratitude and rebellion!”

The fact that the government itself is as complicit as rioters in the practice of tearing down statues shows just how far America has regressed. (Not to mention the fact that government officials are falsely claiming Jefferson was a monster.) Crucial history is being distorted and attacked.

This history is important because it points the entire world to God. It points to what can happen to a nation when God is involved from the very beginning. It warns of how fast that nation will decline and destroy itself when it rejects God. But it also points to the miraculous hope of what God is about to do for the United States, Britain and this whole world.