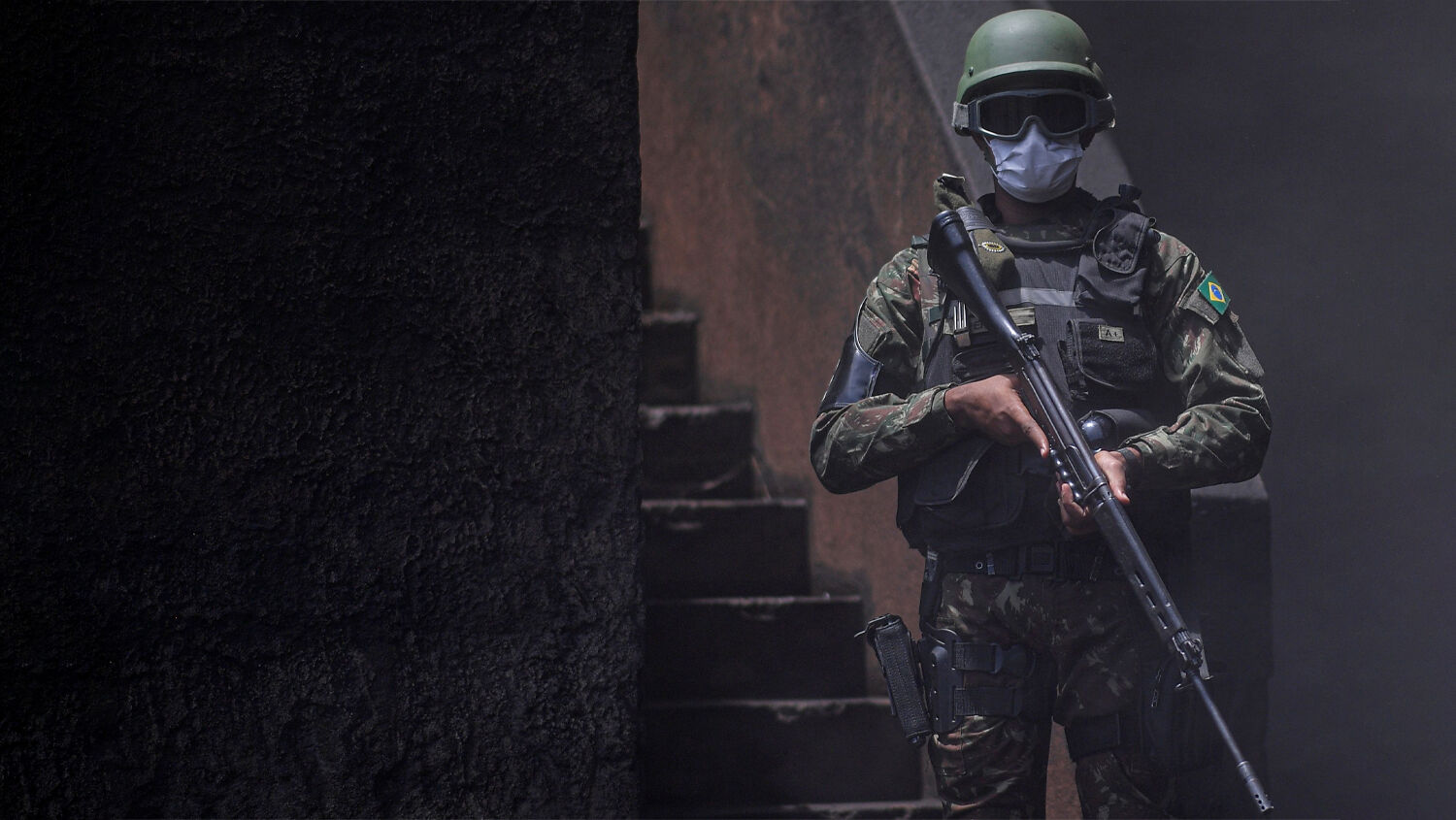 From January 1 to November 3, Germany approved the export of arms and other military equipment worth $4.26 billion, a parliamentary inquiry revealed. Twenty-seven percent of these exports went to countries outside of the European Union and the North Atlantic Treaty Organization. One noteworthy recipient is Brazil.

Officially, Germany and the EU have criticized Brazil for alleged human rights violations. Nonetheless, Brazil has so far received $151 million worth of German weapons this year.

Yet Brazil has its own weapons manufactures, which have dominated the domestic market for years. Brazil’s total arms imports in 2020 amounted to only $158 million. From January to August of this year, Brazil had already exported $1.35 billion worth of military equipment and systems. Yet German arms manufactures seem to have found a market in Brazil.

Brazil “is one of the largest markets and exporters of weapons in the world,” wrote Germany’s Handelsblatt in 2018. “European manufacturers now want to break the monopoly there” (Trumpet translation throughout).

German arms manufactures and the German government have been seeking close ties with Brazil. Yet Brazil has the highest number of total gun deaths in the world, according to the World Population Review. Homicides are sky rocketing in Brazil, but the government is to blame. Brazilian President Jair Bolsonaro simplified gun ownership within the country. Germany’s Süddeutsche Zeitung noted on June 1: “Hardly anywhere in the world do so many people die as a result of police violence as in Brazil. Nevertheless, weapons are supplied en masse to the country—especially by German companies.”

“The death toll from police violence in Brazil has been rising steadily since 2013, reaching 6,375 in 2019, a quarter of whom were under 19 years old and thus mostly still children. That means four children and young people die every day in Brazil at the hands of the police and military,” says child rights expert Ralf Willinger. “Many of the guns, rifles, armored vehicles and helicopters used come from Germany and Switzerland. This is no longer acceptable. Arms exports to Brazil must be stopped completely immediately, as EU law requires for countries with serious human rights violations and armed conflicts.”

Germany is willing to overlook crime to uphold good relations with Brazil.

We have warned for decades against Germany’s strong ties with Latin America. “Herbert Armstrong long prophesied, and we expect, the alliance between Europe and South America to grow extremely strong,” Trumpet editor in chief Gerald Flurry writes in Isaiah’s End-Time Vision. “The most significant factors that will cement this connection are religion and language: Roman Catholicism is the dominant religion of Latin America …. But it will not be a union of equals: The Latin American countries will become vassal states to Europe!”

Over the years, the two continents have built a close trade relationship. During the days of the Habsburg dynasty, they even shared the same emperor. The Holy Roman Empire colonized Latin America in the 16th century. Following World War ii, many Nazis fled to Latin America. Europe is interested in the region. Latin America is rich in natural resources and able to provide Europe’s constant need of raw materials. But what really binds them together is their common history and religion.

Revelation 17 and Isaiah 47 prophesy of a religious system that would dominate Europe for centuries. The Bible refers to it as “Mystery, Babylon the Great” (Revelation 17:5) and as “the daughter of Babylon … the lady of kingdoms” (Isaiah 47:1, 5). God prophesied that He would use this power in the end time to punish the modern descendants of Israel, primarily the United States, Great Britain and the Jewish nation in the Middle East. (For proof, request The United States and Britain in Prophecy, by Herbert W. Armstrong.)

For more information on this dangerous alliance, please request Isaiah’s End-Time Vision. This book will not only reveal the dangerous age we now live in, but also show what follows thereafter. It will explain the Bible’s prophecies in a way that you have never understood before.