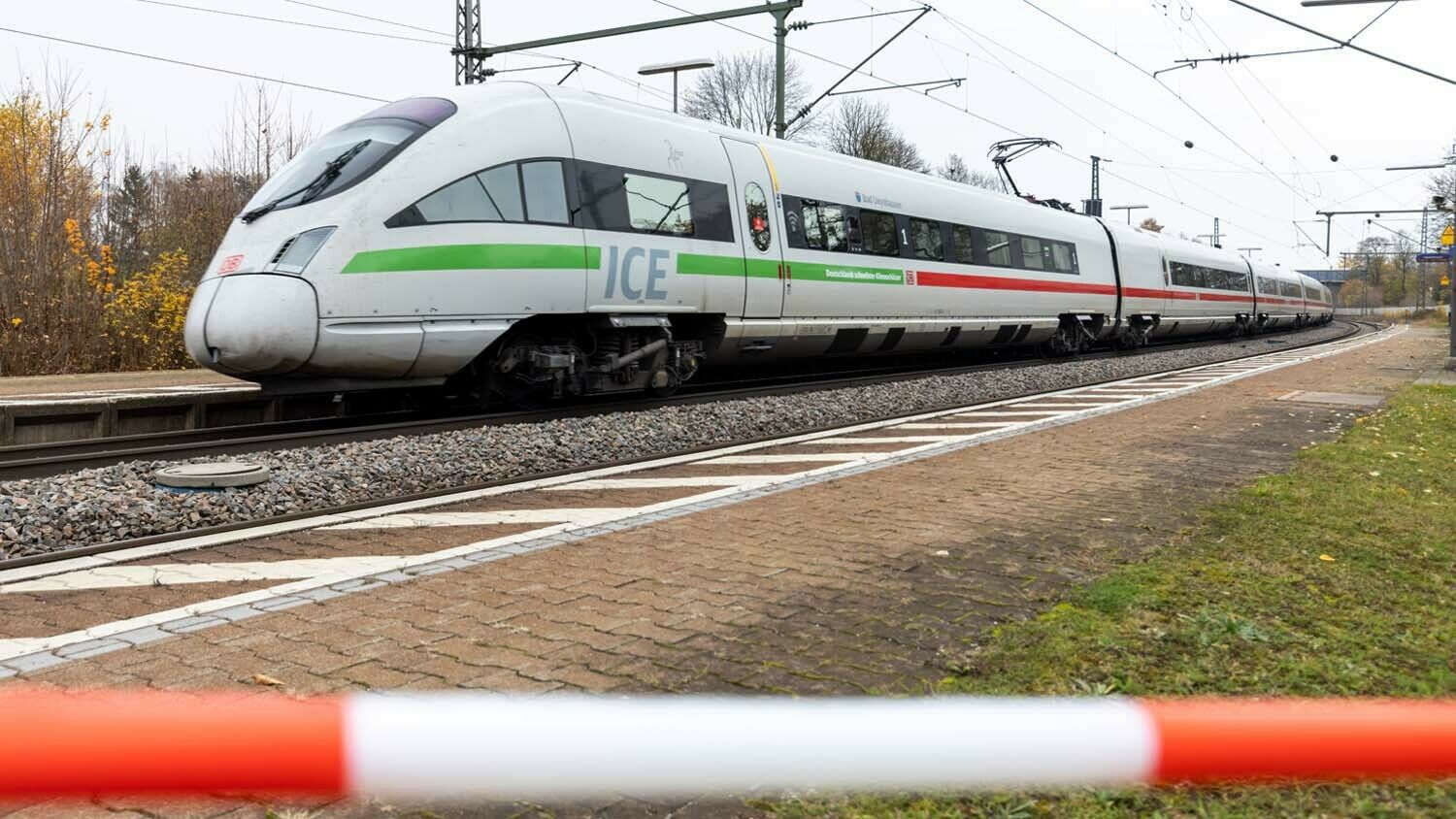 An ICE train passes through the station where a 27-year-old man was arrested the day before during a large-scale police operation after a knife attack in an ICE train.
Daniel Karmann/picture alliance/Getty Images

Prosecutors are slow to make judgments; Germans are increasingly aggravated by what they see as a false tolerance toward deadly Islamism.

On the train from Passau to Hamburg, Germany, on November 6, Abdalrahman A., a 27-year-old Syrian, injured four people in a knife attack. It wasn’t until November 16, however, that the prosecutors announced a possible Islamic motive behind the attack. The authorities initially assumed that the perpetrator had a mental disorder; he was taken to a psychiatric hospital after the crime after an expert claimed he was incapable of guilt. But the investigators have now found Islamic State propaganda videos in Abdalrahman’s home and a suspicious Facebook account linked to him. As Welt asked on November 16, “Was the knife attack on an ice train in Bavaria a terrorist attack after all?” (Trumpet translation throughout). Due to the possible extremist motive, the investigation has been taken over by the Central Office for Combating Extremism and Terrorism.

In recent years, it has become increasingly clear that Europe has a problem with Islamist extremists. In 2016, an axe- and knife-wielding teenage Afghan refugee injured four people on a train in Wurzburg, Germany. The Islamic State eventually claimed responsibility for the attack. On June 25 of this year, a young Somali man stabbed three women to death and seriously injured six others. Bavarian State Premier Markus Söder’s response was: “We cannot answer such a hateful deed with hate and revenge,” adding that the attacker should not be labeled “someone with a migrant background,” as this would stir further hatred.

The government downplays the attacks in an effort to prevent escalation. But the damage is already done: Germans are increasingly aggravated by what they consider tolerance toward deadly Islam. Radical Islamists simply cannot live peacefully in Germany. We are witnessing a clash of cultures that have been at odds many times throughout history.

Consider an example from the early-eighth century. Muslims tried to invade France in the 730s, but they were blocked by Charles Martel, the leader of the Franks and grandfather of Charlemagne. The Battle of Tours-Poitiers prevented an Islamic invasion and secured Europe’s Catholic future. Ever since, Islam and Catholic Europe have lived at odds, even clashing over Jerusalem.

Many people today believe we live in an age of tolerance; they assume religious wars are a thing of the past. But recent events in Europe show that terrorism is on the rise and a clash is imminent. Your Bible gives a prescient warning: “And at the time of the end shall the king of the south push at him: and the king of the north shall come against him like a whirlwind, with chariots, and with horsemen, and with many ships; and he shall enter into the countries, and shall overflow and pass over” (Daniel 11:40). As we have taught for many years, the king of the north is a German-led, European empire rising today; the king of the south is radical Islam, led by Iran.

“This is the key Bible verse that describes the existence of a northern bloc and a southern bloc and a massive clash between the two,” explains our Trends article “Why the Trumpet Watches Iran and Europe Heading for a Clash of Civilizations.” “Daniel wrote this forecast in the sixth century b.c.—but he said it would occur a long time into the future: ‘the time of the end.’” We are now living in this prophesied time and we are seeing the signs all around us that this crucial prophecy is about to be fulfilled!