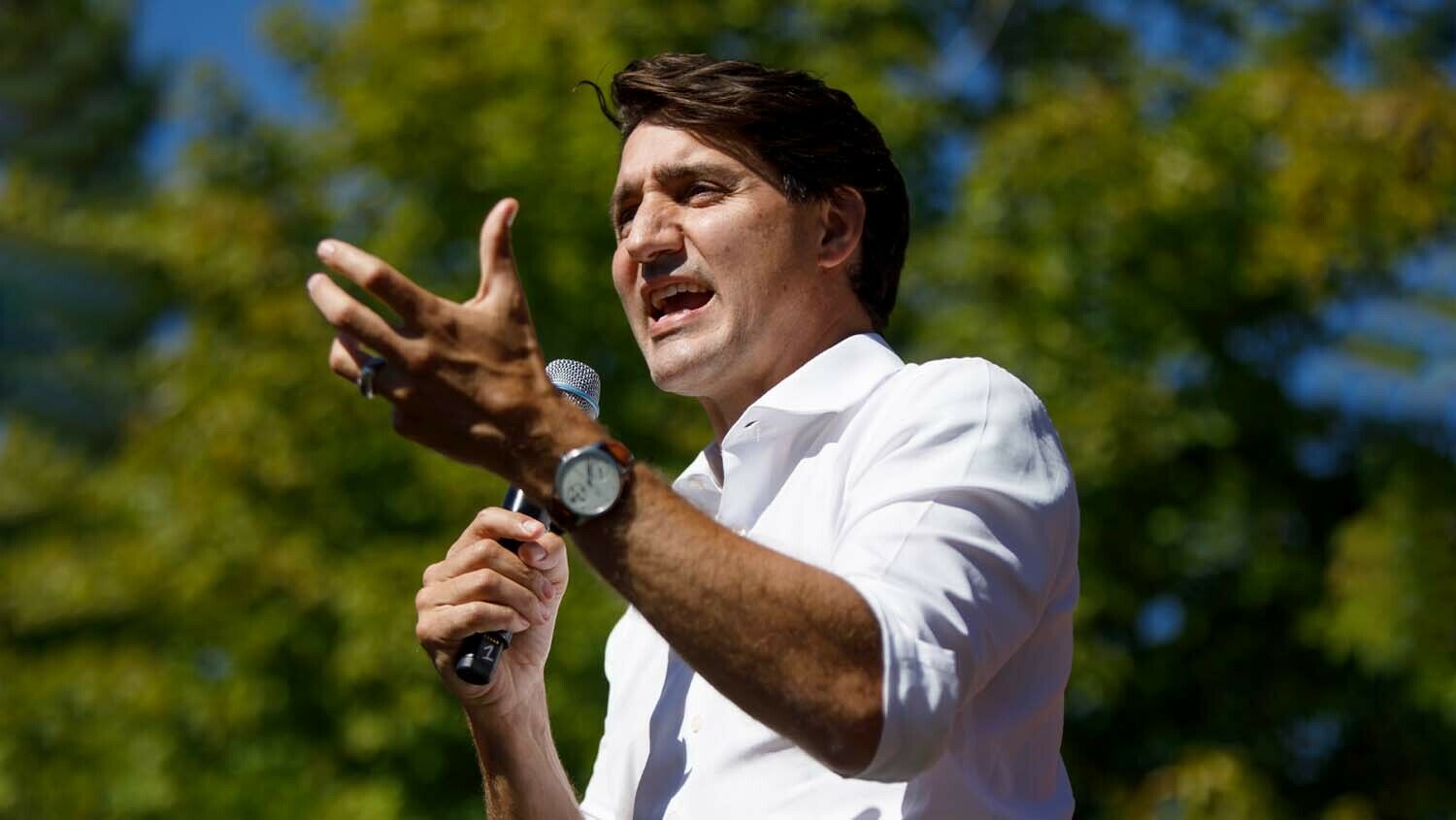 During the 2021 Canadian election, Prime Minister Justin Trudeau told the men of Canada “you need to be feminists.” Trudeau is a self-proclaimed feminist, and his government has framed a feminist foreign policy and has called the economic woes in Canada a “she-cession.” The emphasis on feminism is a reflection of Canada’s legal framework and general society.

Canada is one of the world’s largest nanny-states: The Canadian health-care system is expected to cost $308 billion in 2021, which is $8,019 per person. The federal government spent $74 billion on covid-19 pandemic relief, with a new round of benefits costing another $371 million. The Canadian government also has some of the most strict covid measures and vaccine mandates in the world, putting “safety” above freedom. The government has strict regulations on almost everything imaginable in order to “keep us safe.”

What kind of effect has this had on society? Trumpet managing editor Joel Hilliker wrote in “Society Has Become Effeminate”:

The entire government in America, and in other countries, has turned into a domineering, toxic, micromanaging, overprotective, guilt-tripping mommy state.

This has been a spectacular demonstration of the feminization of our world. …

Look at the results. We are in an effeminate age. Feminized thinking has taken over our education, our politics, our business, our economics, our news, our entertainment, our whole society.

This feminizing of our society is part of a deliberate agenda to remove masculinity and fathers. One area where this is exposed is in Canadian divorce law.

In Canada, 40 percent of marriages end in divorce. In 2020, 2.7 million people obtained a divorce and did not remarry. When children are involved, the splitting parties must create a family arrangement that includes child custody, visitation rights, child support, etc.

Lee Harding at the Epoch Times wrote: “Vancouver lawyer Carey Linde, who has practiced family law for 49 years, says that the family law system is biased against fathers and that men face an uphill battle. … The courts still, to this day, while things are an awful lot better, are gender-biased at every turn. … There still is a deep-seated bias against dads. There’s also a bias in the question of credibility.”

Canada’s Divorce Act does not use gender-biased language, but puts the needs of the child first. The law guides judges to make custody decisions based on the “relative abilities” of the parents to contribute to financially supporting the children. However, the Department of Justice has its own one-size-fits-all formula for financial obligations created in 1997, which does not follow statistical evidence.

The Epoch Times article quotes Christopher Sarlo, an economic professor at Nipissing University: “Sarlo said that those ‘relative abilities’ are not considered by the child support guidelines, which rely on ‘a number of unrealistic assumptions that make them unfair.’ He also said they are ‘gender-biased,’ noting that they ‘favor mothers at every turn and are punitive to fathers’ and ‘promote discord and litigation.’”

Each divorce case is unique, and the needs of each child is unique; yet Canadian divorce law is structured into a one-size-fits-all method. This method clearly produces results that favor the mother over the father: Mothers win 90 percent of custody battles in Canadian courts.

In reality, children will always lose in divorce. It is a nation-destroyer. Herbert W. Armstrong wrote in his book The Missing Dimension in Sex: “The foundational bulwark of any healthy, stable and permanent society is the family unit.”

On top of divorce, there is a broader agenda at work. The feminization of society is actually a conspiracy against fatherhood.

The radical left and modern academia make the case that fathers are not needed for stable, happy, successful children. However, the facts prove the opposite. “Studies show that fathers supply a number of unique benefits,” writes Mr. Hilliker in Redefining Family. “Citing several academic sources, the Wall Street Journal wrote that fathers’ ‘distinct style of parenting is particularly worth recognition: The way dads tend to interact has long-term benefits for kids, independent of those linked to good mothering’ (June 14, 2011).”

The science shows that children have the best possible family life and chance for success when both parents are involved, mother and father. Each supply their own benefits, as Mr. Hilliker explains:

A child’s access to Dad directly affects his confidence. Fathermag.com reports, “An increased amount of father-child involvement has proved to increase a child’s social stability, educational achievement, and even their potential to have a solid marriage as an adult.”

When Canadian families are devoid of these masculine, fatherly benefits, the consequences become society-wide. Political correctness, overly insulating people from others’ opinions or realities, the bubble wrap mentality to provide free care for every possible situation, and a lack of confidence in our own history and identity are some of the fruits of feminization. Mr. Hilliker continues:

Proof of how important the father’s role is can be seen in what happens when it is neglected. Numerous studies have shown that fatherlessness increases a person’s vulnerability to premature sexual activity, depression, divorce and other major problems. The vast majority of fatherless children are prone to emotional imbalances, problems with motivation (especially boys), anger, instability, vulnerability, insecurity and feelings of rejection—a sense of being unloved and unlovable. (These same problems tend to crop up where a father is present, but is perhaps abusive, a workaholic, passive and unmasculine, sickly, manipulative or an unbalanced perfectionist.) Fatherlessness has been proved to be the number one factor predisposing someone to criminal activity—more than poverty, IQ, race, culture or education.

ctv News reported that depression and anxiety were at record levels in Canada at the end of 2020, writing that “22 percent of surveyed Canadians reported that they had been diagnosed with depression, with another 20 percent saying they had received an anxiety disorder diagnosis.” Family Service Canada reports: “In Canada, suicide is the second leading cause of death for youth age 15-24 and the leading cause of death for children age 10-14.” Those are horrifying figures.

Substance abuse is rampant: 3.4 percent of Canadian youth ages 12 to 17 are classified as heavy drinkers, which means “consuming five or more drinks on one occasion, 12 or more times over the past year.” Nineteen percent of 12-to-15-year-olds consume marijuana, with 1 in 6 developing a disorder. Opioid overdose is a national crisis in Canada: 12 Canadians a day die from overdose, with young Canadians ages 15 to 24 the fastest growing population hospitalized for overdoses. In 2016, over 20 million prescriptions for opioids were dispensed, which is nearly one prescription for every adult over the age of 18 years.

In 2020, unemployment for males under 25 years old was 17.9 percent. Despite lockdowns being lifted, unemployment remains at 10 percent. Many business owners are having issues finding employees due to youth choosing government relief money over working.

Canada’s fatherless society is failing our youth—and all citizens of every age. This feminized thinking has become ingrained in our legal institutions, our leaders, our education and our families.

What is the real motivation for removing the father from society? Who is truly responsible? The Bible shows that the conspiracy against fatherhood is actually the master plan of Satan the devil! Mr. Flurry writes in Conspiracy Against Fatherhood:

The May-June 1970 issue of Tomorrow’s World magazine stated: “It has been the devil’s plan to pervert even the meaning of the word ‘father.’ … If the devil could get a society and make it the way he wanted it, what would it be like? … The final end of any society run by the devil is the complete destruction of fatherhood! The devil himself cannot reproduce. Angels cannot reproduce nor marry (Matthew 22:30). But God can reproduce Himself. God is in the process of reproducing Himself in us—His begotten children (1 John 3:1-2). Thus the devil wants to destroy fatherhood—for in so doing he hopes to destroy God’s true religion.

Biblical family, including the biblical role of the father, is a type of God’s plan to create a spiritual family! Satan wants to blot out God’s transcendent plan for you and your children by working to dismantle the family. Mr. Flurry continues: “People who fight and war against fatherhood are little more than puppets of the devil, and they use Satan’s tactics in their warfare. He is behind the conspiracy to destroy fatherhood.”

The conspiracy is strong in Canada, but you can fight back against this plot to destroy your family. The Bible reveals the way forward from any situation, if we are willing to submit to God’s great plan. To learn more, please read our free booklets Conspiracy Against Fatherhood and Redefining Family.