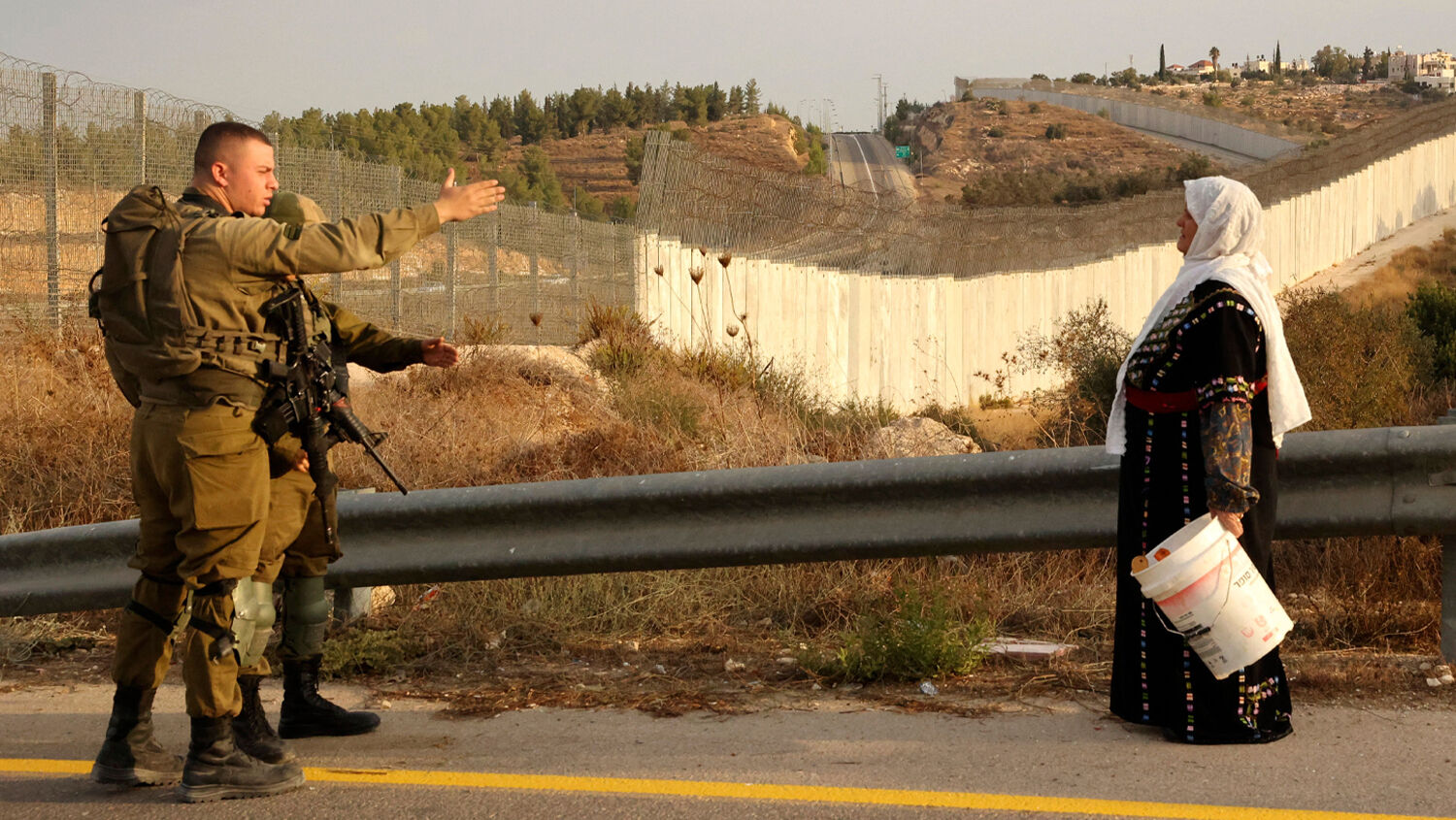 A Palestinian woman stands with others (not pictured) as they gather near an Israeli army checkpoint.

What is the solution to anti-Semitism?

A representative study commissioned by the Central Council of Jews shows how deeply rooted and disguised anti-Semitism is in the collective thinking of many Germans. For example, 92 percent agreed with the statement “I have nothing against Jews.” Only 57 percent agreed with “I have nothing against Zionists.” Germany’s Welt noted on November 10: “Anti-Zionism questions the right of the Jewish and democratic state of Israel to exist; Zionism formed as a reaction to and protection against increasing anti-Semitism” (Trumpet translation throughout).

Also shocking is that 21 percent of Germans and 32 percent of Alternative für Deutschland (AfD) party voters agree that “what Jews are doing to Palestinians today” is, in principle, “no different from what the National Socialists did to Jews.” According to Welt: “Israel is demonized and delegitimized by this statement, and the National Socialist extermination of Jews is implicitly trivialized.”

For decades, German governments have openly fought against anti-Semitism. Many in the media have condemned it (though anti-Israel bias is often visible) and courts have prosecuted crimes. Yet anti-Semitism never really left. The Bible reveals that another plan to blot out the name of Israel is being prepared in Europe (Psalm 83 and Daniel 11). (Read Trumpet editor in chief Gerald Flurry’s free booklets Jerusalem in Prophecy and The King of the South for more information on these prophecies.)

Yet anti-Semitism will end. The solution is not harder punishments or stricter laws, but a complete change of mind in all mankind. In Which Day Is the Christian Sabbath? Herbert W. Armstrong explained:

Salvation is of the Jews (John 4:22). Salvation, however, is for everyone that believes (in living faith, not dead faith)—to the Jew first, and, through Christ, also to the Gentile (Romans 1:16).

You can have no salvation unless you become, spiritually, a Jew! (Romans 2:28-29). Of course, through disobedience, all natural-born Israelites have been cut off from the promises and God’s salvation—but they may receive it, like all others, through Christ! (Romans 11:17-18, 23-26).

So the true Christian will put out of his heart that prejudice and hatred against Jews.

Only through understanding God’s plan for all mankind can our world overcome anti-Semitism and other evils. This plan is thoroughly explained in Mr. Armstrong’s book Mystery of the Ages. Satan hates God’s plan and uses all the means at his disposal to destroy all evidence of God’s existence and His involvement in our world. But God’s plan will stand.