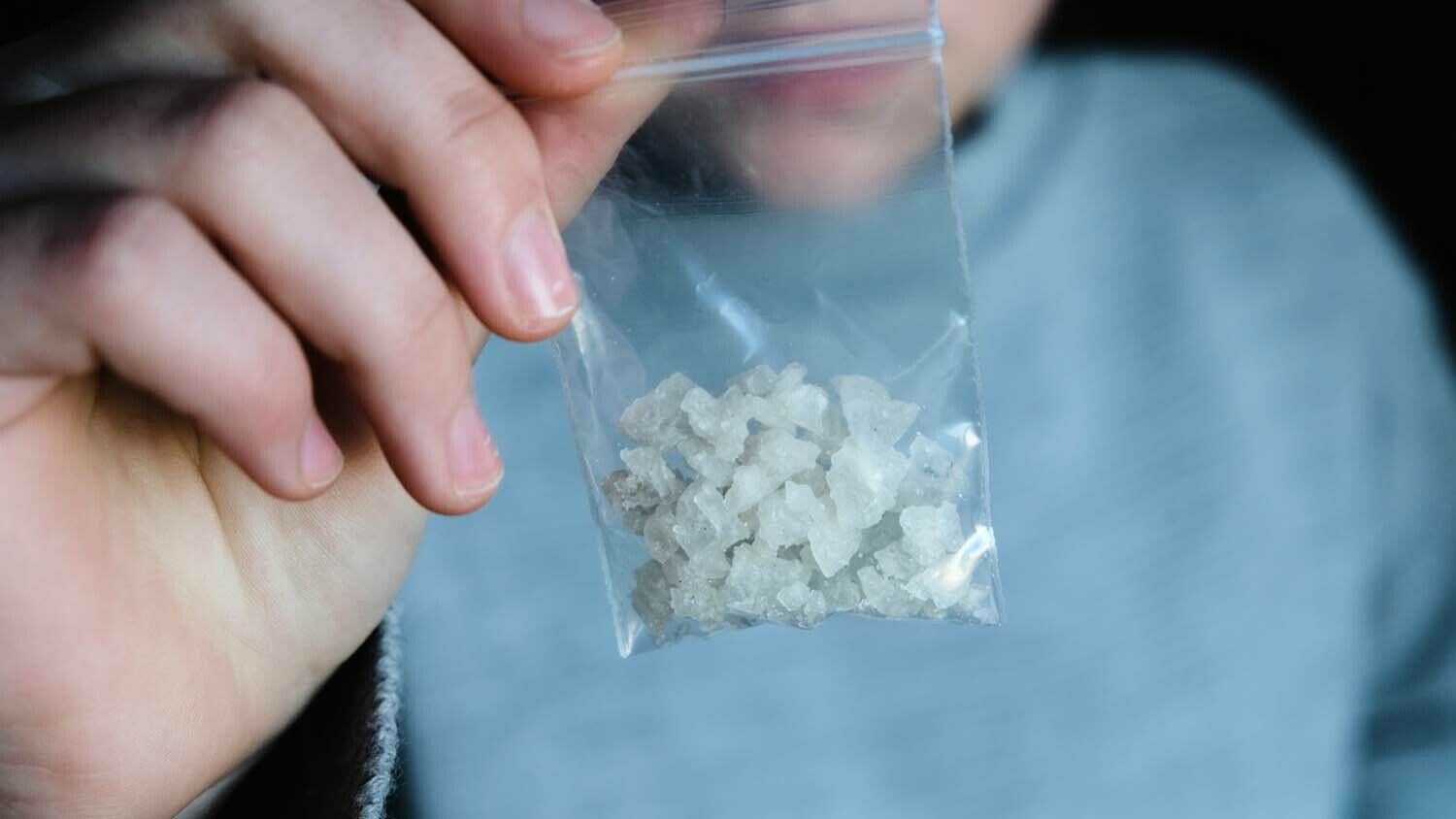 “One pill can kill” is the phrase Ashley Soriano of Fox News used to open her October 8 article on the increased drug trafficking happening under the United States’ government-sponsored illegal immigration across the southern border. “That’s the message the Drug Enforcement Administration (dea) is spreading to bring awareness to the rise in fentanyl overdoses,” she wrote. Much of today’s nightly news shows focus on the large numbers of people flooding through America’s open borders. Few news sources mention the catastrophic increase in drug smuggling also happening at our southern border.

“Thousands of people cross between the U.S. and Mexico daily at the Pharr International Bridge in Texas. That’s also where Customs and Border Protection (cbp) seized $1.2 million worth of cocaine and fentanyl on October 1—hardly a dent in the quantity of drugs making their way across the border and eventually to cities and states nationwide,” reported Soriano (emphasis added).

Every parent with teenagers should read and think deeply about what Soriano is reporting. What the cbp seizes is barely a dent in what passes through our borders to multiple U.S. states and cities. These illegal and extremely dangerous drugs are being sold to America’s teenagers and young adults. Texas Gov. Greg Abbott warned, “Just the amount of fentanyl just apprehended by the Texas Department of Public Safety just this year is more than enough to kill every man, woman and child in the states of Texas, California and New York.” Believe what you read!

Fentanyl and cocaine are not the only deadly drugs coming into America. Methamphetamine, also known as crystal meth or simply meth, is also smuggled into the U.S. through the southern border. On August 11, Alex Riggins wrote for the San Diego Union-Tribune: “U.S. Customs and Border Protection officials confirmed Monday that last week’s discovery of more than 5,528 pounds of methamphetamine at the Otay Mesa Port of entry was the largest bust of its kind ever made along the U.S.-Mexico border.” That’s 2.8 tons of illegal, deadly drugs.

“The methamphetamine, and an accompanying 127 pounds of fentanyl powder that officers discovered Thursday, had an estimated street value of more than $12.9 million, according to customs officials,” continued Riggins.

According to Riggins, Pete Flores, cbp director of San Diego Field Operations, said: “This amount of fentanyl and methamphetamine is enough to ruin countless lives and fund transnational criminal organizations.”

These facts should shock every American and motivate every government official to take action to protect its citizens, especially its teens and young adults. The border crisis is about much more than immigration. It is about protecting Americans from diseases, terrorists and drug smugglers.

Why should you worry about the increase in drug smugglers? Hasn’t this been a problem for decades?

Steven Reinberg wrote for U.S. News and World Report on September 23: “Deaths from methamphetamine overdoses in the United States nearly tripled between 2015 and 2019, health officials report in a new study.”

And these numbers are only growing worse. Reinberg said that “in 2020, more than 93,000 Americans died from drug overdoses, the largest one-year increase on record. The increase was largely driven by overdoses involving synthetic opioids, primarily fentanyl, but overdoses involving methamphetamine were also significant.” There is an additional detail we need to understand about methamphetamine and fentanyl: They mix into a deadly brew.

“Methamphetamines are increasingly more deadly now because much of the supply of the stimulant sold on the streets is contaminated with the synthetic opioid fentanyl,” warned Mann. This reveals the sinister side to the illegal drug manufacturers and smugglers. They want to ensure that their buyers keep coming back for more. The most intense high to be gotten from taking meth comes with the first use. The more a person uses meth the less intense the high. But meth laced with fentanyl keeps the intense high alive. This is where the deadly danger lies.

Unlike a pharmaceutical drug sold over the counter, illegal drug manufacturers couldn’t care less about measuring the amounts of ingredients in their drug mix. There is no way to gauge how much fentanyl is in the meth sold on America’s streets. This is where the “one pill can kill” phrase comes into play. A strong dose of fentanyl will stop a person’s breathing and cause heart failure. Fentanyl-induced asphyxiation is a sure road to death. A teen on an intense fentanyl-laced meth high will not recognize his breathing has stopped. Even if a teen is on a meth high with other teens, there is no safety in such a group. They are all likely to be too high to notice if a friend has stopped breathing.

Become an Expert on Meth Now

All parents must know and understand that the deadliest drugs are readily available and easily obtained by your teen. In addition, parents must recognize that the peer pressure to experiment with methamphetamines and opioids is at an all-time high. What should you do?

“I agree wholeheartedly with the foremost recommendation of every rational anti-drug campaign: Talk to your kids early and often about drugs. Otherwise, you’re leaving it to someone else to instruct them,” writes David Sheff in his New York Times bestseller, Beautiful Boy. This gut-wrenching, eye-opening book tells Sheff’s traumatic journey through his son Nic’s addiction and attempts at recovery. Through bitter experience, Sheff learned that the first and best line of defense against drug addiction is engaged, well-informed parents who are fully prepared to talk with their children about the danger of drugs and peer pressure. His book is worth reading. It is a grave warning to parents who are slipshod about child rearing.

While reading this book, I appreciated Sheff’s blatant honesty. “How innocent we are of our mistakes, but how responsible we are for them. I made terrible mistakes raising Nic. I don’t absolve myself—even now,” he writes. One of the mistakes Sheff mentions is his openness about his drug use in his youth. “Should you be open and honest about your experience with drugs? … I would be careful never to glorify drug or alcohol use and would consider children’s ages, never giving more information than they can comprehend at the time,” he writes. Nic Sheff justified his drug use because he knew his father experimented with drugs. Parents need to recognize that children are great at imitating parental flaws.

David Sheff talks openly in his book about how his divorce from his first wife, Nic’s mother, impacted his son. In the divorce settlement, they decided to share custody of Nic, even though they lived long distances apart. Consulting with famed psychologist Judith Wallerstein, who completed a 25-year study on the impact of divorce on children, he learned, “You’d like to think that these kids could simply integrate their lives between their two homes … but most children do not have the flexibility. They begin to feel as if it is a flaw in their character when it is simply impossible for many people to conduct parallel lives.” Obviously, the main lesson here for parents is that strong, loving and loyal marriages produce stable children who have the personal strength to cope with the peer pressure to do drugs. If you have found that your teen is experimenting with drugs, be sure to do as David Sheff did, examine yourself, even your marriage. Fix your own flaws as you help your teen to focus on his or hers.

Sheff makes an interesting statement that I would like to capitalize on. Referring to meth and its related addiction, he states: “I am in a silent war against an enemy as pernicious and omnipresent as evil. Evil? I don’t believe in evil any more than I believe in God. But at the same time, I know this: Only Satan himself could have designed a disease that has self-deception as a symptom, so that its victims deny they are afflicted, and will not seek treatment, and will vilify those on the outside who see what’s happening.”

There are two points here where I personally disagree with Sheff. I believe that there is a God. I believe that Satan the devil is real and has been cast down to this Earth and is full of white-hot wrath against God and humanity made in God’s image and likeness (see Revelation 12:9, 12 and Genesis 1:26-27). I am certain that David Sheff and his family were dealing with Satan himself. So is every teen and adult captive under the oppression of methamphetamine addiction.

But I do agree with him that Satan is the ultimate reason for such drug creation and addiction. We are living in an evil world with ramped-up evils because Satan literally is the god of this world (Galatians 1:4; 2 Corinthians 4:4). The best treatment for curing a meth addiction is to never let it begin, and we do that by building strong marriages and tightly knit families.

Please request free copies of Why Marriage—Soon Obsolete?, by Herbert W. Armstrong, and Child Rearing With Vision. These materials will reenergize your marriage and help you help your children to excel in life.

When anyone uses crystal meth, they become jumpy and jittery. … Thus, teen crystal meth use amps normal high teen energy to an intense excess. Therefore, teen crystal meth results in a dangerous combination of irritability and anger mixed with a deluded sense of invincibility.

2) Meth Mouth and Teen Meth Use

A common side effect, meth mouth is a clear-cut sign of teen crystal meth use. As oral hygiene vanishes, teens stop brushing their teeth or taking care of their lips and gums. At the same time, meth use leads to the grinding of teeth and the biting of lips. The resulting lip sores and discolored teeth are an obvious sign of teen meth use. …

3) Constant Scratching of the Face & Body

Smoking, shooting, or snorting crystal methamphetamine leads to constant scratching of the face and body. … A symptom of meth psychosis is an itchy sensation of invisible bugs crawling all over a user’s body. Thus, many teen meth users scratch themselves intensely, leading to open wounds and red marks on the face and body.

4) Staying Awake for Days on End

As a powerful stimulant, cycles of teen crystal meth use result in teenagers staying up for 24 hours straight or more. …

5) Intense Exhaustion and Fatigue After Teen Meth Use

No matter what drug a person takes, they must sleep eventually. After using the drug for many days, teen meth users collapse into a deep sleep, refusing sometimes to get up for 24 hours straight. [D]isruptive sleep patterns are a strong indication of teen meth use.