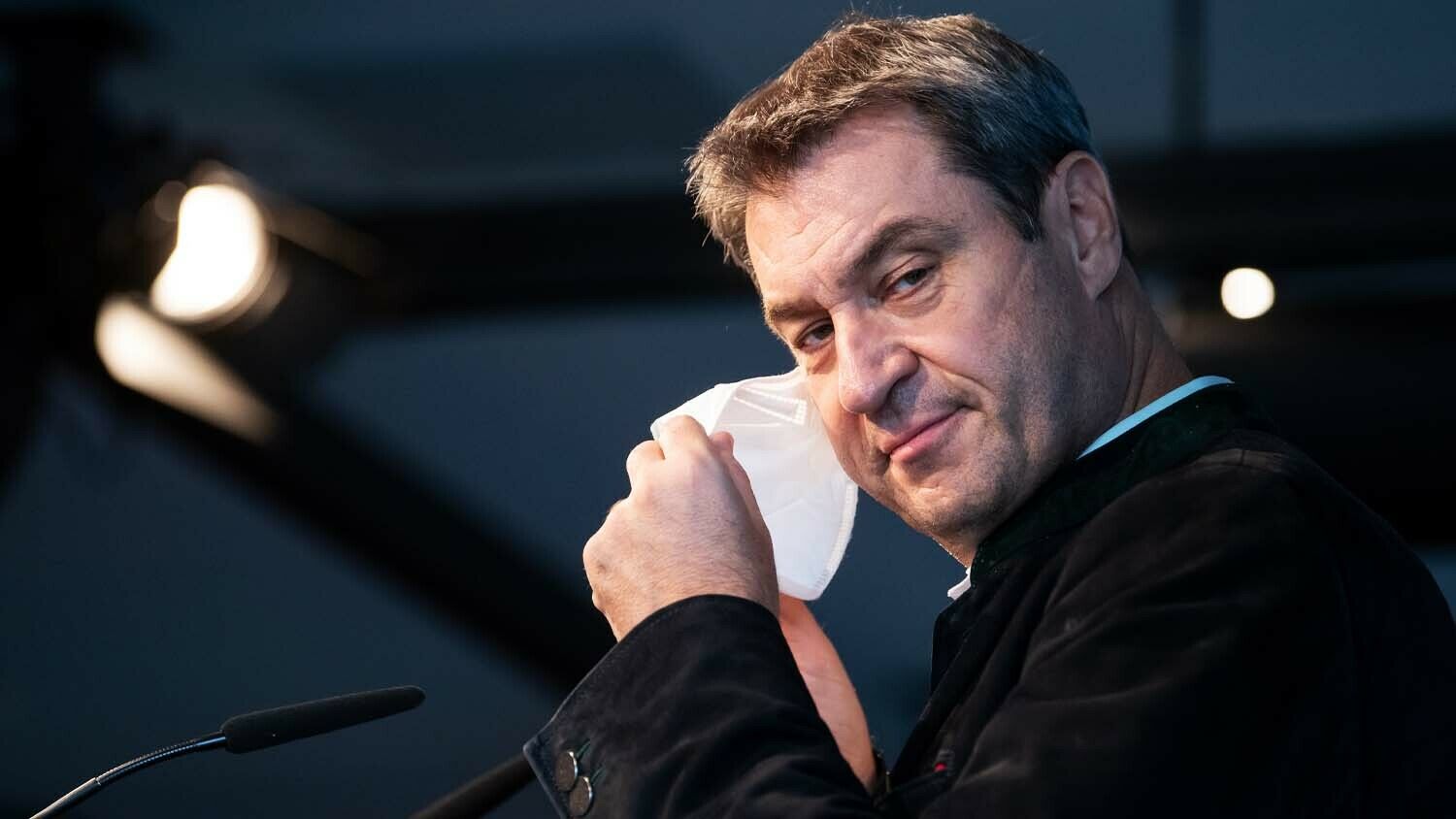 Markus Söder, csu chairman and premier of Bavaria, attends a press conference on October 29 at the party headquarters after a meeting of the csu executive committee.
Sven Hoppe/picture alliance/Getty Images

The situation in Bavarian hospitals is “very, very worrying,” State Premier Markus Söder warned. He tweeted on November 3: “The coronavirus is unfortunately back with a vengeance. The fourth wave is rolling through the country as a pandemic of the unvaccinated. Hospitals are filling up, especially in hotspots. We don’t want a lockdown, but we must act wisely now. Priority is given to schools and hospitals” (Trumpet translation throughout). In another tweet, Söder stated: “We want to make the third vaccination possible for everyone. The booster is the best protection. Only vaccination protects against severe cases. If you love freedom, you should get vaccinated. The only true Freedom Day would be the day when everyone is vaccinated who can get vaccinated.”

In the world today, vaccines are becoming the pass to freedom. And more and more officials in Germany believe that only those who have been vaccinated should be allowed to have freedom. German Health Minister Jens Spahn warned that the fourth wave is “rolling with full force.” Chancellor Angela Merkel announced that there will be “severe restrictions for the unvaccinated.” Government spokesman Steffen Seibert said on November 3 that people’s disinterest in complying with the rules is opening the way for the virus.

Currently, Germany has a 3G pass. The “G” stands for Geimpft, Genesen, Getestet, meaning vaccinated, recovered or negatively tested. And according to Seibert, the next logical step would be a 2G pass, which means even with a negative covid test, enjoying basic freedoms would require either covid recovery or vaccination.

Saxony already introduced statewide 2G rules. Starting on November 8, only the vaccinated and recovered will be able to visit the indoor areas of cultural and recreational facilities, restaurants, bars, clubs, etc. Even major outdoor events, such as soccer matches, fall under the regulation. In addition, ffp-2 masks will be mandatory on public transport.

Government officials are increasingly taking on more power and authority. Söder’s recent action is proof of that fact. The Bavarian Administrative Court declared that the lockdowns imposed by the Bavarian state government in March 2020 were unlawful. The judges attested that Söder’s government had a questionable view of humanity. Söder refuted the ruling and sees no fault. A higher court will have to decide the matter.

In the meantime, there is more and more evidence that the vaccines do not provide the protection the “experts” claim.

Since the beginning of February to the end of October, there have been 117,763 vaccine breakthrough cases in Germany. The Robert Koch Institute (rki) reported: “The proportion of fully vaccinated among the reported cases has, however, increased significantly in recent weeks.” At the time the report was written, the last three weeks counted 53,998 breakthrough cases. People are losing freedom to a vaccine that isn’t as effective as purported.

We live in a world where governments and government-funded scientists define human rights. Officials see themselves as the highest authority. In the book of Jeremiah, God pinpoints the problem with man’s government: “Thus saith the Lord; Cursed be the man that trusteth in man, and maketh flesh his arm, and whose heart departeth from the Lord” (Jeremiah 17:5).

Watching the news can be extremely frustrating. Yet it also highlights how important it is to understand what the Bible reveals about our time. Early on in the pandemic, Trumpet editor in chief Gerald Flurry warned in “Coronavirus and the Holy Roman Empire”: “European leaders are increasingly behaving like dictators and assuming dictatorial power. The people of Europe are being conditioned to accept more tyrannical leadership.” This trend has certainly continued. In Italy and Austria, many are forced into getting the vaccine in order to keep their jobs.

The Bible reveals that Europeans are being prepared to again accept dictatorships. Nazi Germany used fear as an instrument to force its populous into submission. Today, people fear the coronavirus and the consequences of breaking lockdown measures. Many people are in fear of living a normal life. We can expect European leaders to continue to keep people in submission. But most of all, we can expect these trends to fulfill major Bible prophecies.

The book of Revelation is a mystery to many people, and yet it contains prophecy for our day. Revelation 17 speaks of the rise of 10 kings just before God’s prophesied supernatural intervention in this world. This prophecy reveals that our world is heading toward dictatorships. Request a free copy of Who or What Is the Prophetic Beast?, by Herbert W. Armstrong, to understand the prophecies contained in the book of Revelation and how they apply to our day. All of our literature is free and essential to maintaining a sane mind in a maddening world.