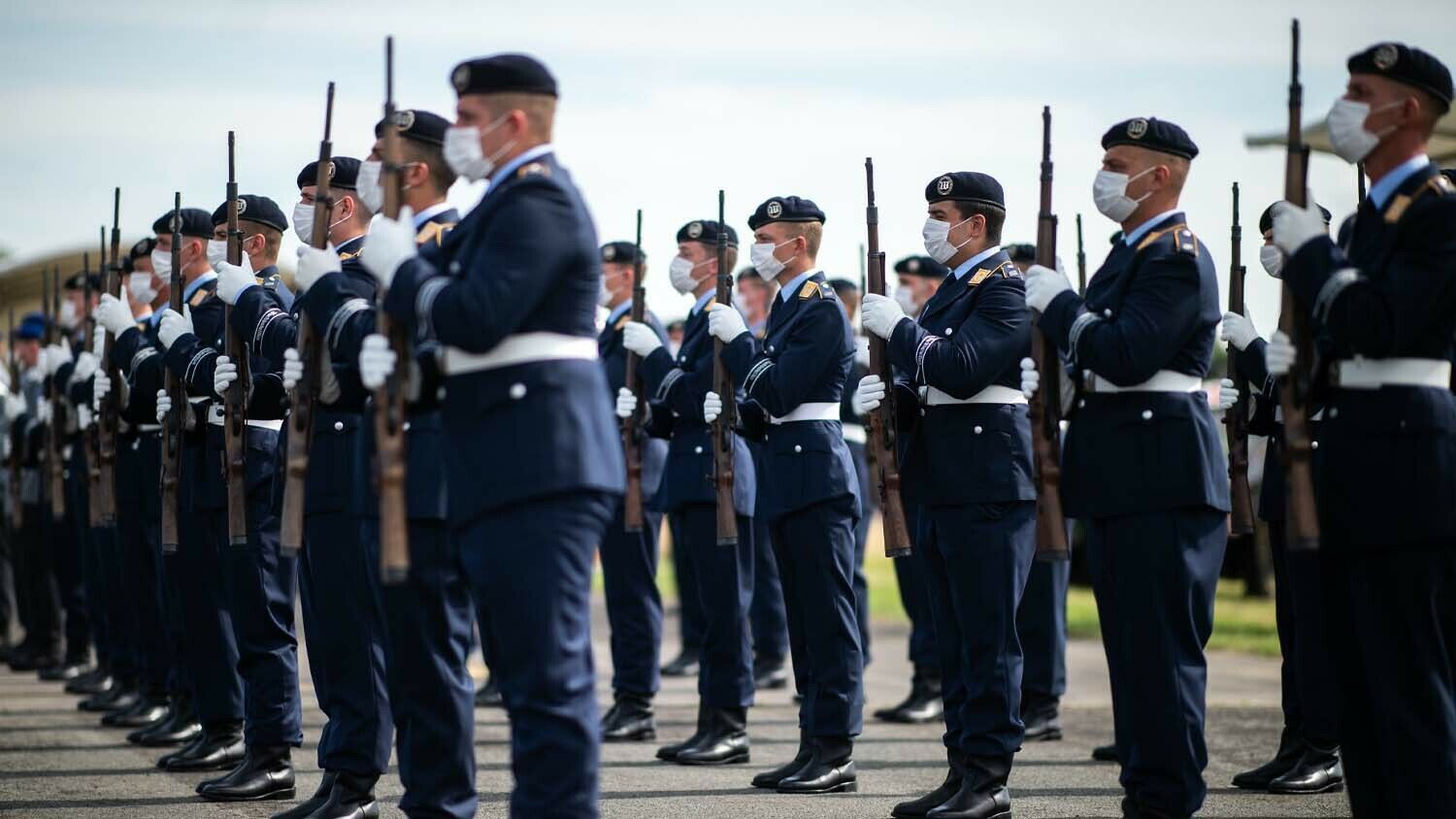 Soldiers present their rifle on the roll call square on the grounds of the Bundeswehr barracks.
Jonas Güttler/picture alliance via Getty Images

Who do you call if you want to speak to Europe? More and more, the answer is becoming Berlin.

Five European Union member states started an initiative to build a united military contingent, Deutsche Presse-Agentur reported on October 21. Germany, Finland, the Netherlands, Portugal and Slovenia made plans to invoke the EU Treaty’s Article 44. The article allows member states’ militaries to band together as a united coalition. The plans are for the five countries to create units of 5,000 soldiers each. They are also considering plans for a united space force and cyberforce. Article 44 has never yet been activated.

The EU already has multinational battle groups, but the maximum size of these groups is 1,500. The European Border and Coast Guard Agency, or Frontex, is overseen by the EU and made up of Schengen Area police and coast guard forces instead of the military.

If the plans to invoke Article 44 go ahead, it would be a major milestone. Combined, the militaries of the five countries have about 800,000 personnel. Many battle groups could be formed with 800,000 people.

Some of the militaries in the group are more powerful than others. According to a 2018 Business Insider article, the total military personnel of Portugal and Finland were numbered as 268,500 and 262,050, respectively. The military personnel of the Netherlands was listed as 53,205; Slovenia’s at 7,250. In 2018, Finland’s navy had 270 vessels. The next largest navy, Germany’s, had 81 vessels. Slovenia had only one.

However, it’s clear which country has the most powerful military.

Germany has a history of working with other countries. In 2016, the Dutch 43rd Mechanized Brigade joined the Bundeswehr, putting about two thirds of the Dutch Army’s command structure under Berlin’s control. In 2017, the Czech Republic and Romania agreed to similar arrangements with some brigades. That same year, Germany signed an agreement with France to operate a joint aircraft fleet.

This proposed initiative, however, would put troops under Brussels rather than Berlin.

Ursula von der Leyen was Germany’s defense minister when Berlin absorbed the brigades from its neighbors. She is now serving as president of the European Commission, the executive head of the EU.

Von der Leyen might be bringing Germany’s model of absorbing other militaries to the European level.

What does this mean for Europe?

For roughly 70 years, nato has been the main security guarantor for Europe. Some see Europe’s push for a united military as a direct challenge to nato. French Defense Minister Florence Parly told other nato defense ministers in a meeting, “When I hear some defensive statements on Europe defense and when I observe certain threats, including within this organization, I say: ‘Don’t be afraid.’” Parly claims a united European defense won’t threaten nato but augment it.

Europe getting its own united military would be a major achievement. As long as Europe is dependent on America for its security, it can’t deviate too much from American policy. But if Europe were to form its own military independent from nato, it could act on its own interests.

This would cause a geopolitical earthquake—for America, Russia, the Middle East and the wider world.

“If Europe unites militarily, the world would have another superpower,” we wrote in our Trends article “Why the Trumpet Watches Europe’s Push Toward a Unified Military.” “Until now Europe has generally followed on with U.S. policy. It has had little choice: America has been its primary source of protection. But a Europe with a united military is a Europe that is both independent of the U.S. and capable of threatening world peace. Is such a Europe possible?”

Europe—especially Germany—is still trying to answer that question. The latest announcement is a step toward the answer.

The EU collectively has the world’s second-largest economy and third-largest population. Vatican City, the religious headquarters of over a billion people worldwide, is in Europe. Through France, the EU has access to nuclear weapons. The EU has a common foreign policy, a common border, a common currency, a common central bank, a common border force and a common space agency. It has all the potential to become a superpower.

If it had a united military, it would be one.

To learn more, please read “Why the Trumpet Watches Europe’s Push Toward a Unified Military.”