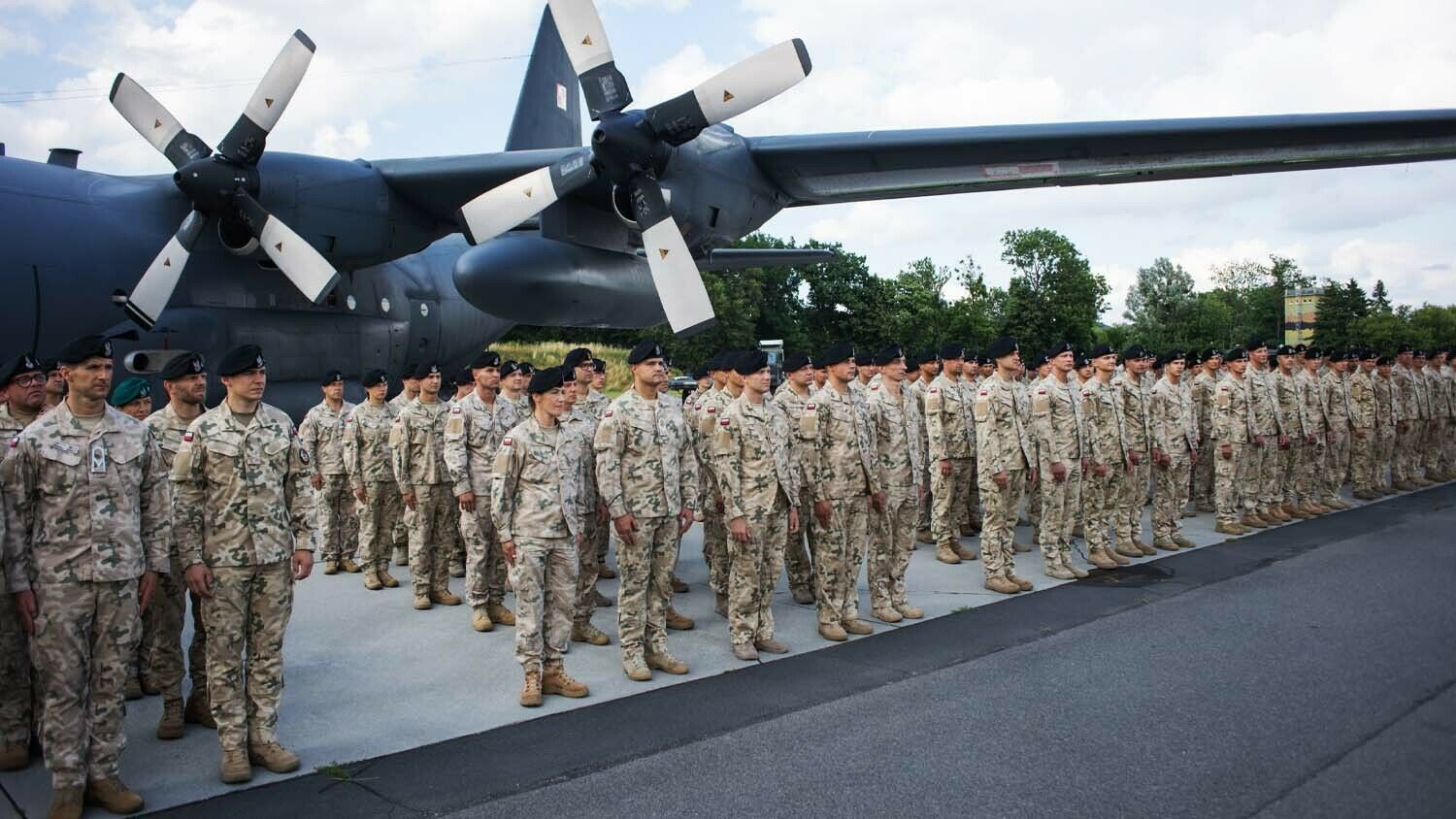 Polish soldiers at the airport in Wroclaw, Poland, on June 30
Krzysztof Zatycki/NurPhoto/Getty Images

Poland aims to more than double the number of people serving in its military, Polish Defense Minister Mariusz Błaszczak announced on October 26. He wants to increase the number of professional soldiers from 110,000 to 250,000—with 50,000 serving in the volunteer territorial defense troops.

Jarosław Kaczyński, the deputy head of government responsible for security issues, said the goal was to “radically strengthen the armed forces.” Kaczyński continued: “If we want to avoid the worst, that is war, we have to act according to the old rule: ‘If you want peace, prepare for war.’”

Following a meeting with German Defense Minister Annegret Kramp-Karrenbauer, Błaszczak said the “main topic” of their discussion was the “challenges associated with aggressive Russian politics.” Fear of Russia is driving Poland into the arms of its old archenemy.

On Aug. 16, 2019, Poland announced its intention to join the European Main Battle Tank project led by Germany and France. Eighty years before, German tanks were used to occupy Poland; now, Poland will use them to protect its borders. And Eastern Europe’s major countries are following its lead. “Poland’s Search for New European Tanks Is Contagious,” Defense News reported after the deal was announced. Fear of Russia is urging Europe to arm itself and act together.

In 2014, shortly after Russia annexed Crimea, Trumpet editor in chief Gerald Flurry warned in “The Crimean Crisis Is Reshaping Europe!”:

Late educator Herbert W. Armstrong often referred to the “fear of Russia” as a trigger for Europe’s unification. As much as Poland may arm itself, it also realizes that without a strong military alliance it will eventually be overrun by Russia. Remarkably, Bible prophecy foretold both Europe’s militarization and unification.

Daniel chapters 2 and 7 and Revelation chapters 13 and 17 describe a European empire made up of 10 nations or groups of nations that will rise in this end time. Revelation 17:12 specifically prophesies of “ten kings, which have received no kingdom as yet; but receive power as kings one hour with the beast.” (The meaning of this prophecy is explained in detail in Who or What Is the Prophetic Beast? by Herbert W. Armstrong.)

Bible prophecy is hastening toward fulfillment. Every day, world events are accelerating. It is easy to let these major events pass without truly understanding them. Our Trend article “Why the Trumpet Watches Europe’s Push Toward a Unified Military” puts Europe’s quest for unification in its true prophetic context. This article becomes increasingly relevant for our day. Also read Mr. Flurry’s most recent article, “Europe Is About to Be Hijacked.”