You would never know it if you read the New York Times or Washington Post. 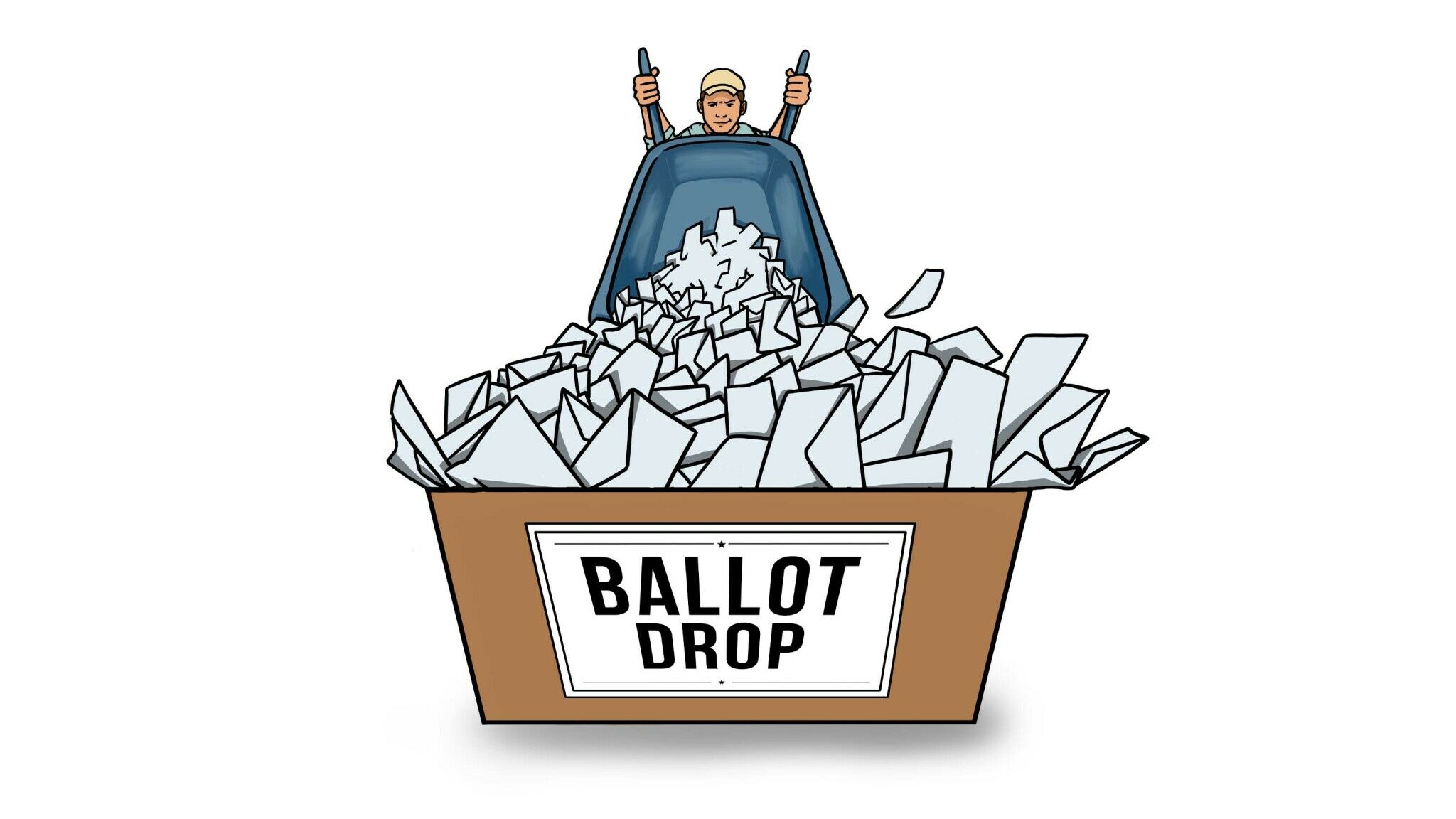 You would never know it if you read the New York Times or Washington Post.

The Arizona State Senate finally released the results of its Maricopa County forensic election audit on September 24, and it exposed tens of thousands of fraudulent ballots. The hand recount of 2.1 million votes was done at Veterans Memorial Coliseum in Phoenix from April 22 to September 24 by four out-of-state companies: Wake Technology Services, CyFIR, Digital Discovery and Cyber Ninjas. Despite repeated lawsuits to stop the audit, denials by local authorities to provide routers and other information, and opposition from voting machine executives refusing to turn over passwords—the audits uncovered systematic fraud. Yet you will never hear about it from the New York Times or Washington Post.

Journalists reported that the audit established “there were no substantial differences between the hand count of the ballots provided and the official canvass results for the county.” But they intentionally ignored evidence showing that Maricopa County was flooded with thousands of illicit ballots. In other words, corrupt officials stuffed ballot boxes with illicit ballots and then counted them accurately!

The Maricopa County Forensic Election Audit may be the most comprehensive election audit ever. More than 1,500 people contributed over 100,000 man-hours to examine Maricopa County’s election results. The official report says this audit “involved reviewing everything from the voter history for the election, to retallying all 2.1 million ballots by hand, to performing forensic photography and review of the ballot paper, to conducting cyber forensic imaging and analysis of the provided voting equipment.”

The Maricopa County tally of ballots cast in the 2020 election found there were 995,665 ballots cast for Donald Trump and 1,040,774 for Joe Biden—a majority of 45,109 votes for Biden. The recount confirmed these results within 0.02 percent, finding 995,404 ballots for Trump and 1,040,873 for Biden. This is why the Hill is reporting, “Arizona Draft Audit Report Shows Biden Lead Widened by 360 Votes.” But what the Hill avoids mentioning is that the hand recount was only part of the Maricopa County audit, and not the part that those who suspect election fraud are focusing on.

There is no way to know whether these ballots ever found their way to their intended recipient’s new address, let alone whether they were cast by that recipient. They could have been filled out by someone ineligible to vote in Maricopa County. In addition, Arizona state law mandates that mail-in ballots “must be mailed to voters by first-class, nonforwardable mail.” So these ballots are not legally valid.

The Maricopa County audit may knock down the first domino in a process that exposes the entire stolen election.

Since Biden only won Arizona by 10,457 votes, these invalid ballots would be enough to change the outcome of the election if slightly more than half of them were for Biden. And they are not the only evidence of fraud uncovered by investigators. Auditors also discovered 282 ballots from dead voters, 10,342 ballots from people who voted in multiple counties, 29,557 duplicate ballots, and 263,139 corrupt ballot images. The audit and canvassing of the county found that a total of nearly 700,000 issues with Maricopa County ballots. Granted, these issues are not mutually exclusive, so there are probably far fewer than 700,000 fraudulent ballots. But former White House trade adviser Dr. Peter Navarro says the Maricopa County Forensic Election Audit has exposed 50,000 fraudulent ballots, which means the number of fraudulent ballots in Maricopa County is nearly five times greater than Biden’s “victory margin.”

It is also important to realize that the Cyber Ninjas auditors never gained access to the passwords for the Dominion voting machines, so the Maricopa County forensic election audit does not comment on voting machine irregularities or digitally altered ballots that may also have been used to steal the election.

The media will not admit fraud, yet supporters of Donald Trump are peppering Gov. Doug Ducey with demands to decertify the Arizona election. Meanwhile, officials in other states are pushing for their own audits.

A hand recount of 145,000 absentee ballots in Fulton County, Georgia, exposed 5,000 ballots that were ineligible but counted anyway. This was not an audit, it did not include in-person ballots or electronic ballots, and it includes only one of Georgia’s 159 counties. Yet even this indicates that Trump may be the legitimate winner of this swing state, since Biden officially won Georgia by fewer than 13,000 votes.

On September 30, the Texas secretary of state’s office announced an audit of three large counties won by Biden, and one large county won by Trump. Officials in Wisconsin have ordered the first subpoenas in an election audit statewide. The former state supreme court justice overseeing the audit visited the Veterans Memorial Coliseum during the Arizona audit and also attended Mike Lindell’s August 10-12 Cyber Symposium on election fraud. Media outlets are already warning that a Wisconsin audit will be even worse than the Arizona audit, which is ironic considering that many of these same outlets characterized the Arizona audit as confirming the Biden victory they desired.

Pennsylvania Republicans have also doubled down on their review of the 2020 presidential election after the Arizona audit. Republicans on a Pennsylvania Senate committee have voted to issue subpoenas for information including personal details about each of the state’s 6.9 million voters. They are now pushing for a full taxpayer-funded election audit conducted by a third-party firm like Arizona did.

On October 12 in Michigan, 100 demonstrators at the State Capitol demanded an election audit there. Biden won the state by 154,188 votes, and Dr. Navarro has already chronicled 195,755 voting machine irregularities. A full-scale forensic audit is desperately needed in several counties.

The audit demands in these states are facing ferocious opposition. Yet polls indicate that 50 million Republicans believe the 2020 presidential election was stolen, and efforts to “stop the steal” are not going away.

At the conclusion of the Cyber Symposium, Virginia State Sen. Amanda Chase announced a new Election Integrity Caucus to expose voter fraud across America by calling for a forensic audit in each and every state. “I am one of the founding members of the newly formed Election Integrity Caucus that consists of legislators from all 50 states,” Arizona State Sen. Wendy Rogers said. “It reminds me of the Continental Congress. We will meet regularly and we will talk regularly to implement the securing [of] our elections.”

Considering that just three years ago even House Speaker Nancy Pelosi expressed support for post-election audits in response to a plethora of vulnerabilities in U.S. election infrastructure, you would think that legislators on both sides of the political aisle would be eager to join this Election Integrity Caucus.

At this point, it is practically an open secret that radical Democrats stole the 2020 election from President Donald Trump. In his article “What Will Happen After Trump Regains Power,” Trumpet editor in chief Gerald Flurry asserted that President Trump was the legitimate winner of the 2020 election. He also explained that the Bible prophesies that Trump will return to power, but “the indication is that regaining office may take considerable work. Donald Trump will have to fight for it. It doesn’t have to be military action, but it certainly could. President Trump could also lead some states to secede from the union. That would lead to some kind of warfare” (Trumpet, July 2021).

Mr. Flurry has written consistently since 2016 that President Trump is an end-time type of ancient Israel’s King Jeroboam ii. God used President Trump to temporarily save America from the radical-leftist forces seeking to destroy it. But now he will have to fight to recover the office stolen from him. It has taken months to complete, but the Maricopa County audit may knock down the first domino in a process that exposes the entire stolen election.

With millions of illegal immigrants pouring into the country, the U.S. fleeing Afghanistan in shame, pandemic lockdown and vaccination pressure increasing, and supply chain crises plaguing the economy, a poll conducted by Zogby Analytics found that 20 percent of Biden voters want to take back their vote. Sentiment against Joe Biden and his false presidency remains strong.

One way or another, the Bible shows that President Trump will return to office. Keep watching the Election Integrity Caucus and the audits popping up across the nation in state after state for the shocking results.