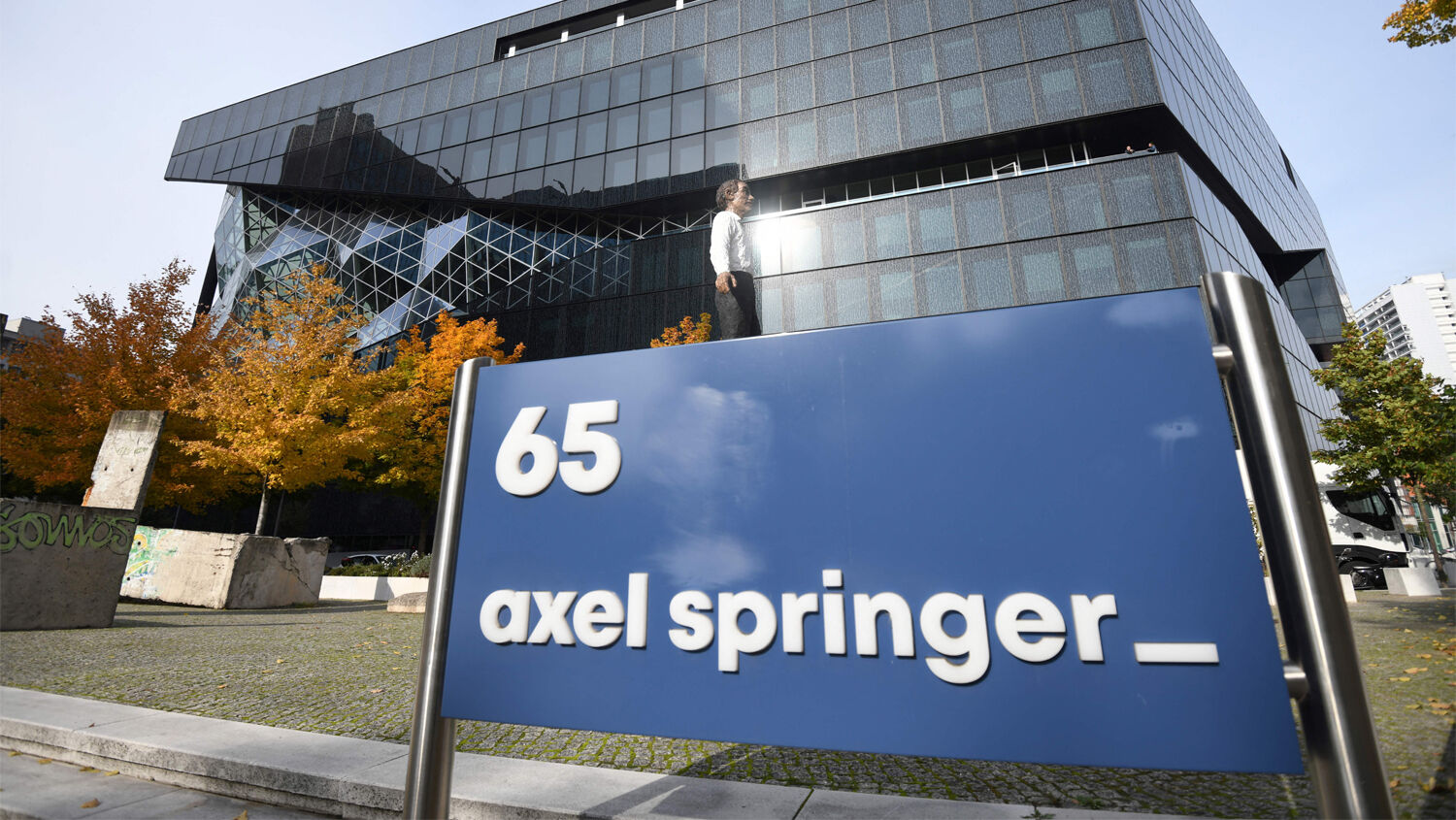 The influence Germany has over U.S. media outlets should not be underestimated.

German media is largely controlled by two companies: Axel Springer on the conservative side and Bertelsmann on the neo-liberal side. The New York Times called Axel Springer “a titan of German media since after World War ii.” Springer’s main German outlets are Bild and Die Welt. But its stronghold in Germany is evidently not enough. As the New York Times wrote, “The company is now focusing much of its energy on the United States.”

Mathias Döpfner, ceo of Axel Springer, told the Wall Street Journal that his company is “step by step developing the U.S. into our most important market and engine of growth for digital publishing.”

Robert L. Allbritton, founder and publisher of Politico, said: “Today marks the dawn of a new era of opportunity for everyone connected to Politico. Axel Springer is the perfect owner to take our publications to the next level as we build on our excellence in Washington and Brussels and enter new markets and territories.”

Axel Springer “aims to create the leading digital media publisher in the democratic world,” according to its website. The Financial Times commented:

Since a 2014 joint venture with Politico that created Politico Europe, Springer has sought to expand within the U.S., buying newsletter business Morning Brew last year and Business Insider in 2015, while pursuing other targets including Axios.

This week’s deal is unlikely to be Springer’s last, according to people familiar with the company who say it will seek to press further into English-language markets or take Politico’s scoop-fueled, insider style into more countries and languages. …

Springer’s lofty global ambitions partly stem from defeat in a 2015 takeover battle for the Financial Times. After losing out to a last-minute bid from Japanese publisher Nikkei, chief executive Mathias Döpfner set up a venture capital arm to make bets on digital media start-ups based particularly in the U.S., taking minority stakes in companies including Thrillist and NowThis.

So what influence will Axel Springer have on the news we read?

Döpfner told the Wall Street Journal that he expects Politico staffers to follow the guidelines outlined by Axel Springer. These guidelines include support for a united Europe, Israel’s right to exist, and a free-market economy. The U.S. employees, however, won’t be required to sign a written commitment like those in Germany have to.

These guidelines should not be taken lightly.

For years, the Trumpet has warned of an emerging, German-dominated European superpower. Our Trends article “Why the Trumpet Watches Europe’s Ongoing Unification Project” warns in detail, based on Bible prophecy, why the political and military developments in Europe are most concerning.

With this background in mind, isn’t it concerning that a German media company seeks to use its influence to suppress negative comments about Europe’s unification project? Today, Germany and America are trans-Atlantic partners, but will this be the case in two or three years’ time? If not, Germany’s media influence would be a serious issue for the United States.

We must not merely look at Europe in its current state. It must be studied in its historical context. And we ought to consider Europe’s potential. The EU is home to over half a billion people—nearly 10 percent of the global population. Its economy is twice the size of China’s and much larger than America’s. One fifth of all the world’s economic activity happens in the EU. European nations have 1.5 million personnel in their armed forces. And Europe is led by one of the world’s strongest, healthiest and most popular countries: Germany.

A unified Europe would indeed be a force to reckon with and that’s also exactly what the late Herbert W. Armstrong warned about those when he wrote in 1984 that a massive banking crisis in America “could suddenly result in triggering European nations to unite as a new world power, larger than either the Soviet Union or the U.S.” (co-worker letter, July 22, 1984).

Revelation 17 reveals that Europe is about to be ruled by 10 dictators, unified under the leadership of an overarching strongman. “And the ten horns which thou sawest are ten kings, which have received no kingdom as yet; but receive power as kings one hour with the beast. These have one mind, and shall give their power and strength unto the beast” (verses 12-13).

In 1963, Mr. Armstrong wrote: “There will not, then, be ‘the six’ as at present in the Common Market. But 10 dictators, receiving power ‘as kings’—yet not being kings in the sense of inheriting thrones as continuous dynasties—will give their military and economic power to this coming strongman political leader, called the beast in prophecy.”

This unified empire will suddenly turn against America, Britain and the Jewish nation in the Middle East called Israel. It is therefore not surprising that while Germany’s media pushes for the support of a unified Europe, it also presents itself as a friend of Israel and the English-speaking people. Some of these efforts might indeed be sincere, but the Bible reveals that the betrayal will come suddenly.

For those who have followed the Trumpet’s warning for years, Axel Springer’s growing influence should be alarming. But even history itself should be a warning that one cannot trust Germany’s propaganda machine. To those who say, Give Germany a break, the Bible thunders a chilling prophecy of coming nuclear war. It is time to be alert and watch what is happening all around us. “Why the Trumpet Watches Europe’s Ongoing Unification Project” will help you get started. Also read Germany and the Holy Roman Empire for a detailed explanation of the Trumpet’s Bible-based warning.