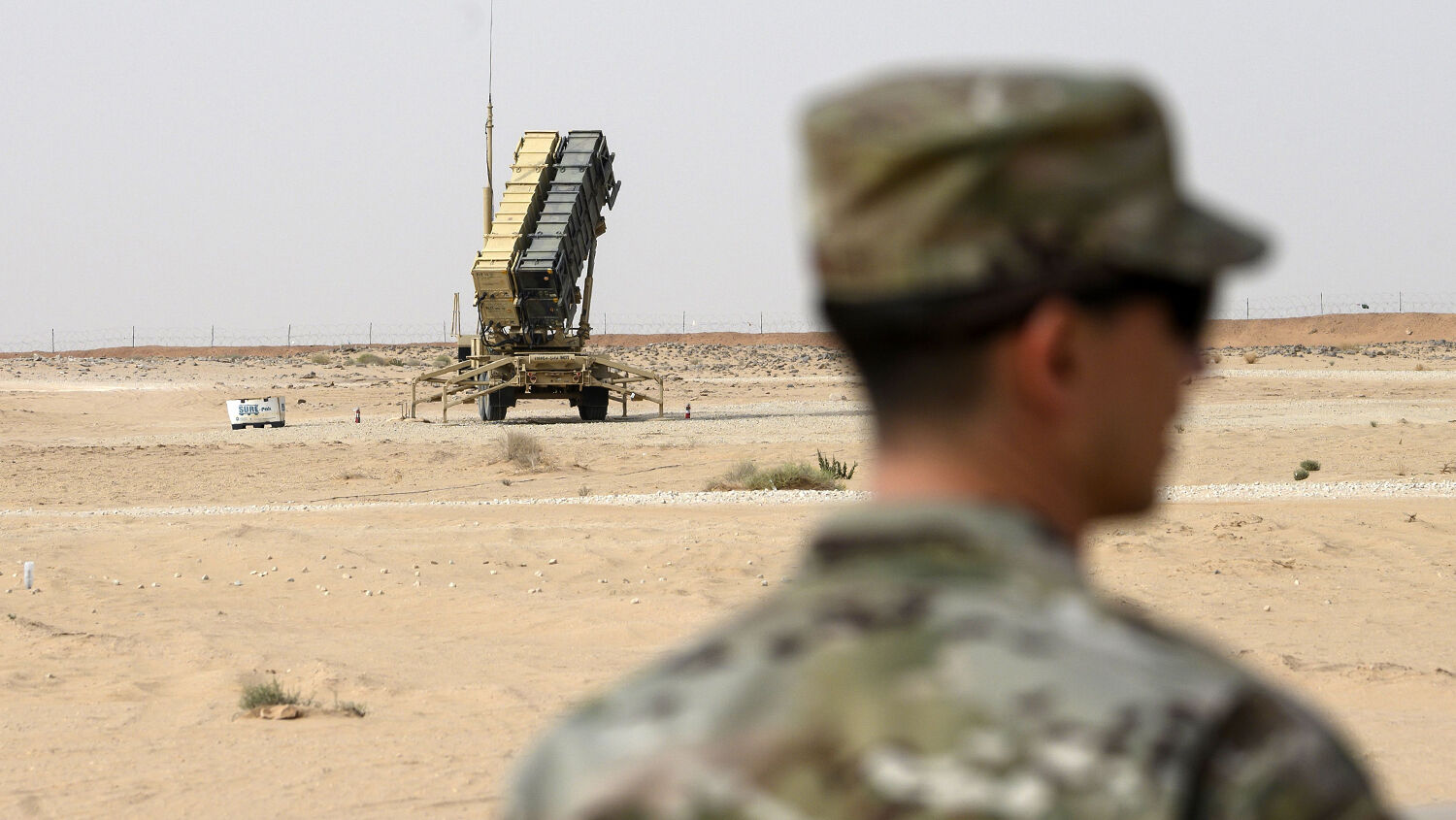 After the Afghanistan disaster, the United States strikes another blow to its own reliability.

The Biden administration has finished its withdrawal of anti-missile defense batteries from Saudi Arabia, a powerful symbol of America’s abandonment of its allies. Satellite images taken on September 10, show the removal of all Patriot and thaad defense systems from the Prince Sultan Air Base outside of Riyadh. This withdrawal comes as Houthi rebels in Yemen and Shiite militias in Iraq continue their drone and missile attacks.

These are a few of the drone and missile attacks that were leveled at Saudi Arabia this year.

The recent withdrawal has raised concerns among U.S. allies and experts. “I think we need to be reassured about American commitment,” said the Saudi’s former intelligence chief in a cnbc interview published September 9. “That looks like, for example, not withdrawing Patriot missiles from Saudi Arabia at a time when Saudi Arabia is the victim of missile attacks and drone attacks—not just from Yemen, but from Iran.”

“Perceptions matter,” Kristian Ulrichsen, a research fellow at the James A. Baker iii Institute for Public Policy at Rice University said. “Whether or not they’re rooted in a cold, cold reality. And the perception is very clear that the U.S. is not as committed to the Gulf as it used to be in the views of many people in decision-making authority in the region.”

“There is no obvious explanation for this decision,” wrote analyst George Friedman concerning the Biden administration’s decision to pull air defenses out of the Middle East. “More important, it raises questions in the Arab world about U.S. commitment. … Normally such moves are slow, limited and designed to calm allies. This one is none of those.”

What is the reason for this unexplainable withdrawal? What benefit can it be to the U.S. or its allies? There is one nation that stands to benefit: Iran.

All the drones and missiles fired at Saudi Arabia have come from Iran. The one’s firing these weapons, the Houthis and militias, are proxies of Iran. According to Iranian Maj. Gen. Gholam Ali Rashid, former Islamic Revolutionary Guard Corps Cmdr. Qassem Suleimani said, “I have assembled for you six armies outside of Iran’s territory.” One of those armies is “in Iraq, and is called the pmu [Popular Mobilization Units], and another army is in Yemen, and is called Ansar Allah [the Houthis].”

By withdrawing the anti-missile batteries, Biden is making Saudi Arabia more vulnerable to Iranian attacks through its proxy “armies.”

United States President Donald Trump had an “America first” policy. It would seem that the Biden administration has an “Iran first” policy. To understand Joe Biden’s actions, we have to look at the man he served under for eight years: Barack Obama.

More than anyone else, Obama worked to strengthen Iran. Trumpet editor in chief Gerald Flurry explained in his article “This isn’t Incompetence. This is Treason!” that Barack Obama “empowered the most extreme elements within the world’s number one terrorist nation, Iran. He turned his back on the people of Iran who rose up in protest against their tyrannical leaders. And as the regime withered under economic sanctions, Obama threw it a lifeline: He authored the disastrous nuclear deal that gave the mullahs millions in cash and a clear path to build nuclear weapons!”

While Obama propped up and strengthened the Iranian regime, he weakened American allies. A trend Biden has continued.

In fact, Joe Biden said on the campaign trail that Saudi Arabia (not Iran) would need to “pay the price” for their human rights abuses, and that he would “make them … the pariah that they are.” After occupying the White House, he rapidly removed the Houthis’ designation as a terrorist group. Right after that, he announced the end of U.S. support for the Saudi’s campaign against the Houthis.

Biden’s naked and shameful empowerment of Iran was also on display in Afghanistan.

America abandoned the Bagram Air Base, hastily, in the middle of the night. Bagram was a major resource for America. It gave the U.S. an air base on Iran’s eastern border from which it could keep Iran in check. Days after the U.S. abandoned Bagram, the Taliban had overrun Afghanistan and captured over $85 billion worth of U.S. military equipment. Some of that equipment has now found its way into Iran.

On Iran’s Western border, Biden has set the U.S. to withdraw all combat troops from Iraq by the end of the year. Even while the U.S. has been in Iraq, Iranian-backed Shiite militias have operated freely thanks to the protection of the Iraqi government. Since 2019, U.S. interests have suffered over 300 attacks by these militias.

Besides pulling anti-missile batteries out of Saudi Arabia, the Biden administration also removed batteries from Iraq, Kuwait and Jordan, and slashed the number of American jet fighter squadrons in the Middle East.

To any rational mind, this empowerment of Iran at the expense of America and its allies doesn’t make sense. But Mr. Flurry has explained the real force behind the actions of Barack Obama and Joe Biden. Mr. Flurry writes in his booklet America Under Attack: “Many people can see that these are disastrous decisions. But we must understand that this isn’t simply the result of ineptitude on the part of this administration, or naivety about how the world really works. We are seeing the aftereffects of a calculated, aggressive, satanic attack aimed at weakening and ultimately destroying the nations of Israel, starting with the world’s most powerful nation!”

“The real mastermind is not even Barack Obama—it is Satan the devil! He intensely hates America, to which God gave the birthright blessings promised to the descendants of ancient Israel,” he wrote in “This isn’t Incompetence. This is Treason!” “So he is passionately attacking America.”

There is a reason why God is cursing America by allowing Satan to bring it down. God has given America incomparable blessings, and He wants to continue to bless us. But He cannot do so while we live in rebellion against Him. He is correcting us—as a father who loves his children! (e.g. Proverbs 3:11-12).

That correction is going to lead to a time of unimaginable peace and prosperity, not just for America, but the entire world.

To learn more, please read America Under Attack and The United States and Britain in Prophecy.