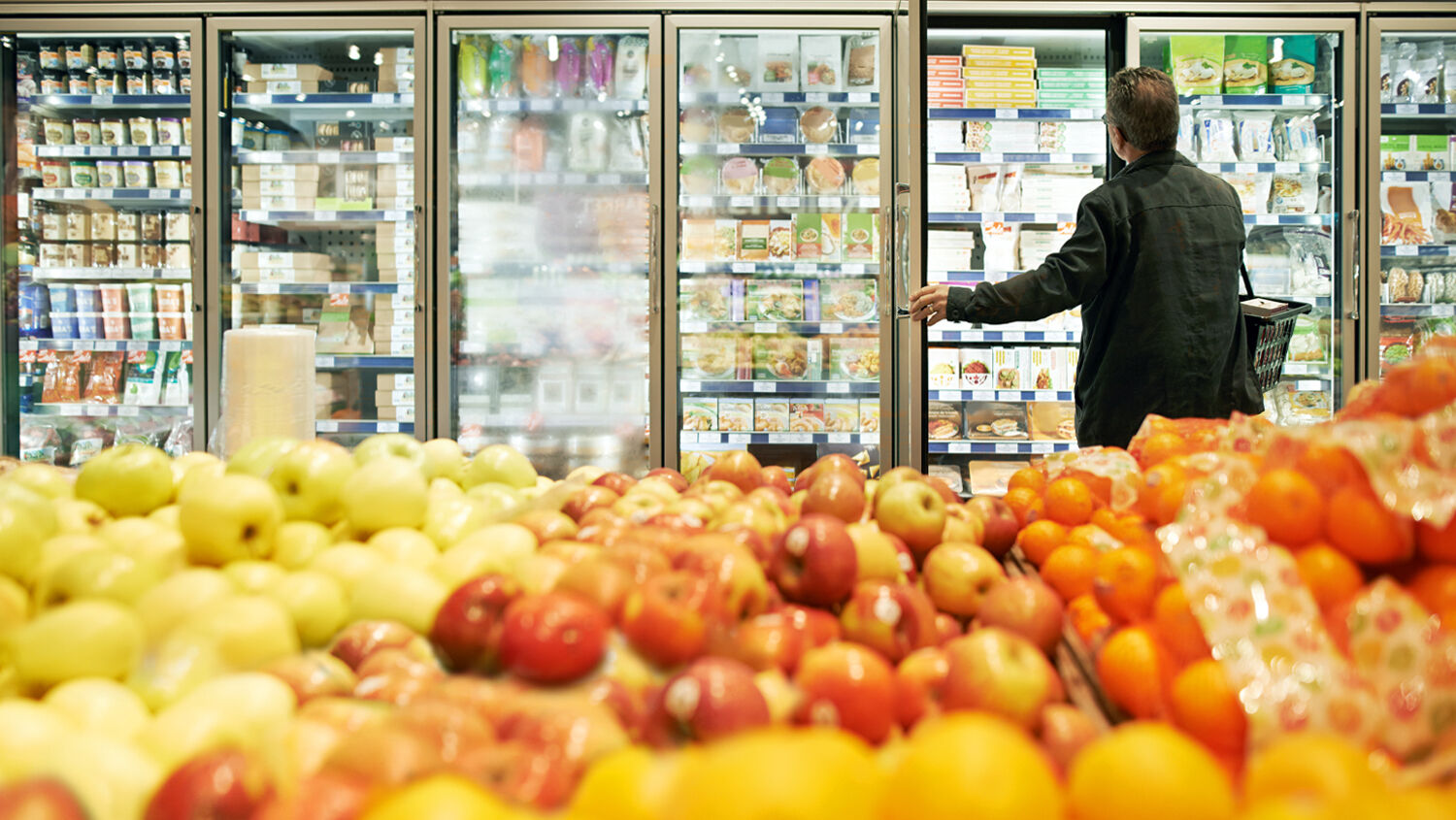 Farmers are dumping milk, smashing eggs, and plowing under vegetables due to global shortages of truck drivers, airplane pilots and ship captains.

An increasing number of Americans can no longer afford their groceries as inflation, extreme weather, and supply-chain problems drive up food prices. The personal consumption expenditures price gauge that the Federal Reserve uses to track inflation has risen 4.3 percent from a year ago, meaning that the dollars in your wallet can only buy 96 percent of what they bought 12 months ago. That is the highest inflation rate since 1991, and the situation is worse when it comes to foodstuffs. The price of beef, poultry, fish and eggs is up almost 6 percent over last year’s prices and up nearly 16 percent from pre-pandemic prices. Sysco, one of the nation’s biggest food distributors, reports overall food inflation of more than 10 percent on its most recent quarterly report.

This means many families are cutting meat and milk from their diet in favor of less expensive proteins like beans, and many other families are turning to food banks for help.

Food banks across America are on pace to distribute 6.5 billion meals to 42 million people this year. That is 20 percent more than the 35 million people who turned to food banks the year before the pandemic. Yet the cost of food continues to rise. “We’re finding that truckloads of food are going up by thousands of dollars,” said Care & Share Food Bank ceo Lynne Telford. “Even when food is donated, we pay for the transportation. So everything is getting more expensive.”

Food prices are rising at twice the inflation rate because widespread drought is killing both cattle and crops, while pervasive supply-chain disruptions are creating food shortages in many areas. Several industry groups are warning world leaders of a supply-chain collapse due to pandemic restrictions.

The International Air Transport Association, the International Road Transport Union and the International Transport Workers’ Federation represent 65 million workers. These organizations sent a letter to the United Nations General Assembly imploring leaders to restore freedom of movement to transportation workers under lockdown. “All transport sectors are also seeing a shortage of workers and expect more to leave as a result of the poor treatment millions have faced during the pandemic, putting supply chain under greater threat,” the letter stated. “We also ask that [the World Health Organization] and [the International Labor Organization] raise this at the UN General Assembly and call on heads of government to take meaningful and swift action to resolve this crisis now.”

This letter reveals that America’s soaring grocery prices are essentially a self-inflicted wound. There is not much the Biden administration can do about drought, but the value of the U.S. dollar is inflating because the Federal Reserve has put more than 5 trillion new dollars into circulation the past two years. And store shelves are turning up empty because government quarantine policies have created a shortage of workers available to move food to where it is needed.

Two centuries ago, 90 percent of Americans lived on farms, so supply chains were less critical than they are now. People ate what their family produced and maybe supplemented it with some special treats imported from another region. But today, only about 1 percent of Americans live on farms, so supply chains are vital for survival. The collapse of global supply chains will create famine-like conditions in cities by cutting them off from regions where food is produced. The covid-19 lockdowns have already shown us just how quickly food can vanish from shelves when semitrucks are parked, cargo planes are grounded, and container ships are backlogged.

World leaders may ease this crisis by listening to transportation workers and restoring freedom of movement, but ultimately, the Bible prophesies a worldwide supply-chain collapse is coming.

“Prophecy indicates that the German-led European Union will soon join forces with Russia, China and Japan to shut the U.S. out of more and more markets (see Isaiah 23),” Trumpet editor in chief Gerald Flurry writes in Ezekiel—The End-Time Prophet. “As the U.S. and Britain become less and less competitive worldwide, unemployment will steadily increase. The fact that the U.S. and Britain have lost control of the world’s most strategic sea gates—like Panama, Gibraltar, Suez and Singapore—will make it much easier for foreign powers to choke off these nations’ supply lines. God prophesied in Deuteronomy 28:52 that the nations of end-time Israel would lose these sea gates if they turned away from Him!”

In other words, the supply-line problems that the world is experiencing because of covid-19 lockdowns will be significantly exacerbated in America when foreign nations start deliberately targeting the U.S. out of spite. A trade siege as debilitating as the one described in Deuteronomy 28:52 would cause the price of food to spike higher than it ever has in American history, leaving millions of people without access to meat, milk, fruits or vegetables. This acute food shortage will, in turn, fuel discontent, rage, rioting, looting and warfare in cities across the United States.

A prophecy in Ezekiel 5:12 reveals that one third of the population of America will die from famine and violence caused by civil war. “The pestilence, or plague of violence, will cause many health problems that lead to famine,” Mr. Flurry continues in Ezekiel—The End-Time Prophet. “Sewage disposal will be disrupted. Gas lines will be broken. Jobs will be lost. Society will unravel, and the collective panic will bring a stock market disaster! It will get so bad that violence and famine will take millions of lives! … The worse the violence and burning become, the worse the famine will get. The worse the famine becomes, the more intense the violence will get. It becomes a vicious cycle.”

Now is the time to set your financial house in order and make sure your relationship with God is right.

God promises to send these curses because the American and British people have changed His judgments into wickedness and sinned against His statutes more than the countries around them (verse 6). But God also reveals how individuals can be protected from this disaster.

Ezekiel 33:10-11 state, “Therefore, O thou son of man, speak unto the house of Israel; Thus ye speak, saying, If our transgressions and our sins be upon us, and we pine away in them, how should we then live? Say unto them, As I live, saith the Lord God, I have no pleasure in the death of the wicked; but that the wicked turn from his way and live: turn ye, turn ye from your evil ways; for why will ye die, O house of Israel?” There is only one way that God will protect us. Our people must turn from our evil ways.