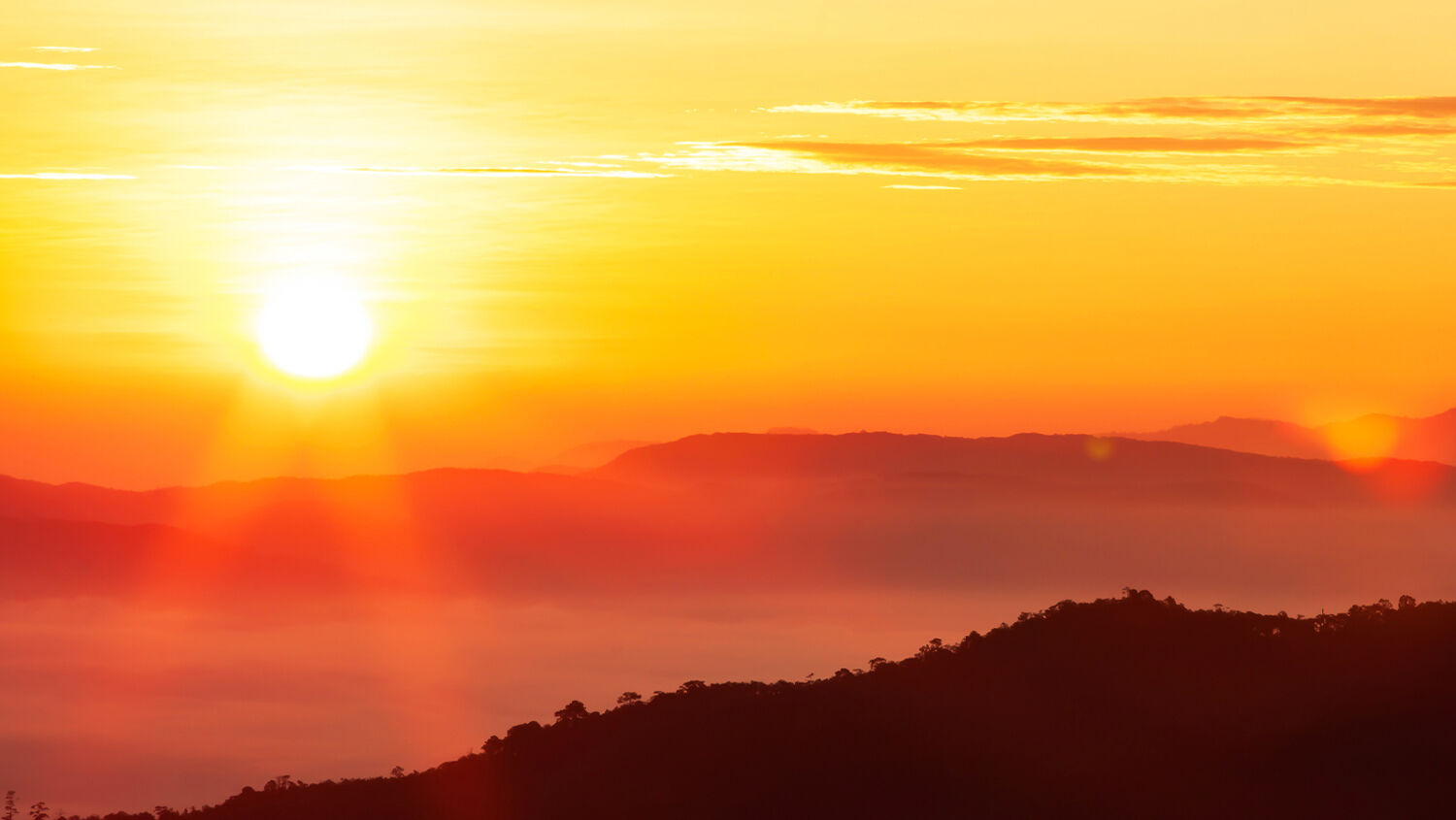 Bad news has been coming in a flood in recent weeks. We need to recognize that all this news points to an INCREDIBLE HOPE Today is the first day of the seventh month on the sacred calendar. It is sanctified as “a sabbath, a memorial of blowing of trumpets, an holy convocation” (Leviticus 23:24).

This holy day, which God gave to His people over 3,000 years ago, was actually a PROPHECY. The trumpets blown on that day pointed to the trumpets blown in the book of Revelation, signaling the final, climactic events in the age of man! (Read Revelation 8.)

Not many people still observe the holy days God commands in Leviticus 23. They believe they are no longer relevant. But the truth is, these holy days have never been more relevant.

Events in the world today show that we are drawing extremely close to the time when the events pictured by the day of Trumpets, which we are observing and celebrating today, will be fulfilled!

The day of Trumpets represents unimaginable calamity. But the most important event it pictures occurs at the “last trump”—the signal for the greatest event in history: THE SECOND COMING OF JESUS CHRIST! (Revelation 11:15; 1 Corinthians 15:52; Matthew 24:30-31).

Many people love to discuss Bible prophecy today. But there is a missing dimension in those public discussions. There is a critical lack in their understanding.

The underlying thrust of all Bible prophecy is positive: IT’S ABOUT THE RETURN OF CHRIST!

It is true that there are some very dark prophecies that precede Christ’s return. But even those prophecies contain God’s hope and love, though men refuse to understand.

When God first created human beings, He said, “Let us make man in our image, after our likeness …” (Genesis 1:26). Today we are in God’s “likeness”—we look like God does. We are not yet in God’s “image”—or character. The dark prophecies are designed by God to teach us that we must have God’s character. Man is dangerously incomplete. To understand that, all we have to do is observe what is happening in the world.

God tried to get Adam and Eve to eat from the tree of life—God’s way of give, or love. They refused and ate from the tree of the knowledge of good and evil—the way of get (Genesis 3). Man wanted his own education, government and religion—a mixture of good and evil. Mankind—like Adam and Eve—has refused to receive God’s direction in these areas. That rebellion has produced the evil world in which we live. That is why man is facing so many black prophecies.

God led the people of Israel—the only nation on Earth to ever be led by God. But Israel also rebelled. Israel went into captivity and became lost because of the people’s sin.

When Jesus Christ came to Earth, mankind killed Him—the Son of God. Christ’s sacrifice was the greatest act of love ever seen on this planet! He fulfilled a black prophecy because of our evil! The Jewish state was later destroyed by the Romans just as Christ prophesied and tried to prevent. But men would not heed His message.

We are all guilty of killing Christ. Our sins killed Him. He had to die to pay for those sins. If Christ came to any city or state today, He would again be brutally rejected—regardless of what religious people think. That is what Bible prophecy reveals.

Something is terribly wrong with man. But mankind refuses to understand.

God sent an end-time type of the Elijah, Herbert W. Armstrong, to restore all things (Matthew 17:10-11). He proclaimed “all things” to this world for 50 years. But most people rejected the message. Today we proclaim the same message. Generally, men and women reject it.

Even God’s own Church has rejected much of that message (Revelation 3:14-20). That fact alone ought to teach us how deep the evil in human nature is!

Michio Kaku wrote a book titled Visions: How Science Will Revolutionize the 21st Century. It is mind-staggering to consider his vision. He believes we are about to move from the age of discovery to an age of mastery—from being “passive observers of nature to being active choreographers of nature.” He believes we are about to reshape our civilization.

He says we will one day have interplanetary travel. That is going to happen, but not the way he thinks! When it happens, man will no longer be flesh and blood.

Man was created with the potential to rule the universe. There must be interplanetary travel!

This author discussed mastery of nature. But unless man masters himself first, WE HAVE NO FUTURE!

God’s greatest challenge to man is to master himself! Mankind has not yet accepted that challenge. Until he does, there are going to be dark prophecies!

Edward R. Murrow was probably America’s greatest news journalist ever. He tried to get the press to cover more serious subjects and not make the news media a vast wasteland. He believed it was essential for the future of Britain and America. But he finally admitted that the press wouldn’t listen to him or anybody else!

This is the problem of all mankind, and that attitude is why we face the black prophecies. WE BRING THEM UPON OURSELVES AND THEN OFTEN BLAME GOD!

People love to discuss Bible prophecy, but THEY REJECT GOD’S VIEW OF HIS OWN PROPHECIES! That is the missing dimension in Bible prophecy.

All the black prophecies could be changed immediately if we heeded God’s message. God allows the evil to continue until we repent. Then man can fulfill his potential in the God Family forever!

The Apostle Luke recorded Christ’s prophecy of a terrifying time, just ahead of us, when we would see “[m]en’s hearts failing them for fear … for the powers of heaven shall be shaken.” But notice the very next verse: “And then shall they see the Son of man [JESUS CHRIST] COMING IN A CLOUD WITH POWER AND GREAT GLORY” (Luke 21:26-27).

That is the marvelous hope that this day, the day of Trumpets, pictures! This provides unparalleled encouragement, even in such dark times. That is why Christ commanded in verse 28: “And when these things begin to come to pass, then look up, and LIFT UP YOUR HEADS; for YOUR REDEMPTION DRAWETH NIGH.”

What a hope-filled future awaits!

If you would like to know more about this holy day, you can read our article “What Is the Feast of Trumpets?” on theTrumpet.com’s companion website, www.pcg.church.