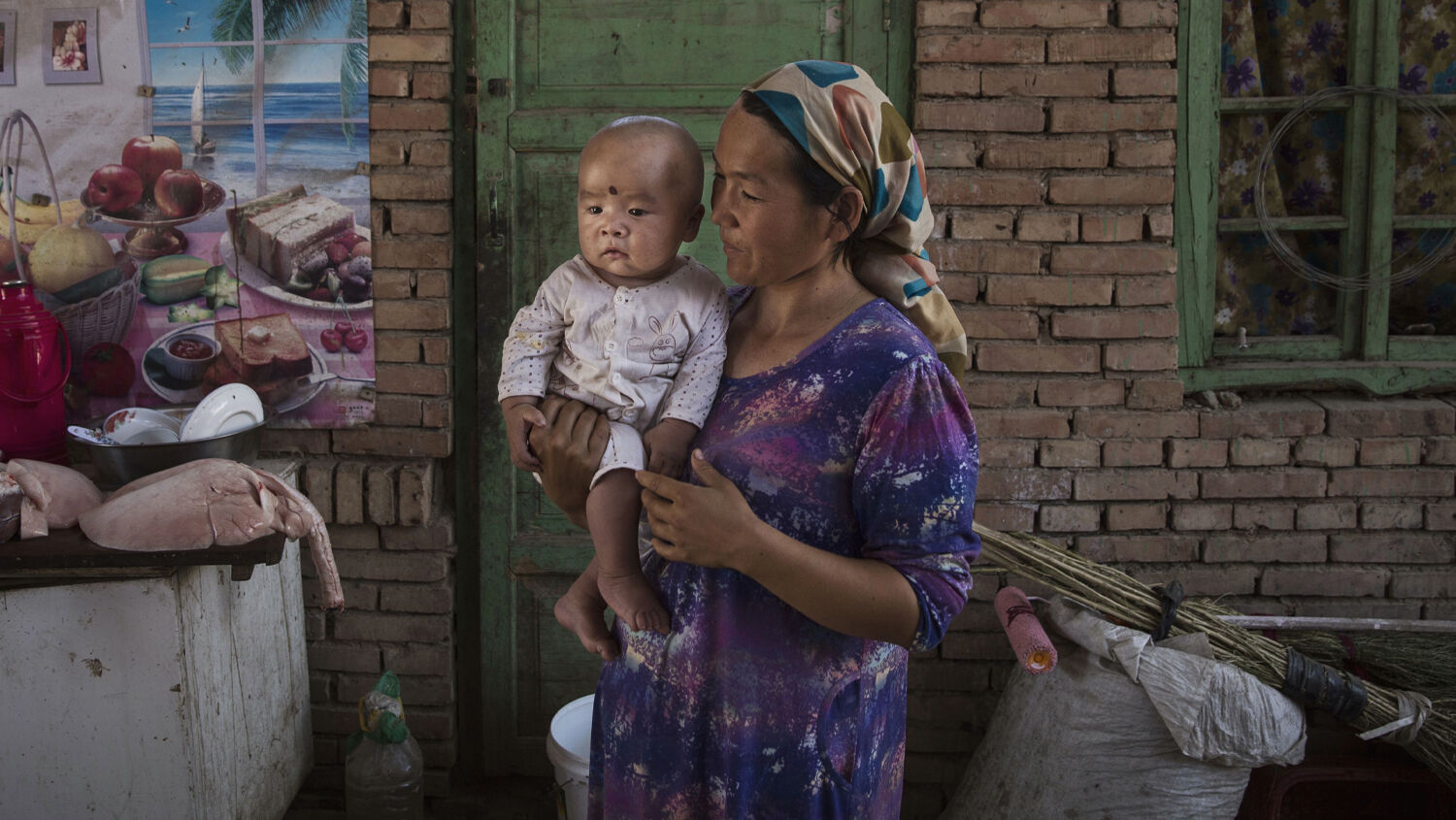 A Uyghur woman holds a child in her home as they prepare food during the Corban Festival on September 12, 2016 in Turpan County, in the far western Xinjiang province, China.
Kevin Frayer/Getty Images

‘This is a very sad reality that all of us need to wake up to.’

China is intentionally reducing its population of Uyghur Muslims in a way that meets the criteria to be considered genocide, according to a report published on August 24 in Central Asian Survey.

Adrian Zens, lead author of the report, released a bombshell paper in 2020 proving that Chinese Communist Party members are reducing the population of Uyghurs by forcing women of childbearing age to take unknown drugs and injections, undergo implantation of intrauterine contraceptive devices, or submit to surgical sterilization. This is a central part of China’s mass internment campaign in Xinjiang, which has targeted almost 2 million Uyghurs and other Muslim minorities since 2017.

Zens’s new report builds on last year’s paper by analyzing troves of Chinese government documents as well as articles by leading academics in Xinjiang. Throughout these documents, he finds a prevailing narrative exposing the regime’s desire to, in its own words, “optimize Xinjiang’s ethnic population structure.” This “optimization” means slashing the number of Uyghur births in order to produce a regional population that is less religious and easier to absorb into China’s dominant Han population.

Zens says this goal comes directly from the top of the government, with the regime in Beijing “attaching great importance to the problem of Xinjiang’s population structure and population security.”

The new report also brings data together to provide a view of what the big-picture results of China’s policies in Xinjiang have been so far. Among the most disturbing findings is that in 2018, residents of the region underwent 243 sterilizations per 100,000 people. The enormity of this rate becomes clear when it is compared to the figure for the rest of China: only 33 per 100,000.

His team also found that by 2019, some 80 percent of women of childbearing age in southern Xinjiang had been forced to submit to “birth control measures with long-term effectiveness, including the placement of intrauterine devices or sterilization.”

The report shows that between 2015 and 2018, population growth rates plummeted by 84 percent in the two largest Uyghur prefectures. Population growth is slowing throughout China, but in Han-majority counties it declined by only 19.7 percent.

Zens argues that this long-term strategy is profoundly altering the demographics of Xinjiang. And if China’s war on Uyghurs continues, it will prevent up to 4.5 million births over the next two decades. “A smaller ethnic minority population will also be easier to police, control and assimilate,” he writes.

The 1948 United Nations Convention on the Prevention and Punishment of the Crime of Genocide defined genocide as including “imposing measures intended to prevent births within the group” if they are “committed with intent to destroy, in whole or in part, a national, ethnical, racial or religious group, as such.”

The Communist Party’s forced sterilizations aiming to “optimize” Xinjiang’s population are designed to reduce the number of Uyghurs and thereby destroy part of this ethnic group. Clearly, China is committing slow-motion genocide.

Zens told Newsweek that it would be “highly appropriate” for the United States and other signatories to the 1948 genocide convention to boycott the 2022 Olympics in Beijing. “But this is not enough,” he said. The countries “have a treaty obligation to prevent genocide,” which means “they need to enact further and coordinated measures.”

He added: “This is a very sad reality that all of us need to wake up to.”

The genocide underway in Xinjiang shows that the Chinese Communist Party will stop at nothing to continue amassing might, neutralizing opposition, and making its power absolute. And Zens is correct that it constitutes a reality that the world needs to wake up to. This reality points to a shift into a new global era.

During His ministry on Earth, Jesus Christ spoke of this new era, making clear that it would begin shortly before His return. Luke 21:24 records Him calling it “the times of the Gentiles.” In the February 2020 Trumpet, editor in chief Gerald Flurry wrote, “These ‘times of the Gentiles’ are yet to be fully realized. However, we are in the outer edges of this catastrophic storm.”

The term Gentile basically means “the nations,” meaning peoples other than the Israelites, who descended from Abraham, Isaac and Jacob. Modern “Israelites” include the Jewish nation named Israel, but also the U.S., Britain and others, which you can prove by reading our free book The United States and Britain in Prophecy, by Herbert W. Armstrong.

For decades, American and British leadership was an imperfect but stabilizing force for civilization because of their biblically influenced beliefs in the God-given rights of individuals, the rule of law, and the injustice of government tyranny. Yet these nations refused to turn to God, losing what moral authority they had and the power to implement it.

During “the times of the Gentiles,” the rule of law and limitations on government power will vanish. Genocidal dictators and their enforcers will come to power in two main groups of non-Israelite nations. “While there are many Gentile nations around today,” Mr. Flurry wrote, “when this prophecy is completely fulfilled there will be two major powers—one revolving around Russia and China, and the other around Germany.”

This means the genocidal horrors now happening under the Chinese Communist Party in Xinjiang are only the start. As we watch the Chinese grow increasingly brutal in Xinjiang, as well as in locations such as Tibet and Hong Kong, we see a preview of just how tumultuous the times of the Gentiles will be. As Mr. Flurry wrote, we are now only in the “outer edges” of this new era. But soon these times will be fully realized and the kind of barbarity that is now happening in remote parts of China will occur worldwide. It will surely be a “catastrophic storm.”

In His forecast about the dark days ahead, Christ said “men’s hearts” will be “failing them for fear” (Luke 21:26). But in the next verse, Christ promises that the clouds will break and give way to a stunning radiance: “And then shall they see the Son of man coming in a cloud with power and great glory” (verse 27). These vicious times of the Gentiles, the outer edges of which we are already in, will come to an abrupt end with His return.

To understand the Bible’s many illuminating prophecies about China, order your free copy of Russia and China in Prophecy.