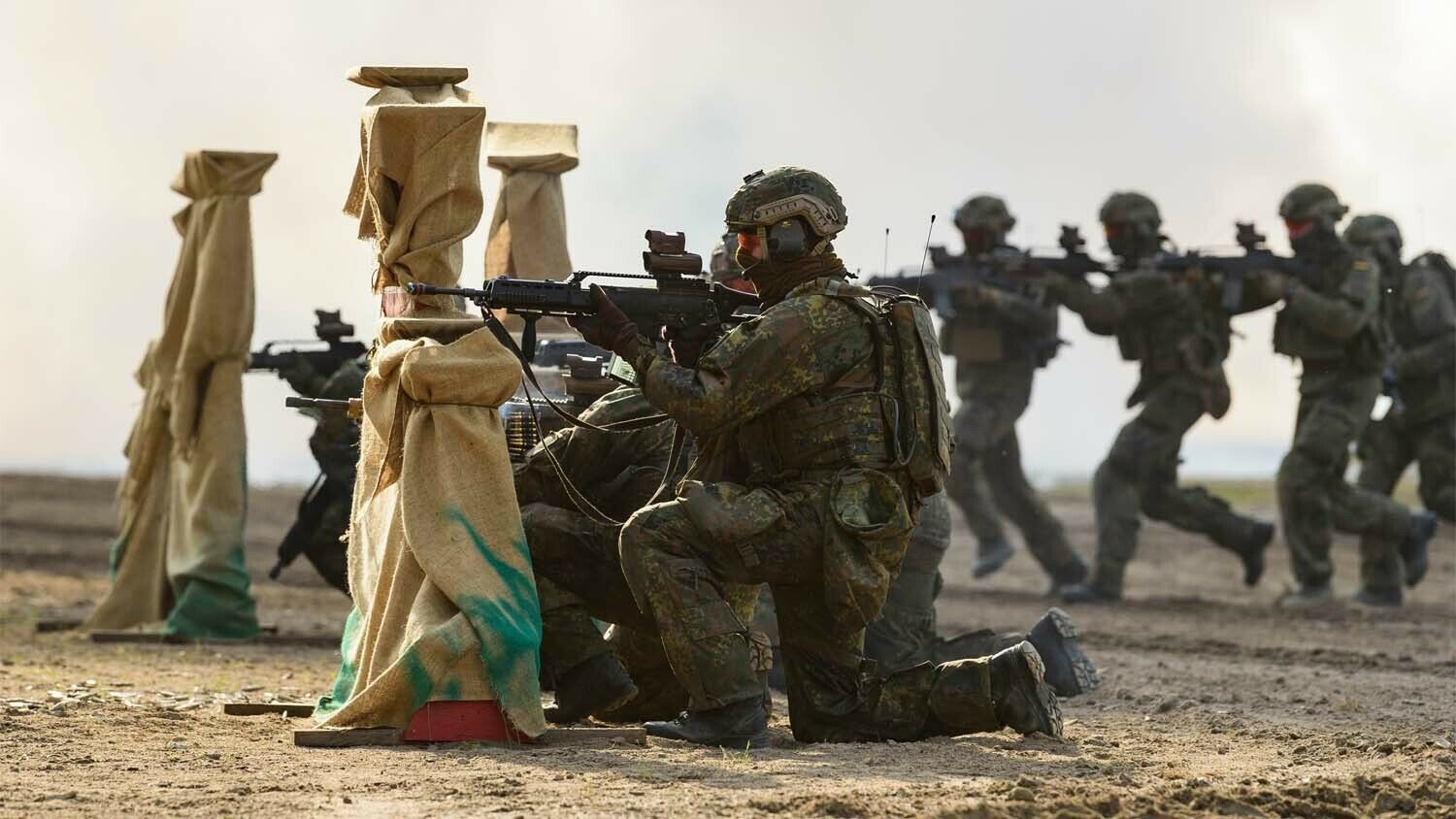 Europe is rising as a threat to world peace.

Afghanistan has proved to many that Europe needs its own military capabilities to defend its global interests. “We need to draw lessons from this experience,” European Union foreign policy chief Josep Borrell told Italian paper Il Corriere della Sera in an interview published on August 30. “As Europeans, we have not been able to send 6,000 soldiers around the Kabul airport to secure the area. The U.S. has been; we haven’t.”

In response to America’s rapid withdrawal and the EU’s inadequate preparedness, Europe is pushing once more for a united military force.

Borrell said that in order to be better prepared in the future, EU governments must push ahead with a European rapid reaction force and accelerate efforts to build a common defense policy. Specifically, EU members need an “initial entry force” of 5,000 soldiers. “We need to be able to act quickly,” he warned.

Reuters wrote: “In May, 14 EU countries, including Germany and France, proposed such a force, possibly with ships and aircraft, to help democratic foreign governments needing urgent help. First discussed in 1999 in connection with the Kosovo War, a joint system of battle groups of 1,500 personnel each was set up in 2007 to respond to crises, but they have not been used because EU governments disagreed on how and when to deploy them.”

The EU’s strength is curbed by its continued lack of unity. But with each escalating crisis, it becomes increasingly clear that the member states have to bond together.

Another aspect that held back military unity was Britain’s reluctance. In the 2000s, Britain disapproved of EU military deployments due to domestic opposition to an EU army. “With Britain’s departure from the bloc, the EU executive [Borell] hopes the idea can be revived,” Reuters wrote.

Events in Kabul show: “The West” no longer exists and U.S. President Biden will not revive it. …

Joe Biden has been given many nicknames in the course of his career, and none of them were really intended as compliments: Creepy Joe; Quid Pro Joe; not to mention Donald Trump’s appellation, Sleepy Joe. Meanwhile, few Europeans would describe the U.S. president as sleepy. Rather, policymakers in the major European capitals, from Berlin to Vienna to Brussels, have collectively slept through the fundamental upheavals in the trans-Atlantic relationship. The “West” as we know it or thought we knew it no longer exists. Biden will no more rebuild it than his predecessor Trump destroyed it. This fact is becoming a bitter certainty in light of the tragic developments before our eyes in Kabul. …

Nostalgia means the glorification of the past …. More seriously, nostalgia over glorifying the past also distorts one’s view of the present. Hence the idea that Biden, as Obama’s longtime deputy, will help the “West” achieve its old greatness and make the accident of the Trump presidency a thing of the past. Both are false. The West is dead, and has been for some time, and Biden will not revive it. That much should have been clear to everyone after the first six months of his presidency.

In 2014, former German Defense Minister Karl-Theodor zu Guttenberg warned in “The Return of Europe’s Sleepwalkers”: “The U.S. administration is obviously overwhelmed, but EU leaders don’t even worry about not knowing what to do. … Today we see the menacing signs multiplying, but we have not been willing to accept the fact that armed conflicts have come to Europe’s doorsteps again. Today’s sleepwalkers do not recognize the consequences of their inaction. It is time to wake up.” Guttenberg believes Europe needs to wake up to the geopolitical realities it is facing and unite militarily.

The late Herbert W. Armstrong foretold at the end of World War ii that Germany would rise to dominance over Europe and its armies. He forecast a “coming United States of Europe” with a European army. He based this forecast on Bible prophecy.

Revelation 17:8 describes a beast, symbolic of a major world power, that “was, and is not.” This beast exists, then vanishes—only to then “ascend out of the bottomless pit.” Based on these and other scriptures, Mr. Armstrong knew that Germany’s militarism would rise again, but this time with the strength of Europe’s armies behind it (verses 12-13).

The last time this military spirit was aroused was during the time of Adolf Hitler. In a speech thanking the Reich’s security forces, Hitler said: “The great time is now dawning; Germany has now awakened. We have won power in Germany; now it is up to us to win over the German people.”

Germany “awakened” and World War ii erupted. The Bible warns of a far more brutal war coming. Today’s world events are hastening toward the fulfillment of these prophecies. Read “Europe’s Push Toward a Unified Military,” to learn more about these striking developments and prophecies.

Concerning the prophecy in Revelation 17, Trumpet editor in chief Gerald Flurry notes in Prophesy Again: “John was astonished by this vision he saw—this monstrous beast that would come onto the scene in this end time. But the world is going to experience the horrifying reality, and it’s going to do much more than astonish!”

For more than three decades, Mr. Flurry has continued Mr. Armstrong’s Bible-based warning message. He is prophesying again, as God commissions His Church in Revelation 10:11. Europe’s military rise is a sobering warning to this world. But God’s message that accompanies the warning is also filled with hope. I encourage you to request a free copy of Mr. Flurry’s booklet Prophesy Again to learn about the big picture of the dire news stories that we read every day.