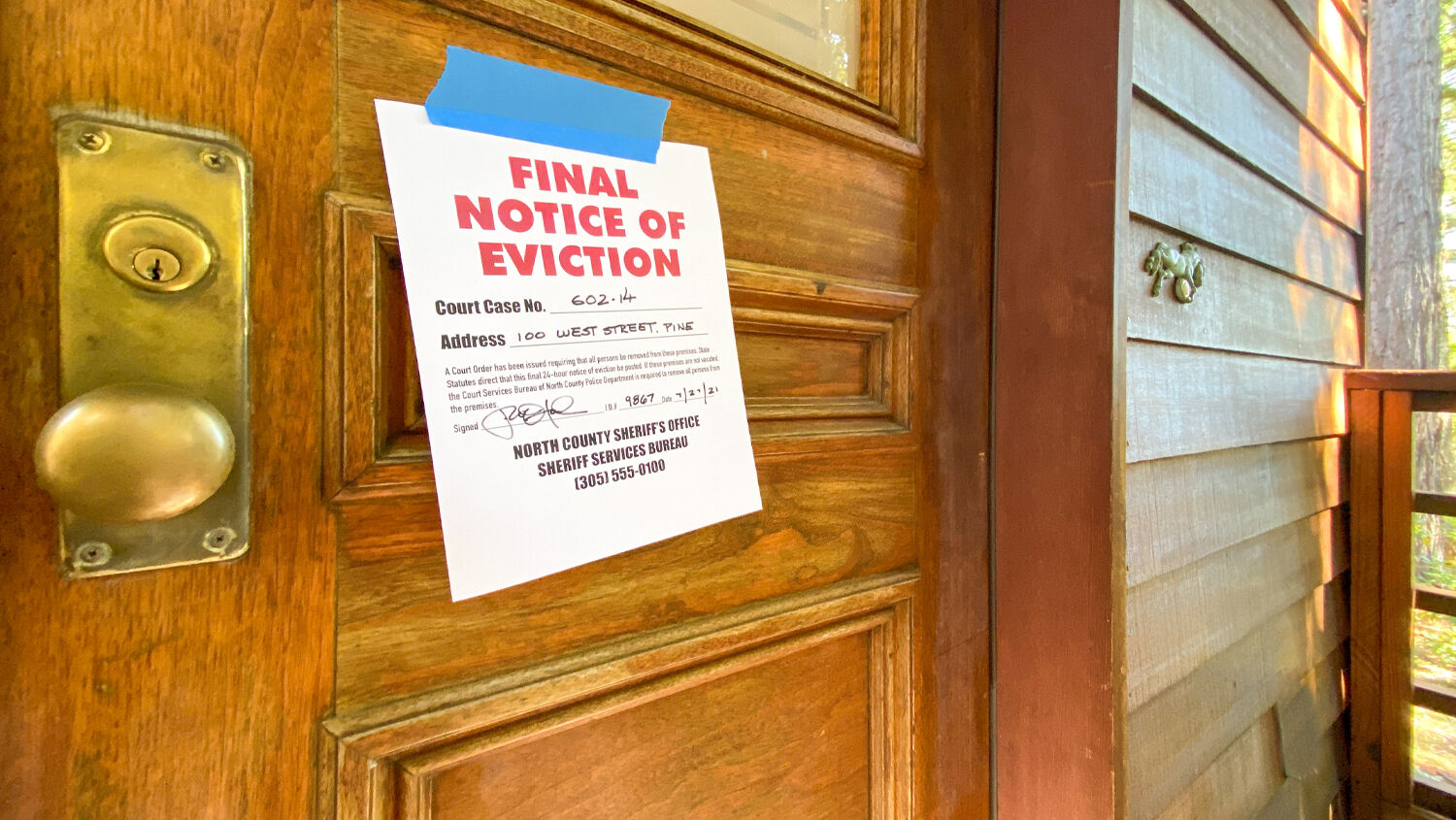 The federal government is making housing inequality much worse.

The United States Supreme Court has lifted the Biden administration’s federal ban on evictions, siding with landlords who say the government cannot force them to allow people to live on their land rent-free. Three liberal justices dissented, but a majority ruled that only Congress could impose an eviction moratorium. Joe Biden’s attempt to use the Centers for Disease Control and Prevention to enact such a moratorium was unconstitutional.

“The moratorium has put … millions of landlords across the country at risk of irreparable harm by depriving them of rent payments with no guarantee of eventual recovery,” the Supreme Court ruled on August 26. “Many landlords have modest means. And preventing them from evicting tenants who breach their leases intrudes on one of the most fundamental elements of property ownership—the right to exclude.”

White House Press Secretary Jen Psaki called the decision disappointing, though she should not be surprised by it. Biden himself admitted that “the bulk of the constitutional scholarship says that it’s not likely to pass constitutional muster” just before he announced that he was extending the moratorium anyway. So even the radical leftists pushing for this moratorium admit it was unconstitutional and illegal.

The congressionally approved cares Act eviction moratorium enacted on March 27, 2020, has already cost landlords between $12 billion and $17 billion in lost rent revenue—and the Biden extension would have cost them billions more. The government-enforced covid-19 lockdowns triggered the worst unemployment crisis since the Great Depression and pushed 2.5 million to 3.5 million American households behind on their rent. Then the government-enforced evictions moratorium allowed these households to stop paying their rent. Now that the moratorium is ending, Goldman Sachs estimates that 750,000 households could face eviction this year. And if these evictees declare bankruptcy, their former landlords may never get their rent money.

The Biden administration is now pushing for emergency rental assistance, but this will not do much to mitigate the damage that government-enforced lockdowns and eviction moratoriums have done to America’s middle class. Most rental properties in the United States are managed by middle-class individuals who own less than four units; depriving these individuals of their rental revenue for even a short period of time could force them to sell their units to a wealthy landlord or even become renters themselves.

Owning a home is the single greatest source of wealth for middle-class Americans, yet corporate investors bought up 15 percent of U.S. homes for sale in the first quarter of this year. This move has helped drive up home prices to historic highs. According to Slate, these investors are “buying up the stock of relatively inexpensive single-family homes built since the 1970s in growing metro areas.” These investors are likely taking advantage of the economic malaise caused by covid lockdowns and eviction moratoriums to buy houses from people in a tough financial situation so they can sell them a few years down the line.

Whether the Biden administration realized it or not, the government’s response to the covid-19 pandemic is making housing inequality worse by prompting small-scale landlords and middle-class homeowners to sell houses to the wealthy to make up for the fact that they cannot collect rent during the eviction moratorium.

The economic system described in the Bible is a capitalist system with some special provisions: Moneylenders are forbidden from charging interest to a fellow citizen (Exodus 22:25), and every household is guaranteed a piece of property that may never be permanently sold outside their extended family (Leviticus 25:8-17). (Please read “A Stable and Beautiful World Economy—Coming Soon” for more information.)

These statutes prevent the stratification of society into an ultra-rich and ultra-poor class by discouraging debt and making sure every family at least has the means to support themselves if they choose to. Yet America has ignored these statutes and enacted numerous unconstitutional power grabs that violate private property rights and make people more reliant on the federal government for support. The result will be an ultra-rich upper class in bed with the government, and an ultra-poor lower class oppressed by the government.

America’s social structure is being fundamentally transformed. This transformation is reminiscent of a transformation that occurred in ancient Israel during the reign of King Jeroboam ii. Israel expanded its borders and took control of the trade routes connecting the Assyrian and Egyptian empires. A new class of powerful elites grew rich trading in olive oil, wine and war horses. But these elites used their wealth to exploit their own people, and the gap between the rich and the poor grew larger (Amos 6:1-7). In King Solomon’s time, every man in Israel dwelt safely “under his vine and under his fig tree” (1 Kings 4:25). But in King Jeroboam ii’s time, powerful elites oppressed “the needy, even to make the poor of the land to fail” (Amos 8:4-7).

The Prophet Amos condemned these powerful elites who “put far away the evil day”—prophesying that the Assyrians would invade and that these selfish leaders would be the first to be taken captive to a foreign land.

The socialist central planners working for the Biden administration like to present themselves as champions of the poor, but they are not much different from the feudal aristocracy that governed Israel in Jeroboam’s time. Their goal is to enrich themselves and keep the masses reliant on the government by blocking any attempts to achieve economic independence. Donald Trump built his campaign on a promise to drain the swamp and start fighting for the interests of everyday Americans. But his campaign will be short-lived if people do not repent of the sins that brought the nation to where corporate executives, establishment politicians, and bureaucrats could take over and start making decisions that empowered themselves and oppressed everyone else.

To learn more about how the book of Amos gives us a clear indication of where America is in the time frame of Bible prophecy, please read The Lion Has Roared and Great Again, by Trumpet editor in chief Gerald Flurry.